The Hydrogen Generation: These Gas Turbines Can Run On The Most Abundant Element In the Universe

If you studied chemistry in school, the memory of hydrogen will be a blast from the past — literally. You can’t see or smell hydrogen, but you know it’s there when you hear a squeaky pop when holding a lit match above the test tube. Hydrogen’s easy flammability and unparalleled lightness make it easy to understand why NASA uses it as rocket fuel. (It also happens to be the most abundant element in the universe.)

Tamed and safely stored in a container, the gas has another virtue: When it burns and combines with oxygen, it can produce electricity that delivers zero carbon dioxide emissions, only water and heat. This seemingly perfect — albeit potentially explosive — marriage has had the energy industry and environmentalists alike excited about hydrogen's potential as a clean fuel alternative for generating electricity. “Our turbine customers constantly ask how they can take advantage of hydrogen to generate low-carbon power,” says Jeff Goldmeer, who works on gas turbine products for GE Power. “I tell those customers: It’s possible right now.”

Goldmeer, who used to work at NASA running combustion tests on its low-gravity research aircraft, says that GE’s gas turbines already boast a long history of burning hydrogen blended with natural gas, which has a long list of benefits, in a wide range of concentrations. GE has installed more than 70 gas turbines in the U.S., Asia and Europe that are currently or have significant past experience burning fuels that contain hydrogen to generate electricity. Together they have racked up more than 4 million operating hours.

For instance, the DLN 2.6e combustion system on GE’s record-breaking HA machines — the world’s fastest-growing fleet of gas turbines — has the ability to burn fuel that contains up to 50 percent (by volume) hydrogen in certain applications. It’s no happy accident, either. GE developed the combustion technology as part of a U.S. Department of Energy program to make a gas turbine capable of burning high concentrations of hydrogen.

And hydrogen is also in ready supply inside many factories. For example, hydrogen is present in the coke oven gas and blast furnace gas that are by-products of the steelmaking process, as well as in the waste gases of an oil refinery. Instead of flaring the hydrogen-rich gas, plant operators can feed this fuel into their turbines to generate power for the plants. 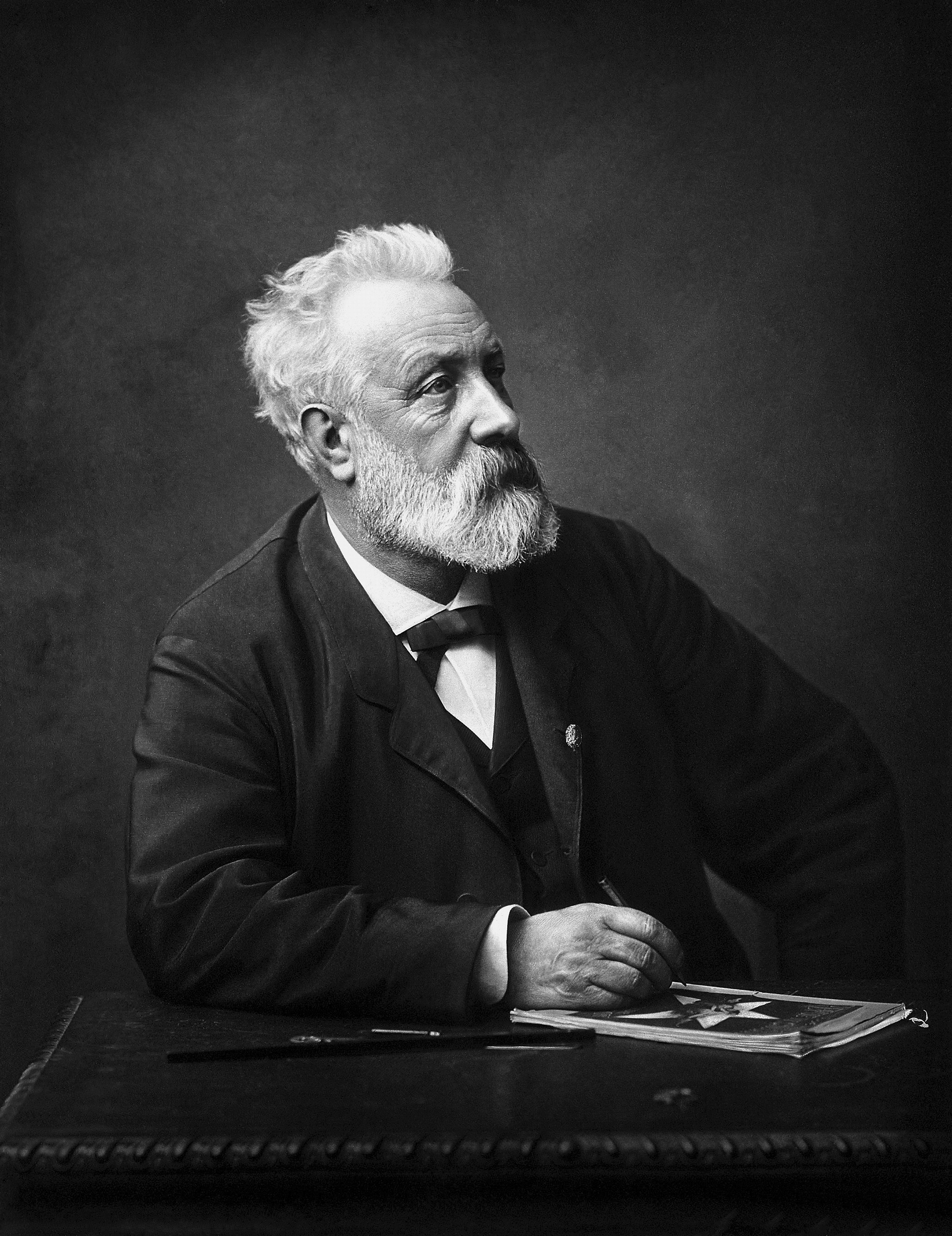 Top image: The space shuttle external fuel tanks contained the liquid hydrogen fuel and liquid oxygen oxidizer. In 2016, one of them traveled from NASA's Michoud Assembly Facility in Louisiana to the California Science Center in Los Angeles. Image credit: Mintaha Neslihan Eroglu/Anadolu Agency/Getty Images. Top: French author, poet, and playwright Jules Verne, predicted in 1874 that water’s two constituents, hydrogen and oxygen, “used singly or together,” would eventually furnish mankind with an inexhaustible source of heat and light. “It looks like he could have been scarily right,” says GE's Jeff Goldmeer. Image credit: Getty Images.

Take the Gibraltar-San Roque oil refinery in Spain, where the GE-made 6B.03 turbine has logged thousands of hours burning a blend of fuel gas and hydrogen. This same 6B.03 machine is also working in a South Korean refinery, where it has racked up more than 20 years burning a fuel blend containing more than 70 percent hydrogen. This turbine has even gone all the way up to a 90 percent hydrogen blend.

For eight years, a petrochemicals plant in Louisiana has also been feeding a blend of hydrogen and natural gas to its four GE-manufactured 7F gas turbines. These hydrogen-ready turbines allowed the operators of the industrial plants to save millions of dollars on their supplies of natural gas, which would be the “traditional” fuel for the machines.

Hydrogen-ready turbines could also have a big role to play in the world’s efforts to reduce carbon emissions. If you blend hydrogen with the natural gas supply to these turbines, you can take a hefty chunk out of a grid’s carbon emissions. For instance, using a 5 percent blend of hydrogen in the natural gas supply to GE’s 9F.03 gas turbine reduces its annual CO2 emissions by nearly 19,000 metric tons. A 50 percent blend saves 281,000 tons, while a 95 percent blend cuts CO2 emissions by a whopping 1.04 million tons. That’s equivalent to the annual carbon footprint of nearly 70,000 Americans. “The beauty of these turbines is their fuel flexibility,” Goldmeer says. “They’re part of the solution. 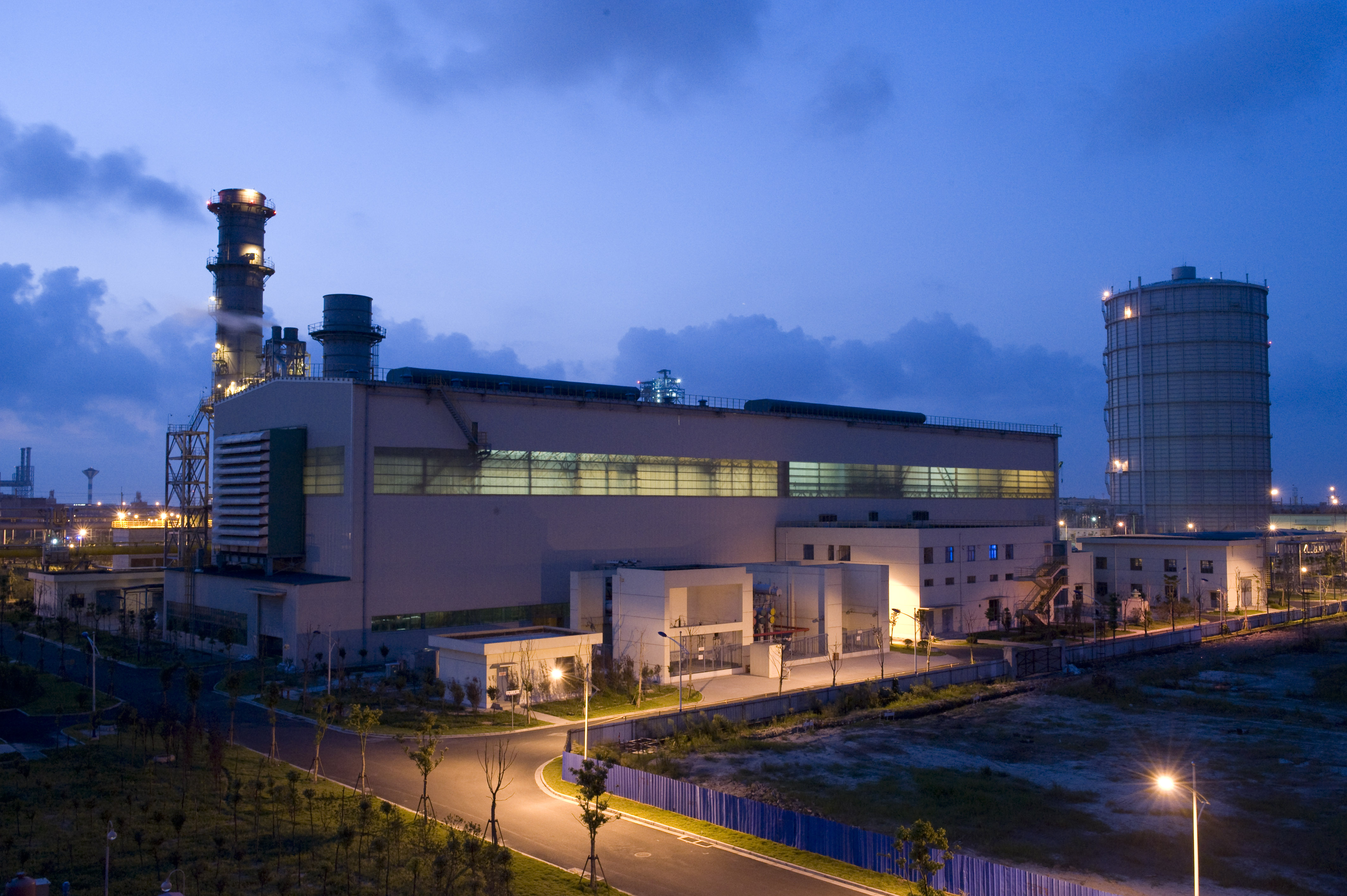 For example, in both 2015 and 2016, Germany and the U.K. together recorded around 5 terawatt-hours of “curtailed” wind power — electricity that could have been produced but wasn’t, due to lack of demand and other factors. That’s enough to power all of India for an entire day. But what if all that that wasted wind power could instead be used for electrolyzing water, a process that uses an electric current to split water —H2O — into its constituent atoms and generate oxygen and hydrogen. This way, you can have hydrogen, a potent fuel with zero-carbon emissions that has itself been produced by harnessing carbon-free wind power that would otherwise have been wasted.

“There are many ways to create carbon-free power, including injecting that hydrogen into the entire gas grid to create electricity from existing gas turbines,” says Goldmeer. The GE engineer points to a quote from Jules Verne, the French father of science fiction writing, whose books were full of memorable technological prophecies.

Verne said in 1874 that water’s two constituents, hydrogen and oxygen, “used singly or together,” would eventually furnish mankind with an inexhaustible source of heat and light. “It looks like he could have been scarily right,” says Goldmeer.