For the Long Haul: This Huge Engine Helped Shrink The World. It Just Hit 25 Years In Service 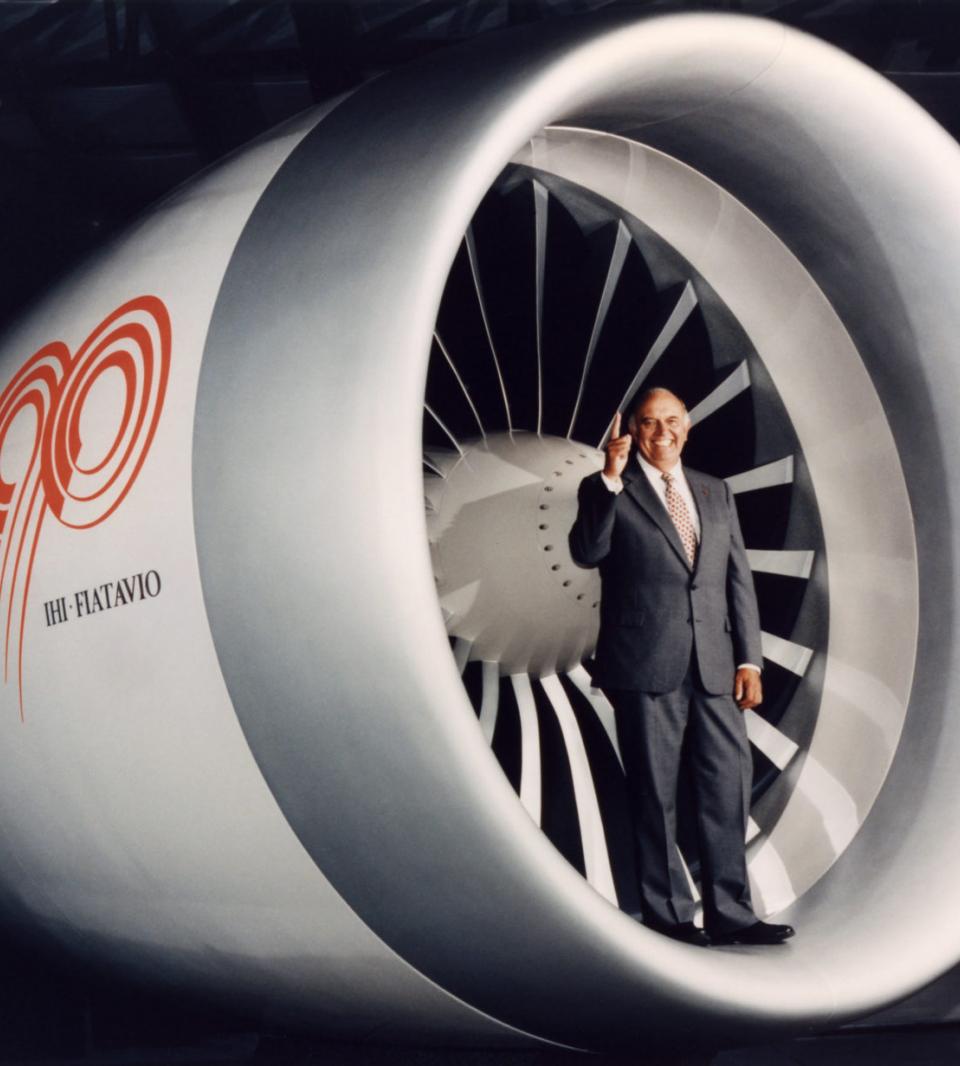 Time was, it took four engines to power an aircraft on a long-distance flight — but the GE90 helped change all that. Introduced in the 1990s, the iconic engine allowed large Boeing 777 passenger jets to travel with just two engines, lowering fuel and maintenance costs and ushering in a reinvention of the logistics, economy and aesthetics of jet travel. The GE90 reigned as the world’s most powerful aircraft engine until last year — when it was dethroned by another GE machine, the GE9X. But it’s still racking up achievements: The engine surpassed 100 million flight hours earlier this year. And on Nov. 17, it marked another milestone, hitting 25 years since it entered service under the wings of a Boeing 777 operated by British Airways.

But the GE90 is by no means ready for retirement. GE has delivered more than 2,800 GE90 engine, which comes is several variants, to 70 operators around the world. GE Aviation Capital Services also recently received the first order for a cargo variant of the 777 jet from Kalitta Air.

The GE90 also launched an innovation revolution that paved the way to GE’s latest power and yet fuel-efficient engines. “It all started with this engine,” said Jim Elliott, a principal engineer at GE. “It has exceeded all expectations and become the envy of the industry.” Record-breaking thrust was just the beginning: The technologies developed for the GE90, including 3D-printed components and fan blades made from tough, lightweight carbon fiber composites, served as a springboard for engines like the GEnx and the GE9X. (There was also the sheer elegance of the flared shape of the fan blade, which helped the engine efficiently capture air — and landed the blade in the collection of New York’s Museum of Modern Art.) Over the last quarter-century, the engines have covered approximately 55.7 billion miles — equivalent to 300 round trips to the sun.

Top image: The late Brian Rowe with the GE90. Rowe led GE Aviation from 1979 to 1993 and launched several new jet engines, including the  GE90.