Kalitta Air is on track to be first in the air with the biggest passenger jets ever to be converted to carry cargo.

The 777s are considered the workhorse of long-haul passenger aviation. Powered by a pair of giant GE90 engines — which for a long time was the world’s most powerful commercial jet engine — the planes have allowed airlines to link continents and cities as distant as Los Angeles and Dubai with pre-pandemic frequent nonstop flights.

But this summer, one specimen that used to carry people arrived at an Israeli airfield for a transformation into an air cargo freighter. The plane will be used as a prototype for a program that will convert the giant planes into a cargo configuration, with each able to carry 100 tons of goods around the globe. As the 777-300ER replaced the iconic four-engine Boeing 747 jumbo jet for passenger airlines, the 777-300ERSF — with the “SF” indicating “special freighter” — is set to bring the same twin-engine efficiencies to cargo operators. (To be sure, a number of cargo operators, including Kalitta, still fly purpose-built 747 freighters.)

GECAS has partnered with Israel Aerospace Industries to convert the planes and has signed up for 15 of the converted freighters. From the first blueprint to the first payload, the conversion program involves over 200 people and will take approximately 39 months to clear the myriad of steps including concept and design phases, physical conversion and regulatory certification hurdles. For example, the team needs to cut major sections of the fuselage for a new cargo door, install a rigid barrier inside the plane that can withstand forces up to 9 Gs and replace the floor of the passenger deck, made from a carbon composite, with reinforced aluminum. “Everyone thinks converting an aircraft from passenger to freighter is a simple process,” says Richard Greener, senior vice president and manager of GECAS Cargo. “Instead it involves similar principles and regulatory requirements that you would face when producing a factory new-build aircraft.” 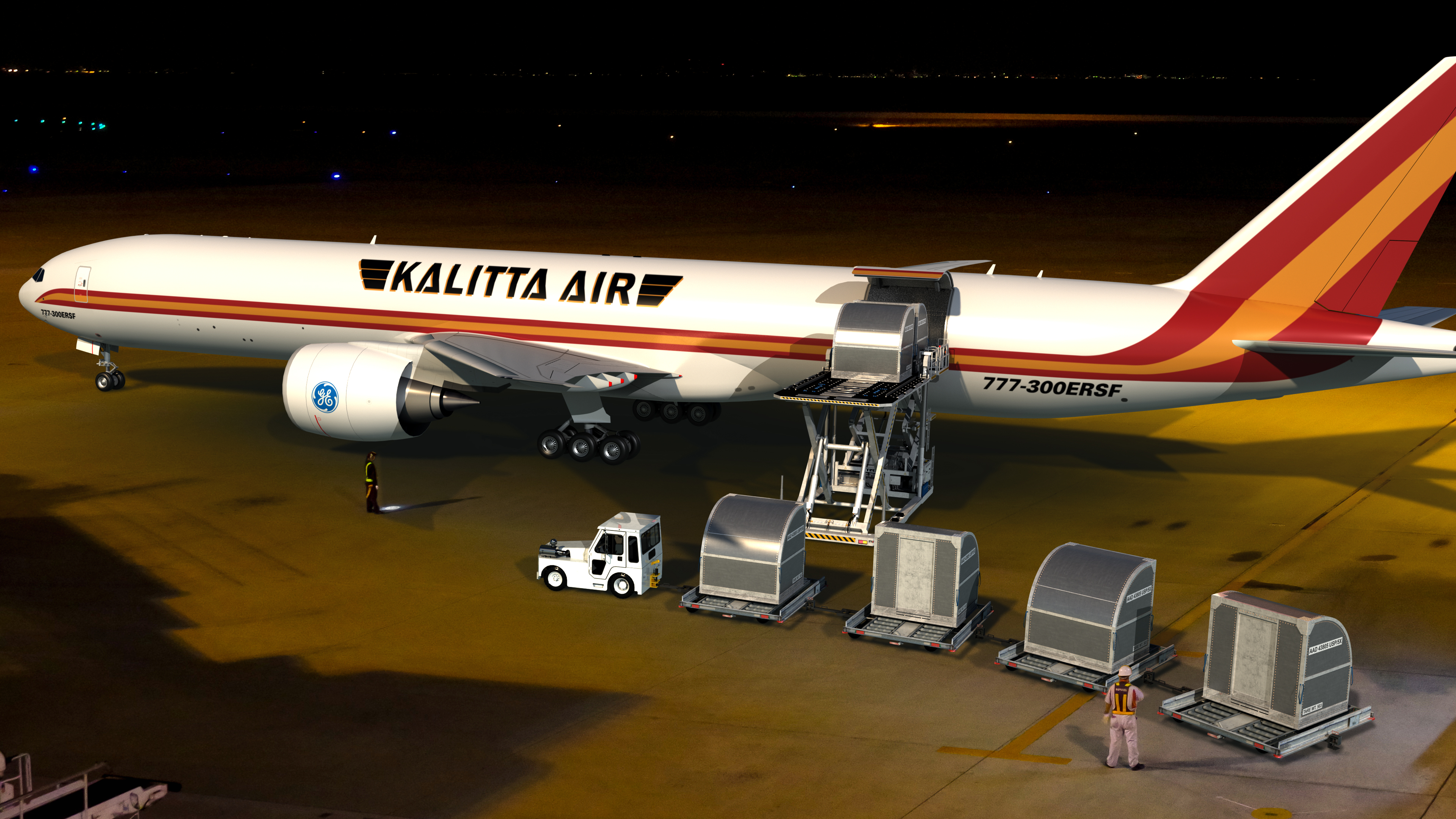 For example, engineers use sophisticated models to analyze how the conversion will affect the aircraft. With all the planned changes, they must also assess how stresses in the plane’s fuselage have shifted and what additional reinforcements they need to make. The ultimate goal is to minimize the weight of the plane and maximize the payload to make it as cost-efficient as possible. “What we're witnessing is really a re-engineering of the aircraft,” Greener says.

The modifications will enable the plane to carry many different kinds of cargo, including express shipments, online orders and perishables, as well as oversized freight — even live horses or aircraft engines. “The addition of these 777-300ERSF freighters will help us meet the needs of our customers by providing air express delivery all around the world for virtually any type of freight,” says Conrad Kalitta, owner of Kalitta Air.

Commercial-to-freight conversions are expected to be a growing business for GECAS as cargo traffic is expected to grow significantly in coming years. Last year, for example, GECAS started leasing converted Boeing 737-800BCF jets to Amazon. Boeing projects that such market segment will double over the next 20 years, and that the world’s freighter fleet will expand from about 1,870 to 3,260 freighters. More than 60% of the new volume will be passenger-to-freighter conversions.

More information about the 777-300ERSF, also known as the Big Twin, can be found on the program’s website. And in case you’re wondering what a Boeing 777-300ER looks like on the inside, a few years ago the American aviation enthusiast Luca Iaconi-Stewart built a detailed model of the plane from paper. The model includes details like bolts, hydraulic pipes and hinges, and features amenities such as food carts, galleys and the hidden crew “rest module” that most passengers never get to see. GE Reports talked to Iaconi-Stewart about the project — find that story here and the video below.