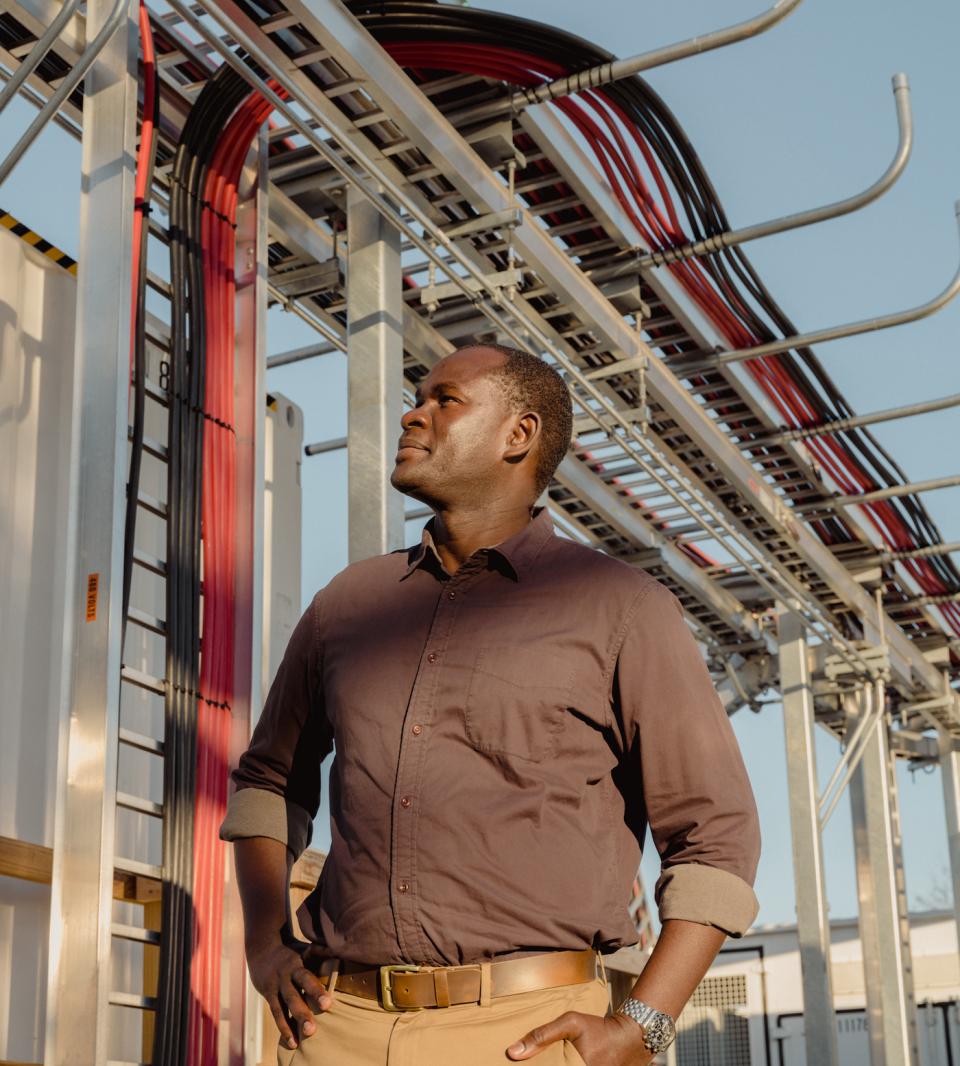 Growing up in Senegal, Ibrahima Ndiaye spent a lot of time taking apart radios and fixing TV sets and learning math from his father, a teacher at a local college. He went on to study electrical engineering in Morocco, got his PhD in Canada, and a decade ago landed at GE Research, in Niskayuna, New York.

His first task was to look for ways to modernize the electrical grid, those huge power networks with millions of branches that reach from power plants to homes and businesses and ferry electricity sometimes across entire countries. For Ndiaye, the ubiquitous transformer was a good place to start. There are few parts of the grid more important than the transformer. Its basic function is to boost voltage at the power plant for efficient transmission over high-voltage wires. At the other end, sometimes hundreds of miles away, another series of transformers bring the voltage down so it can go safely into your wall socket.

But here’s the rub: The transformer is essentially a living fossil dating to the dawn of electricity, its design mostly the same. Ndiaye wants to change that. He’s leading the charge to develop a new kind of “flexible” transformer that could help protect the grid from contingencies like power line failures or extreme weather, help prevent severe outages, and restore power faster when they happen, and help operators bring more renewables online. At the same time, it could also make the modern grid cheaper to build and maintain.

Last year, GE and Prolec GE, a subsidiary of a 50-50 joint venture between GE and the private company Xignux, successfully piloted what is believed to be the world’s first flexible power transformer in Columbia, Mississippi, at a site operated by Cooperate Energy, a local utility. The U.S. Department of Energy’s Office of Electricity funded the project. Engineers at the site were able to run the device through a number of tests and field exercises to successfully validate its performance. This technology is part of a comprehensive portfolio of grid hardware and software technologies GE is advancing to help transform the grid and bring it into the 21st century. (Beginning in 2024, Ndiaye will be part of a group of researchers aligned to the new advanced research center for the planned GE Vernova company, one of three industry-leading research labs being created from GE Research when the company spins are complete.*)

“The flexible transformer design came from the need to have a device that’s a little bit more versatile,” Ndiaye says. “Today, transformers are very expensive, and their procurement takes a lot of time.”

It’s hard to overstate the importance of the electrical grid when it comes to meeting net-zero emission targets over the coming decades. Countries are switching from coal to natural gas, adding hydropower storage, erecting wind turbines, and studying the next generation of nuclear reactors. One component common to all these efforts is the electrical grid. And despite their massive size, they must always maintain a delicate balance between demand and supply to keep the system from crashing down.

This balancing act was hard enough when power moved one way from conventional power plants with predictable output to consumers. Adding power-hungry and highly variable loads like electric vehicles and weather-dependent energy sources like wind and solar farms to the push-and-pull, including homeowners with rooftop panels who can now sell power back to the grid, raises this complexity to a new level.

“The grid is the largest industrial system built by mankind,” says Vera Silva, chief technology officer at GE Renewable Energy’s Grid Solutions unit. She says that the modern grid must “facilitate the access” to all of these sources while ensuring “that the system is working like a Swiss clock.”

Keeping everything in balance and working — in an era when freak weather events can suddenly bring portions of the power system to its knees — is even more impressive when you realize that much of the technology that forms the backbone of the grid was invented more than a century ago.

“Like much of the grid, transformer design hasn’t changed over the last 100 years,” says Ndiaye. “If William Stanley, the inventor who built the first practical transformer, came today, he would point at a transformer and say, ‘Hey, this is my design. We added a little bit of control and monitoring here and there, but in general, nothing has changed.’” (Stanley merged his transformer business with GE in 1903.)

Other factors to consider: Today about 70% of transformers on the grid are older than 25 years, and some 15% already reach or exceed their average life expectancy of 40 years. 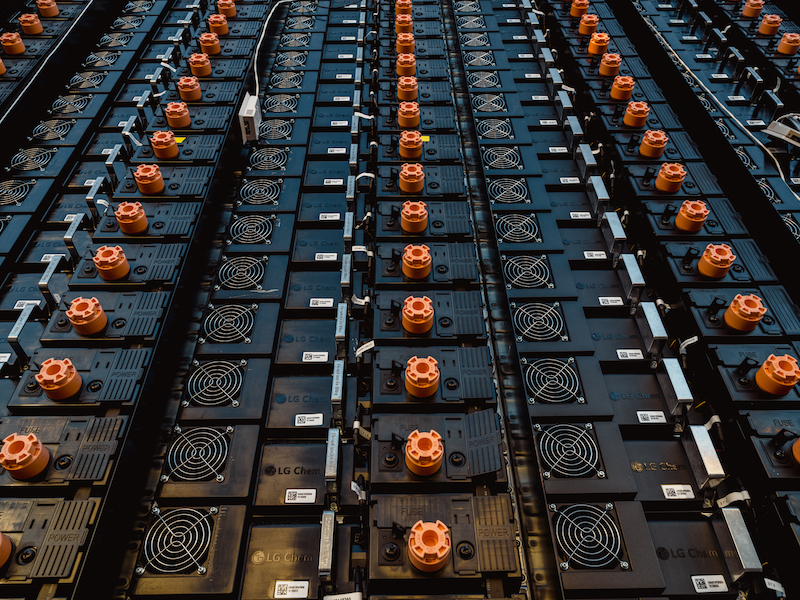 The reason transformers are expensive and difficult to procure is because “they are tailored to the application that a utility wants, the location where it goes, the voltage it will handle, what will be the power that you need, and other factors,” says Ndiaye. “The manufacturer will design it exactly that way. As a result, it can only serve at that location or a location that is identical.”

It’s kind of like walking to a store and buying a radio that’s tuned to a single station — say, NPR in New York City — and comes with preset volume so you can listen to it in your home. But if you take it out to noisy Times Square or to a different city, you will be out of luck if you want to listen to your favorite show.

The flexible transformer is more like a traditional radio set. It essentially allows grid operators to “tune” their transformers to the locations where they want them to work. “Today, if I have to replace a transformer, or if it fails, I have to have one ready exactly as a twin; otherwise I’m not going anywhere,” Ndiaye says. “If I don’t have a spare, I need to wait two years or three to have one come in. If you are transporting a lot of power and suddenly you cannot do that anymore for a long period of time, you lose a lot of reliability.”

As a result, utilities hold a lot of spare transformers, which can be pricey. “If I have 20 different transformers, I technically need 20 spares,” Ndiaye says. But with the flexible transformer, “I will be able to run the same amount of transformers with the same reliability with one spare. Think about how much this will help reduce your inventory cost.” 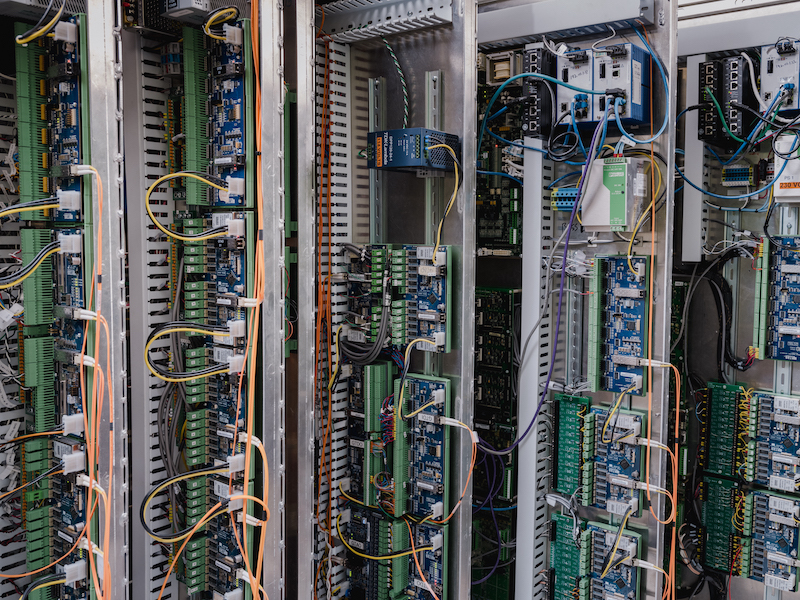 Being able to reconfigure the flexible transformer to a location where it’s needed and dramatically reduce costs will be a huge benefit. But there’s more. The flexible transformer also comes with a new “knob” that allows operators to alter the transformer’s impedance, kind of like changing the volume at which your radio plays. This is something they couldn’t do before. Impedance is essentially resistance in circuits using alternating current (AC), and changing it as they please to respond to real-time conditions allows grid operators to change the grid condition and dynamically set it to more optimal conditions, for instance to bring more volatile power from renewable sources online. The output of a solar farm can change from minute to minute when clouds move over, potentially disturbing the delicate supply-and-demand balance that must exist on the grid.

Today, when wind output drops off, utilities can call for more generation from other sources, sometimes utilizing fossil fuels, or they must reconfigure their lines and change the flow of power. But the flexible transformer will be able to help here, too. “Imagine how big the grid is and all the incidents that can happen to that balance, as small as turning a light on and off, and larger, like a wind turbine not running as expected because of a weak breeze, or a cloud moving in over a solar farm,” Ndiaye says. “When you have a lot of renewables, your power can quickly disappear. That’s why you need much faster controls and flexible equipment to work with them. Being able to change the impedance can help you improve how you control the line and make it more stable and optimal.”

Being able to change impedance can also help them manage disruptions. For example, they can more quickly isolate parts of the grid that may have sustained damage, say, due to a severe storm, and protect other parts of the system from the fault cascading. 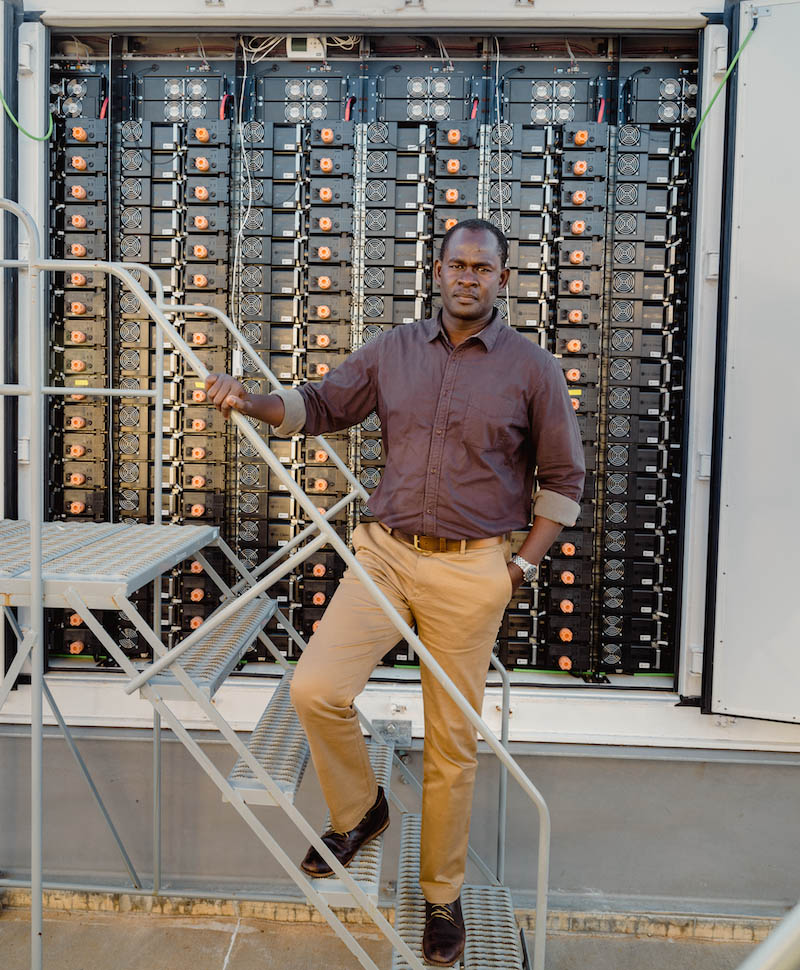 One of the brilliant features of the new flexible transistor is that the team has managed to sneak the new technology inside the same footprint taken by existing transformers. This is useful, given that transformers live in substations, which are often located on lots that can be difficult to expand, particularly in nearby cities. The design also utilizes true-and-tried materials like copper, steel, and mineral oil to speed up production, testing and adoption.

Following the successful completion of the program with the U.S. Department of Energy, Ndiaye was exuberant. “This is the first time in the world anyone has done it. The transformer is doing what it was designed to do, and has the potential to be a transformative technology in revolutionizing the grid to meet the challenges as we move toward a lower-carbon energy grid.”

* These plans may be subject to the outcome of legally mandated consultation in some parts of the world.