Catch Me If You Can: This GE-Powered Stealth Jet Still Wows The Crowds 40 Years After Taking Off From Area 51

Even the most experienced U.S. military pilots may have raised an eyebrow or two when they got their first look at the country’s newest secretive jet. The plane lacked afterburner — a part of the engine that gives fighter jets extra push and helps them go supersonic — it was unstable on all three flight axes without the help of an onboard computer, it had an odd, angular skin and it handled limited payload.

But there was one piece of information that trumped those concerns: the plane was nearly invisible to enemy radar. Now that’s something.

The jet was the Lockheed Martin F-117A Nighthawk. In June 40 years ago, under tight government security, it lifted off for the first time from a dry lakebed in Nevada — known popularly today as Area 51.

All those less-than-ideal fighter jet features were necessary to fulfill the plane’s core requirement — stealth. When the F-117 took off that day in June 1981, it became the first jet in the skies with stealth as its primary feature.

Now You See Me, Now You Don’t 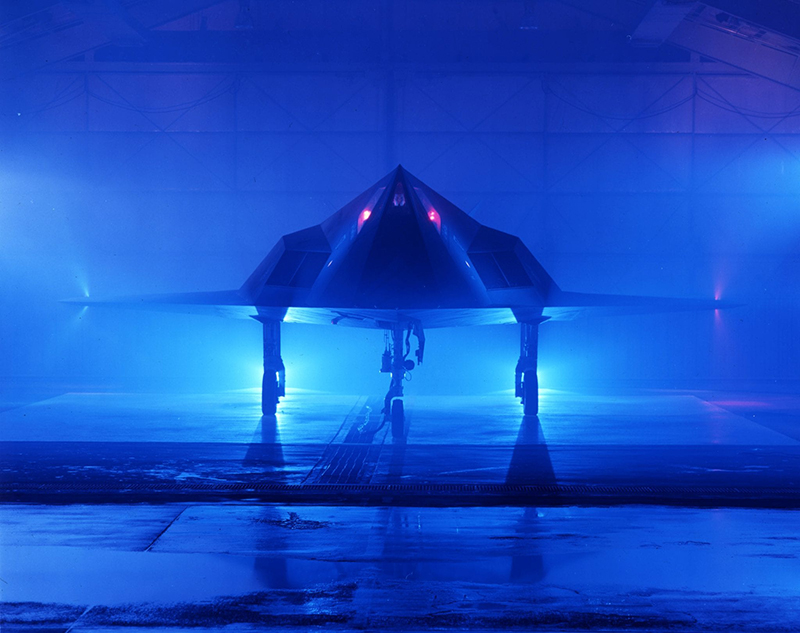 The U.S. held a technological edge over its adversaries during the Cold War, but contested airspace still posed significant danger to pilots and their planes. Enemy technology was advanced enough to lock on to U.S. fighter jets and take them out of the sky.

As a result, U.S. plane designers started to look for ways to minimize features that could give away an aircraft’s location. They had several tools in their arsenal. Going to subsonic flight cut noisy sonic booms caused by planes crossing the sound barrier. Dropping red-hot afterburners from engines reduced their infrared signatures. And utilizing flat surfaces helped disperse radar waves.

The F-117, and otherworldly-looking black jet that remained unacknowledged by the U.S. government until 1988, combined all of these attributes.

We Need An Engine 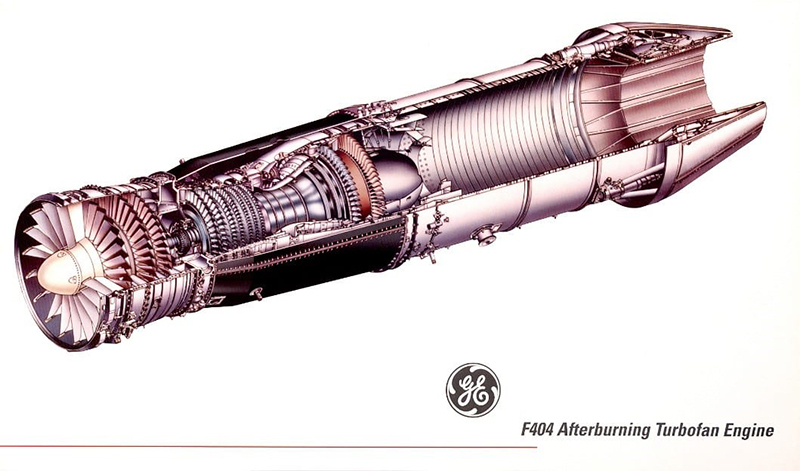 Around the time Lockheed Martin won the contract for the F-117 in 1978, another jet took to the skies for the first time. It was McDonnell Douglas’ F/A-18 Hornet, and GE designed the brand-new F404 engine specifically for the plane. Reliable, maintainable, lightweight and affordable, the engine quickly earned its stripes, and the Hornet became the backbone of the U.S. Navy’s fleet of fighter planes through the 1980s and ’90s. “If you looked out on the flight deck of an aircraft carrier during those years, you’d see mainly Hornets,” Tom Lodge, head of marketing for GE Aviation’s military engines business, told GE Reports.

The F404 also became an intriguing option for the top-secret aircraft. Unbeknownst to all but a few employees at GE Aviation’s plant in Lynn, Massachusetts, GE modified the engine for the F-117. This wasn’t the first groundbreaking, top-secret work carried out in the factory. During World War II, a team of engineers that became known as the Hush-Hush Boys had built the first U.S. jet engine there.

The modified engine for the F-117 was almost identical to the version inside the Hornet. In a separate assembly line made up of only government-cleared employees, GE built more than 100 of them. When Bill Formosi, the engine’s program manager from 2000 to 2004, saw the F-117 for the first time in person, at Holloman Air Force Base in New Mexico, “it just blew me away,” he says. “It’s probably the highlight of my career,” Formosi recalls. “When they got ready to launch the aircraft, they had us pile into the back of a pickup truck, and they followed the F-117 out as it taxied. People think, because of the special exhaust and no afterburner, that it doesn’t have much power—they’d be wrong. The aircraft powered up, and the whole truck was shaking.” 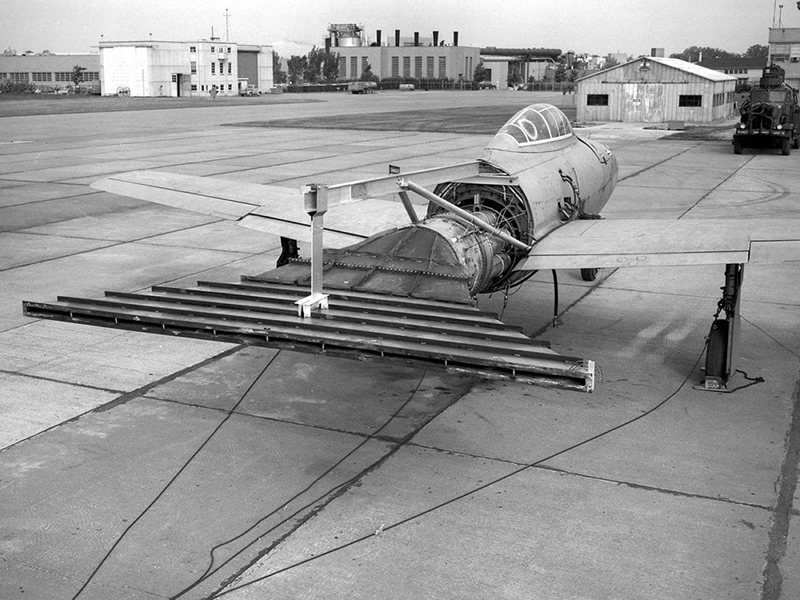 Formosi, who is still with GE Aviation as a materials and logistics manager, is one of the few remaining GE employees who worked on the secret program. He says that the team was able to take an existing engine that had the necessary thrust and weight and make “some minor tweaks to accommodate for the specialized inlet on the F-117.”

The F-117’s air intakes, unlike those on other jets of the time, were grilled and covered in a special radar-absorbent coating. There were also spring-loaded hatches that would open on the ground to get the engine more air. Once in flight, however, the hatches would close back up to preserve the aircraft’s stealth properties.

But the truly unique part of the engine, Formosi says, came from the tailpipe. “If you look at an F-117 from behind, you’ll notice you can’t see the engines like you would in other aircraft,” he explains. “That’s on purpose, and it had everything to do with keeping it stealthy.”

Rather than an afterburner like the F404 had on the F/A-18, there was a 12-stage tailpipe that went from circular, at the end of the engine, to flat at the end of the exhaust. “That was done to disperse the hot exhaust air across a greater area, which minimized its heat signature,” Formosi says.

The roughly 15-foot-long tailpipe also required layers of material to absorb engine heat, since excess heat could impact the radar-absorbent paint covering the outside of the jet.

Like many people who work in the industry, Formosi is a plane enthusiast. When he worked from home during the COVID-19 pandemic, he found an F-117 scale model kit that had been collecting dust at his house, which he believes someone gave him back when he was the plane’s engine program manager. He assembled and painted the model, and remarks that it is still “no doubt” his favorite aircraft ever.

He also recalls the moment when Lynn’s employees found out GE had built the engine for the aircraft. “Nothing philosophical to say. It was really just pride in knowing GE had a hand in it,” he said.

A version of this article originally appeared on GE Aviation: The Blog.