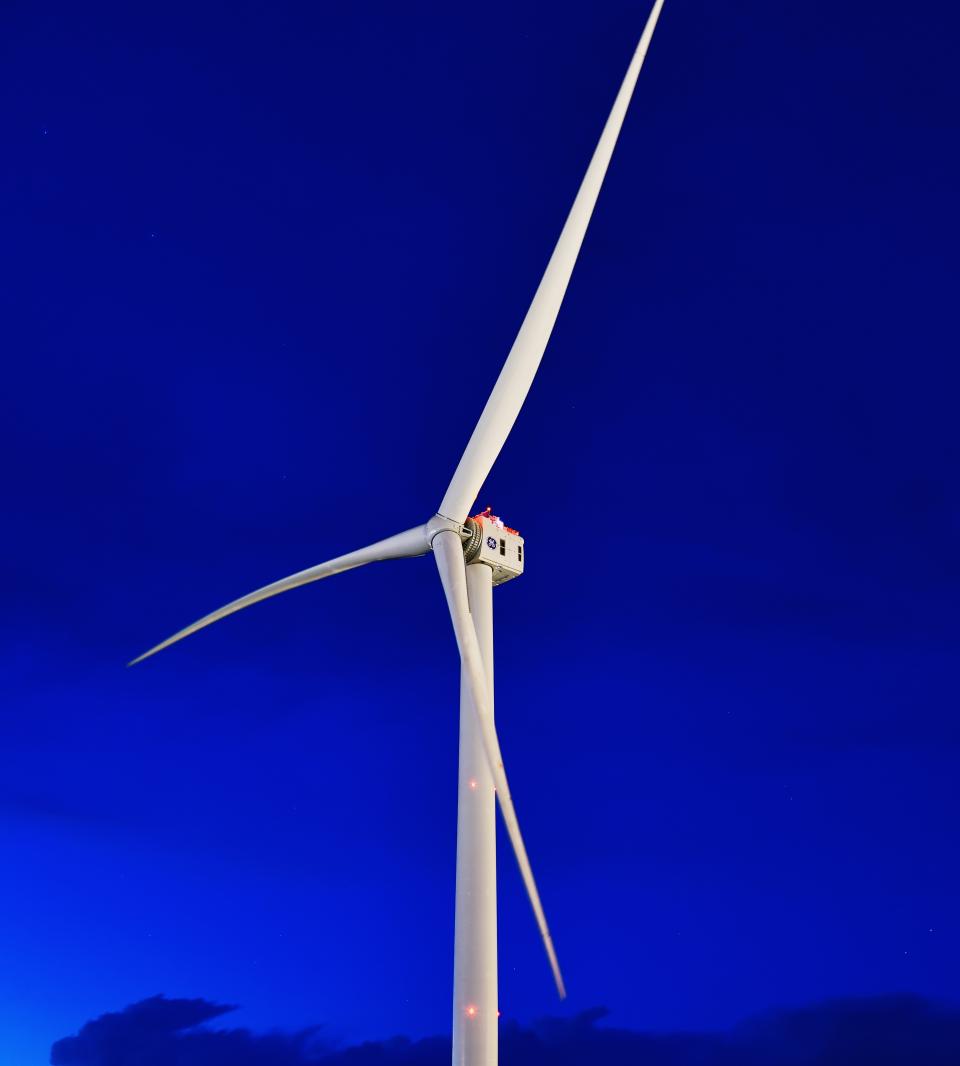 For hundreds of years, the art of casting industrial components has hardly changed: Design an object, create a model, use the model to build a mold and then cast your final product by pouring molten metal into the cavity formed by the model. The process is the same at foundries all across the world. But when the people at one of those foundries encountered additive manufacturing — better known as 3D printing — they quickly realized how radically the approach could disrupt the way they make things.

While some foundries casting parts for powerful wind turbines like GE’s Haliade-X are located in places like Spain and Germany, many are located halfway around the world from growing U.S. and European wind industries. The casting process takes months, requires multiple labor-intensive steps, and involves workers handling large amounts of molten metal. Then the final products must be shipped to the facilities where they’re needed, which can be thousands of miles away.

But what if new foundries could print the molds for turbine components on large 3D printers from a computer file and closer to customers? That was the concept a team from GE Renewable Energy pitched to one of its foundry partners during a recent visit, says Juan Paul Cilia, a senior designer at GE Renewable Energy.

According to the International Energy Agency (IEA), the world’s installed offshore wind capacity is expected to triple by 2025, and increase 15-fold by 2040, largely due to falling costs, supportive governments and technological advances. GE, together with Fraunhofer Institutes, one of Europe’s premier research organizations, and Voxeljet AG, the makers of huge sand binder jet printers, are now working on bringing one of those advances to the market. Together they are designing the world’s largest sand binder jet 3D printer for offshore wind turbine components, called the Advance Casting Cell (ACC).

In some ways, the binder jet technology is similar to laser-powered 3D metal printers, which use beams of light to melt and fuse layers of metal powder. The key difference is that the binder jet uses a binding agent to make the sand stick together, just like bakers use eggs to keep their pastries from collapsing. Another difference: A binder jet machine can print much faster than laser-based methods and also can produce larger parts.

With trials planned for early next year, they envision a machine that could print molds used for key turbine components that measure up to 9.5 meters in diameter and up to 4 meters high. It will also make some of the most time-intensive steps in the traditional casting process obsolete.

GE will supply turbine know-how and the digital blueprints for the parts the machine will print, Fraunhofer will do the research and development on incorporating new printing concepts and experimentation, and Voxeljet will handle the design, mechanical development and creation of the prototype printers, as well as commercialization of the printers. “I’m not an engineer, I’m an industrial designer,” Cilia says. “We just came up with an idea, asked the right questions and were curious enough to try to see if it was possible. We got the whole team out of our comfort zone and just tried things out.”

Casting components for a machine like the Haliade-X typically starts with handcrafting a wooden model, a process that can take 10 to 12 weeks. Workers then press the model into sand catalyzed with resin and make a negative image of the part they will later cast. All the steps together can take months.

3D printing allows them to skip over the model part — the slowest step in the casting process — and print the form directly from a computer file on the binder jet. As a result, castings could be ready as fast as about four weeks. “We’re proposing to create these molds in a more automated way, without a pattern,” Cilia says.

This approach has many potential benefits. Besides speeding up the casting process, it could lower costs and help make the casting industry more sustainable by reducing its environmental impact. “It’s about creating value locally, which is very important for the acceptance of offshore wind projects,” says Dennis Lessner, the strategic initiatives leader for GE Renewable Energy’s Offshore Wind supply chain division. “Countries don’t just want greener electricity. They want to see the benefits of the industry. With this, we can be competitive in the places where these components are needed, we can make them locally, and help the local industry benefit from the boom we’re seeing in renewable energy.”

3D printing could also help engineers produce bigger and lighter castings with shapes that would be difficult or impossible to achieve with a wooden model. This could, in turn, help designers make taller and more efficient turbines. “With conventional technology you hit a point where something bigger will simply be too heavy to install,” Lessner says.

Adds Cilia: “The door is open. A lot of new ideas that engineering teams come up with are impossible to incorporate because of manufacturing limitations. Now they get freedom of design, quite literally.”