Creating a clear coating of windows that can keep rooms bright and cool, sacrificing sensitivity for tenderness, and rewriting lunar history embrace science at the small scale and solve complex problems. Let’s see how these technologies change the shape of things to come. 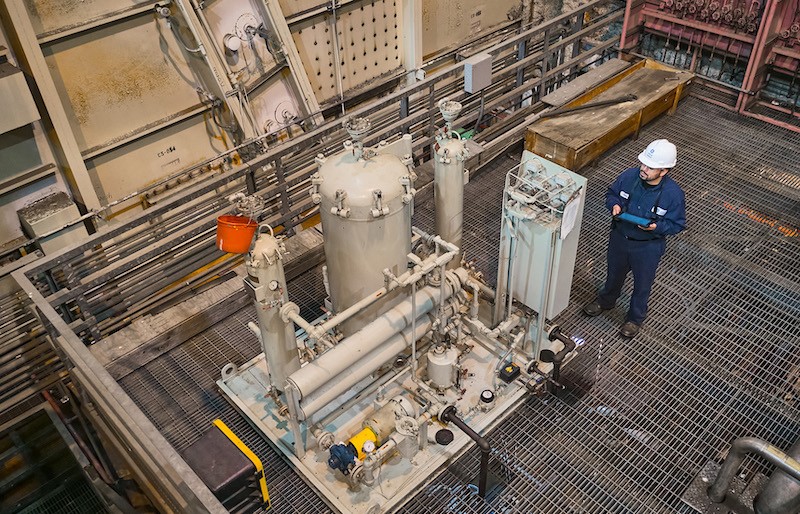 At the heart of GE Digital’s software is Asset Performance Management, or APM. APM is designed to monitor the health of physical assets like turbines, solar installations, and even nuclear power plants and can help users rank how critical each piece of equipment is so that there’s a plan to both prevent problems and react to them when they occur. APM technology also predicts when machinery might fail and helps companies weigh the costs and benefits of various plans to maintain and replace their equipment.

Each second, data from similar turbines around the world is streamed to GE, totaling 30 billion numbers each day, says Rahul Chadha, a vice president of digital solutions design. To detect signs of impending trouble, GE Digital’s algorithms are designed to parse them and compare the values of, say, air intake temperatures or how long a specific valve remains open against benchmarks the GE team has developed using historical figures from each machine.

If the software spots a potential problem, it sends an alert that is passed on to the customer for further investigation, says Chris Held, former senior director at GE Power’s remote monitoring and diagnostics team, which is spread across 13 countries so it can respond to clients around the clock. The result is a powerful tool that can take into account variations in vibration, temperature, and other factors and still accurately predict when an unplanned shutdown might occur. “We can have very prescriptive recommendations and very high confidence in the recommendations we make to the customer,” Held says.

NASA scientists have a new theory on how — and how quickly — the moon was formed.

It is understood that the moon was formed when a Mars-size object called Theia collided with Earth. But no theory of how it happened accounts for every aspect of the moon’s composition and orbit. A new NASA simulation seems to fill in some gaps. “This opens up a whole new range of possible starting places for the Moon’s evolution,” said Jacob Kegerreis, lead author of a study in The Astrophysical Journal Letters.

Previous theories suggest that it took months, even years, for the debris of the collision to coalesce into what we now know as our moon. The high-resolution simulation shows that the moon may have formed within mere hours and been launched directly into orbit. The model could also explain why the moon’s composition is so similar to Earth’s and why its orbit is tilted.

Harvard engineers made a robotic tentacle gripper that can grasp delicate objects.

Getting robots to grab and hold fragile objects is a complicated task requiring sensors, feedback, and operator skill. The tentacle robot offers a simple and gentle solution that could be used for picking produce, medical procedures, or handling of delicate artifacts.

Inspired by jellyfish tentacles, the gripper consists of about a dozen thin, foot-long rubber tubes that engage when inflated. One side of each tube is made of thicker rubber than the other. When they’re filled with air, the tubes curl up, ensnaring whatever they’re in touch with. Though each one is weak, they entangle with the object and one another, strengthening the grip. “We designed a gripper that is greater than the sum of its parts and a grasping strategy that can adapt to a range of complex objects,” said Kaitlyn Becker, first author of a study in PNAS. 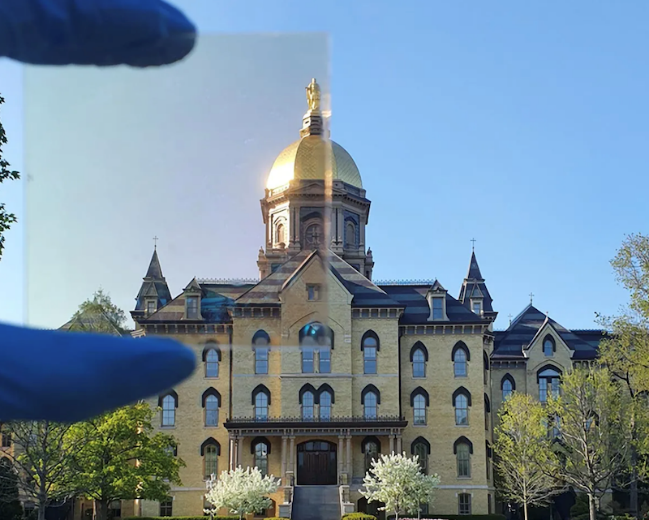 Scientists at the University of Notre Dame created a clear coating for windows that can lower the temperature inside buildings.

Cooling buildings accounts for some 15% of global energy use. The coating filters out much of the solar radiation that heats the interiors of buildings, reducing the need for cooling.

The researchers faced a tall order, they wrote in ACS Energy Letters, creating a coating that could simultaneously block the sun’s ultraviolet and near-infrared light (which heat up indoor spaces) while letting visible light inside. They used artificial intelligence to test the efficiency of materials layered in different combinations over a sheet of glass. They estimate that in hot, dry places like Phoenix, windows treated with their coating could reduce cooling needs by 31%.

The U.S. Department of Defense has awarded a $3.4 million grant to GE Research and the Uniformed Services University (USU), the U.S. government’s health sciences university, for a study that could yield new insights into the effects of sleep deprivation on human performance and brain health. The team will use GE’s experimental, high-performance MRI system, MAGNUS — short for Microstructure Anatomy Gradient for Neuroimaging with Ultrafast Scanning. First unveiled in 2020, MAGNUS is a noninvasive brain-imaging platform that produces exquisitely detailed magnetic resonance imaging scans. “The clarity and quality of these images is unparalleled,” says Luca Marinelli, a senior principal scientist at GE Research, who is leading the study.

The GE researchers hope that boost in performance will help illuminate some of the brain’s inner workings and have started studying a biological pathway called the glymphatic system. Discovered a decade ago, this web of channels acts as a neurological showerhead, flushing out metabolic waste. “If you can clear that stuff out, you promote brain health by keeping the brain nice and tidy,” Marinelli says.

He and his colleagues at GE Research, in Niskayuna, New York, are working to advance the state of the art of MRI. Traditional MRIs use magnetic fields and electromagnetic radiofrequency waves to construct detailed pictures of structures inside the body. Patients typically lie inside a cylinder.

MAGNUS was designed specifically for brain imaging. It is a novel take on one of the key systems of an MRI scanner, the gradient coil, which has an inner diameter about the width of a large pizza. That’s just wide enough to fit a person’s head but not their shoulders — only the head of the subject goes inside the scanner, while most of the body is outside. The gradient coil is responsible for shaping the magnetic field inside the scanner bore to encode spatial position and image contrast. MAGNUS’s gradient coils are three times faster and more powerful than those in clinical MRI machines, to deliver images with high resolution and sensitivity to spatial structures such as axons and fine cortical features to a degree previously attainable only in postmortem or animal studies. The innovative asymmetric design of the MAGNUS gradient coil developed by the GE team, led by Thomas Foo, chief scientist in biology and applied physics, enabled this unprecedented performance in human brain imaging.