Researchers in Massachusetts got a better idea of how Venus flytraps snap shut — and how robots could mimic that kind of motion — while elsewhere, NASA mapped a new route to the moon and a retired physics professor designed a system that could power voyages to the nearest star system. It’s only 25 trillion miles away! Science is on the move in this week’s coolest news.

Stars In His Eyes 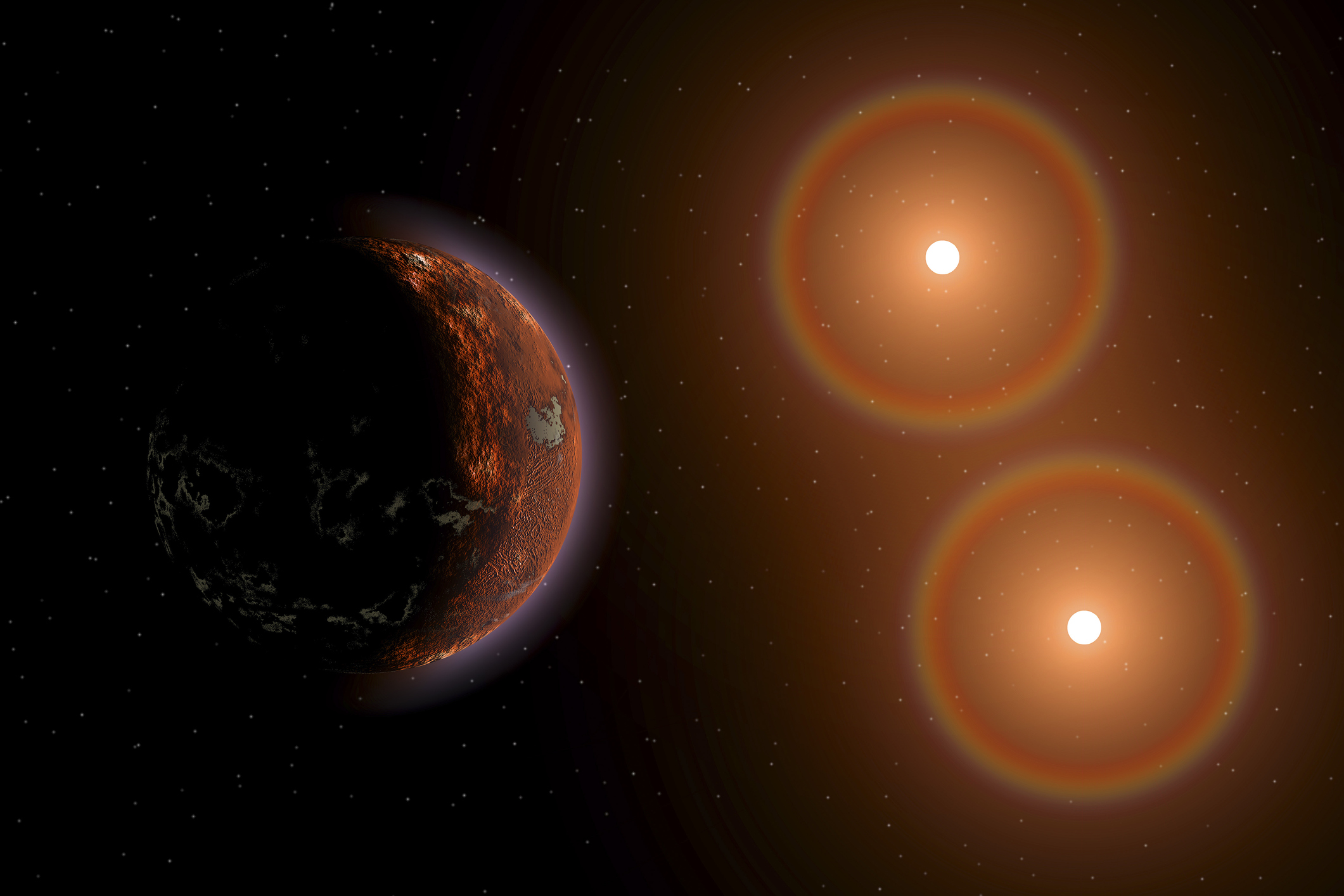 What is it? Could an engine that doesn’t require the use of propellants power interstellar travel? An emeritus physics professor at California State University, Fullerton, is working on designing a propellant-less propulsion system — called a Mach-effect gravitational assist (MEGA) drive — that could be humanity’s ticket to Alpha Centauri, the star system closest to our sun.

Why does it matter? “Scientists have long dreamed of seeing an alien sunrise,” writes Daniel Oberhaus in an entertaining Wired profile of Jim Woodward, the physicist in question. But that dream is a long way off. Only two human craft, Voyager 1 and Voyager 2, have even left our solar system, and they’re traveling at a measly 35,000 miles an hour — a craft will need to fly a lot faster than that to get to Alpha Centauri, which is about 4 light-years away, within anybody’s lifetime.

How does it work? Instead of propellant, Woodward’s MEGA drive would rely on electricity generated by an onboard nuclear reactor or solar panels. The physicist’s “insight,” Oberhaus writes, was to use energy-storing piezoelectric crystals that, arranged in a stack and zapped with electrical current, could vibrate tens of thousands of times per second and generate forward movement: “This might not sound like the secret to interstellar travel, but if that small lurch can be sustained, a spacecraft could theoretically produce thrust for as long as it had electric power.”

Dark Side Of The Moon

What is it? NASA has also got a need for speed: Business Insider reported last week that the space agency received a new patent for a way to get scientific missions to the moon faster and more cheaply.

Why does it matter? Despite the fact that it’s close and we’ve been there before, going to the moon’s no walk in the park — to the contrary, it’s quite expensive and tricky. As BI’s Dave Mosher writes, the trajectory described in the patent “isn’t meant for large spaceships that carry astronauts or rovers,” but for smaller craft ferrying scientific instruments — with the idea that they can “piggyback” a ride on a larger craft (say, a rocket carrying a telecommunications satellite) and then transfer from geosynchronous Earth orbit to lunar orbit.

How does it work? The recently issued NASA patent describes a “series of maneuvers” the small craft will then undertake to get into lunar orbit: “The trajectory analysis begins by identifying acceptable ranges of lunar orbit altitude and inclination values. The unique features of this method include the use of either a leading or trailing edge lunar flyby to achieve an orbit inclination in the lunar orbit plane from a GTO” — that is, geosynchronous transfer orbit — “launched at any time of day. This technique applies to secondary spacecraft that share a ride to space resulting in a substantially reduced cost, and with no control of the launch conditions.” 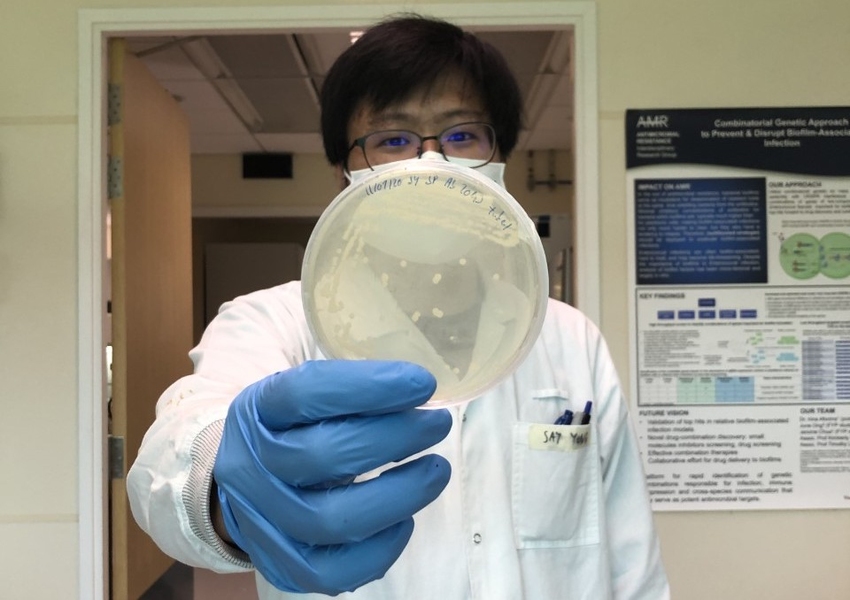 What is it? Scientists with the Singapore-MIT Alliance for Research and Technology, or SMART, discovered that they could use hydrogen sulfide to make antibiotic-resistant bacteria more sensitive to antibiotics.

Why does it matter? Antibiotics resistance — which occurs when bacteria grow tolerant of the antibiotics commonly used to kill them — is a looming crisis, according to the World Health Organization, which calls it “one of the biggest threats to global health, food security and development today.” Doctors are finding that bacterial infections such as pneumonia and tuberculosis are becoming harder to treat as the usual drugs don’t work as well.

How does it work? SMART researchers initially thought that endogenous hydrogen sulfide — which they produce on their own — could be a “universal defense mechanism” that makes bacteria more tolerant of antibiotics. But when they tested it, they found the opposite was true. When they added compounds that release hydrogen sulfide to Acinetobacter baumannii, one common antibiotic-resistant bacterium that doesn’t produce hydrogen sulfide on its own, they made it more sensitive to antibiotics. According to MIT News, the process was even able to reverse acquired resistance in A. baumannii to gentamicin, a very common antibiotic used to treat several types of infections.” The study is published in Frontiers in Microbiology. 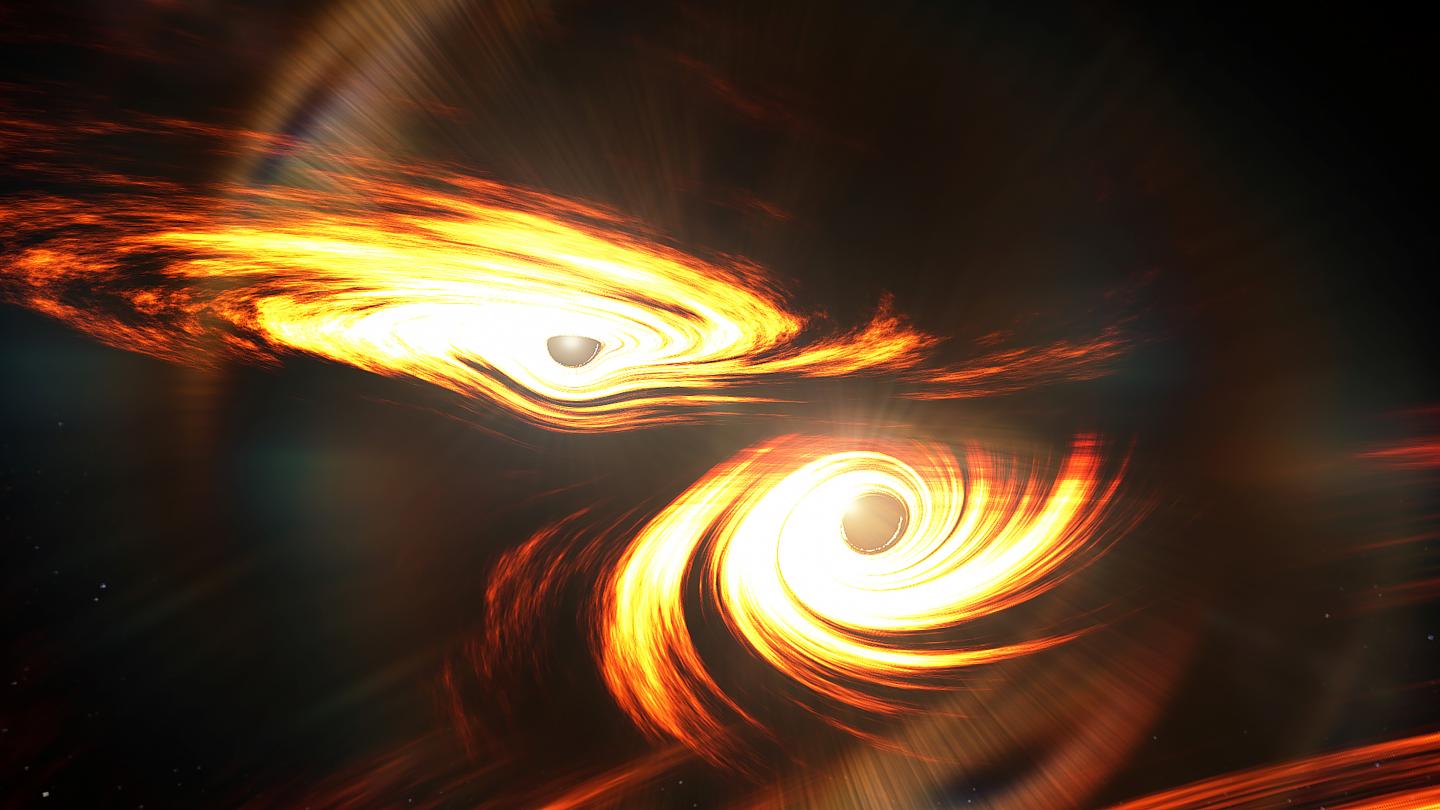 What is it? The LIGO and VIRGO Scientific Collaboration observed “the most massive black hole collision ever detected” last year via gravitational wave observatories in the U.S. and Europe. One of the black holes was 66 times the mass of our sun, and the other was 85 times more massive. The collision happened about 6.7 billion years ago, when the universe was about half of its current age.

Why does it matter? As Australian National University (ANU), whose scientists participated in the project, explained in a news release, dying stars leaving behind black holes between 65 and 130 times the mass of our sun are thought to be “impossible” — within that range they’re susceptible to a process called pair instability, causing them to blow apart and leave nothing behind. The larger of the observed black holes, then, falls well within the “impossible” range. Getting a look at it in action will allow astronomers to better understand the phenomenon: As the news release puts it, “If it wasn’t created by the collapse of a star, how did it form?”

How does it work? One idea? The “impossible” black hole itself could have formed as the result of the previous collision of two smaller black holes. “We think of black holes as the vacuum cleaners of the universe,” said ANU physics professor Susan Scott, co-author of a paper in Physical Review Letters. “They also suck in other black holes and it is possible to produce bigger and bigger black holes by the ongoing collisions of earlier generations of black holes.” The entity formed by the merger that astronomers just witnessed is 142 times the mass of our sun — the largest such black hole ever detected via gravitational wave observation, in a mass range that astronomers call intermediate massive black holes, or IMBHs. Vaishali Adya, a postdoc researcher at ANU, said, “Every observation we make of two black holes colliding gives us new and surprising information about the lives of black holes throughout the universe. We are beginning to populate the black hole mass gaps previously thought to exist, with ‘impossible’ black holes that have been revealed through our detections.” 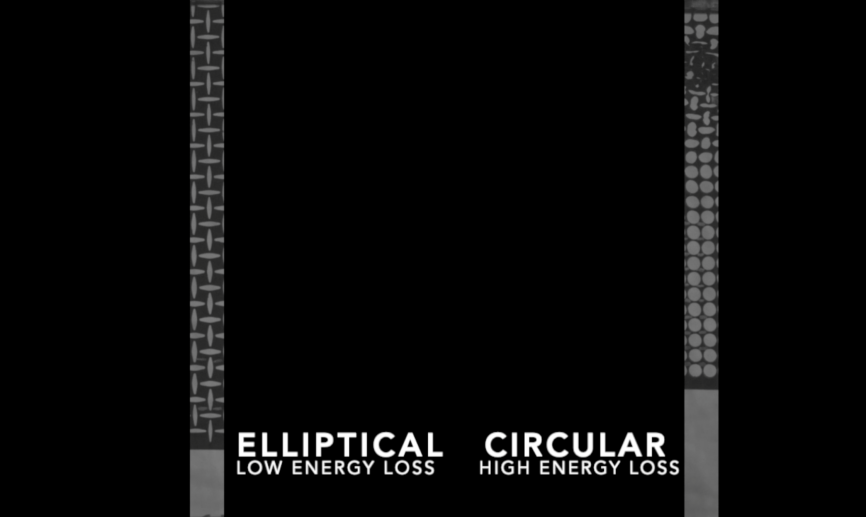 What is it? University of Massachusetts Amherst researchers figured out how to make materials replicate the snapping movements of creatures like Venus flytraps in a way that involves minimal energy loss.

Why does it matter? That’s been a question for scientists: how flytraps and insects such as trap-jaw ants efficiently convert energy from one form to another. “There is always a high cost, and most of the energy in a conversion is lost,” said senior researcher Alfred Crosby. “But we have discovered at least one mechanism that helps significantly.”

How does it work? “Our research reveals that internal geometric structures within a spring play a centrally important role in enhancing the energy conversion process for high-power movements,” Crosby said. Crosby and first author Xudong Liang used high-speed images to test various configurations of elastic bands, finding that the “secret” was strategically placed elliptical holes, Liang said: “With no holes everything just stretches. But with holes, some areas of the material will turn and collapse.” Described in Physical Review Letters, the findings could help roboticists design better springs.