Sunlight is being used to desalinate seawater, artificial intelligence helped astrophysicists confirm the existence of new exoplanets, and a polymer commonly associated with mussels served as the inspiration for a potential drug-delivery technology. Researchers are casting their nets far and wide in this week’s coolest scientific discoveries. 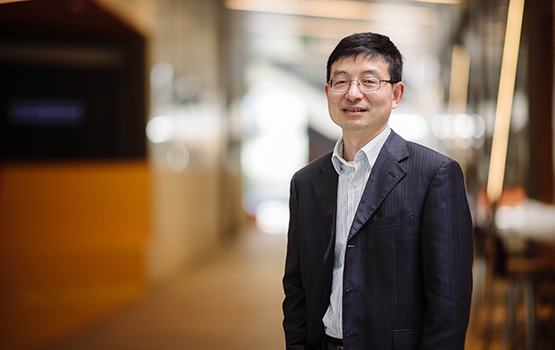 What is it? Sunlight might be the best disinfectant, but it’s also the key ingredient in a new way to quickly and efficiently desalinate seawater and brackish water devised by researchers at Australia’s Monash University. The other ingredient is a class of compounds called metal-organic frameworks.

Why does it matter? “Desalination has been used to address escalating water shortages globally,” said Huanting Wang, chemical engineering professor at Monash and the lead author of a paper in Nature Sustainability. “Due to the availability of brackish water and seawater, and because desalination processes are reliable, treated water can be integrated within existing aquatic systems with minimal health risks.” But other desalination methods tend to be expensive (like thermal desalination) or energy-intensive (reverse osmosis). Sunlight, Wang noted, is “the most abundant and renewable source of energy on earth.”

How does it work? Metal-organic frameworks consist of metal ions that form a “crystalline material with the largest surface area of any material known,” according to a Monash news release, which notes that MOFs “are so porous that they can fit the entire surface of a football field in a teaspoon.” Wang and colleagues created a bespoke MOF that was responsive to sunlight and yields water that meets the World Health Organization’s guidelines for potable water with total dissolved solids of less than 600 parts per million. The process takes less than 30 minutes.

What is it? Researchers at the U.K.’s University of Warwick used artificial intelligence to confirm the existence of 50 new planets.

Why does it matter? The ability to use AI, specifically machine learning, could speed up the process by which astronomers confirm the existence of planets, which usually requires sifting through large amounts of data — something computers do quickly. “In terms of planet validation, no one has used a machine learning technique before,” said University of Warwick physicist David Armstrong. “Machine learning has been used for ranking planetary candidates but never in a probabilistic framework, which is what you need to truly validate a planet. Rather than saying which candidates are more likely to be planets, we can now say what the precise statistical likelihood is.”

How does it work? Astronomers are constantly on the lookout for new exoplanets — planets orbiting a star other than our own. The telltale sign is the planet’s transit, when it crosses between the star and a telescope trained in that direction, producing a dip in that star's brightness. But such dips can come from other sources, even errors in the camera, creating false positives. Warwick and colleagues built a machine learning algorithm that analyzed thousands of samples of telescope imagery to learn to differentiate real planets from the fakes. The research is described further in Monthly Notices of the Royal Astronomical Society.

What is it? Researchers at Saudi Arabia’s King Abdullah University of Science and Technology are developing solar cells so light and small that they can be printed with an inkjet and can rest on the surface of a soap bubble.

Why does it matter? As discussed last week, a limiting factor for things like robots and autonomous devices is that they need to be powered by batteries, which tend to be relatively heavy. Or they need to be tethered to an electrical source. Seeking an alternative solution, researcher Eloïse Bihar said, “we thought of using lightweight, ultrathin organic solar cells to harvest energy or light, whether indoors or outdoors.” The tech could eventually be used to power devices like medical skin patches.

How does it work? The process involves a new way of creating ultrathin solar cells that’s more scalable than current technologies and comprises light-capturing organic photovoltaic material sandwiched between electrode layers, all printed via inkjet with specially developed functional inks. In a test, the cell achieved 4.73% power conversion efficiency — beating the previous record of 4.1% for a fully printed cell. Bihar said, “Our findings mark a stepping stone for a new generation of versatile, ultralightweight printed solar cells that can be used as a power source or be integrated into skin-based or implantable medical devices.”

What is it? A team led by Cornell University researchers created microscopic robots that could be made to “walk” with electronic signals.

Why does it matter? According to the Cornell Chronicle, the tiny machines  “provide a template for building even more complex versions that utilize silicon-based intelligence, can be mass-produced and may someday travel through human tissue and blood.” Those more complex versions could, for instance, be directed to repair blood vessels and sent en masse to probe parts of the brain.

How does it work? Researchers say one of the most substantial feats here was the design of the robotic legs: “In the context of the robot’s brains, there’s a sense in which we’re just taking existing semiconductor technology and making it small and releasable,” said Cornell professor Paul McEuen, co-author of a new paper in Nature. “But the legs did not exist before. There were no small, electrically activatable actuators that you could use. So we had to invent those and then combine them with the electronics.” McEuen and colleagues flashed laser pulses at different photovoltaics to activate the front and back legs in turn, propelling the robot forward.

What is it? MIT researchers developed a way to create a “temporary synthetic coating to the lining of the small intestine” that could aid in drug delivery, among other things.

Why does it matter? The intestinal lining could streamline the delivery of medications that otherwise have to be take multiple times a day, block glucose absorption for people with diabetes, or deliver the enzyme lactase to people who are lactose-intolerant, said Giovanni Traverso, a gastroenterologist and a professor at MIT, and the senior author of a study in Science Translational Medicine: “These three applications are fairly distinct, but they offer a sense of the breadth of things that can be done with this approach.”

How does it work? Traveso and colleagues took their inspiration from mussels — specifically the sticky polymer the bivalves use to attach themselves to rocks. The polymer consists of molecules of dopamine — better known as a neurotransmitter in the brain. The researchers discovered that an enzyme called catalase can help assemble dopamine molecules into the polymer, which is called polydopamine, or PDA. Catalase happens to be found in high levels in the small intestine. Traverso et al developed a liquid from dopamine and hydrogen peroxide that’s activated by the intestinal catalase to form a thin polymer film that coats the lining of the small intestine. The coating lasts for about 24 hours, then is shed as part of the body’s regular processes.