The two projects being led by Dr. SM Hasan, GE Research’s 5G Mission Leader, and Michael Dell’Anno, a Principal Engineer at GE Research, will involve creating “smart warehouse” facilities at two separate military bases. One of these projects will be for the Naval Base in San Diego, California, which houses resources and supplies for Naval unit operations. The other project will be for the Marine Corps Logistics Base (MCLB) in Albany, Georgia, which sends critical resource  and supplies to Marines performing various missions around the world.

20X faster than the current 4G or Advanced LTE networks, 5G is the next generation network that can achieve the speed and low latency at scale required to dynamically manage major projects like the smart warehouse transformations with the Marines and Navy

“The superior network speed and capacity of 5G networks will allow us to take full advantage of a multitude of digital technologies to transform industrial assets and operations,” Hasan, Principal Investigator on the two projects, said. “Through our projects with the DOD, we will be demonstrating the ability to track and manage thousands of assets in real-time that support critical military missions on land and at sea.  Operations that previously took several days or weeks could accurately and reliably be prepared and deployed in less than 24 hours.”

Dell’Anno, a co-principal investigator with Hasan on the DOD projects, says the two teams are pushing to develop a “just-in-time” inventory scenario, where new supplies are deployed as soon as they arrive.  “The most efficient factory or ideal warehouse is one that is essentially empty, “ Dell’Anno says. “It would basically signal that you are able to time the delivery and shipping of supplies, so perfectly that inventory never sits.” 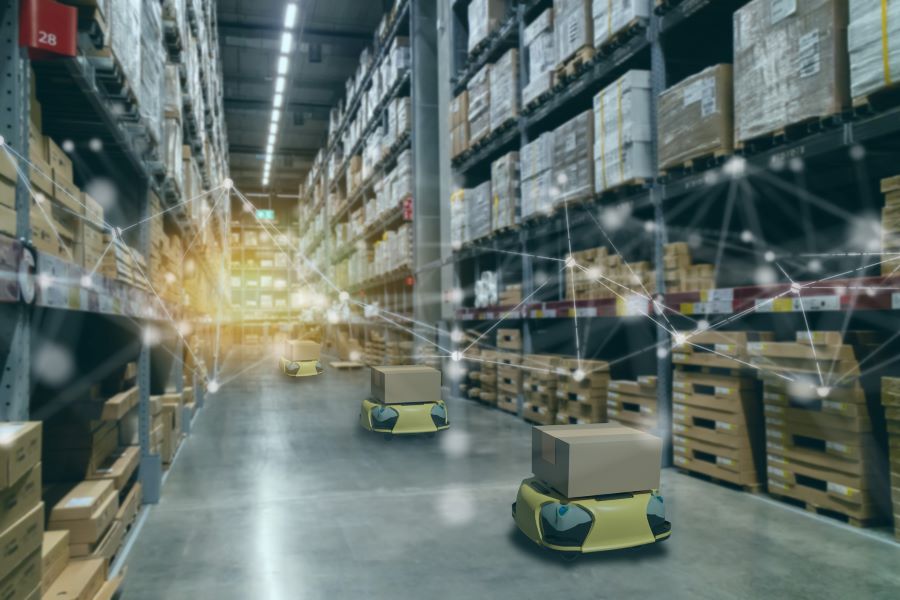 To build these smart warehouses at the Navy and Marines bases, Hasan and Dell’Anno’s teams will create digital twins, or digital replicas of these warehouses that can account for their entire inventory and floor footprints.  They will integrate real-time asset tracking and autonomous robots that are able to “virtually walk” the warehouse floors to validate and inspect warehouse inventory.

“We will be able to get a snapshot of the entire warehouse inventory every 15- minutes,” Hasan said. “What we are talking about is providing these bases with unprecedented visibility to their inventory that will allow them to be much more responsive and faster with decisions.”