The COVID-19 pandemic has been a grim education course for clinicians. Doctors and nurses have found themselves grappling with pneumonia, adverse immunological reactions and organ failure as well as a string of surprising symptoms, such as an impaired sense of smell, mental confusion and ‘COVID toe’.

But clinicians are learning fast about the various effects of the virus on the body. One important tool that’s helping them get smarter is medical imaging.

At the Morales Meseguer University Hospital in Murcia, a region in the southeast of Spain, clinicians are using digital radiography software called 3D tomosynthesis to instantly add a new dimension to chest X-rays: depth. The GE Healthcare-engineered application, which can be installed on conventional digital X-ray machines, allows doctors to browse the images of pneumonia-affected lungs as though they were 3D slivers of the body.

Dr. Jose Maria García Santos, head of radiology at Morales Meseguer, says the extra diagnostic ability and triaging speed allows clinicians to prioritize the hospital’s emergency care resources for the most critical patients, and send many more home to recuperate. “This 3D X-ray system has had a huge impact in terms of managing patients during this epidemic situation,” he explains. 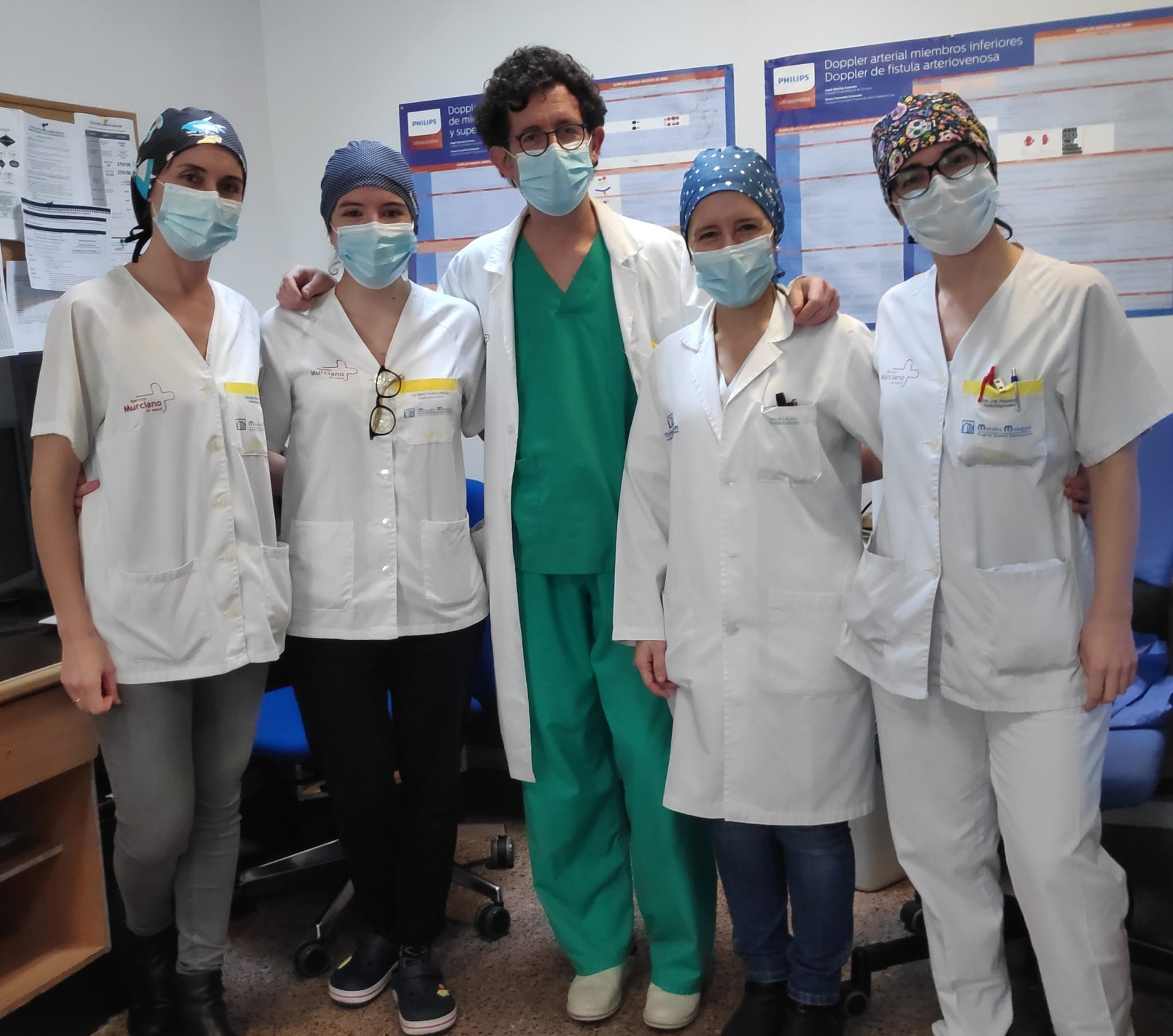 Garcia Santos says 3D tomosynthesis sits between a traditional X-ray and a computed tomography (CT) scan. During a conventional X-ray procedure, a vacuum tube sends beams of electromagnetic radiation through the patient’s body, which generates a single, 2D grayscale image on the detector behind or beneath the patient. The image shades vary from pitch black, which indicates air or low-density tissue, to bright white for solid bones.

In CT machines the tube and detector orbit around the patient, taking hundreds of images, or slices, of the area of the human body under examination. This allows a clinician a cross-sectional view of the inside of the body. It’s like piecing together an orange from hundreds upon hundreds of wafer-thin segments.

The 3D tomosynthesis software works with a digital X-ray machine that sweeps over patients who are standing up, obtaining up to 60 successive images of the frontal region of the thorax. The software “collapses those images onto a single plane,” Garcia Santos explains. At a remote workstation, a clinician can then scroll through those slices from the front of the chest to the back of the chest, he says.

This has been helpful during the pandemic. Clinicians want to measure the frequency and size of COVID-19’s telltale lesions that lie just below the pleura, the membranes that envelop the lungs, to estimate the disease progression. A cross-sectional view allows them to study a suspicious-looking feature or uncover pneumonia-affected areas that might not show up clearly on a conventional 2D X-ray.

One of those features, Garcia Santos says, are ground-glass nodules that are hazy and hard to see by the naked eye. But 3D tomography helps clinicians quickly zero in on these ghostly lesions. “It means that you might be able to isolate a patient early and potentially avoid more infections,” the doctor says.

The procedure itself lasts just a few minutes, which is much less than alternative high-end imaging systems such as CT scans. Patients undergoing a 3D X-ray also receive a much lower dose of radiation compared to a CT scan, because the machine obtains fewer images and emits less radiation. It is also relatively easy to sanitize an X-ray room and equipment compared to the larger gantry and table of the CT scanner. “You just clean the detector and the tube in the vast majority of cases,” Garcia Santos says.

3D tomosynthesis has allowed clinicians to find more suspicious lesions than conventional 2D techniques in COVID-19 patients at Morales Meseguer, Garcia says. “That’s pneumonia that would not have been clear in the X-ray,” he says. He estimates that the technique also contributed to a significant increase in the number of patients that clinicians were able to send home to recuperate.

By enhancing just one of the hospital’s six X-ray systems with 3D tomosynthesis software, it has substantially eased the workload of the facility’s two CT scanners as well, says Dr. Juana Plasencia, a radiologist at Morales Meseguer.

Smoothing that patient flow is crucial for the 450-bed hospital, which serves around 270,000 people. “Our way of managing patients is to try to avoid the emergency unit to avoid infection as much as possible,” Garcia Santos explains.

“Overall we have been much less affected than other parts of Spain, such as Madrid and Catalonia,” Garcia Santos says. “That gave us the time and opportunity to study and assess patients.” If there is a second wave, this hospital will be ready.