Working Hard, Playing Hard: This Olympic Rugby Hopeful Shows Grit On And Off The Field 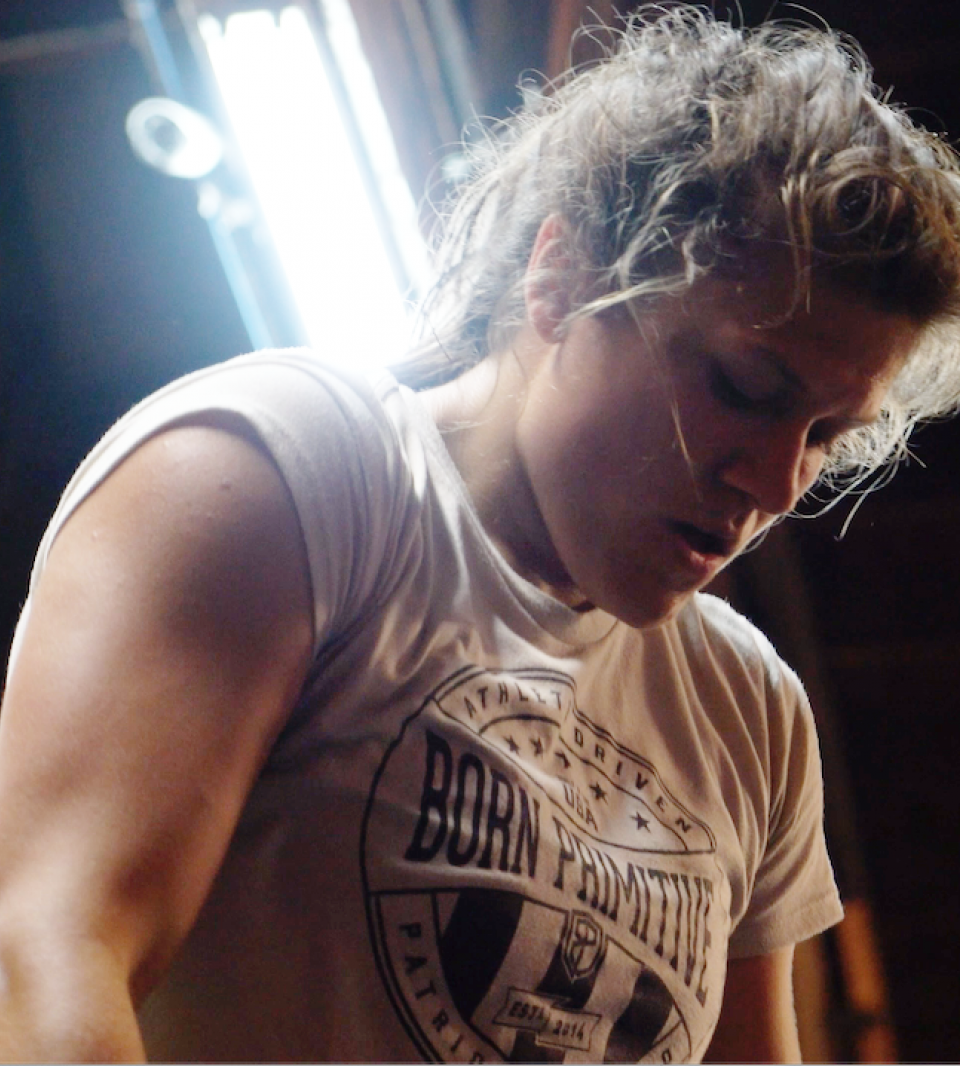 Late last January, Amanda Berta got up at the ungodly hour of 5 a.m., threw on her sweats, gobbled down four eggs and a chocolate protein shake, and dashed out into the dark, frigid Chicago streets. As the rest of the city braced itself for bone-rattling cold that smashed past records, Berta was intent on getting in a 90-minute workout at her CrossFit studio nearby. She drilled down on burpees, kettlebell swings, handstand pushups and acceleration conditioning before heading to her engineering job at GE Renewable Energy.

Arriving at her office, she put in a full day of work creating digital dashboards for customers and GE Renewable Energy employees to use data that helps with decisions ranging from capital expenditures to potential costs for developing new turbines. Then she spent the evening practicing for two hours with her rugby team. On days when there’s no practice, Berta doubles up on punishing workouts. She’s in bed early, by 9 p.m., to repeat the grueling routine tomorrow.

Nothing, not even a polar vortex, will get in the way of this 23-year-old. She’s after redemption. Since getting cut from the U.S. women’s rugby team in December, Berta’s been determined to prove her detractors wrong and reclaim the chance to compete in the 2020 Olympic Games in Tokyo. It’s a goal so all-consuming that in its pursuit, she once came close to sacrificing her other dream: becoming an engineer.

Anyone competing at an Olympic level must be talented, fiercely competitive and able to fight endless fatigue. However, the ones who usually stand out have something extra, primarily the willingness to adapt to unexpected turns — oftentimes disappointments — that arise along the way. The true measure of an athlete isn’t so much what you do with your victories, but whether you have the grit and determination to transform losses into opportunity. Just ask New England Patriots quarterback and six-time Super Bowl champion Tom Brady.

Berta has that kind of mettle in spades. An elite soccer player from the New York City suburbs, she played as a walk-on with the Pennsylvania State University women’s team until getting cut her junior year. Though she was not up to par with her teammates on this NCAA championship team, her coaches were impressed enough with her speed and agility to encourage her to give rugby a try. Playing a contact sport was an adjustment for the petite Berta. During her first practice, she had to tackle Azniv Nalbandian, a 210-pound U.S. national team player who won Big Ten Forward of the Year in 2017. “It was scary,” she said, as she recalls feeling pretty beat-up after the first week. “But the girls were awesome, so I continued to play.” 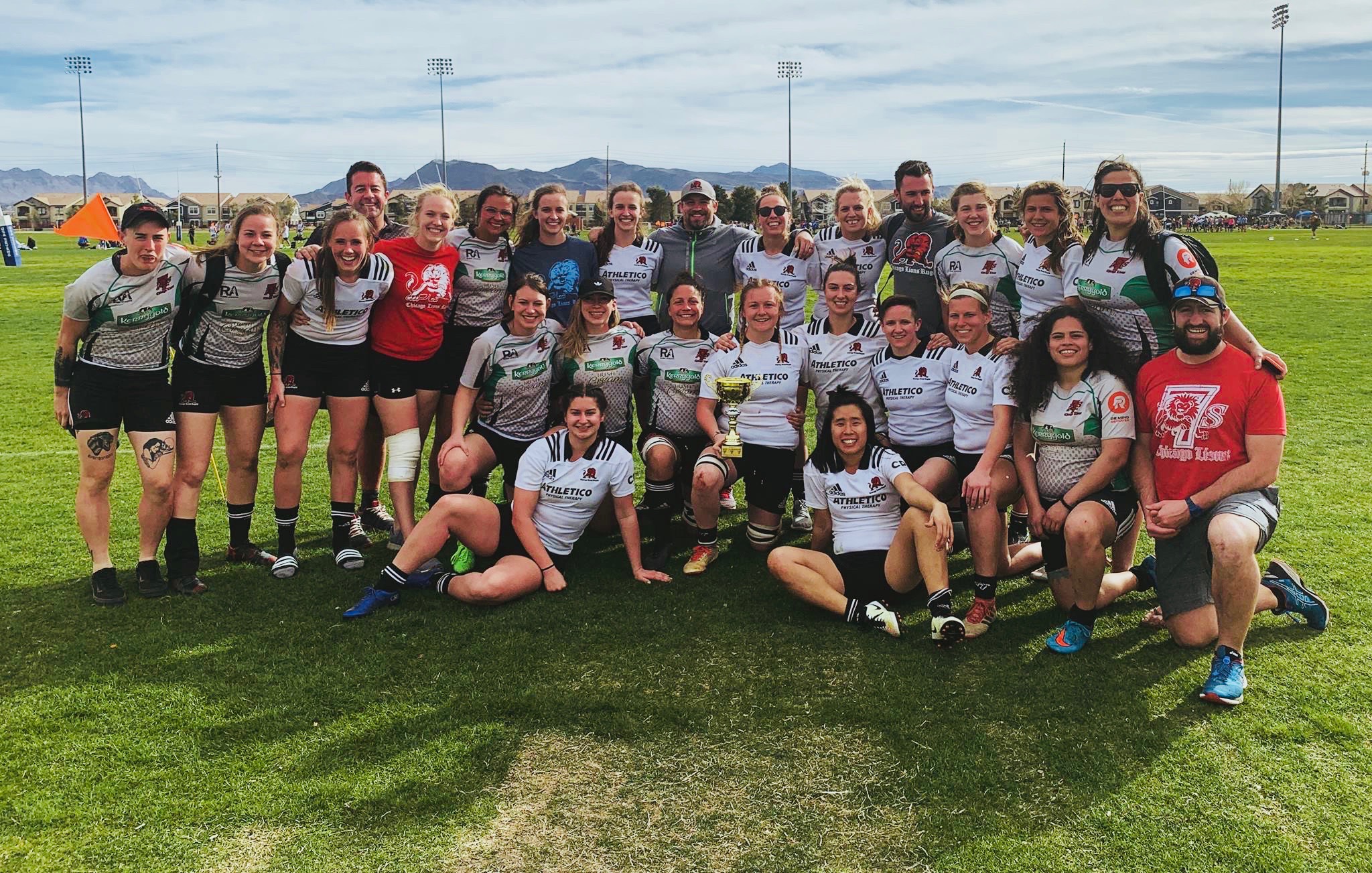 In the meantime, she completed her degree in energy engineering. Ever since she was a little girl, Berta had dreamed of becoming a “builder.” As someone who devoured every TED Talk she could find on the environment, she was particularly intrigued with alternative fuel sources and the mechanics of renewable energy. “I am basically a hippie who’s good at math,” she quips.  Upon graduation in 2017, Berta earned a spot in GE’s Renewable Energy Development Program. The program offered the opportunity to receive hands-on training by rotating through jobs at sites in Florida, Oregon and Illinois. Thrilled at the prospect of learning about wind energy, Berta stopped playing competitive team sports to focus on engineering instead.

That is until rugby called once more. In July 2017, Berta auditioned — and was selected — for an NBC reality series called “Next Olympic Hopeful,” where Olympic coaches groom elite athletes for obscure sports like kayaking, bobsled or … rugby. Using her vacation time to appear on the program, Berta narrowly missed winning the competition outright, but still received invitations to several U.S. women’s rugby training camps. There, she played well enough to hear the sentence of every athlete’s dreams. “I think I can turn you into an Olympic player,” one U.S. women’s team coach told her. “Come and train with us at our facility.”

There was one catch: Berta’s engineering career at GE. Unable to see how to keep her position and spend four months at the Olympic Training Center in Chula Vista, California, she asked for a leave of absence. However, her supervisors had other plans. Impressed with this young employee’s passion and determination, program manager Ashley Gerbode joined forces with supervisor Sheri Hickok to find Berta another opportunity. GE was just launching its Digital League initiative, which included short-term assignments for employees interested in opportunities in digital technology, and they thought Berta was a perfect fit. “Everyone involved was inspired by Amanda’s story,” says Hickok, who oversees global product development at GE Renewable Energy. “We believed in her potential at GE, and together we helped find a role where Amanda could have a flexible work arrangement.” Berta landed a spot that would allow her to work remotely from the training center in California. The arrangement meant Berta could train for nine hours a day with her team, reserving early mornings and nights to focus on GE’s digital future. During breaks, she would respond to emails and calls. “I couldn’t have asked for a better situation,” she says. 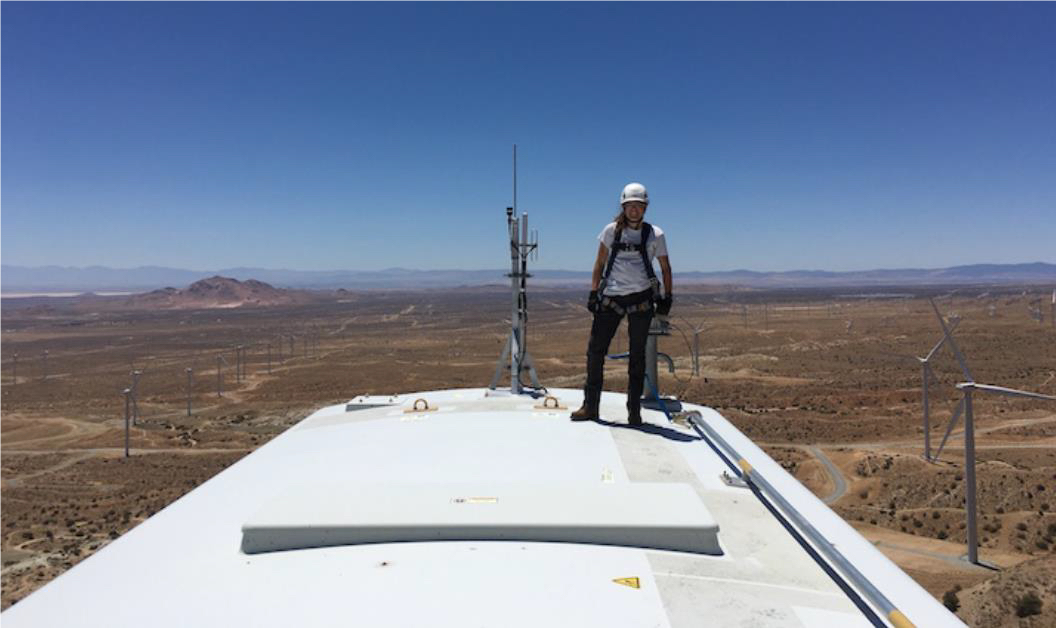 However, no situation in sports is entirely secure. In the case of Olympic rugby, every national team must compete to qualify weeks before opening ceremonies, which means coaches constantly rejigger their rosters for the best chance of making it to the games. During the last round of reconfiguring the team, Berta did not receive an invitation to return for 2019. “Imagine spending 24/7 with your friends playing a sport you love,” says Berta. “It was tough to leave them.”

Here is where Berta’s champion mentality kicked in. Rather than sulking, she began planning her comeback immediately. She moved to Chicago to work full-time for the Digital League division. She also found a club team that’s run by one of her former U.S. coaches. Using tips for improvement from her U.S. team coaches as a guideline, she designed a fitness routine, and adheres to it religiously. Given her winning performance at the nation’s largest invitational, HSBC USA Sevens in Las Vegas in March — she can return to the U.S. team in time to prepare for the Tokyo games.

That’s the same kind of endurance Berta channels into her work at GE. “I’ve mostly learned how different people’s strengths can offset one another. I don’t work the same as my colleagues do, but we need that diversity to be strong,” she observes, “just as everyone has different body types and different strengths in rugby. Being on a rugby team is almost a direct translation.”

Most importantly, Berta has gained life wisdom that often eludes people twice her age. “Things can change at any time,” she says. “What seems like the end of the world might be the beginning of a new one.”