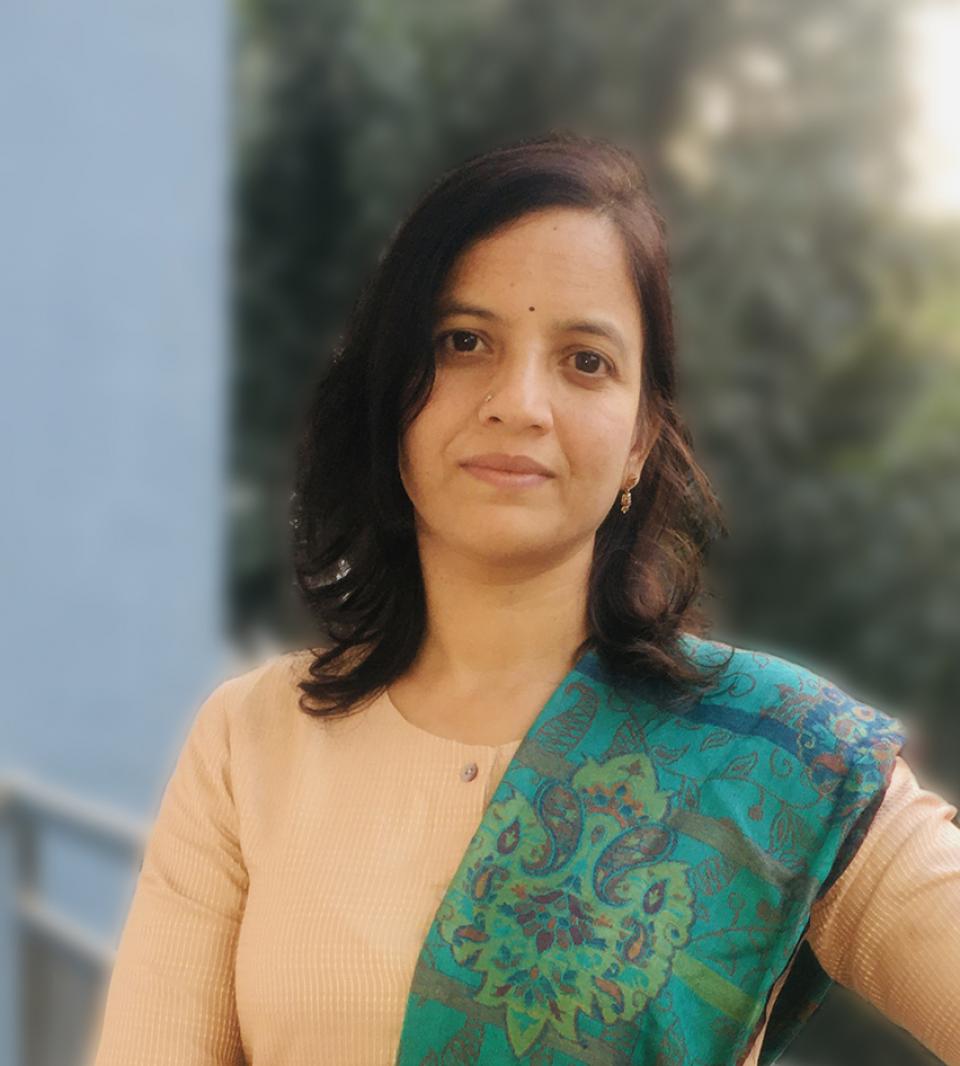 Growing up in Hyderabad, a large, bustling city in south-central India that has become an information technology hub, Kavitha Andoji was constantly dreaming up inventions that would save her family time and money. In one case, they rigged a stationary bicycle to use the energy from pedaling to power the lights in their home. Another handy device was a machine that would repeatedly hammer a pomegranate to expel its seeds without wasting the juice. “They were mainly my ideas,” she says, “but we used to collaborate to implement them.”

Those early creations inspired Kavitha to pursue a career focused on scientific exploration. Today she is one of the top intellectual property experts at GE Renewable Energy’s Grid Solutions, where she has gone on to analyze more than 50,000 patents for the company and holds six of her own.

There are two main approaches that a team can take to develop a patentable invention, Kavitha says. The first — and the one she finds most effective — is to find a customer problem and innovate around it. To stimulate this type of thinking, Kavitha believes more people at GE should be encouraged to talk with customers about their needs — a tactic Chairman and CEO Larry Culp has emphasized in the company’s lean management transformation.

The second approach centers on people like chief technology officers and product managers — really anyone touching a product — and involves developing a vision for expanding a particular market and making their plans widely known within the company. “Business vision is a must to generate a more advanced level of new technologies or new inventions," she says, especially when this vision enables a company to make a market for its products and be an early entrant, rather than just following a market.  Kavitha says that technology teams deeply focusing on their areas sometime don’t have enough knowledge "about the market or how it is performing. That information is very useful when it comes to patent ideas.”

Kavitha’s first passion was chemistry. During her secondary school education, she took hands-on classes at a local university. Working in the chemistry lab one day, she accidentally spilled a small amount of sulfuric acid on herself. Instead of getting upset, she was fascinated to see how quickly it burned through her dress — and the skin on her hand. The acid taught her an important lesson about safety, and left a scar, but it failed to dampen her curiosity. Still, the school was a long bus ride from her home. So when it came time for college, she enrolled at Osmania University, which was closer, and switched to computer science. She soon learned that she could troubleshoot very quickly. “I can debug any given program and find the code,” she says.

After graduation, Kavitha worked briefly for an industrial company in Berlin, where she learned how to use Embedded VC++ to write embedded software, a specialized form of programming used for devices that are not personal computers, such as cars and appliances. She became skilled in optimizing her code to save time and computer memory. But she was living far from India and missed home. “That was the only time I left India,” she says. “I couldn’t stay away from my family, so I came back.”

In 2004, Kavitha joined GE as a software technical leader in one of the digital energy teams, working in geographic information systems (GIS) mapping. Her team came up with an idea to monitor where renewable energy was being generated by using GIS to overlay the transmission and electrical distribution of wind turbines on a map. She countered with her own proposition: What if they filed for a patent? “Unfortunately,” she says, “the idea was so obvious. At the time, we were not so aware of the public literature.”

Their rejection by the GE business’s patent evaluation board only served to spark Kavitha’s competitive spirit. She wanted to see what it took to get something patented — to crack that code. She formed a team to discuss novel solutions for existing problems and, in 2011, hit upon a new system for utilities that allows service crews to monitor power transmission and distribution technology on their mobile devices. It works something like a metal detector. When an employee moves toward a transformer, the system detects the transformer on the map and lists details such as its age, current and volt emission, as well as its performance. If the employee then moves away from the transformer and toward an underground cable, the system will begin displaying details about the cable instead. This time, the GE patent evaluation board and then the U.S. Patent and Trademark Office both said “yes!” — and today the system is part of GE Digital’s Smallworld Mobile Solutions for power transmission and distribution.

The success of the mobile mapping system was something of a breakthrough for Kavitha, and she became an intellectual property analyst for Grid Solutions. It’s a complex role that requires her to communicate effectively with many different product teams within GE, each with its own vocabulary and priorities. In her role, Kavitha provides important information about patent-protected technologies and the areas open for innovation (“white space”) to Grid Solutions leaders and engineering teams. A chief technology officer may want to get an overview of the technology, while product managers are mostly interested in how customers will use the invention and engineers need to understand the patented ideas at a very granular level. It adds up to a diverse, multilayered process.

“Today I am working with circuit breakers,” Kavitha says. “Tomorrow, production control devices. The day after tomorrow, relay devices. My brain is always changing.” She has reached the point where all she needs to do is look at the title or abstract of a patent application to understand what technology is being described. She is helping the Grid Solutions intellectual property team expand the use of her work. Ultimately, she hopes to play an even larger role in business strategy, using patent data to drive competitive analysis.

Kavitha insists on applying creative solutions to her life outside of work, too. Last year, when COVID-19 caused rapid lockdowns in India, the day laborers in her neighborhood in the Hyderabad area had no way to get money to buy food. Kavitha and her family — she is married with two daughters — cooked huge quantities of rice and vegetables for them. Ultimately, they handed out more than 200 packets of food to people in their community.

“We made up our minds that we should help,” she says, “and we joined hands.”

Top image: Kavitha Andoji is one of the top intellectual property experts at GE Renewable Energy’s Grid Solutions, where she has gone on to analyze more than 50,000 patents for the company and holds six of her own. Image credit: Kavitha Andoji