The Trailblazer: Wafaa Khammar’s Approach is to Depend on Yourself, Be Strong, Respect Everyone 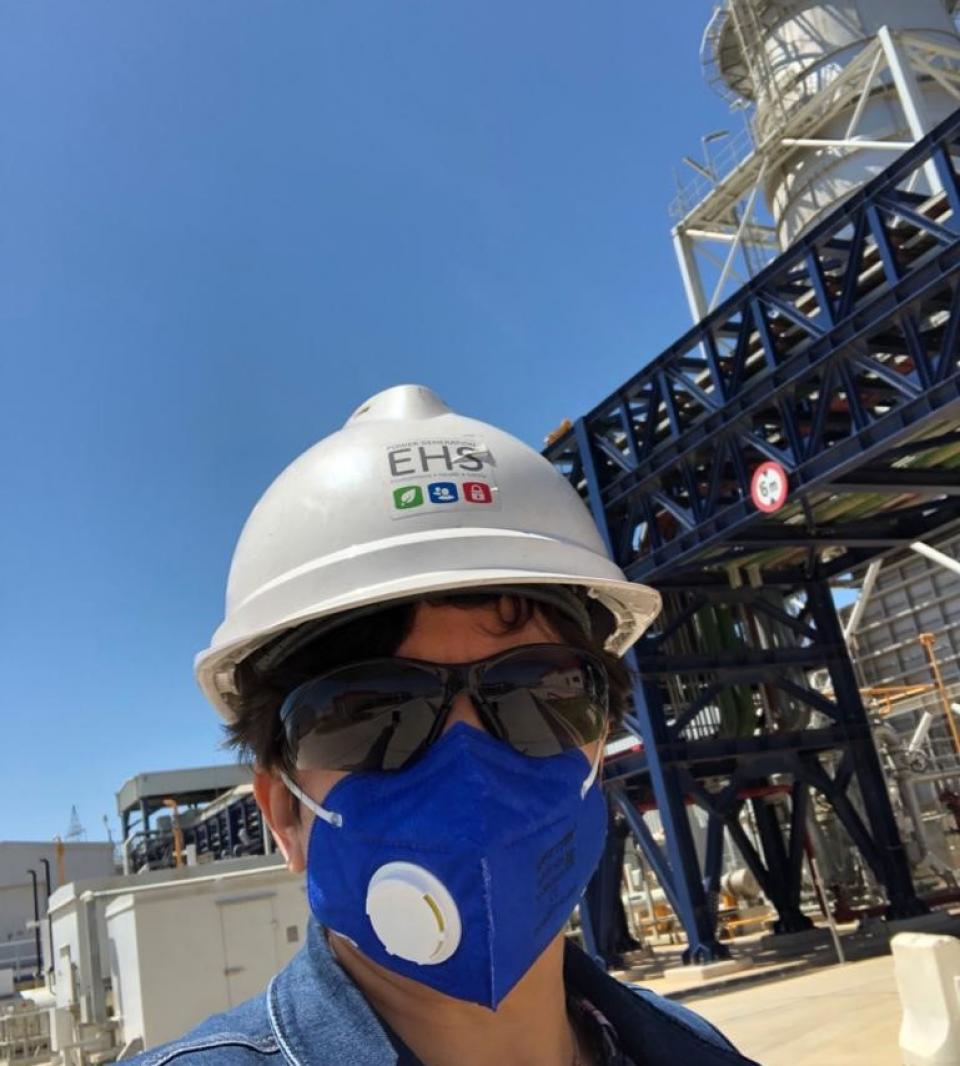 As early as secondary school, Wafaa Khammar knew she loved mechanical engineering and would be good at it. That passion led her to a university internship in the middle of the Sahara Desert and later to oil and gas fields in Gabon and Chad.

Today, this 44-year-old Algerian is a senior services director with GE Gas Power, responsible for the company’s services and transactional contracts at four power plants located in Algeria.

“He was a mechanical engineer himself and he knew what he was talking about. But I told him, ‘I’m good at this and I’m sure I will succeed at it. I’ve earned high grades in all the classes I’ve taken in this area.’”

As part of the engineering degree, students had to do an internship. She chose one with an Algerian national oil and gas company at one of its facilities in southern Algeria, in the heart of the Sahara Desert.

Wafaa was the first woman to ever do an internship at the facility - and clearly, she had made an impression because just a couple of weeks into her internship, the regional director called the university and told them, “If you have more women like Wafaa, you can send us 10 like her!”

“Initially, they thought they would need to take care of me, that I was delicate. But I didn’t like that. I wanted to be independent, to be like everybody else [i.e., the other university interns]. After seeing me in coveralls, working alongside everybody else, they realized I could take care of myself.”

While she was in university, her father moved to work overseas. As a result, while her dad parented as much as possible from abroad, Wafaa’s mother, a French teacher, ran the household and took care of Wafaa, as well as her younger brother and sister.

“Because of that, my mum is a role model for me. She’s a fighter. She helped all of us to earn our engineering degrees, even in a really tough environment. She helped us to be successful.”

After graduating from university, Wafaa worked at an energy company in the public sector until fate – in the guise of a good friend – stepped in.

Without telling Wafaa, her friend submitted an application for Wafaa at an international oilfield services company that was looking for female field engineers.

Wafaa was hired and spent more than two years working as a wireline field engineer on oil and gas fields in Gabon and Chad. She transferred back to Algeria, where she took a leave of absence to earn an MBA. This led to a role with a multinational pharmaceutical company. However, after a year, Wafaa’s boss, a former professor of hers, said, “This is not the place for you. You need to return to your field, to energy.”

Soon after, she was hired by GE Oil & Gas, where she worked as a lead service project manager. After four years, she wanted experience on the sales side of the business, so jumped to another multinational energy company, but after three years of valuable sales experience, it was clear her real passion was for the operational side of the business.

She returned to GE, in the Gas Power division, to support the implementation of a massive operations and maintenance, and upgrade agreement, covering 10 plants, generating up to 11 gigawatts of power.

Today, Wafaa is the loving mother of 2 children and is successfully balancing her responsibilities at home with a demanding professional career. The road to get to where she is today hasn’t always been an easy one but Wafaa attributes her success in part to always having a positive attitude and respecting the people around her.

She also gives credit to GE, “An organization that transforms engineers into leaders. If they see in you the seed of a leader, they make sure you succeed as one. They have the tools to make this happen – the courses, the systems, the mentorships.”

She carries that approach into her own work at GE, where she says one of her biggest accomplishments is building a team of young engineers. “A couple of years ago, we hosted 10 student interns from local universities. From those 10, we hired five, most of them women. We bet on these young people, and now they are some of the top talents at GE. It’s one of the things I’m proudest of in my career.”

Her advice to women entering the energy field, “Depend on yourself. Don’t be vulnerable. Be independent. Be strong. Help people. Treat everyone with respect. Respect is the key.”