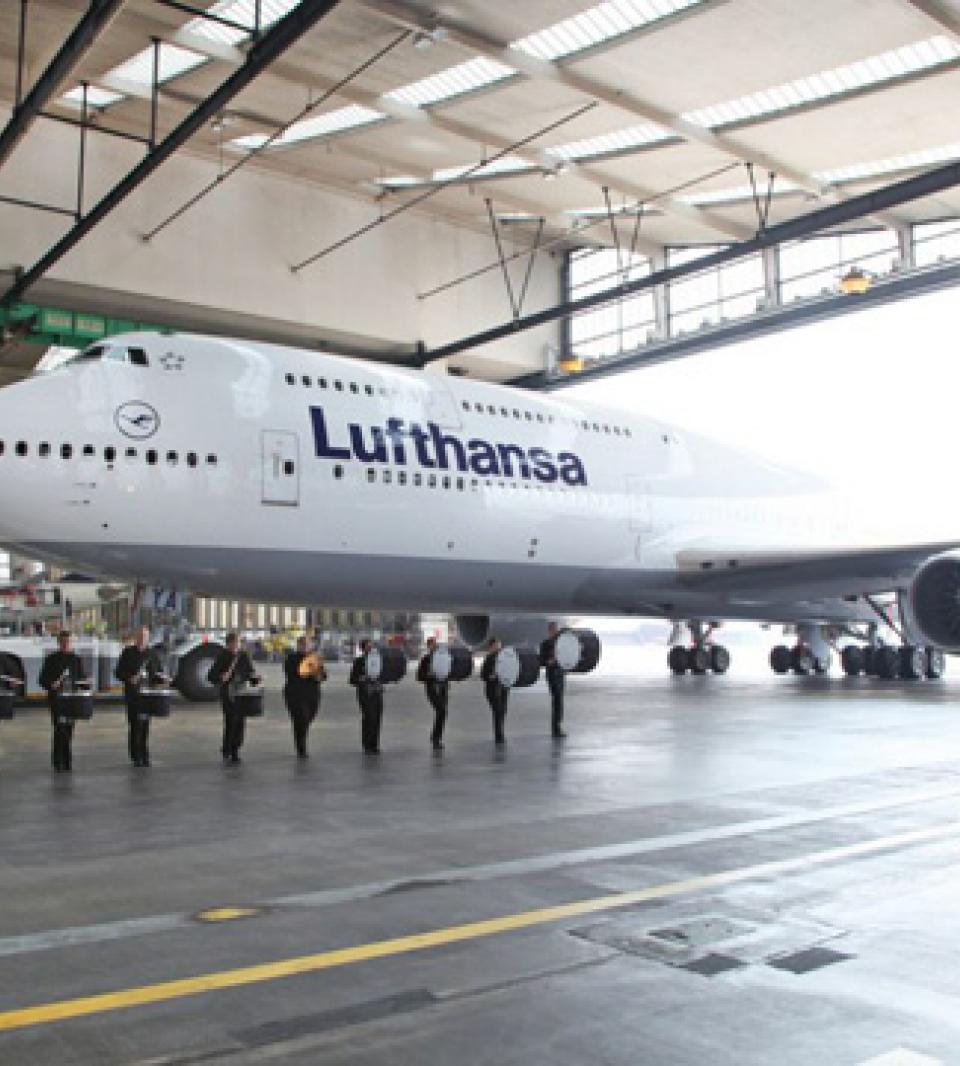 Airlines have been queuing up for GE Aviation’s GEnx jet engines for many reasons. The engines are thrifty with fuel, quiet, and so efficient that jumping a dozen time zones threatens to become a routine. Just two days ago, Lufthansa flew the first GEnx-powered Boeing 747-8 passenger jet from Seattle to Frankfurt. Other GEnx engines slung under the wings of a Japan Airlines Dreamliner, now commute between Boston and Tokyo.
But the road to Frankfurt wasn’t easy. “There for a while we were biting our nails,” says Tom Brisken, general manager in charge of large aircraft customer strategies at GE Aviation.

GE engineers started working on the GEnx in 2003. Back then, Boeing was building a new generation of advanced passenger planes, the Dreamliner and the 747-8 Intercontinental, and wanted engines to match the jets. “Boeing was pushing hard on weight, so we really pushed hard on engineering,” Brisken says.

The GEnx is the offspring of the GE90, the largest and most powerful passenger engine ever built. After the GE90 entered service in the 1990s, GE engineers went to back their computers and calculators and started looking for ways to their engine designs to the next level.

They reduced the number of the large composite fan blades at the front of the engine from 22 to 18, and took more blades out of the engine’s compressor. Still too heavy, they slashed by a third the amount of airfoils in the low pressure turbine at the back end of the engine. They hit their target on weight, but missed on performance. “We just went too far,” Brisken says. “When we ran the engine, we were down significantly from where we wanted to be.” The engineers ended up putting 200 pounds worth of airfoils back inside to get performance on target.

It was a victory, but it didn’t win the battle. The engine’s high-tech combustion system was causing more trouble. “We were getting pressure spikes in the combustion chamber that were creating stalls in the compressor and breaking components,” Brisken says. “It was a real showstopper for the program.”

With little time to spare, it was back to the design desk. “You’ve got a hurricane going on in that combustor,” Brisken, says. “Any disruption is like turning the hurricane on and off. You can just imagine the pounding on the components inside.” The team redesigned fuel manifolds, splitter valves, and other parts to smooth out the pressure flows. “It was like going from a four-speed transmission to continuous transmission,” Brisken says. “It totally resolved the issues. We turned the pounding off.”

GE makes two types of the GEnx engine, the larger GEnx-1B, which powers the Dreamliner, and its slightly smaller brother GEnx-2B, for the Intercontinental jumbo. The smaller engine entered freighter service last year and today they power 15 cargo planes.

Brisken’s already gotten some feedback. Pilots told him the engines are so quiet that they have to look at their gauges to make sure they are running. They are also quite efficient. “One pilot flying to Riyadh had to lower his landing gear and circle the airport to burn off fuel because too much fuel remained on board and put him over the maximum landing weight limit,” Brisken says.

In fact, new data pushed Boeing to improve its fuel burn estimate by 1 percent, potentially saving airlines millions of dollars. Says Brisken: “That is like heaven for us, to get a result like that.”