If you regularly drive long distances, it’s good practice to pop your car’s hood every few months for a thorough inspection of the engine, transmission, radiator, pumps and brakes. But if you’re only clocking up to a few dozen miles per month from the weekly supermarket run, you may be able to take a raincheck on that quarterly checkup.

Engineers at GE Renewable Energy are now applying the same general principle to the maintenance of wind turbines. They are calling their approach “odometer maintenance,” and if that makes you think of a car’s mileage, you’re on the right lines. “You don’t necessarily need to change your car’s oil if it’s been sitting in the driveway for months,” says Brian Theilemann, global services continuous improvement leader at GE Renewable Energy. “It’s the same with a wind turbine. We’re shifting away from a time-based approach to maintenance, to a usage-based approach.” This could mean more money in the bank for the farm operator, leading to the possibility of more renewables online for all of us.

Theilemann is quick to add that odometer maintenance goes far deeper than a turbine’s total miles, or its spinning hours. He and his team are using software that ingests mountains of hard data about power output, wind speed, internal and external temperatures, bearing usage, as well as the type of oil used to lubricate its gearbox. The software’s statistical model then delivers data from which to gain insights that help them determine the favored time for maintenance, potentially allowing the farm owner to extend the time the turbine stays online during the windy season. In fact, power producers can leverage odometer maintenance to schedule a fleet checkup during the less windy months of the year, which are less lucrative in terms of wholesale power revenues. “It’s a much smarter way to make use of the digital information that turbines are feeding us,” says Theilemann. “Some of our customers are getting entire cycles worth of uptime that they wouldn’t otherwise have gotten.”

The inspection and servicing of a turbine generally fall into three categories: greasing, torquing and visual checks, Theilemann says. Technicians, who climb long ladders located in the turbine tower to the nacelle — the box at the top of a wind turbine tower — will typically change oil and add grease to keep the turbine’s gearboxes and bearings running smoothly. The more power a turbine generates, the faster the oil loses its viscosity, stability or tolerance to water, and offers less resistance to the moving mechanical parts.

Technicians might also inspect and tighten the joints, cogs and bearings that produce a change in rotational force between the relatively slow-spinning rotor blades and the high-speed power generator. They will also cast their expert eye over the turbine’s yaw, pitching and braking systems to ensure that everything looks in good working order.

In the past, crews carried out these checks on a rigid schedule every six or 12 months. But not every turbine contributes the same amount to a farm’s output and identifying which turbines can safely stay online is a science. “Some farms have a huge footprint, which means that a turbine at one end of the farm could be generating far less than one at the other end,” says Brian Geist, an engineer at GE Renewable Energy.

But the combination of data and software can help winnow out the turbines that are ripe for a visit. “GE’s existing internal analytics give us the ability to calculate future usage and maintenance over a 12-month horizon,” Theilemann explains. “We can drill all the way down to the individual turbine level,” he adds. There’s a bonus: Turbine operators don’t need any new software or gear. Odometer maintenance is all about reaping insights from existing data. 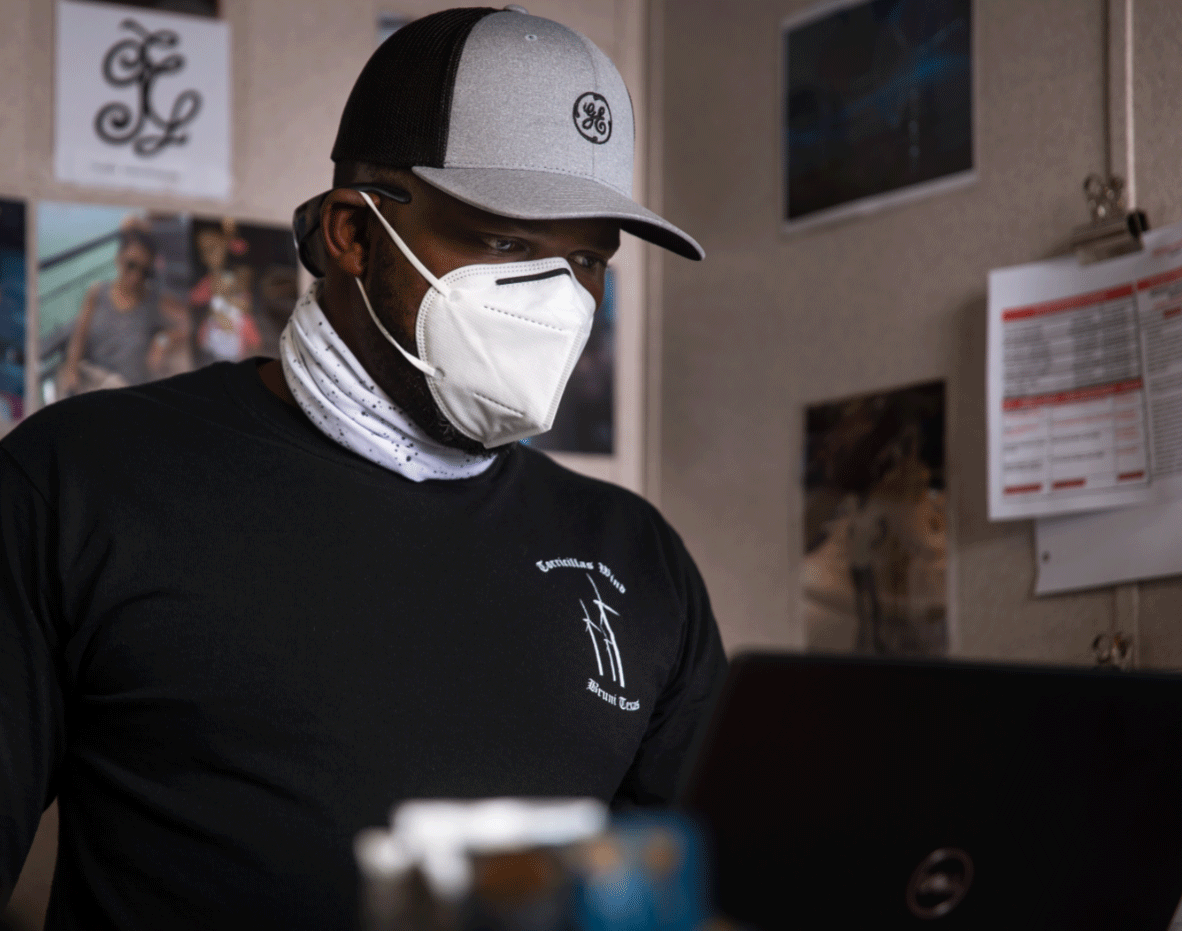 Theilemann and Geist say the approach can expand the time between inspections up to 18 months. This wider window gives the customer much more flexibility over the scheduling of maintenance. “They can perform it in seasons when prices or generation are at their lowest,” says Geist. The approach can also help cut the time spent carrying out maintenance — usually around 40 hours per turbine — by up to 34% per year. That can translate into tens of thousands of extra megawatt-hours of generation per year.

There’s also another added benefit. By increasing the time between inspections, field technicians are reducing the number of climbs that they are carrying out throughout the year, which in turn means that there is less likelihood for a safety incident to occur.

Odometer maintenance is already slashing turbine downtime in the real world. GE engineers recently leveraged the approach to benefit a Pakistani power producer who wanted to bring eight wind farms back online after several months of being idle. The GE team analyzed past usage and the results helped enable the operator to start producing power faster.

The approach also helped enable European wind power producers to improved generation and shore up energy security during the COVID-19 pandemic, which imposed constraints on the workforce and resources. The technology enabled them to prioritize certain sites, preserve resources, and increased the availability of some of the continent’s key wind parks during the pandemic. It also helped keep whole teams of technicians safe at a time when social distancing was essential.

The potential of odometer maintenance to safely squeeze out extra megawatt-hours for customers is getting an encouraging nod from the industry. Theilemann says GE’s usage-based maintenance approach has been thoroughly tested and endorsed by TÜV Nord Group, one of the largest wind services companies in the world.  “Other companies might be doing some form of condition-based maintenance,” says Theilemann. “But nobody is doing it with as much depth and breadth as us, especially when it comes to integrating turbines with digital systems.”