A digital twin of the Earth, “living robots” made of frog cells that replicate themselves, and a new plant to fight obesity. This week’s coolest things show the value of digging deeper. 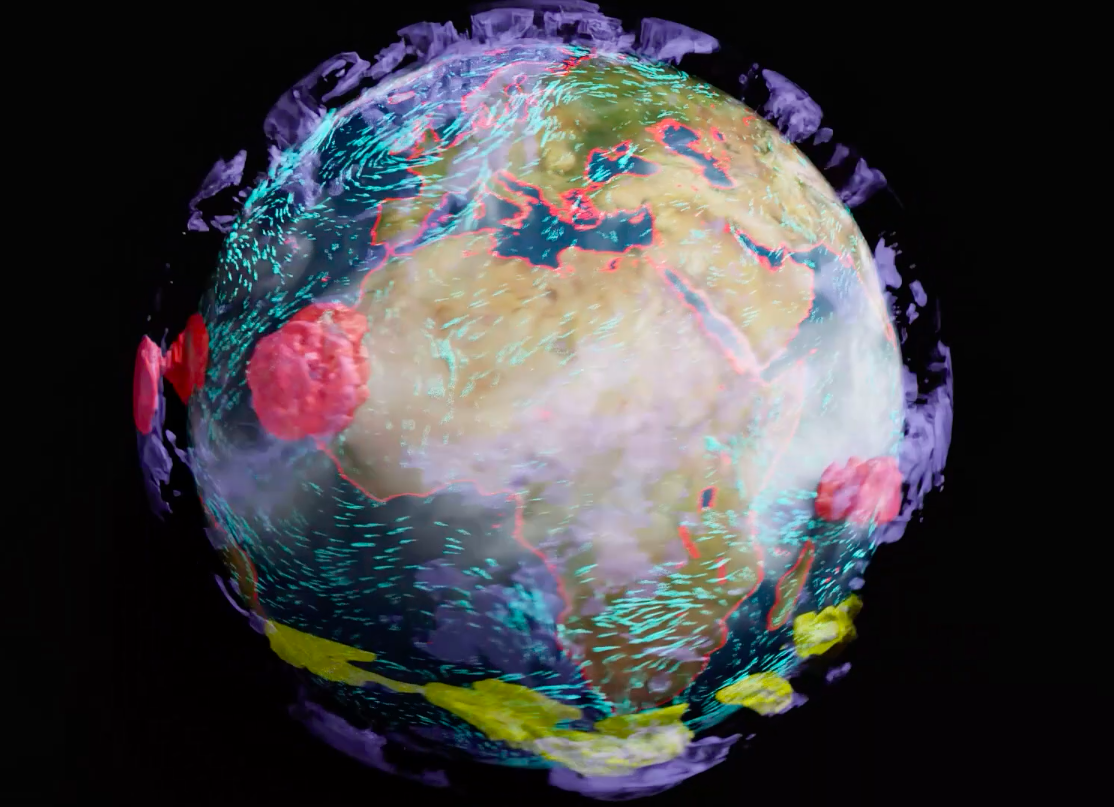 What is it? The graphics chip manufacturer Nvidia announced plans to build the world’s most powerful AI supercomputer to create a “digital twin of Earth” to model climate change.

Why does it matter? Nvidia CEO Jensen Huang wrote in a company blog that it’s difficult to mobilize action to mitigate climate change when the impact won’t be seen for decades. The answer, he said, is advanced simulations that can “know our future today.” Climate simulations that now are configured at 10-to-100-kilometer resolutions need to be at meter-scale resolution, he said, and that requires millions to billions of times more computing power than what’s now available. “It would take decades to achieve that through the ordinary course of computing advances,” Huang wrote.

How does it work? Named Earth-2, the planned AI supercomputer would combine three existing technologies: graphics processing unit computing, deep learning and neural networks, and AI supercomputers. “With super-resolution techniques, we may have within our grasp the billion-times leap needed to do ultra-high-resolution climate modeling,” Huang said.

What is it? Researchers got a “living robot” made of frog cells to replicate itself over and over again.

Why does it matter? Last year the scientists built the first living robots, called Xenobots, assembled from frog cells arranged by a supercomputer. Their new research, by teams at the University of Vermont, Tufts and Harvard, went the next step, creating “baby” Xenobots that start their lives within a few days of being “born.” These self-replicating robots may raise concerns, but the millimeter-sized machines are easily extinguished and offer important insights into replication, researchers said. Among the possible uses are regenerative medicine and cleaning up plastics in waterways. This kind of reproduction “is something that’s never been observed before,” said Tufts scientist Douglas Blackiston, co-author of the study, published in the Proceedings of the National Academy of Sciences.

How does it work? Researchers put thousands of the frog-cell Xenobots in a petri dish, where they would spontaneously assemble together and in a few days build copies of themselves. But these robots were unable to reproduce beyond the first generation. So the scientists turned to artificial intelligence to test billions of body shapes that might build stronger offspring by allowing more effective cellular motion. One winner, remarkably enough, was a Pac-Man shape. “These are frog cells replicating in a way that is very different from how frogs do it,” said Sam Kriegman, the study’s lead author.

A Plant For Obesity 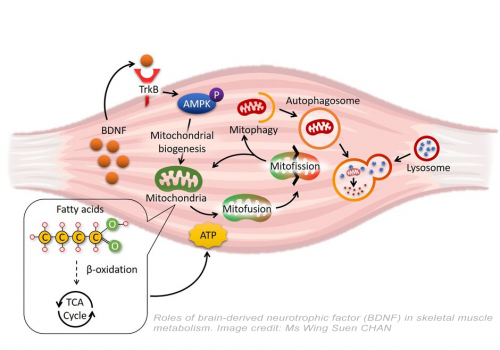 What is it? University of Hong Kong researchers showed how obesity damages the body — and identified an ingredient in a plant that could potentially treat it.

Why does it matter? Researchers have observed that obese patients metabolize fat in their skeletal muscle more slowly, but scientists didn’t fully understand how. Now, a team led by Dr. Chi Bun Chan found that obesity reduces a protein called brain-derived neurotrophic factor (BDNF) in the skeletal muscle of mice. That leads to increased body weight and insulin resistance. The researchers found that adding a form of BDNF to the mice’s diet, through a plant found in South America, alleviated obesity issues. That suggests the plant might be used as a drug for humans. BDNF “has been underestimated,” Chan said.

How does it work? The researchers removed the BDNF gene in mice and then studied what happens to the mice’s mitochondria in the muscle — the powerhouses of a cell that convert nutrients into biological energy. Turned out the absence of BDNF impaired the mitochondria so that they couldn’t metabolize lipids at a normal pace. The BDNF mimetic found in the plant Godmania aesculifolia helped fix the mitochondrial dysfunction. “Clearly, muscle-derived BDNF is a weight-control protein,” said Chan, whose work was published in the journal Autophagy.

Putting A Brake On Cancer 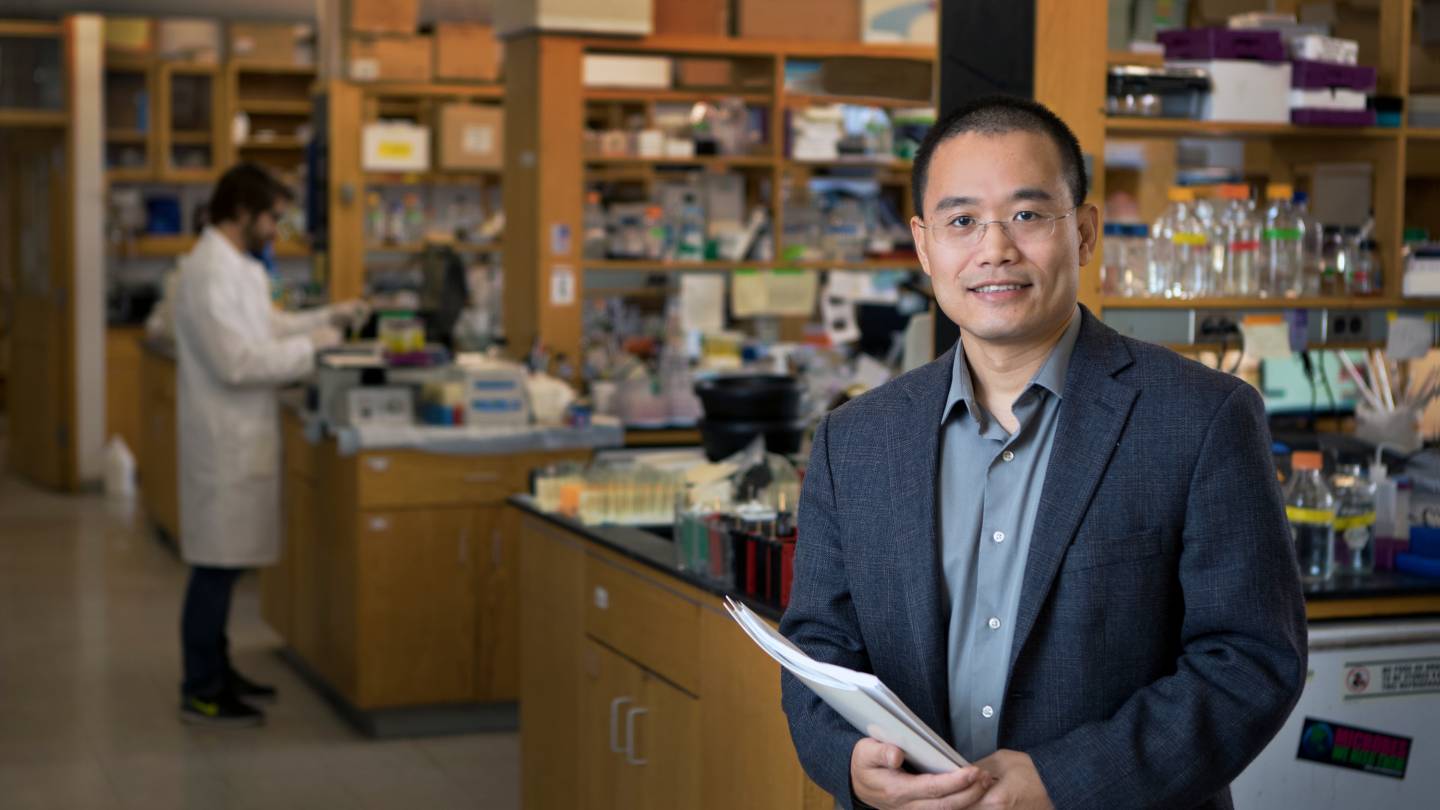 What is it? Princeton University researchers have identified a compound that may stop the spread of breast, prostate and other cancers.

Why does it matter? Metastatic cancers are the primary cause of death in cancer patients — more than 40,000 annually in breast cancer alone. A key driver of that spread is a little-known gene, metadherin (MTDH), the Princeton scientists found in earlier work. In their latest research, in mice and human tissue, they have discovered a compound that disables the gene, offering the tantalizing possibility of a targeted drug treatment. “MTDH is important for most major human cancers, not important for normal cells, and it can be eliminated with no obvious side effects,” said Yibin Kang, Princeton’s Warner-Lambert/Parke-Davis Professor of Molecular Biology.

How does it work? MTDH allows tumors to flourish only after docking with a protein called SND1, using its finger-like projections to nestle into two pockets on the surface of SND1. “Like two fingers sticking into the holes of a bowling ball,” Kang said. Researchers spent two years combing through a library of compounds until they found one that can fill the pockets and disrupt the connection. The drug essentially reactivates the immune system’s alarm system, which MTDH had suppressed. That makes tumors more susceptible to chemotherapy and immunotherapies, according to the study, published in Nature Cancer.

Origins Of An Outbreak

What is it? Researchers at the University of Georgia (UGA) studied more than 4,000 infectious disease outbreaks to learn more about why some flare up while most fizzle out.

Why does it matter? “There is still a lot of work to do to understand how large-scale infectious disease outbreaks can be avoided and controlled,” said Patrick Stephens, a UGA research scientist and lead author of a new global study on the issue in Philosophical Transactions B. “Our research is an extremely important first step to better understand global variation in the drivers of outbreaks.”

How does it work? Stephens and colleagues gathered data on 4,400 zoonotic infectious diseases — those passed from animals to humans — from peer-reviewed scientific literature. They identified 48 drivers of disease spread based on ecological, environmental and socioeconomic factors and compared them in large-scale and control outbreaks. The team found that widespread outbreaks were more likely than small-scale ones to be influenced by unusual weather patterns and pests like mosquitoes and ticks. Viral pathogens, like influenza and coronaviruses, were also prone to spread wider than other illnesses. “Our research was designed to understand what proportion of outbreaks various drivers contributed to. To our knowledge, this study is the first to do so for a global sample of outbreaks of many diseases,” Stephens said.