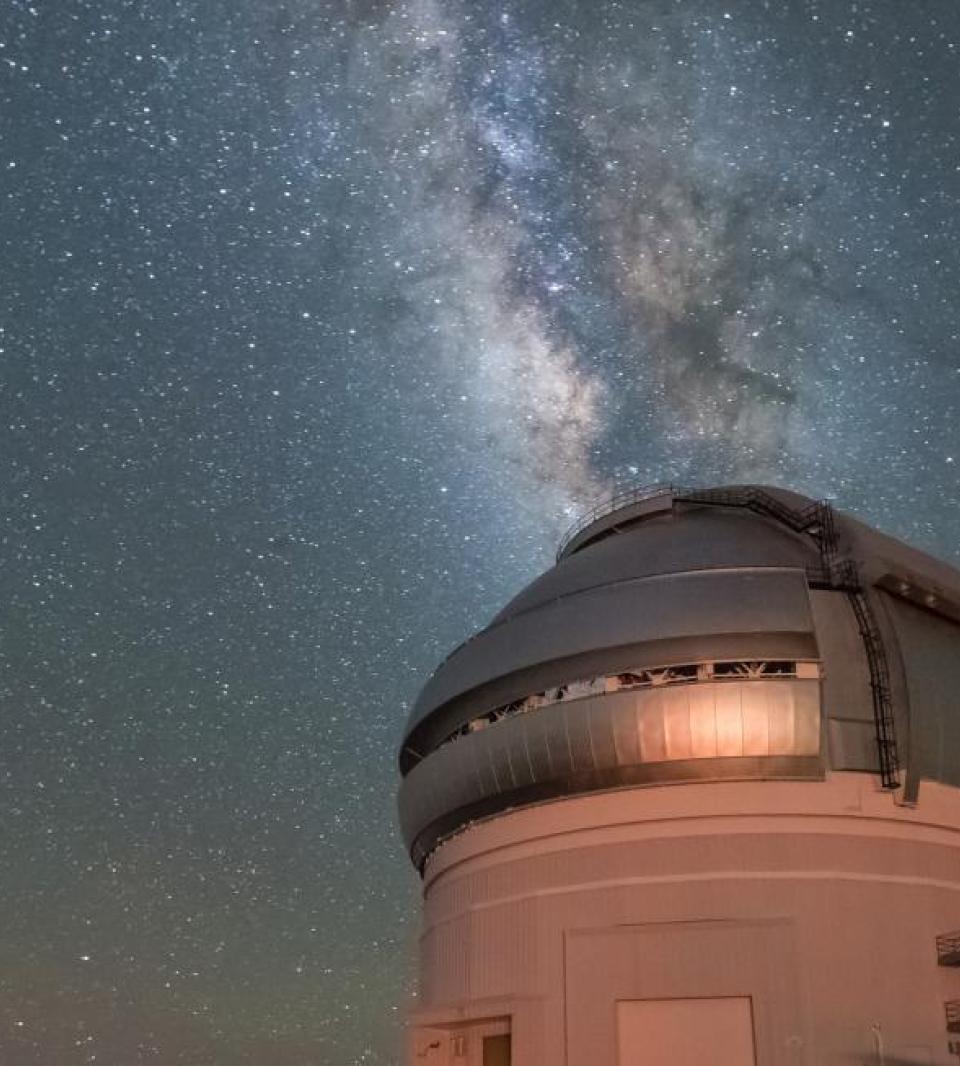 A brain implant that could help restore sight, the first possible planet spotted outside our galaxy, and a skin fix that could help burns disappear. This week’s coolest things are visions to behold.

More Than Meets The Eye 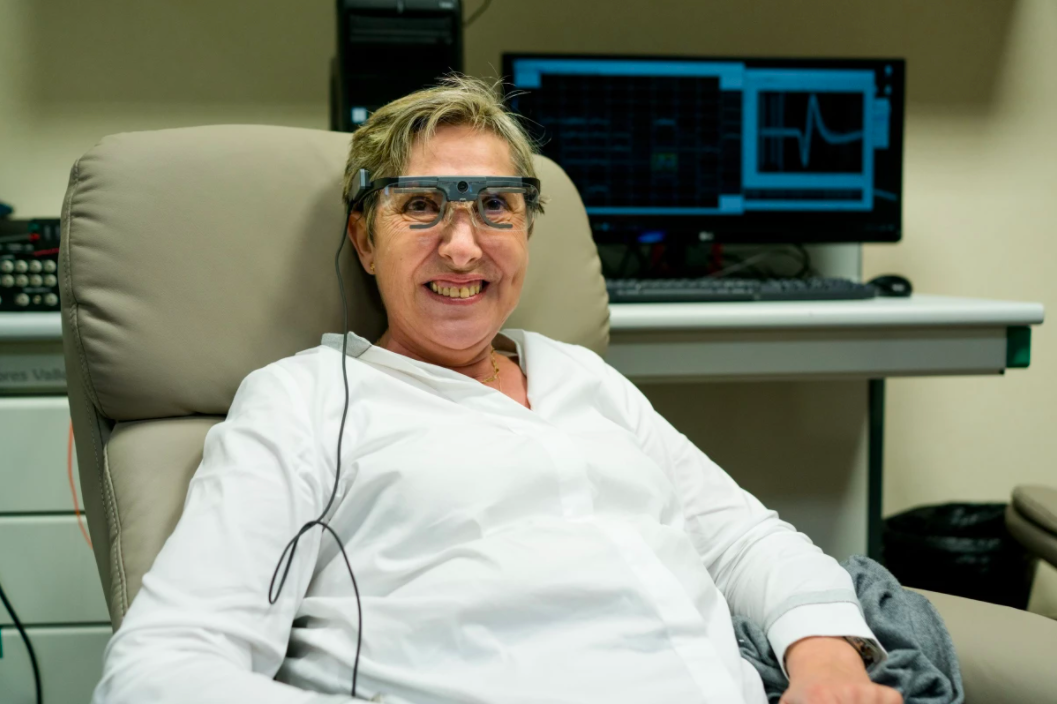 What is it? Scientists at Spain’s Miguel Hernández University (UMH) implanted electrodes in a blind woman’s brain that enabled her to see simple shapes and patterns.

Why does it matter? The brain implant, which is only four millimeters wide, produced these results with lower electric current, which UMH professor and research leader Eduardo Fernández Jover says is safer for the patient. The study, published recently in The Journal of Clinical Investigation, also found that the current did not impact brain cortex function or nearby neurons.

How does it work? Researchers created a pair of glasses equipped with an artificial retina. The glasses registered the patient’s visual field and converted the information to electrical signals, then sent them to the 100 microelectrodes in the implant that stimulated the patient’s cerebral cortex. By bypassing the eyes entirely, Jover said, “the implanted person was able to recognize several complex stimulation patterns and accurately perceive shapes and letters.” 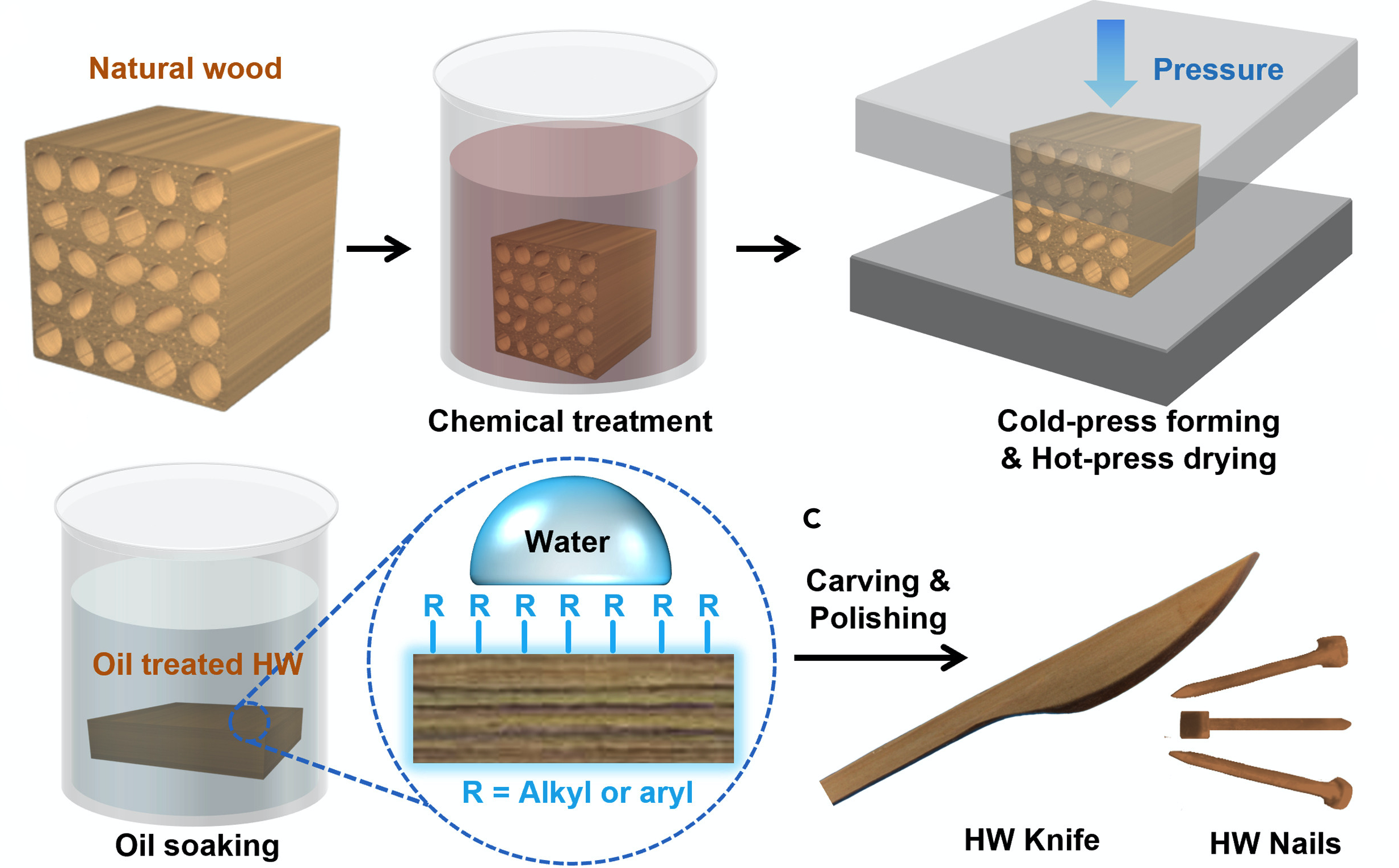 What is it? Engineers at the University of Maryland (UMD) used super-hardened wood to create a knife three times sharper than a steel table knife.

Why does it matter? Sharp knives are usually made from high-quality stainless steel or ceramic. Using a renewable resource like wood with a more sustainable manufacturing process could help support a lower-carbon future.

How does it work? Researchers took a two-step approach to hardening the wood. First, they boiled the wood in a chemical solution at 100 degrees Celsius. This reduced the amount of lignin, a weak binding material, while retaining its strongest component. “Cellulose, the main component of wood, has a higher ratio of strength to density than most engineered materials, like ceramics, metals, and polymers, but our existing usage of wood barely touches its full potential,” said Teng Li, a mechanical engineering professor at UMD and senior author of a study on the method, published in the journal Matter. In the second step, Li’s team applied heat and pressure, which removed water and made the wood denser. The engineered material was 23 times harder than natural wood and had far fewer defects.

Origins Of An Outbreak

What is it? Researchers at the University of Georgia (UGA) studied more than 4,000 infectious disease outbreaks to learn more about why some flare up while most fizzle out.

Why does it matter? “There is still a lot of work to do to understand how large-scale infectious disease outbreaks can be avoided and controlled,” said Patrick Stephens, a UGA research scientist and lead author of a new global study on the issue in Philosophical Transactions B. “Our research is an extremely important first step to better understand global variation in the drivers of outbreaks.”

How does it work? Stephens and colleagues gathered data on 4,400 zoonotic infectious diseases — those passed from animals to humans — from peer-reviewed scientific literature. They identified 48 drivers of disease spread based on ecological, environmental and socioeconomic factors and compared them in large-scale and control outbreaks. The team found that widespread outbreaks were more likely than small-scale ones to be influenced by unusual weather patterns and pests like mosquitoes and ticks. Viral pathogens, like influenza and coronaviruses, were also prone to spread wider than other illnesses. “Our research was designed to understand what proportion of outbreaks various drivers contributed to. To our knowledge, this study is the first to do so for a global sample of outbreaks of many diseases,” Stephens said.

What is it? Researchers at the Harvard-Smithsonian Center for Astrophysics used X-rays to identify a possible exoplanet outside of the Milky Way galaxy.

Why does it matter? Astrophysicists have a good handle on the exoplanets (those outside our eight-planet solar system) in our own galaxy, the Milky Way. Nearly all of them are within 3,000 light years of Earth. The candidate located in M51, or “the Whirlpool Galaxy,” would be around 28 million light years away. “We are trying to open up a whole new arena for finding other worlds by searching for planet candidates at X-ray wavelengths, a strategy that makes it possible to discover them in other galaxies,” said Rosanne Di Stefano, who led the study that identified the celestial body. The team’s findings were published in Nature Astronomy.

How does it work? Researchers studied the intensity of X-rays from light systems that form when a black hole or neutron star pulls in gas from a nearby star, producing an intense X-ray glow. The team observed a temporary dimming in one of these systems, likely caused by a planet passing in front of a star, an event called a transit. Because binaries emit bright X-rays from small areas, a passing planet blocks more light, relatively speaking, than planets transiting ordinary stars. This allowed the team to detect a possible transit much farther from Earth than before. “We know we are making an exciting and bold claim, so we expect that other astronomers will look at it very carefully,” said study co-author Julia Berndtsson of Princeton University. “We think we have a strong argument, and this process is how science works.”

What is it? Stanford researchers discovered that disabling a biological sensor in skin cells could help damaged human skin regenerate without scarring.

Why does it matter? Scarring after major injury can impede physical movement and the skin’s biological processes. “Patients with severe injuries or burns can suffer a lifetime of pain and disfigurement from scarring. The potential to heal burn injuries with regeneration, rather than scarring, would dramatically change the lives of these patients,” said Geoffrey Gurtner, a Stanford surgery professor who co-developed a new healing mechanism for burn patients. “There are zero Food and Drug Administration-approved treatments that reduce scar formation,” he added. Gurtner and colleague Michael Longaker are senior authors of a new paper on burn scarring published in Nature Communications.

How does it work? Gurtner and Longaker studied the humble salamander, an amphibian with lifelong skin regenerating abilities. They found that small animals heal well after injury because the bonds between their skin cells are relatively weak. “All the animals capable of scarless regeneration have very small bones, and their tissues are almost gelatinous,” Gurtner said. The pair homed in on a molecule called focal adhesion kinase, which is key to cells’ ability to detect mechanical stress. They disabled the molecule and tested the outcome in pig skin. “To our surprise, simply blocking this one component allowed burn injuries that normally result in scars to heal with completely normal skin architecture and morphology, just like a salamander would,” Gurtner said.