Seeing a hurricane from the inside, solving the “three-body problem” by predicting stars’ random orbits and treating depression with precise brain stimulation. This week’s coolest things are all in and far out.

What is it? Scientists used an ocean drone to capture first-ever video footage from inside a major hurricane.

Why does it matter? The uncrewed surface vehicle, or USV, built by Saildrone is much more than a storm spy cam. It’s a high-tech piece of equipment capturing key scientific data around the clock. Researchers hope it will give them insight into how tropical storms escalate into hurricanes and help them make more accurate forecasts. Greg Foltz of the National Oceanographic and Atmospheric Administration (NOAA) said, “Rapid intensification, when hurricane winds strengthen in a matter of hours, is a serious threat to coastal communities. New data from Saildrones... will help us better predict the forces that drive hurricanes and be able to warn communities earlier.”

How does it work? San Francisco-based company Saildrone built the SD 1045 vessel with a special “hurricane wing” to withstand extreme weather. When recording Hurricane Sam in the Atlantic last month, it withstood 50-foot waves and 120-mile-per-hour winds. A system of advanced sensors precisely maps and measures the storm’s conditions. SD 1045 runs mostly on solar and wind power. 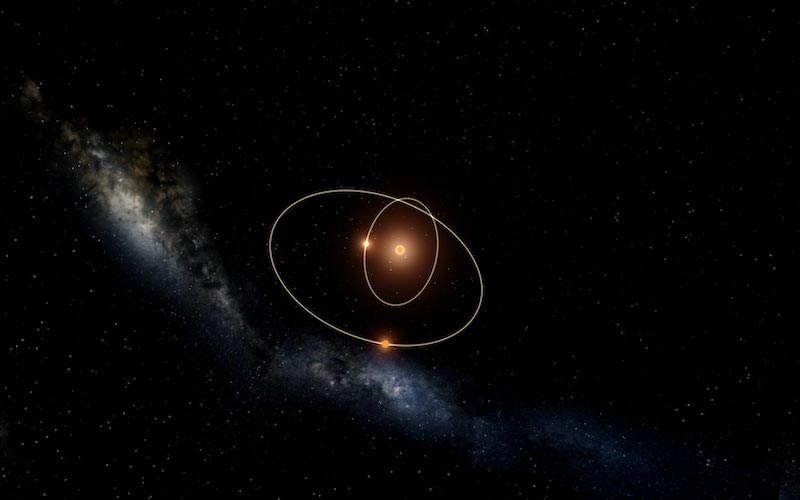 What is it? A professor-student duo at Technion-Israel Institute of Technology discovered a partial solution to the “three-body problem,” a mystery of astrophysics that has stumped scientists for centuries.

Why does it matter? When one massive object orbits another independently, its trajectory can be calculated and remains constant. But celestial bodies in groups of three (like the sun, moon and Earth) change orbit over time under the influence of mutual gravity, and their orbits can become chaotic and impossible to predict. The Technion team’s research, published in the journal Physical Review X, provided a breakthrough. “This has important implications for our understanding of gravitational systems, and in particular, in cases where many encounters between three stars occur, like in dense clusters of stars,” said professor Hagai Perets.

How does it work? In 2017, Perets and doctoral student Yonadav Barry Ginat developed a theory built on the “random walk model” that describes a series of random steps. It shows how stars could be periodically ejected from a three-body system and then rejoin it. Rather than predicting the final outcome — when, where and in what direction the star would be permanently ejected — their latest research calculates the probability of various outcomes. This sidestep led them to a partial solution. In the three-body problem’s “chaotic” system, that’s as good as it gets.

What is it? Researchers at the University of California San Francisco used precision deep-brain stimulation (DBS) to successfully treat a patient’s severe depression.

Why does it matter? Patients with severe, treatment-resistant depression may spend months or years trying multiple medications until one, or a combination of several, provides some relief. Depression can be a lifelong — and life-threatening — disorder: It is the leading contributor to suicide, according to the American Foundation for Suicide Prevention.

How does it work? Based on previous research in epilepsy patients, neurosurgeon Edward Chang located the “depression circuit” and a related biomarker in the brain of a woman named Sarah who suffered from severe depression. They implanted a DBS device with two electrodes in Sarah’s brain, placing one lead in the region where they found the biomarker and the other near her depression circuit, where stimulation was most likely to alleviate symptoms. The first lead constantly monitored for the biomarker; when it detected it, it signaled the other to emit electrical stimulation. “We were able to deliver this customized treatment to a patient with depression, and it alleviated her symptoms,” said Katherine Scangos, first author of the team’s paper, published in Nature Medicine. “We haven’t been able to do this kind of personalized therapy previously in psychiatry.”

What is it? Purdue University engineers created a cellular “time machine” that reversed the spread of pancreatic cancer in a model.

Why does it matter? Pancreatic cancer is a deadly cancer, with a five-year survival rate of just 10%, according to the American Cancer Society. As with many types of cancer, genetic therapies are a promising treatment approach. “These findings open up the possibility of designing a new gene therapy or drug, because now we can convert cancerous cells back into their normal state,” said Bumsoo Han, program leader of the Purdue Center for Cancer Research. The team’s study was published in the journal Lab on a Chip.

How does it work? Han’s team developed a postage-stamp-size replica of a pancreas duct and acinus, a structure that can malfunction in cancer patients and cause the organ to destroy itself. Researchers implanted human cancer cells into the artificial acinus. They also replicated a gene, PTF1, that is key to fetal development of the acinus. When they activated this gene in the model structure, it “reset” the pancreas to grow normal cells, stopping and reversing the existing cancer. 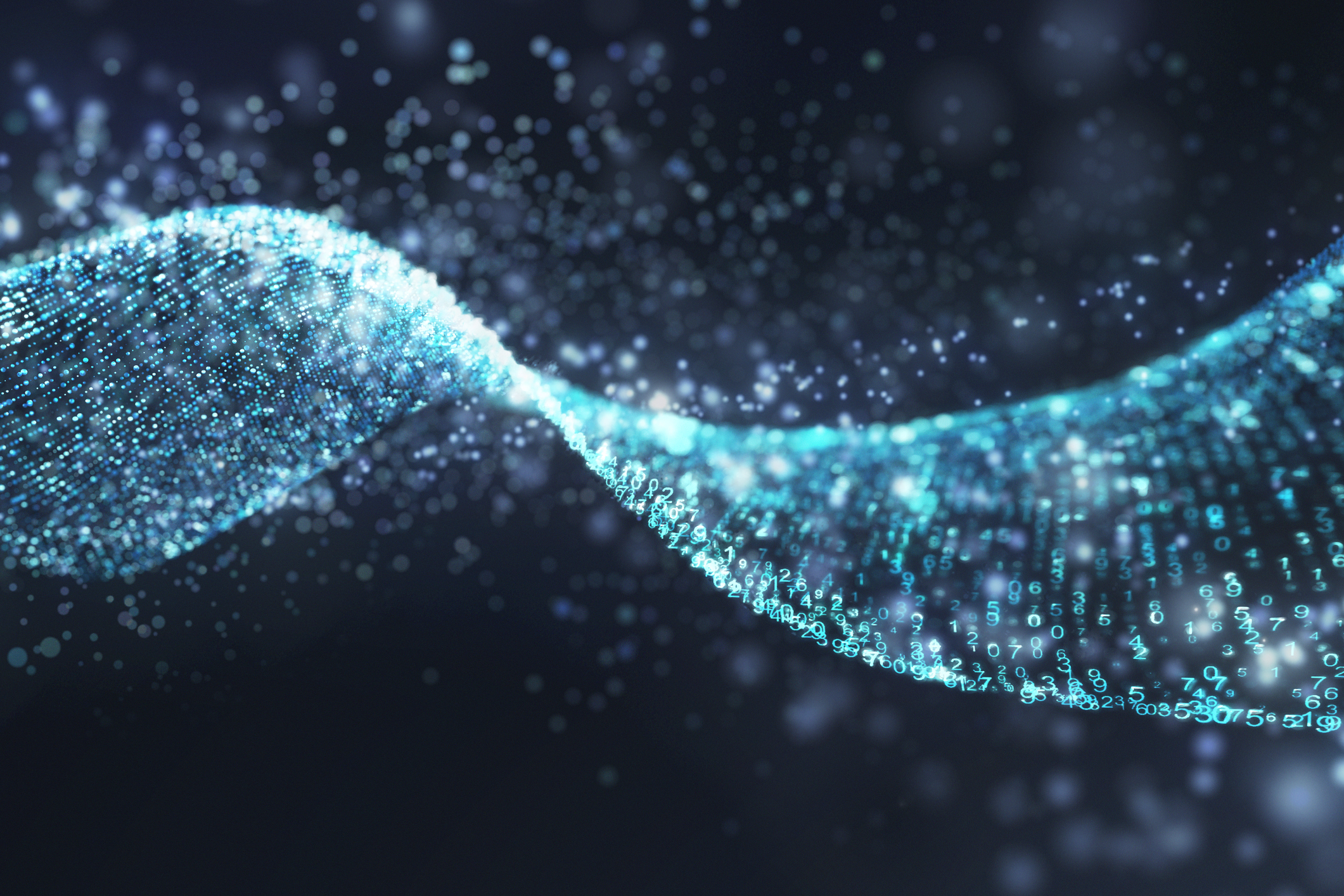 What is it? Northwestern University researchers have proposed a new, faster way to record information in DNA. The process can be completed in minutes.

Why does it matter? With existing methods of writing new code into DNA, “researchers must stimulate and repress expression” of enzymes called DNA polymerases and other proteins, “which can take over 10 hours to complete,” said Keith E.J. Tyo, a Northwestern engineering professor and senior author of the findings, published in the Journal of the American Chemical Society. The new method involves directly manipulating the enzyme that synthesizes the DNA, allowing the proteins to do their work in minutes. The implications are potentially vast. Digital data like a video recording could theoretically be transferred into DNA through this method, and, as a report by Northwestern Now explained, “we could get rid of hard drives and store all the digital data on the planet within a couple hundred pounds of DNA.”

How does it work? Using an enzyme called terminal deoxynucleotidyl transferase (TdT), the team was able to transduce environmental signals into DNA. The signals included temperature fluctuations and changes in concentrations of cobalt, calcium and zinc placed into the solution containing the enzyme. The TdT enzyme worked in conjunction with a naturally occurring enzyme to record these environmental changes within the molecules. This technique allowed the process to be completed faster by orders of magnitude than in the DNA-encoding processes now in use.