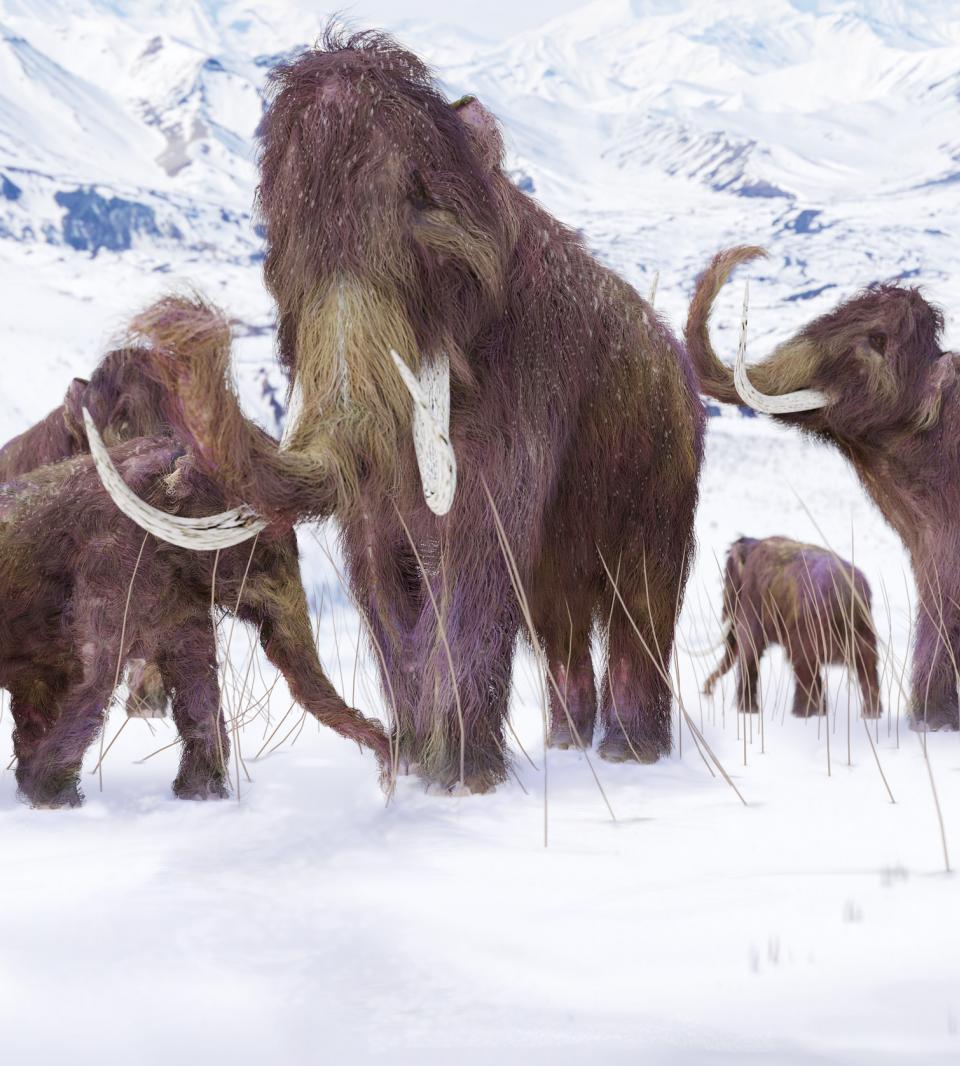 A cancer treatment from pea plants, woolly mammoths against climate change, and sensitive 3D-printed objects — this week’s coolest things take inspiration from the past and the present to engineer the future.

Peas Of The Puzzle 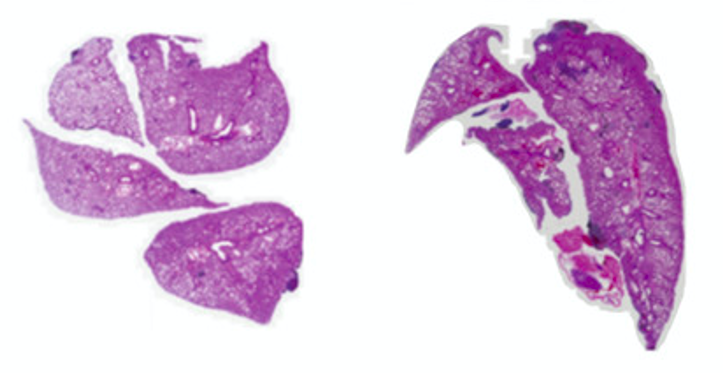 What is it? Nanoengineers used a common plant virus to develop a cancer treatment that could keep tumors from spreading.

Why does it matter? Metastatic cancers — those that spread beyond the site of the original tumor — can be difficult to treat. Nicole Steinmetz, a nanoengineering professor at the University of California San Diego who led the research, hopes her team’s findings could help change this. The treatment “would be given to patients who are at high risk of their tumors growing back as a metastatic disease, which often manifests in the lung. This would offer their lungs protection against cancer metastasis,” Steinmetz said.

How does it work? To create the nanoparticles, Steinmetz’s team grew black-eyed pea plants in the lab, then infected them with the cowpea mosaic virus. They harvested the virus in the form of spherical nanoparticles. By attaching molecules that target a protein in the lungs, the team “programmed” the nanoparticles to deliver the virus there. “Because these nanoparticles tend to localize in the lungs, they can change the tumor microenvironment there to become more adept at fighting off cancer — not just established tumors, but future tumors as well,” said Eric Chung, a Ph.D. student in Steinmetz’s lab and a co-first author of a paper on the research published in Advanced Science. When tested in mice, the treatment resulted in smaller lung tumors and longer survival.

Building A Bridge Through The Air 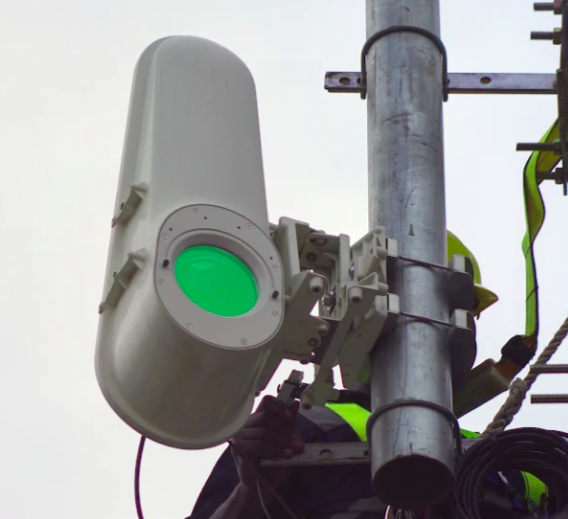 What is it? Alphabet subsidiary X Development is delivering wireless internet to a hard-to-reach area of the Democratic Republic of Congo by linking it to another city — by light beams through the air.

Why does it matter? The cities of Brazzaville, Republic of the Congo, and Kinshasa, Democratic Republic of Congo, are just three miles apart, separated by the Congo River (the world’s deepest). High-speed internet is five times more expensive in Kinshasa, because the fiber cable that carries it must go 250 miles out of its way to bypass the river. The Taara project brought fast, affordable internet to Kinshasa by linking it to its more connected neighbor, which could set the stage for extending internet access to other underserved geographies.

How does it work? Like in-ground fiber-optic cable, Taara’s wireless uses light to carry data. Two Taara terminals link up by connecting via airborne light beams. The beams “lock in like a handshake to create a high-bandwidth connection,” explained Baris Erkmen, Taara director of engineering, in a blog post. X Development continues to improve its technology by sharpening accuracy and adapting to environmental factors. Erkmen says the company is planning to expand its network strategically in places with optimal atmospheric conditions, where the service should work at least 99% of the time. 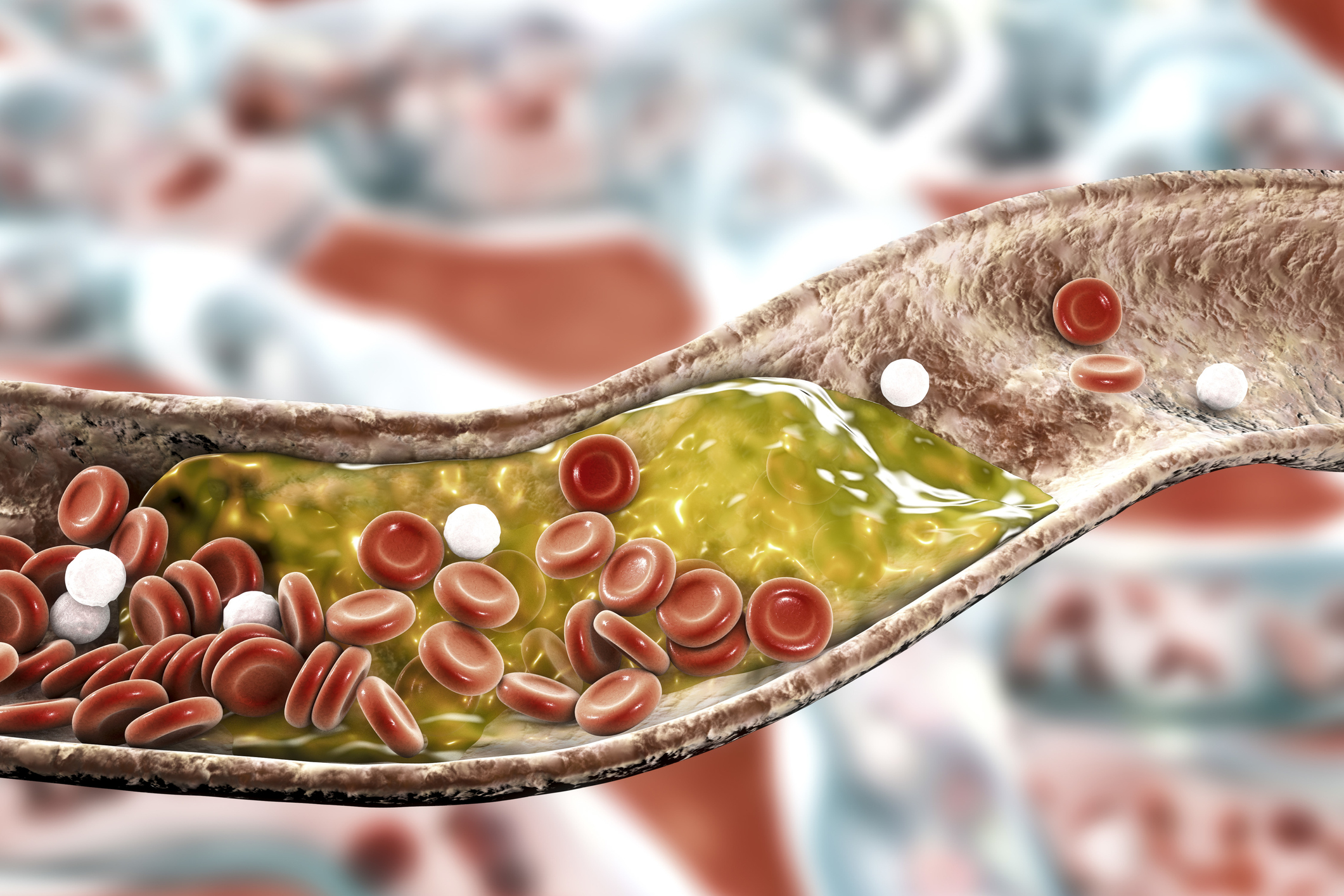 What is it? The UK’s National Health Service (NHS) will begin administering a drug that has been shown to reduce LDL cholesterol and is expected to save 30,000 lives in the next decade.

Why does it matter? Heart disease is responsible for more deaths worldwide than any other cause. It kills 140,000 people per year in England, where more than 40% of residents have high cholesterol. LDL (aka “bad”) cholesterol in the blood raises the risk of heart attack and stroke. The new drug, Inclisiran, could benefit 300,000 patients “with high cholesterol and a history of cardiovascular disease” over the next three years. “It has been estimated that Inclisiran could prevent 55,000 heart attacks and strokes, saving 30,000 lives within the next decade,” according to a NHS press release.

How does it work? Inclisiran was developed by Novartis, which bills it as “the first and only small interfering RNA (siRNA) therapy to reduce low-density lipoprotein cholesterol (LDL-C) levels via an RNA interference (RNAi) mechanism.” In clinical trials across the UK, the drug was shown to lower LDL-C levels, which it achieves by using RNAi to help the liver remove LDL from the blood. Inclisiran can work alongside statins and will be administered in two doses three months apart, and then twice a year. The pharmaceutical company filed a new drug application for inclisiran (brand name: Leqvio) to the U.S. FDA in December 2020. 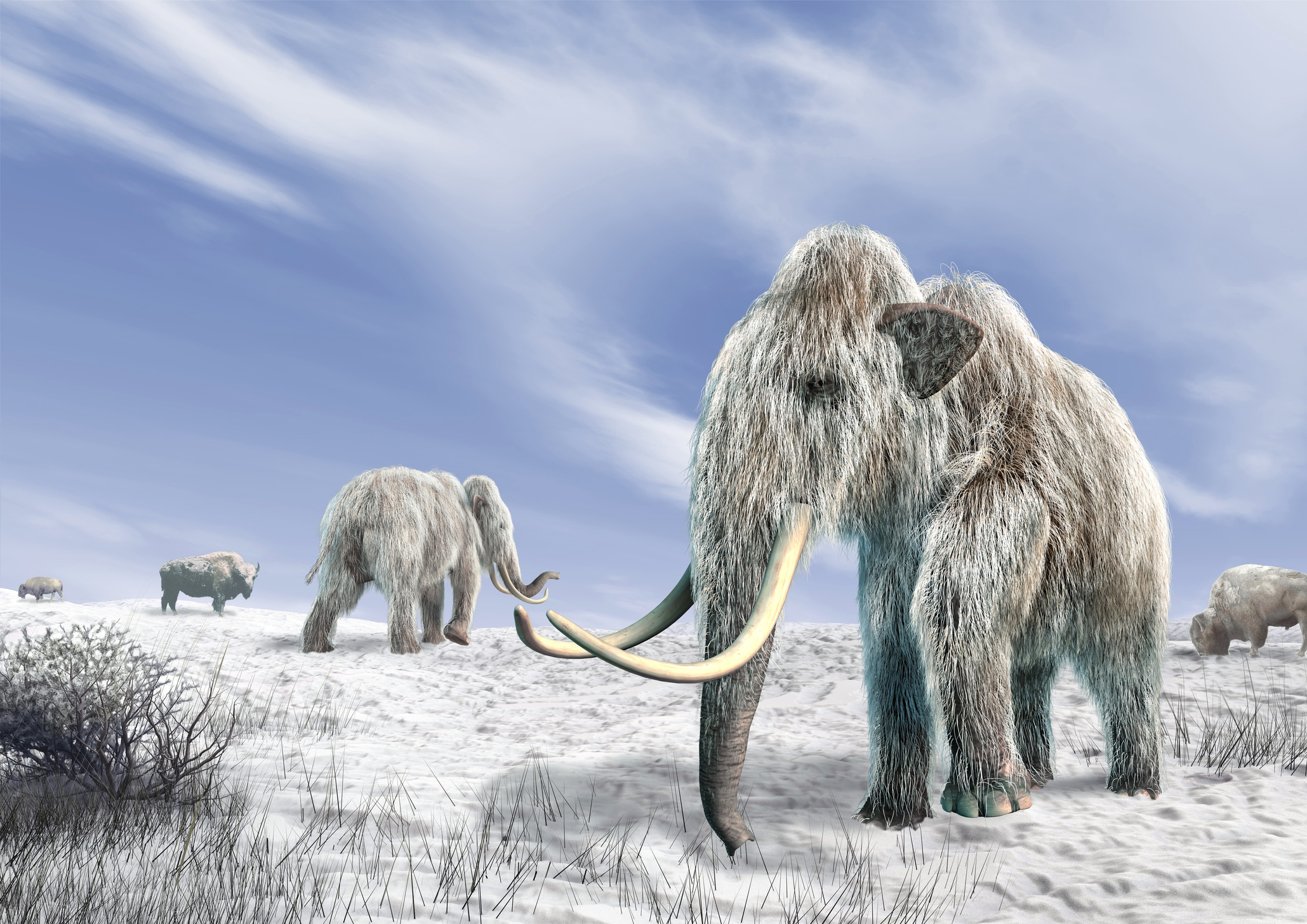 What is it? A Harvard genetics professor aims to protect the globe’s permafrost and slow climate change by repopulating the Arctic tundra with genetically engineered woolly mammoths, STAT News reported.

Why does it matter? Scientist George Church, a pioneer in gene editing at Harvard Medical School, launched the “de-extinction” company Colossal in order to apply gene-editing technology “aimed at rebuilding the DNA of lost megafauna and other creatures that had a measurably positive impact on our fragile ecosystems.” By bringing mammoths back to life and setting them loose on the tundra, the hope is that they will act as natural geo-engineers by trampling trees and transforming the tundra into a steppe-like grassy landscape. Because grasses absorb less heat, this would theoretically bring down temperatures in the Arctic landscape and help to keep massive amounts of carbon stored in the permafrost rather than escaping into the atmosphere.

How does it work? Using existing viable mammoth DNA samples, the group hopes to edit the genes of Asian elephants with small components of synthetic mammoth DNA to create a hybrid animal that can live in climates of –40 degrees Fahrenheit. The resulting cells would be implanted in artificial wombs to incubate embryos that would gestate for 22 months. Colossal believes the first animals can be “born” within 12 years. Although bioethicists have expressed concerns and major regulatory hurdles would need to be cleared to reintroduce the animals in U.S., Canadian and Russian territory, Church claims the real barrier is “more financial and willful. In principle, one could make 100,000 [mammoths] at once over two years.”

How To Sense A Disturbance In The Force 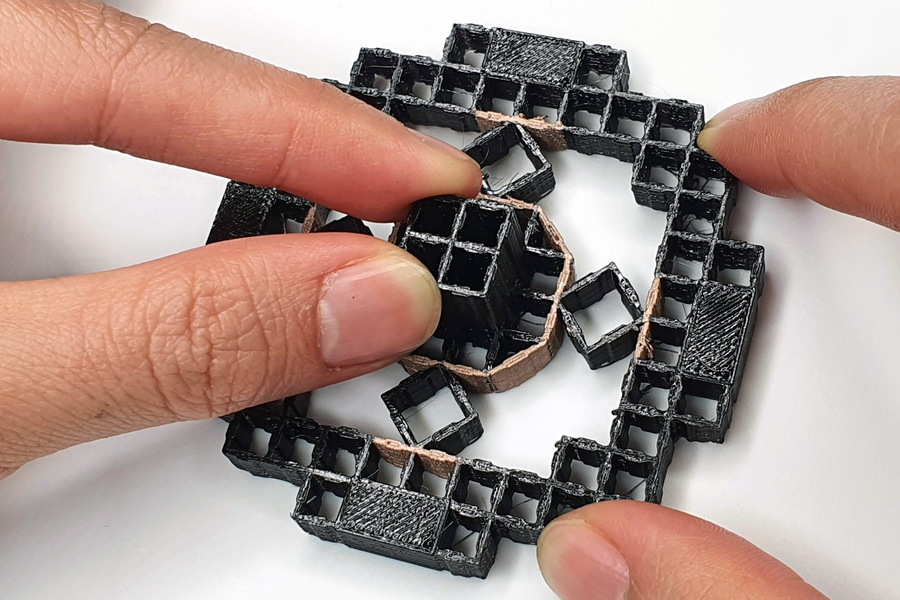 What is it? A group of researchers at the Massachusetts Institute of Technology devised a method to 3D-print objects with built-in force detection.

Why does it matter? When designers want to add sensing capabilities to a 3D-printed object, they usually apply them manually by attaching conductive copper tape, adding conductive paint or inks onto the object or assembling separate 3D-printed parts. A new process, dubbed MetaSense, imparts the material itself with sensing capabilities. “This will enable new intelligent environments in which our objects can sense each interaction with them,” said Stefanie Mueller, a coauthor of a paper on the process presented at the 34th Annual ACM Symposium on User Interface Software and Technology.

How does it work? The researchers began with metamaterials —  functional materials with unique patterns and structures that behave in ways not found in nature. Taking advantage of the cells’ abilities to stretch or compress, they created “conductive shear cells” containing both conductive and nonconductive walls. The conductive walls acted as electrodes. By applying force with a joystick, they could measure the magnitude and direction of the applied forces using capacitive sensing. “In a multimaterial 3D printer, one nozzle would be used for nonconductive filament and one nozzle would be used for conductive filament,” explained Jun Gong, a lead author of the study. “As 3D printing technology continues to get better, this will be much easier for users in the future.” Applications might include a chair that senses when a person sits down and responds by turning on the lights, or flexible input devices, such as a squeezable volume controller for electronics.