Tiny 3D-printed catalysts could help keep hypersonic aircraft from overheating, “tumor avatars” could help doctors treat cancer, and a touch screen without the screen. This week’s coolest things are so hot they will make you look twice. 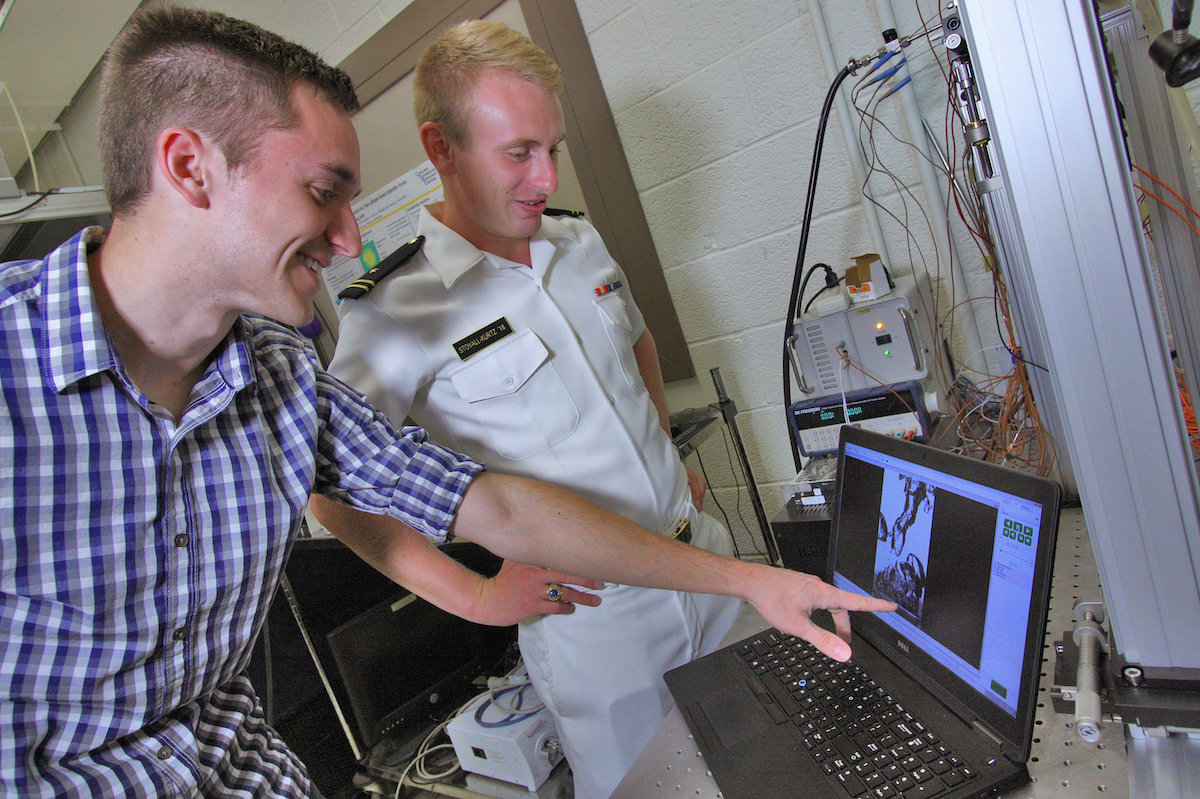 What is it? A research team in Florida created a “superhydrophobic,” or water-repellent, gel that can keep surfaces dry underwater for hours.

Why does it matter? Being able to repel water is more than just a convenient feature for camping gear and suede shoes. It’s important for many high-tech applications in energy and advanced electronics. “For example, the new gel makes splitting electrocatalysis easier, which could lead to more efficient fuel cells,” said Debashis Chanda, a professor at the University of Central Florida who led the research team. “The same gel can lead to better electron acceptors, which are key in developing highly sensitive detectors and sensors for toxic gasses. There is a lot of potential.”

How does it work? The team has built bundles of 60 to 70 carbon atoms each, which formed cage-like structures called fullerenes, then stacked these cages into crystal-like nanostructures called fullerites. A drop of the fullerite gel triggered “a super water-repellent state” on the treated surface, while the open-cage structure allowed the treated material to retain its original properties. “Because these superhydrophobic surfaces are created in a very facile and easy process using pure carbon fullerenes, we anticipate they can be exploited in many experiments and real-life applications,” said Rinku Saran, a postdoctoral fellow in the lab that developed the gel. The work is featured on the cover of the journal Advanced Materials.

What is it? Scientists created artificial cell-like structures that mimic living cells’ ability to “pump” materials in and out through a membrane.

Why does it matter? Organic cells have an uncanny ability to absorb and expel molecules using energy they harvest from their surroundings. The human body uses this process, called active transport, to metabolize nutrients and filter the blood. Now a breakthrough by scientists at New York University comes one step closer to replicating the process artificially. “Our design concept enables these artificial ‘cell mimics’ to operate autonomously and perform active transport tasks that have so far been confined to the realm of living cells,” said Stefano Sacanna, an NYU professor and lead author of a study on the research, published in Nature.

How does it work? The team, which also included researchers from the University of Chicago, used a polymer material to create a spherical membrane of similar size to a red blood cell. Piercing it with a tiny hole created a nanoscale channel through which materials could be transported, replicating what happens in a living cell. Then they filled the nanochannel with a light-activated chemical component, which worked like a vacuum to suck in and release “cargo” when a light was switched on and off. When the team suspended the cell mimics in water and activated them with light, they moved around the water, ingesting pollutants.

It Cools As It Fuels 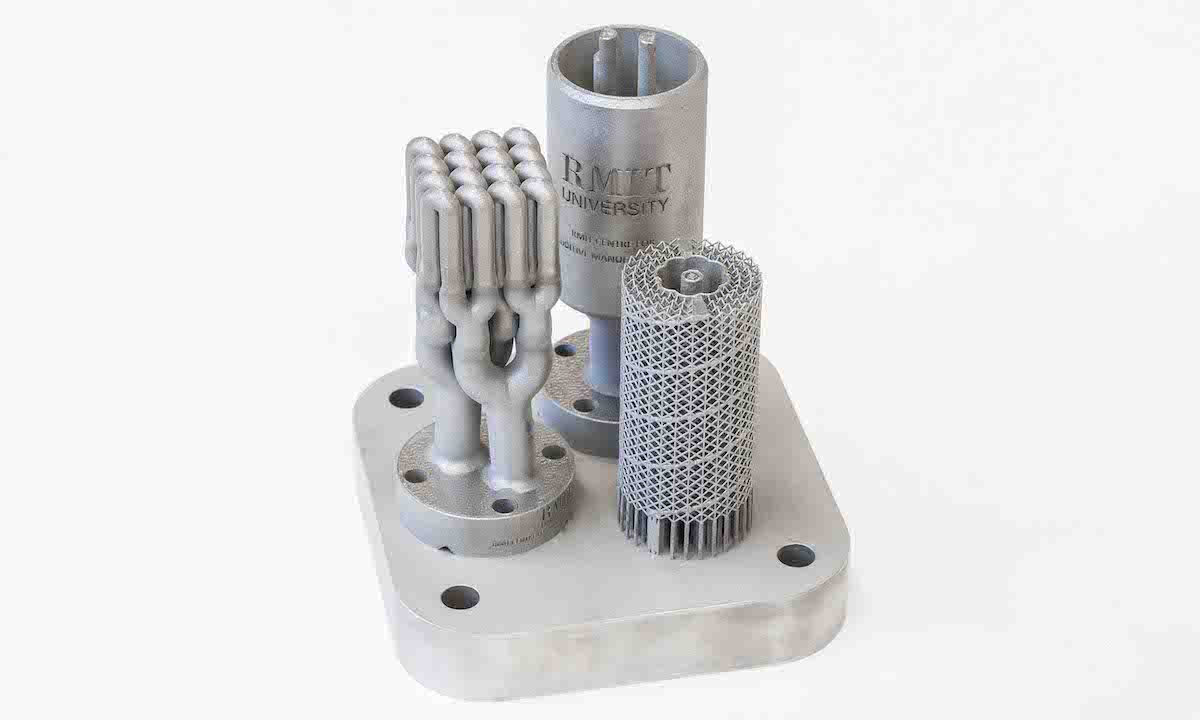 What is it? Engineers at Australia’s RMIT University 3D-printed “miniature chemical reactors” that could help keep hypersonic aircraft from overheating.

Why does it matter? Engineers are seeking to bring hypersonic flight — i.e., traveling at speeds exceeding Mach 5, or five times the speed of sound — from science fiction to reality. But very high velocities, and air friction, also make aircraft very hot. The RMIT researchers developed heat-exchanging catalysts that allow the fuel that powers the engine to also act as its coolant. “With further development, we hope this new generation of ultra-efficient 3D printed catalysts could be used to transform any industrial process where overheating is an ever-present challenge,” said Selvakannan Periasamy, lead researcher of the group that created the catalysts.

How does it work? The team developed a range of experimental designs, then 3D-printed the tiny components from a metal alloy. Next, they coated the catalysts with synthetic minerals called zeolites. “What makes them so incredibly effective is that mix of metal and synthetic minerals,” said Roxanne Hubesch, a PhD researcher and lead author of a paper on the project published in the journal Chemical Communications. Next up? Optimizing the design based on in-depth analysis, including specialized X-ray imaging. 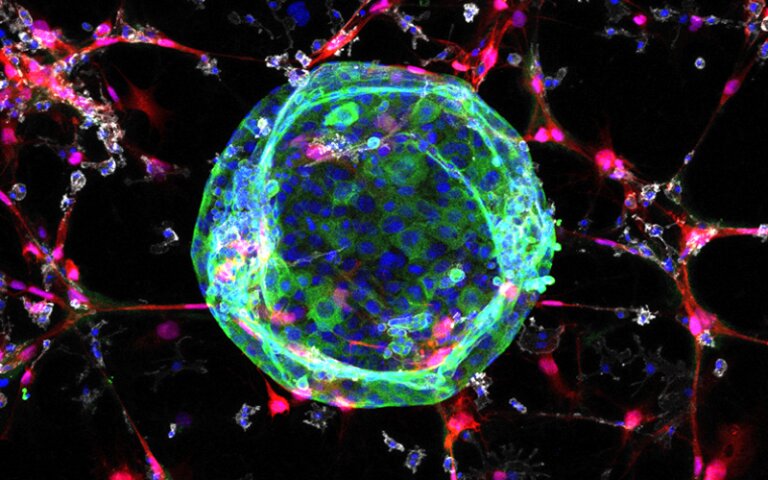 What is it? Researchers at University College London (UCL) developed a tool to test which cancer treatments will work best for individual patients.

Why does it matter? There are many ways to treat cancer, but doctors don’t always know which ones are most effective for specific patients. They sometimes try multiple therapies, spending precious weeks or months to find something that works. By testing multiple treatments simultaneously, this new technology could help doctors match patients with the most effective therapies. “Our long-term vision is for the tool to be used as [the] standard in clinical decision-making for solid cancer treatments,” said Chris Tape, a doctor at the UCL Cancer Institute and lead author of a paper on the breakthrough published in Nature Protocols.

How does it work? Researchers started by extracting cancer stem cells from patients’ tumor tissue. They combined these cells with collagen and grew them into organoids, or miniature avatars of the original tumors. The team was able to test an array of cancer treatments on 126 identical organoids at once and observe the responses. “The idea is that we can predict that in the lab, provide an early check and balance, and hopefully find an alternative treatment to use at the outset of a patient’s treatment course,” Tape said.

Lay It All On The Table 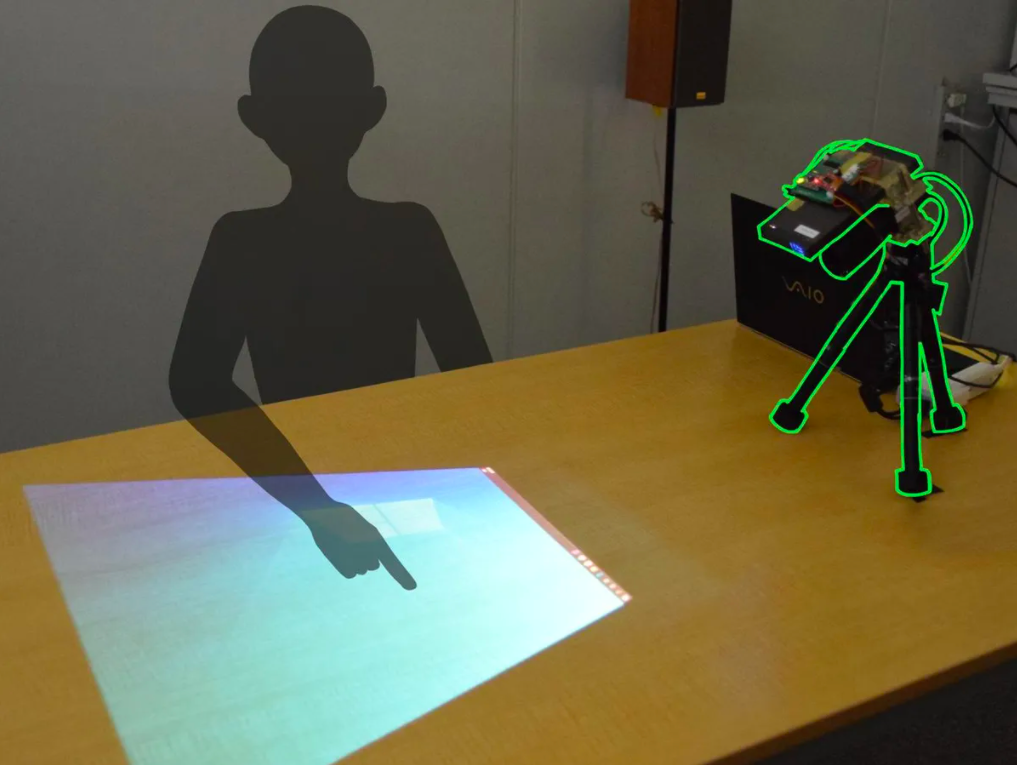 What is it? Scientists at Japan’s Nara Institute of Science and Technology created a synchronized camera-projector system that can turn an ordinary tabletop into a touch-screen-like interface.

Why does it matter? You can produce a touch interface without a screen, but it requires a complex system of multiple projectors, cameras, sensors and light sources. “Typical cameras observe a three-dimensional situation as a two-dimensional plane. Thus, even if the position of a fingertip can be detected, it is difficult to know whether it is touching the surface or hovering above it,” said Yasuhiro Mukaigawa, senior author of a paper on the new system published in the journal IEEE Access. Researchers say this method can produce a touch display on any flat surface. “In the future, we will hope to expand to include touchless operations or even add gesture recognition,” Mukaigawa said.

How does it work? To solve this problem, the team used a laser projector to scan a table surface and a “rolling shutter” camera to precisely map its picture. The projector emitted one horizontal plane of light and the camera received another; synchronizing the devices caused the planes to intersect. This calculated a precise depth that the team used to calibrate the system and program a dedicated image-processing algorithm, improving accuracy.