Let There Be Matter 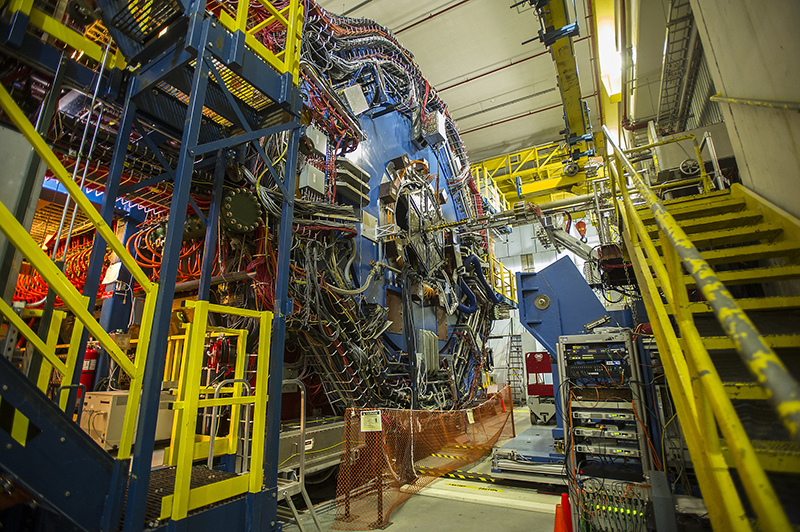 What is it? Scientists at Brookhaven National Laboratory (BNL) demonstrated for the first time that pure light energy can produce matter and antimatter.

Why does it matter? The team recorded “definitive evidence” of Einstein’s 80-year-old theory of general relativity, which states that energy and matter are interchangeable. While nuclear fusion in the sun and fusion reactions in nuclear power plants (see ‘Physicists, Start Your Engines’ below) convert matter into energy, the BNL team proved it could do the reverse — turn light energy directly into matter — in a single step. “These findings build on predictions made by some of the great physicists in the early 20th century,” said Frank Geurts, a Rice University professor whose team built and operated some components of the solenoid detector at the Relativistic Heavy Ion Collider, or RHIC, at Brookhaven.

How does it work? The team used the RHIC to accelerate gold ions — atoms lacking electrons that have a powerful positive charge — to 99.995% of the speed of light. “When the ions are moving close to the speed of light, there are a bunch of photons surrounding the gold nucleus, traveling with it like a cloud,” said Zhangbu Xu, a physicist at Brookhaven Lab. The two rings of the accelerator created two photon clouds moving in opposite directions, close enough to “graze” each other but not to collide. The team tracked the particles’ reactions and looked for pairs of electrons and positrons — that is, particles of matter and antimatter — then recorded the deflection angles between the particles to verify their results. 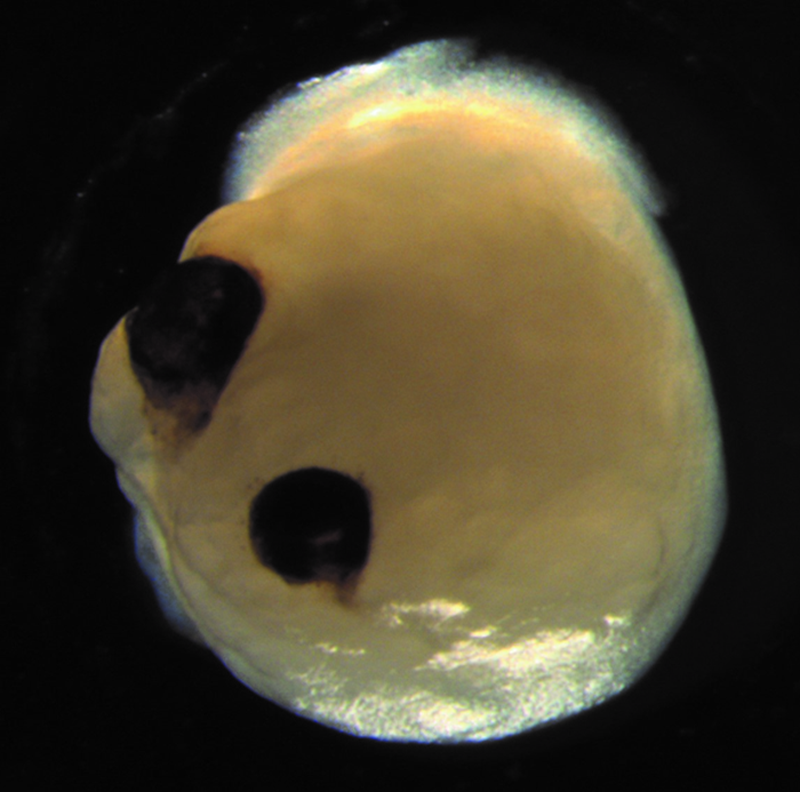 What is it? German researchers developed a brain organoid with light-sensitive “optic cups” that mimic some abilities of the human eye.

Why does it matter? Researchers use human stem cells to grow organoids, miniature versions of our organs that mimic some of their basic functions. German researchers took it a step further by inducing a brain organoid to grow two symmetrical optic cups, structures with cell types and light sensitivity similar to the human eye. “These organoids can help to study brain-eye interactions during embryo development, model congenital retinal disorders, and generate patient-specific retinal cell types for personalized drug testing and transplantation therapies,” said researcher Jay Gopalakrishnan, senior author of a study on the findings published in the journal Cell Stem Cell.

How does it work? The team started with human-induced pluripotent stem cells (iPSCs), a type of universal building block that can be used to grow many cell types and structures of the human body. Gopalakrishnan and his team adjusted a protocol they had developed previously for growing brain tissue. In the organoids, optic cups appeared at 30 days and developed structurally around 50 days, the same timeframe for retinal development in a human embryo. The cups formed optical lens and retinal tissue with “electrically active neuronal networks” that responded to light similarly to natural human functional vision.

What is it? A team of researchers in Michigan built a test bridge with carbon fiber and polymers that proved stronger and more durable than steel bar reinforcement.

Why does it matter? State-of-the-art steel bridges today can last 75 years when properly maintained. But that maintenance is time-, labor- and cost-intensive. Researchers estimate that using carbon fiber reinforced polymer (CFRP) in place of steel could extend a bridge’s lifespan by another 25 years. And while the carbon-fiber method costs more upfront, it will save taxpayer dollars — and commuter headaches — over the long term. The project, a collaboration between the Michigan Department of Transportation (MDOT) and Lawrence Technological University (LTU), “established Michigan as a leader in advanced bridge infrastructure using innovative materials that can yield a remarkable 100-year service life,” said Virinder Moudgil, president of LTU.

How does it work? Instead of strengthening concrete with traditional steel bars, the team created “ultra-high-performance concrete” with CFRP. The Lawrence project was the first of its kind using CRFP strands 0.7-inch in diameter. LTU says the successful test — which involved subjecting a 41-foot section of test bridge to more than 180,000 pounds of pressure before it broke — will likely result in MDOT updating its CFRP strand bridge design guidelines.

What is it? A resurgence in “molecular farming” has led scientists to see if they can develop entirely plant-based vaccines for influenza and SARS-CoV-2, the virus that causes COVID-19.

Why does it matter? Unlike the bacteria, egg or animal cell cultures used to produce many vaccines, plants require only light, water and nutrients. Greenhouses are less costly and easier to scale than biomanufacturing facilities. And with a development cycle around three weeks from start to finish, plant-based vaccines could provide a powerful tool against new pathogens and variants, as well as a boost for personalized medicine, including cancer immunotherapy, according to an article published in the journal Science.

How does it work? The plant-based flu and COVID-19 vaccines currently in development (which could be administered orally as well as intravenously) are expected to be the first produced from whole plants. They are created through a process called transient expression, which allows researchers to modulate the plant cells’ gene expression without modifying its DNA. The virus-like particles (VLPs) produced in plant-made vaccines also contain naturally occurring adjuvants, “helper” components that increase the effectiveness of the vaccine’s main ingredient. 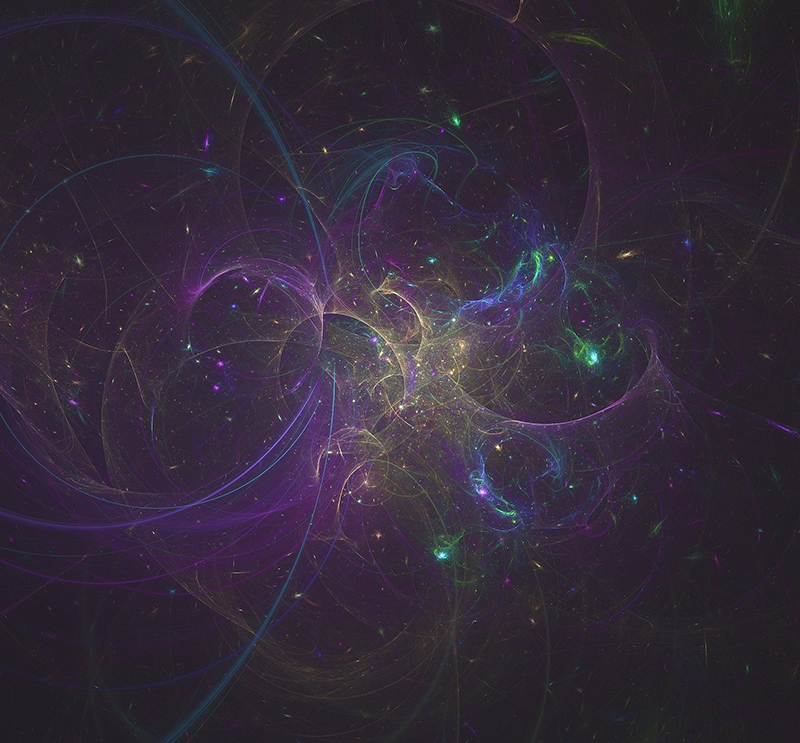 What is it? For the first time, physicists at the National Ignition Facility (NIF) in California triggered nuclear ignition, a key milestone on the path to controlled nuclear fusion.

Why does it matter? Ignition amplifies the energy output of the nuclear fusion process, which researchers have been pursuing for half a century. Scientists believe achieving fusion on Earth could be the key to carbon-free energy. “This is the most significant advance in inertial fusion since its beginning in 1972,” said Steven Rose, co-director of the Center for Inertial Fusion Studies at Imperial College London, which is now analyzing data from the experiment. “We can now look forward to using ignited plasmas for both scientific discovery and energy production.”

How does it work? Unlike today’s nuclear plants, which produce energy by splitting atoms through a process called fission, nuclear fusion forces hydrogen atoms together and releases energy, the same process that keeps the sun and other stars going. The NIF used a method called inertial confinement fusion to heat fuel pellets with lasers and create a cloud of charged ions called plasma. The laser system produced enough heat and pressure to replicate conditions at the sun’s core, a natural fusion reactor. The Aug. 8 experiment produced more than one megajoule of power, six times the energy output previously attained.