Laser pincers that could fetch antimatter, a squishy insulator that can shapeshift into a conductor, and a 3D map of a tiny chunk of a mouse’s brain that could help make AI smarter. This week’s coolest things go big by going small. 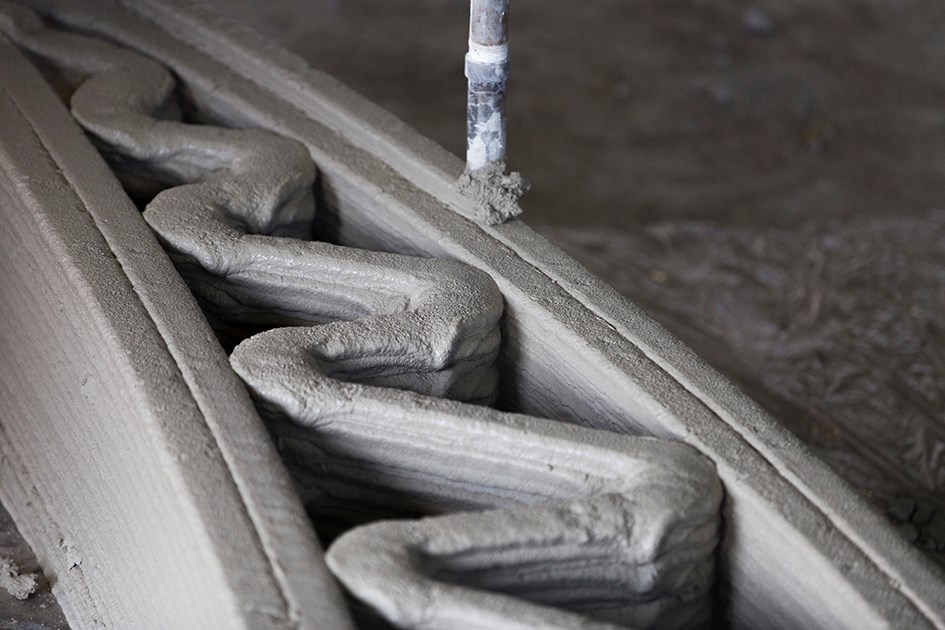 What is it? Britain will use 3D printing robots to create concrete structures onsite for its high-speed rail network, called HS2.

Why does it matter? The novel process is expected to lower costs, reduce community disruption and be more environmentally friendly, according to Global Railway Review. The flexible, mobile technology could benefit areas with physical restrictions, where complicated logistical plans would otherwise be needed. Rob Cairns, the innovation manager for HS2, says, “the project is creating an ideal environment to develop technologies with the potential to transform how major infrastructure is built.”

How does it work? Similar to lab-based 3D printing methods, the concrete is deposited in thin layers, creating precise and very low-waste structures. During construction, the concrete is reinforced with a lattice of graphene (an advanced carbon material), making it stronger and more durable than standard concrete for demanding applications. Contractor SCS JV says “Printfrastructure,” the term it has coined for the process, could reduce HS2’s material demands enough to cut carbon emissions in half. Savings from transport and construction could help even more. It’s a plan with concrete benefits all around. 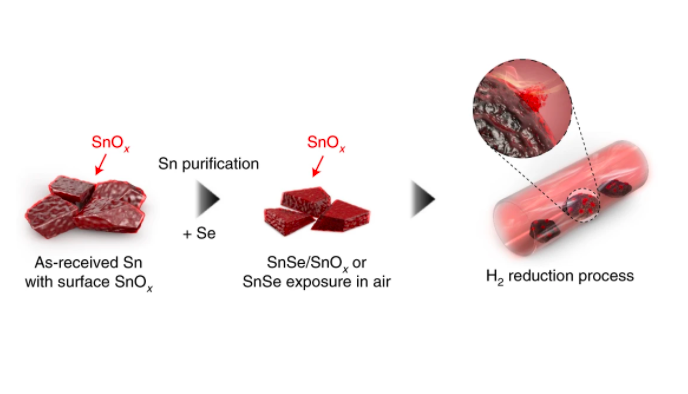 What is it? U.S. and Korean scientists created a new material for thermoelectric devices that convert heat to electricity.

Why does it matter? Globally, more than 65% of the energy produced from burning fossil fuels goes to waste as lost heat, according to phys.org. Capturing that heat could be a boon for the energy transition. “Thermoelectric devices are in use, but only in niche applications, such as in the Mars rover,” said Mercouri Kanatzidis, a materials scientist at Northwestern University and co-corresponding author of a study on the new material published in the journal Nature Materials. “These devices have not caught on like solar cells. We are focusing on developing a material that would be low cost and high performance and propel thermoelectric devices into more widespread application,” Kanatzidis said.

How does it work? Thermoelectric devices have one hot side and one cold side, with a layer of thermoelectric material in between. When heat flows through the thermoelectric layer, some of it is converted to electricity. The lower the material’s thermal conductivity, the more efficient the device is. Current thermoelectric systems — like the one in the Mars rover — use single crystals of a chemical compound called tin selenide. But Kanatzidis’ team created a polycrystalline form, which converted the heat at lower temperatures and with at least 19% greater efficiency, the team reported. 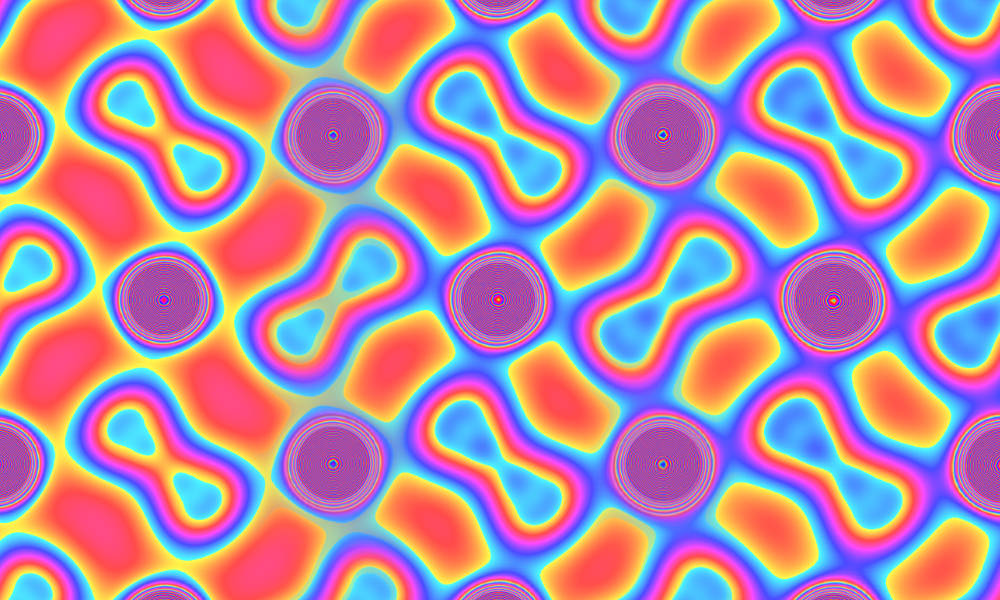 What is it? A team of scientists from New York and Nevada developed a “squishy” insulating material that transforms under pressure into a conductive metal, then back again.

Why does it matter? This new method of transferring electric charge works with relatively low strain and at room temperature, which makes it attractive for electronics applications. Co-developer Ashkan Salamat of the University of Nevada, Las Vegas, hopes the material will be explored for high-tech computing. “You could imagine having a logic switch or writing hard disk, where a very, very small permutation in strain or voltage could make something jump from one electronic state to another,” Salamat said. “New versions of flash memory or solid state memory” could be possible, he said.

How does it work? Salamat and University of Rochester co-researcher Ranga Dias started with an insulating compound of manganese (a brittle metal) and sulfur (a non-metallic, crystalline chemical element). Following earlier research on these materials’ “remarkably bizarre” properties under strain, the team used a diamond anvil to apply pressure to the compound. As strain increased, “high-spin” single electrons began to link into pairs, which lowered resistance drastically by eight orders of magnitude. In another twist, the low resistance was maintained even as pressure eased and insulating properties returned. Salamat says this enigma “will find a place in physics textbooks. There’s something very intriguing about how sulfur behaves when it is attached to other elements.”

What is it? Scientists from Princeton and Baylor universities, and the nonprofit Allen Institute, partially mapped a mouse brain’s visual cortex in 3D to make AI work better.

Why does it matter? Researchers say that better understanding of brain circuitry will help improve machine-learning algorithms in the future. “We’re basically treating a brain circuit as a computer, and we asked three questions: What does it do? How is it wired up? What is the program?” said R. Clay Reid, an Allen Institute senior investigator and a co-lead scientist on the five-year project. The reconstructions allowed the team to “literally see the neurons’ activity, to watch them compute,” Reid said. The group made their datasets and findings publicly available for other scientists. “Computer programs have gone through a massive revolution in the past decade, but something is still missing: Today’s programs are easy to fool, and they generalize poorly to new situations. In many ways, they are much dumber than a mouse,” said team member Dr. Xaq Pitkow.

How does it work? First, the team at Baylor College of Medicine collected detailed recordings of a mouse’s brain activity in response to visual stimuli, including YouTube videos. At Allen Institute, researchers cut a one-cubic-millimeter section of a mouse’s brain — roughly the size of a grain of sand — into 27,000 slices that were about 1/400th the thickness of a strand of human hair. Each slice was then examined by electron microscopy to produce 150 million images. The Princeton team used machine learning to analyze and define each cell and its individual components, then create intricate digital maps of the 200,000 neurons and nearly half a billion synapses between them.

The Universe In A Test Tube 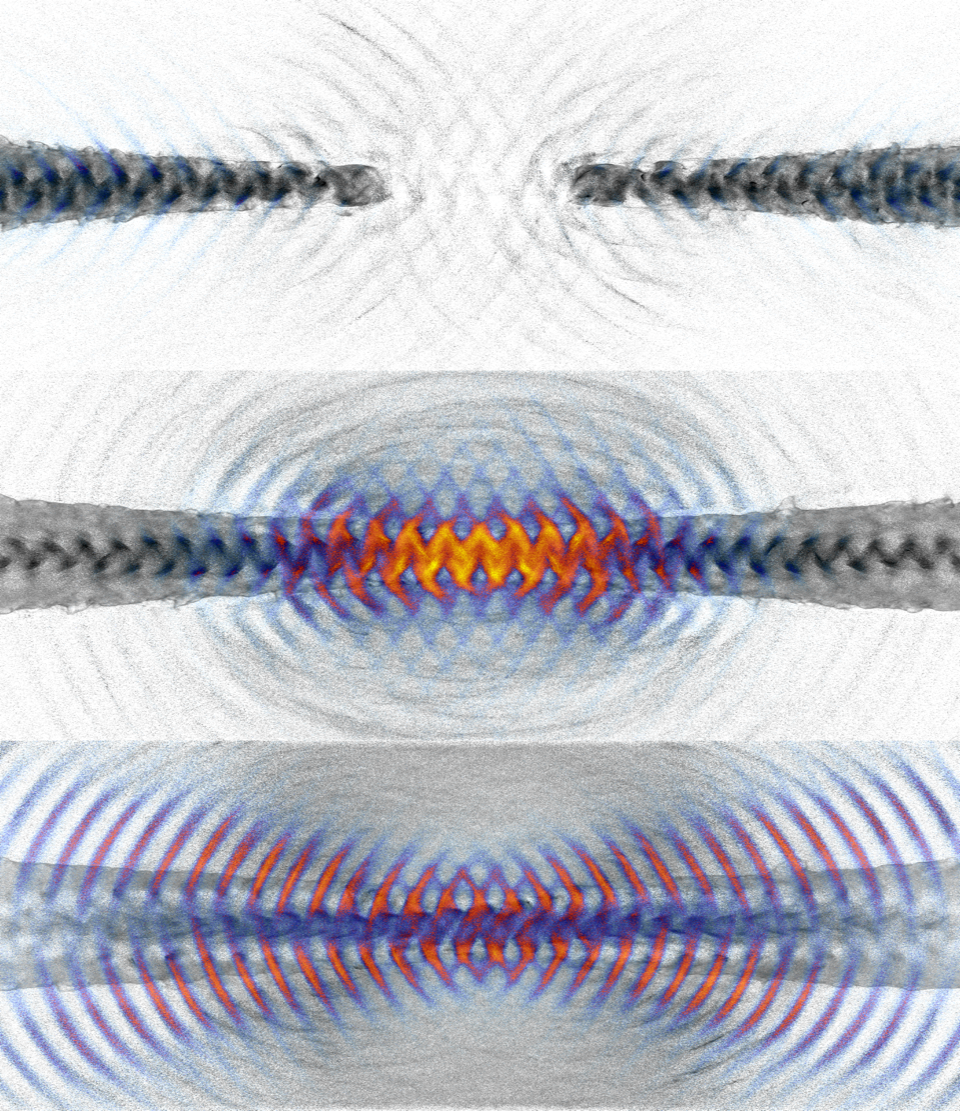 What is it? An international team of physicists created a computer model for a “laser pincers” setup that they hope could eventually produce antimatter in the lab.

Why does it matter? The new concept could allow scientists to study some extreme astrophysical processes — and advance our knowledge of the universe — without a particle accelerator. “With our new concept, such phenomena could be simulated in the laboratory, at least to some extent, which would then allow us to understand them better,” said Alexey Arefiev, an author of the team’s study published in Communications Physics.

How does it work? The team used a pair of high-intensity laser beams to replicate the powerful magnetic fields surrounding neutron stars. The lasers were directed at a tiny plastic block and pulsed simultaneously, producing clouds of ultrafast electrons. The clouds forcefully collide, creating a high volume of supercharged light particles called gamma quanta. More violent collisions transform the light energy into electron-positron pairs, creating an intense magnetic field, and ultimately antimatter — an outcome that could lead to greater understanding of the universe.