An Earth-size telescope, roads that can charge your EV as you drive, and programmable artificial tissues that could have applications in medicine as well as robotics. This week’s coolest things are looking at the big picture. 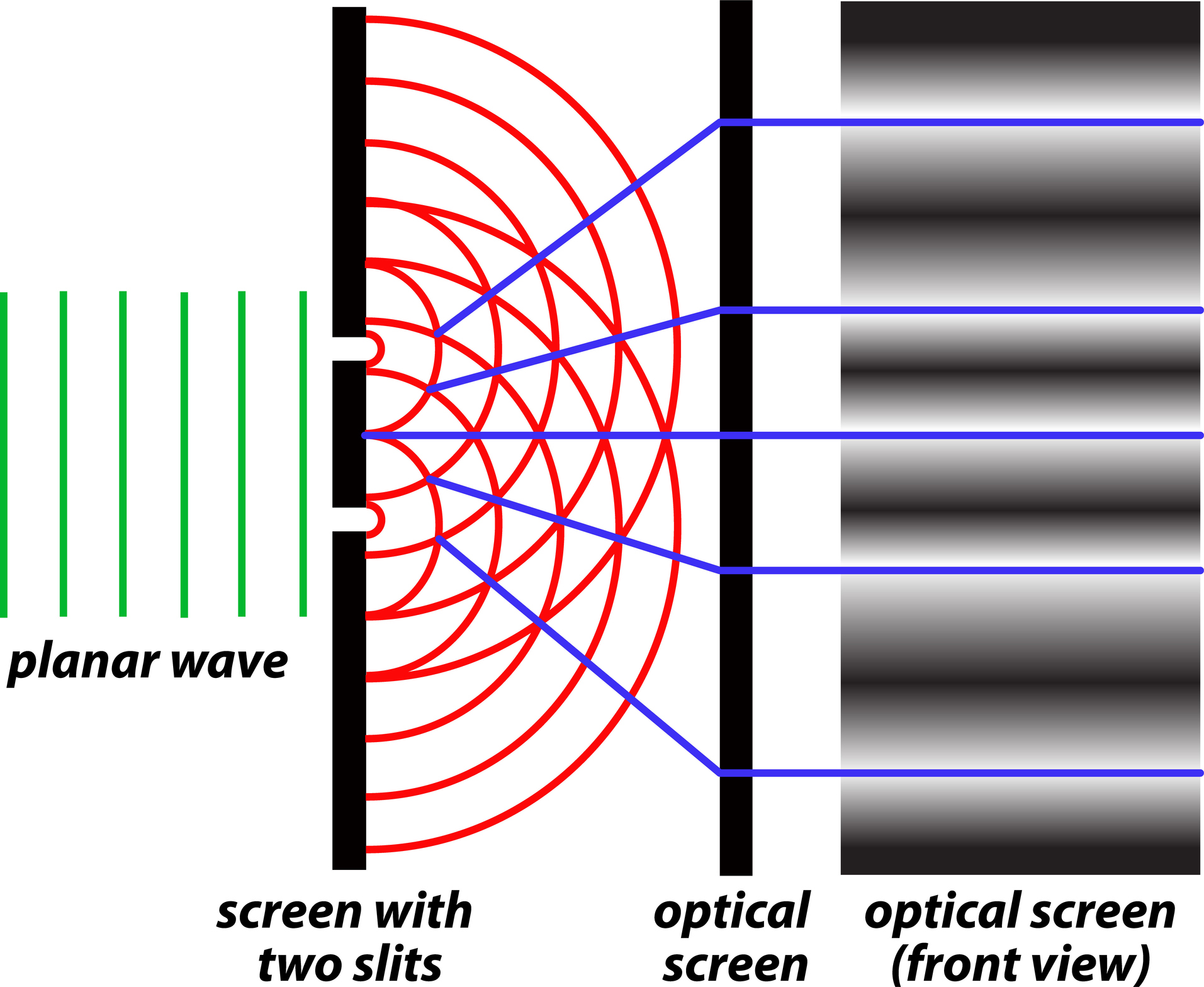 What is it? Australian scientists believe a 200-year-old light experiment and quantum hard drives could help pave the way to an Earth-size telescope.

Why does it matter? What humans can see of the universe has so far been limited by the size of the telescopes we can make — specifically, their mirrors. A new approach sidesteps those hurdles and could produce incredibly detailed images of the universe.

How does it work? The idea builds on Thomas Young’s double-slit experiment from 1801, which provided evidence that light moves in waves, and quantum physics, which tells us that light is also a particle with wave-like properties. Plugging in a quantum hard drive at each of multiple telescopes would allow astronomers to record and store starlight in its wave form. Later, scientists could transport the hard drives to a single location, combine the signals and behold a remarkably detailed new window on the universe. Researchers have thought this step forward would require a highly advanced quantum internet. But a team from the University of Sydney and the Australian National University propose it can be done with hard drives that are in development today and could be used in the field in five to 10 years.

What is it? A team of Cornell engineers has proposed a “wireless power transfer” technology that could charge electric vehicles as they cruise down the road.

Why does it matter? Electric cars can help the world decarbonize, but there are hurdles along the way. One involves charging. “If every vehicle in the country was electric, you would need a lot of outlets to plug them in,” says Khurram Afridi, an associate professor at Cornell University and leader of a new study on embedded roadway charging strips. “We don’t have that kind of power available in our homes to be able to charge them very fast.”

How does it work? The new system proposes insulated metal plates embedded in the roadway, connected to power lines through an inverter that creates oscillating electric fields. Matching metal plates mounted to a vehicle’s underside would attract and repel these charges, driving the current through a circuit on the vehicle, thereby charging its battery. The system works at 13.56 megahertz, nearly 200 times faster than the latest magnetic field systems. 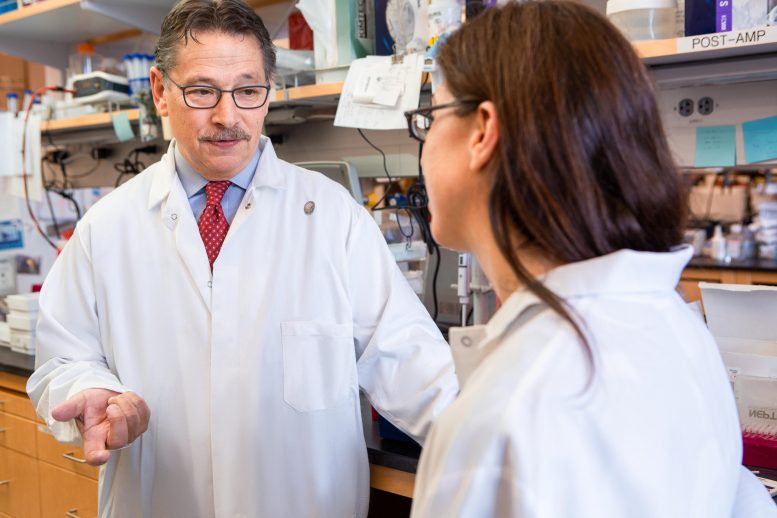 What is it? An experimental gene therapy was 95% successful in establishing immune function for children born with no immune defenses.

Why does it matter? For infants and children with severe combined immunodeficiency due to adenosine deaminase deficiency — a disease known as ADA-SCID — everyday activities carry the constant threat of infection. When untreated, the disease can be fatal by age two. Current treatment plans call for weekly injections of the ADA enzyme and, in best-case scenarios, a bone marrow transplant. Without a donor, patients need lifelong injections, antibody infusions, antibiotics and antifungal medications — all of which may be out of reach in developing areas of the world. “If approved in the future, this treatment could be standard for ADA-SCID, and potentially many other genetic conditions, removing the need to find a matched donor for a bone marrow transplant and the toxic side effects often associated with that treatment,” says Claire Booth of Great Ormond Street Hospital in London, a co-lead author with Donald Kohn of UCLA of an investigational study published in the New England Journal of Medicine.

How does it work? In the study, Booth and Kohn collected stem cells from each patient. The scientists used a modified lentivirus, or “viral vector,” to deliver new copies of the ADA gene to the stem cells, which have the unique ability to develop into all types of blood and immune cells. When these corrected cells were returned to patients’ bodies, they continued to produce healthy immune cells. The one-time procedure was effective in 48 of 50 trial participants, with no complications or major adverse events, the team reported.

What is it? Scientists have developed and “programmed” artificial tissues that mimic complex living tissue structures.

Why does it matter? Researchers have been working with individual synthetic cells, called protocells, for some time. Pierangelo Gobbo and his team at the University of Bristol found that protocells grouped by the millions into what are called “protocellular materials” can communicate with each other and interact with their surroundings. Gobbo says the advancement “represents an important milestone toward the construction of fully autonomous and adaptive artificial tissues,” which could be useful in targeted medical therapies, soft robotics and microengineering applications. The team’s research was published in the journal Advanced Materials.

How does it work? The team used an innovative “floating mold technique” to form protocellular material into freestanding structures. By precisely arranging different types of protocells, they found they could assemble various patterned and layered materials. Next, they programmed the protocells to respond to certain chemical waves in the environment. The cells’ collective reactions produced valuable physical and chemical information. In the future, this behavior could help researchers model drug processing in the human body or advance therapies like artificial tissue grafting. 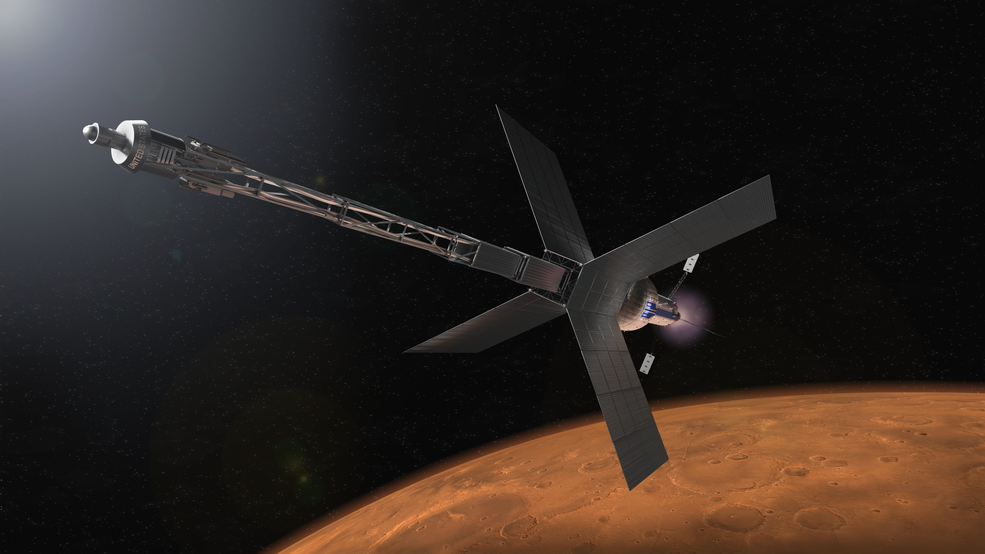 What is it? NASA is exploring two nuclear propulsion technologies that could power a crewed mission to Mars with a round-trip duration of two years or less.

Why does it matter? While robotic explorers on the Red Planet only require a one-way ticket, human astronauts face the tricky matter of optimal planetary alignment. Appropriately timing the return to Earth “would require astronauts to loiter at Mars for more than a year,” NASA says. If scientists can overcome some limitations of chemical rocket propulsion, they could, in theory, reduce that hefty layover enough to reach NASA’s target of a two-year mission.

How does it work? The administration is considering two distinct nuclear propulsion technologies: nuclear electric and nuclear thermal. Nuclear electric systems use a reactor to generate electricity, which positively charges gas propellants and expels the ions through a thruster. They would be much more efficient than chemical rockets but produce less thrust. Nuclear thermal methods use heat from the reactor to convert a liquid propellant to gas, which expands through a nozzle, creating thrust. These systems could potentially use half the propellant of chemical rockets and still provide high thrust. NASA says a nuclear-enabled system “would take advantage of optimal planetary alignment for a low-energy transit for one leg of the trip and the new technology’s enhanced performance to make the higher-energy transit for the other leg.”