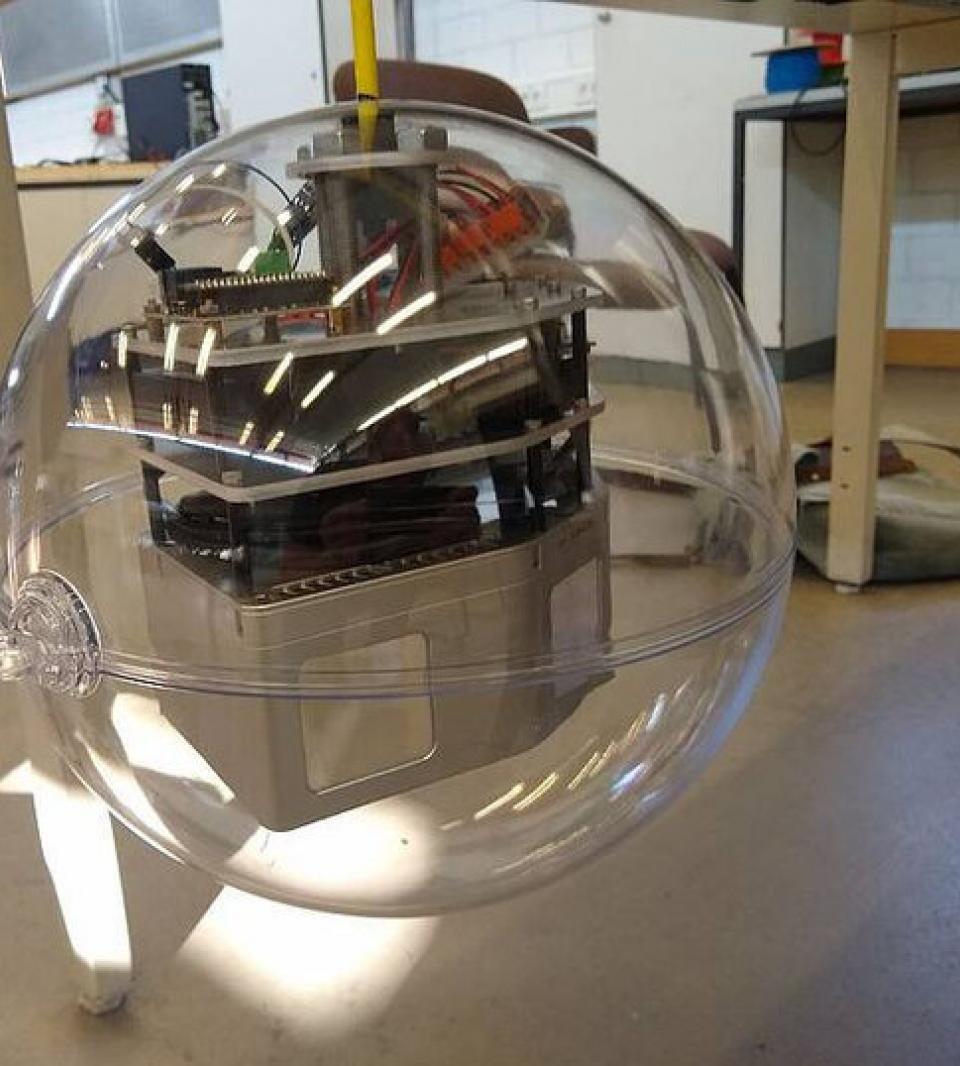 Compact robots that map lunar lava tunnels; stealth “neutrobots” that attack brain tumors; and tiny swimming particles that use AI to navigate and could one day deliver drugs. This week’s coolest things may be small, but they’re up for big tasks. 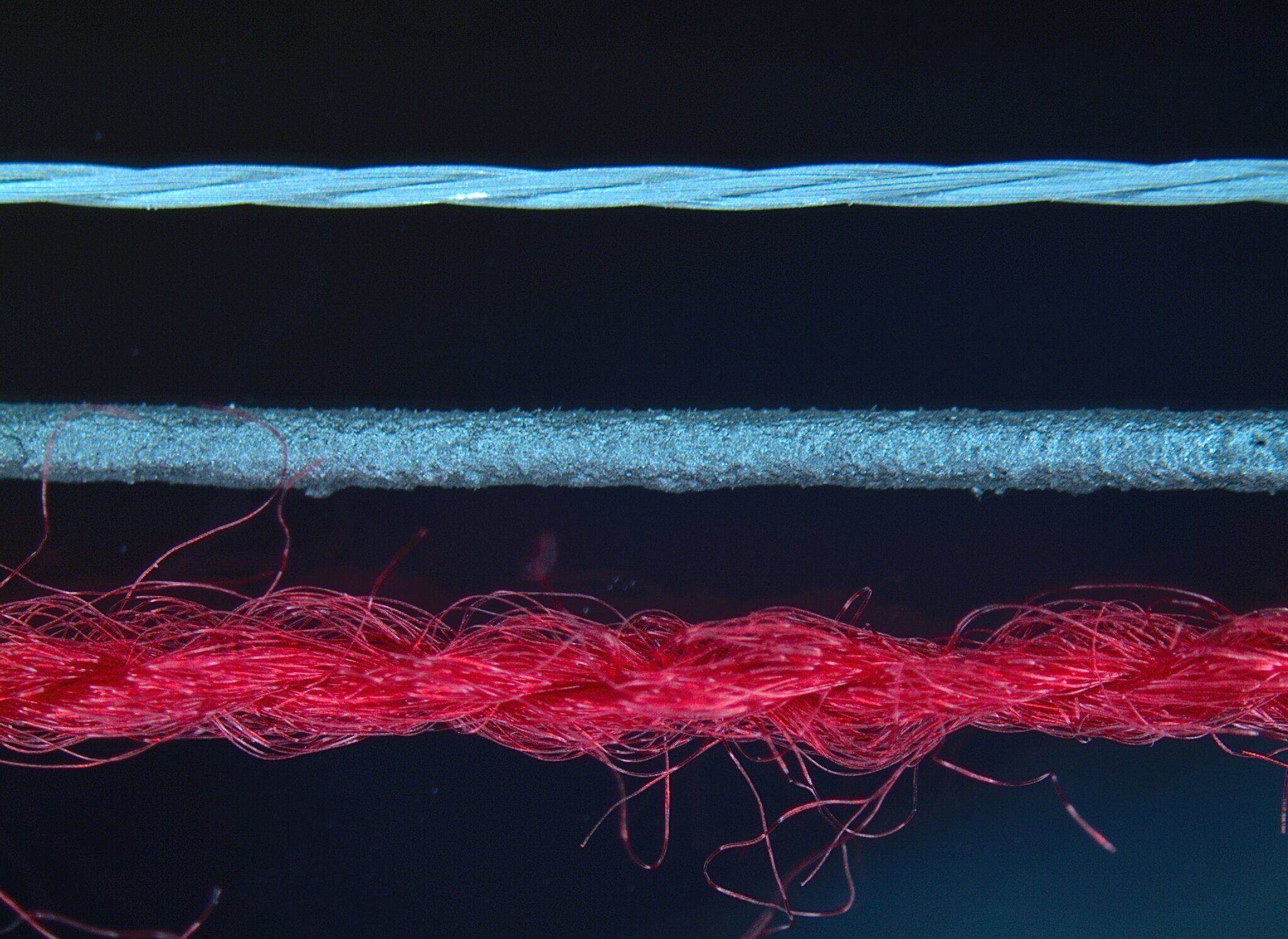 What is it? MIT researchers have designed clothing with intelligent, touch-sensitive fibers that can detect the wearer’s pose or activity and even predict what movements they’ll make.

Why does it matter? While many wearables like smartwatches process relatively simple data — say, breathing and heart rate — these intelligent fibers can capture much more. Plus they’re soft, stretchable and breathable. “Traditionally it's been hard to develop a mass-production wearable that provides high-accuracy data across a large number of sensors,” says Yiyue Luo, MIT graduate student and lead author of a paper on the project, published in Nature Electronics. MIT says researchers see potential uses for the fabric in “athletic training and rehabilitation” and can “imagine a coach using the sensor to analyze people’s postures and give suggestions on improvement,” or a caregiver monitoring patients’ positions for potential falls or emergencies.

How does it work? In a range of prototypes, from socks to larger garments, like a vest, the fibers can sense if a person is sitting or moving in a specific pose. MIT says “the team’s ‘tactile electronics’ use a mix of more typical textile fibers alongside a small amount of custom-made functional fibers that sense pressure from the person wearing the garment.” Luo adds that the team “developed a self-correcting mechanism that uses a self-supervised machine learning algorithm to recognize and adjust when certain sensors in the design are off base.”

What is it? The European Space Agency (ESA) is planning a mission to explore lunar caves using a tethered probe and a “swarm of small robots.”

Why does it matter? A combined study of two teams’ technologies would support [CE2] “safe exploration and documentation of a lunar pit as well as a first peek inside the tunnels that a pit may lead to,” the ESA says. Scientists believe that these tunnels and caves, also called “lava tubes,” formed billions of years ago when lava flows cut through underground rock. “The shelter that lunar caves provide, as well as the access to water and other resources, could be vital for our future human or robotic exploration of the moon,” the agency says.

How does it work? Researchers plan to lower a compact probe — named Daedalus, for “Descent And Exploration in Deep Autonomy of Lava Underground Structures” — into a lunar pit that connects to a lava tube. Equipped with lidar, an advanced laser scanning technology, the probe will make a 3D map of the pit and tube entrance. The second team’s goal is to collect data from a troop of spelunking robots, which they plan to lower and charge wirelessly through a solar-powered crane on the moon’s surface. The ESA says, “This information could take us closer to building a human settlement on the moon.”

What is it? Researchers in China have created hybrid microbots that can sneak past the blood-brain barrier and attack cancerous tumors in mice.

Why does it matter? “While microrobots have long been seen as holding clinical potential, the inability to pass the blood-brain barrier has proved a major hurdle,” STAT explains. Researchers from the Harbin Institute of Technology and Harbin Medical University found a way to do it stealthily — by infusing tiny magnetic particles with cancer-fighting drugs and disguising them to infiltrate the immune system. It’s a promising new approach for delivering drugs to the brain, where cancer can be hard to treat. The results of the study were published in the journal Science Robotics.

How does it work? The magnetized, drug-carrying “neutrobots” — the name is a nod to the neutrophil cells they are encased [CE3] in — form a microscopic army of Trojan horses. They are “coated in E. coli, which tricked the rodents’ immune systems into attacking them, absorbing the robots and the cancer-fighting drugs in the process,” Gizmodo says. The magnetic particles allow the researchers to guide the robots from outside the body. “It’s not just the blood-brain barrier,” says lead author Zhiguang Wu. “Most barriers in dense tissues are difficult obstacles to overcome in moving microrobots around a body.” 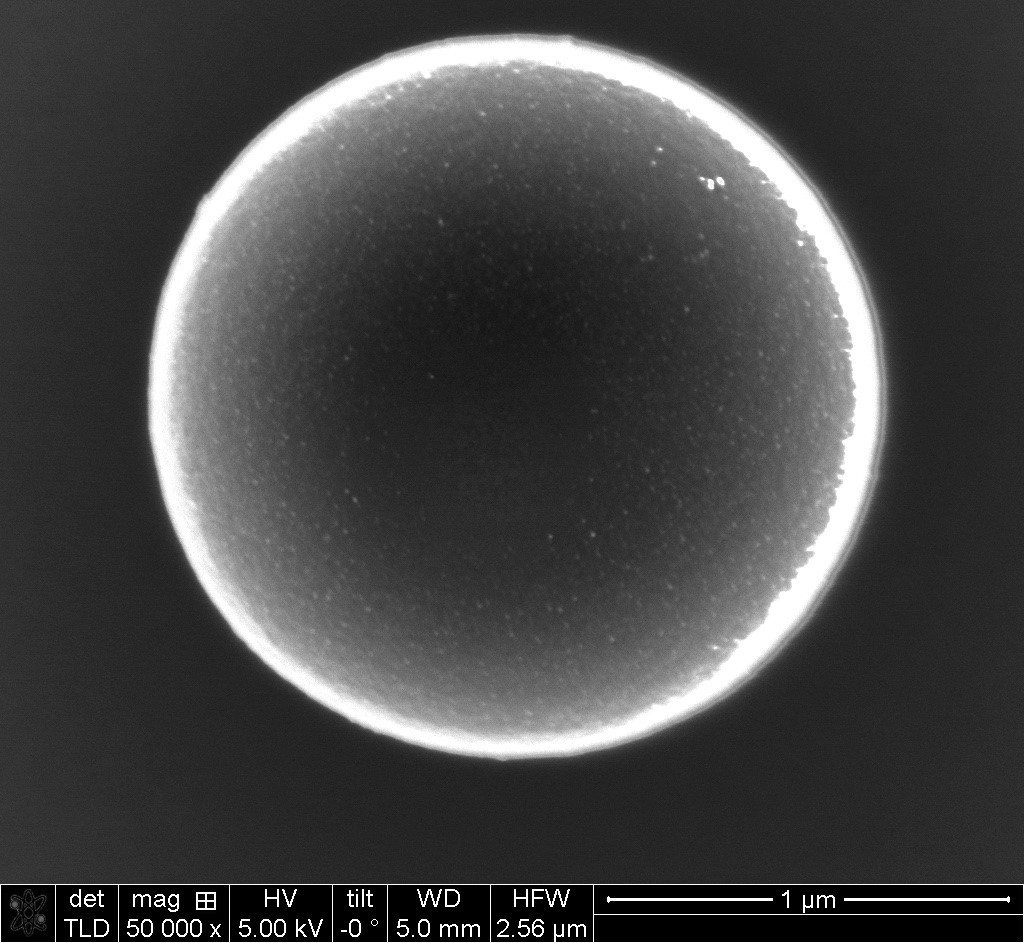 What is it? Physicists at Germany’s Leipzig University and Charles University Prague are building self-propelled, microscopic particles smaller than one-thirtieth the diameter of a human hair. They are using machine learning to teach them to process and learn information like biological organisms do.

Why does it matter? These “microswimmers” hold a lot of potential, but so far, they can only move where scientists lead them. Teaching them to navigate on their own would change the game. A group of European researchers is making strides in this direction with the help of artificial intelligence. With further development, the researchers say these teaching methods could someday aid in smart drug delivery or other therapeutic technologies. The scientists see this as “a first small step towards new intelligent microscopic materials that can autonomously perform tasks” in new environments, the university says. The results of their work are published in the journal Science Robotics.

How does it work? Scientists control how microswimmers move by “heating tiny gold particles on their surface and converting this energy into motion,” the university says. In this study, the team used a method called reinforcement learning, repeatedly throwing the swimmers off course, then providing “virtual rewards” when they found their way again. In the process, the microswimmers learned how to self-navigate. The experiment is “a bit like what we do in life,” says Leipzig professor and lead researcher Frank Cichos. “We experience our environment, and depending on the success of what we do, we keep that in memory or not.” 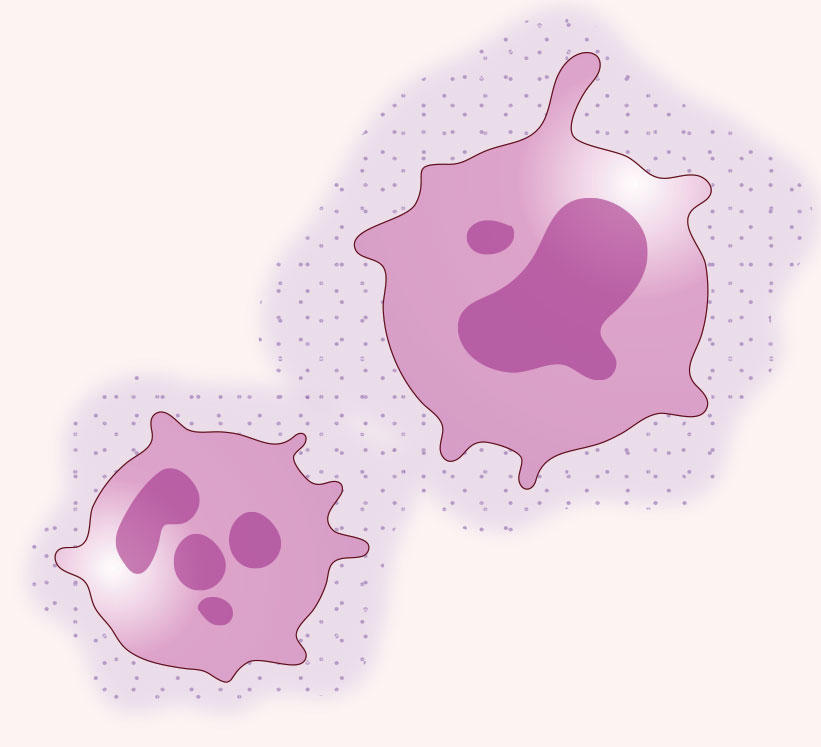 What is it? Researchers at the National Cancer Institute (NCI) have modified a type of immune cell to drum up a cancer-fighting response in organs where cancer may spread next.

Why does it matter? Metastatic cancer — cancer that spreads beyond one site to attack other organs and tissues — is particularly dangerous and difficult to treat. So Rosandra Kaplan, M.D., and her team are looking to stop it before it spreads. In mice, the team successfully modified a type of immune cell to “warn” the body when cancer may be ready to metastasize. The researchers found that the cells “recruited and activated cancer-killing immune cells in the premetastatic niche and lowered the signals that suppress the immune system,” according to the institute. Kaplan calls the study, which was published in the journal Cell, “a novel approach to immunotherapy that appears to have promise as a potential treatment for metastatic cancer.”

How does it work? Before cancer spreads, it signals distant sites in the body to prepare for its arrival. (Kaplan discovered these primed sites, called “premetastatic niches,” in 2005.) The team found that at these niches “the immune system’s natural ability to attack cancer was present but actively stifled,” NCI says. Researchers discovered that myeloid cells, which normally stimulate the immune system, were instead signaling it to relax. So the team reprogrammed them as genetically engineered myeloid cells (GEMys for short) to crank up the immune response. “We were excited to see that the GEMys ‘changed the conversation’ in the premetastatic niche,” Kaplan says. “They were now telling other immune cells to get ready to fight the cancer.”