DNA nanobots that build themselves. A “magical” material that keeps physicists guessing. Lucid dreamers transmitting Morse code in their sleep. This week’s coolest things are much more than meets the eye. 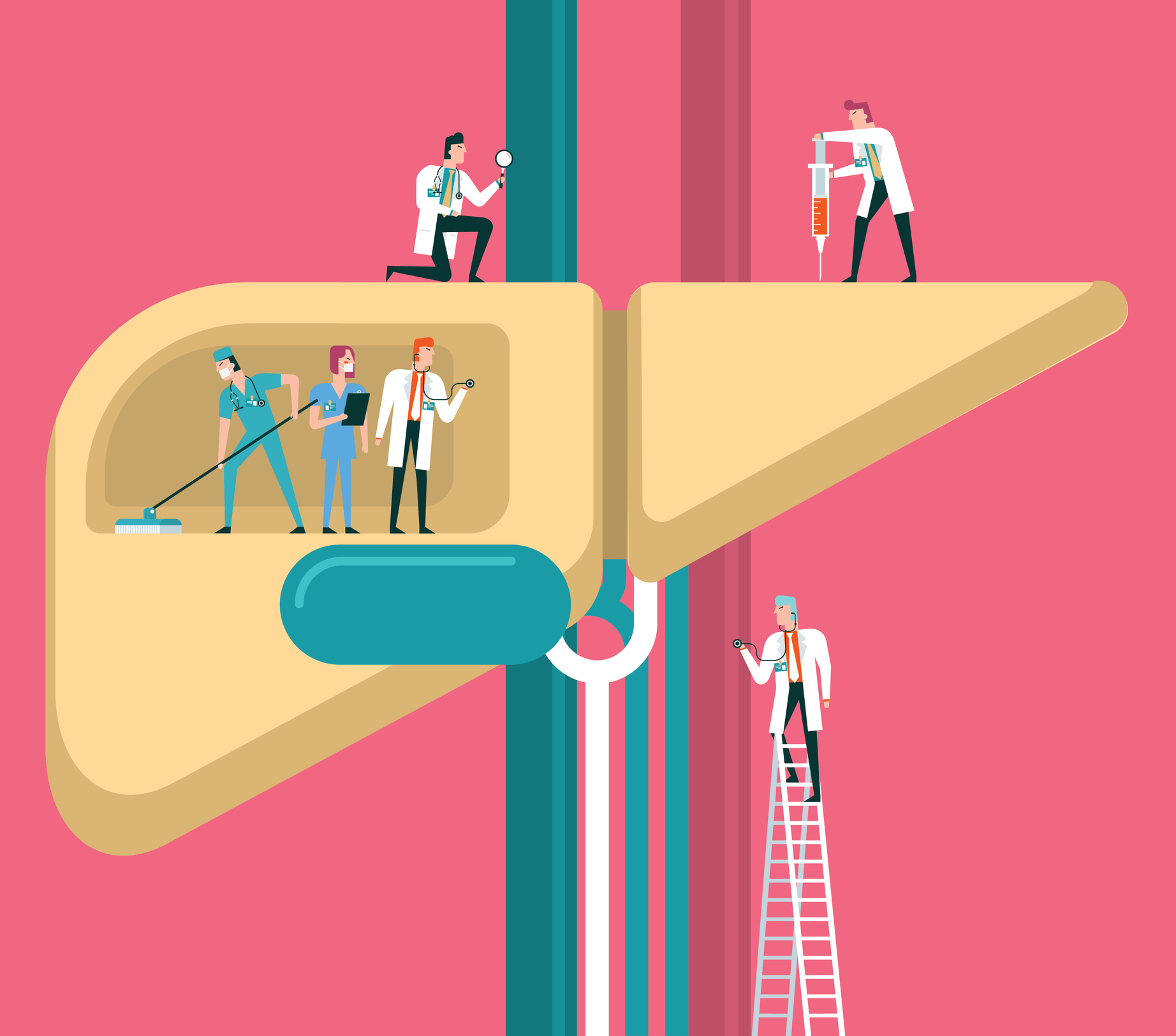 What is it? Cambridge scientists studying liver disease have found they can repair damaged bile ducts with transplanted gallbladder cells they grew in the lab.

Why does it matter? A liver depends on its bile ducts to dispose of waste. When they malfunction, a liver transplant is the only therapy. "Given the chronic shortage of donor organs, it's important to look at ways of repairing damaged organs, or even provide alternatives to organ transplantation," says Dr. Fotios Sampaziotis of the Wellcome-MRC Cambridge Stem Cell Institute. The study was published in the journal Science.

How does it work? Through single-cell RNA sequencing, researchers discovered that they could harvest biliary cells from a gallbladder and, by treating them with bile acid, convert them into bile-duct cells. The team grew gallbladder “organoids” — cell clusters that share key characteristics with gallbladder tissue — and grafted them into damaged livers provided by human donors. "This is the first time that we've been able to show that a human liver can be enhanced or repaired using cells grown in the lab,” says Ludovic Vallier, a professor at the institute and joint senior author of the study. 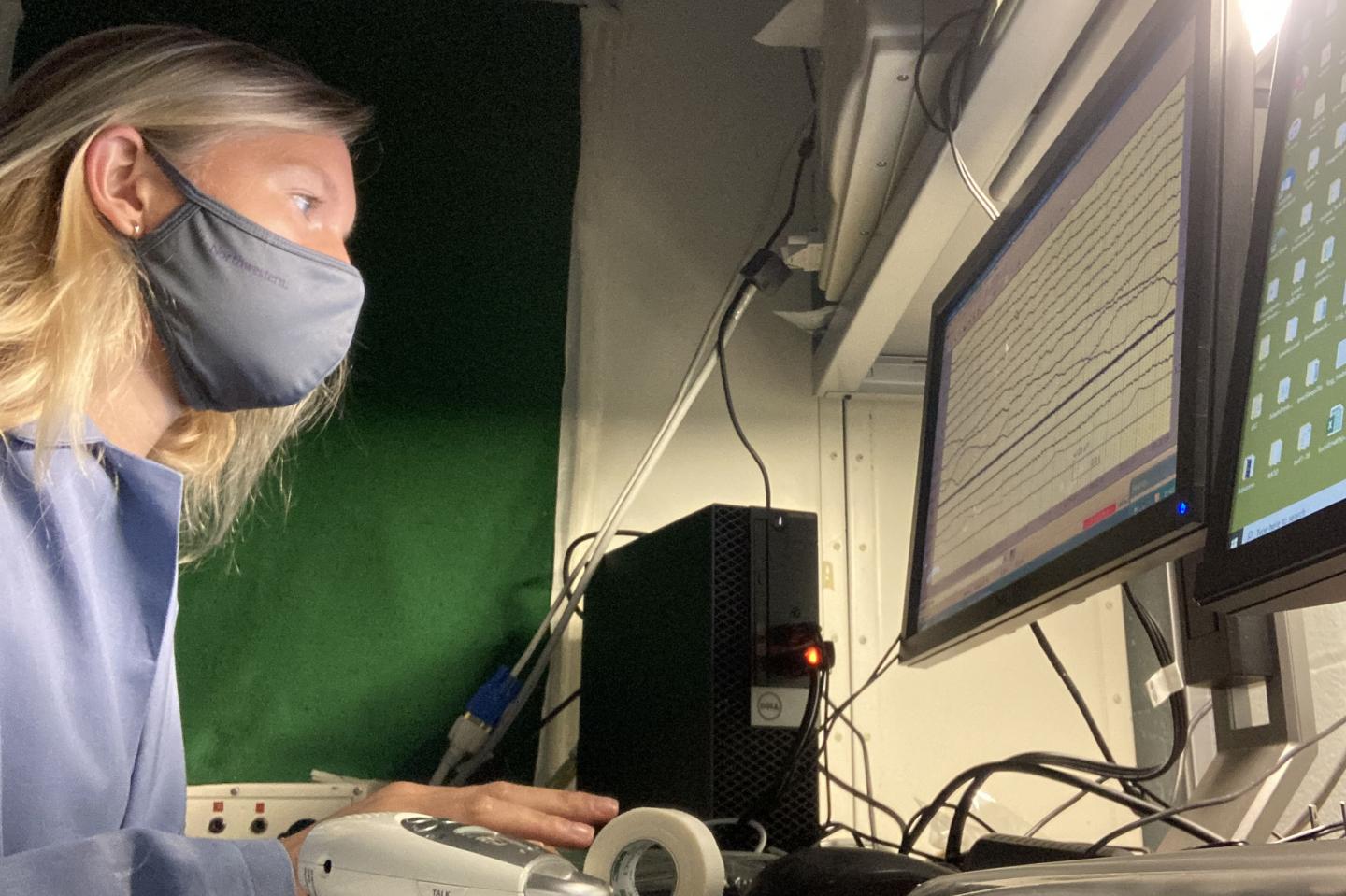 What is it? Experiments at four universities found that people in rapid-eye-movement (REM) sleep, when most dreaming occurs, can interact with researchers, answer questions and even do simple math in real time.

Why does it matter? “Sleep has been defined as a state in which the brain is disconnected and unaware of the outside world,” according to Science. These studies suggest it’s possible to establish interactive sleep with more complex cognitive activity. “Almost everything that’s known about dreams has relied on retrospective reports given when the person is awake, and these can be distorted,” says Karen Konkoly, a cognitive neuroscientist at Northwestern University and lead author of the combined study, published in Current Biology. Konkoly hopes the new communication techniques could one day be used therapeutically for people experiencing trauma, anxiety and depression.

How does it work? Teams leading four separate university studies in the U.S., France, Germany and the Netherlands trained participants to recognize their dream states, along with various signals from researchers, including sound, light or finger tapping. Scientists monitored subjects’ brain activity, eye movement and facial muscles with electrode-fitted helmets as they fell asleep. When researchers asked the dreamers simple questions or calculations, they responded with the cues they’d been taught beforehand, like smiling, frowning or moving their eyes a certain number of times. Each of the studies taught different response methods; at the German lab, dreamers used eye movements to signal in Morse code. “It is proof of concept,” says Benjamin Baird, a cognitive neuroscientist who discussed the study with Science. “And the fact that different labs used all these different ways to prove it is possible to have this kind of two-way communication… makes it stronger.”

The Medium Is The Messenger RNA 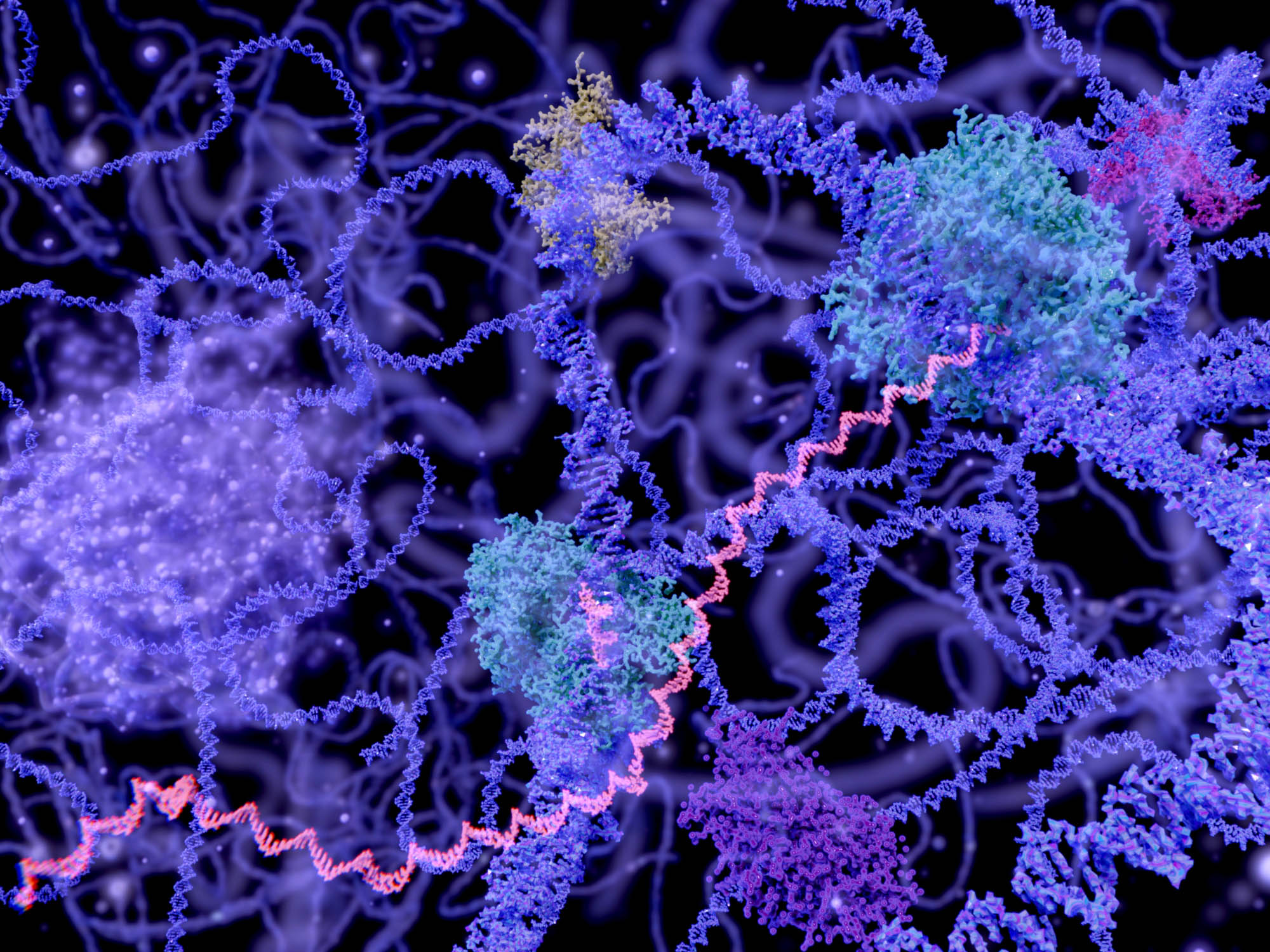 What is it? Researchers studying messenger RNA (mRNA) vaccines, the technology behind COVID-19 immunizations, have developed a hydrogel that works in mice to shrink melanoma tumors and stop their spread.

Why does it matter? This could help the body’s immune system beat some cancers. Cancer immunotherapies containing mRNA are designed to work by encoding tumor proteins to trigger an immune response. Alas, mRNA molecules are fragile and can break down quickly after injection. Researchers have tried using nanoparticles to shield the mRNA, but the human body roots those out, too, in just a day or two. Enter a new formulation, a hydrogel designed to be injected under the skin and release mRNA over a period of up to 30 days.

How does it work? Researchers chose an egg protein called ovalbumin as a model antigen (a molecule that induces an immune response). They created a hydrogel by mixing ovalbumin mRNA with an adjuvant (which helps activate the immune system). “When injected under the skin of mice with melanoma tumors engineered to express ovalbumin, the hydrogel slowly released mRNA and adjuvant nanoparticles over a 30-day period,” according to a news release from the American Chemical Society, which published the study. “The mRNA vaccine activated T cells and stimulated antibody production, causing tumors to shrink in the treated mice.” Further, tumors in the vaccinated mice did not spread to the lung. Researchers say the results show hydrogel’s potential for effective, efficient single-dose cancer immunotherapies in the future. 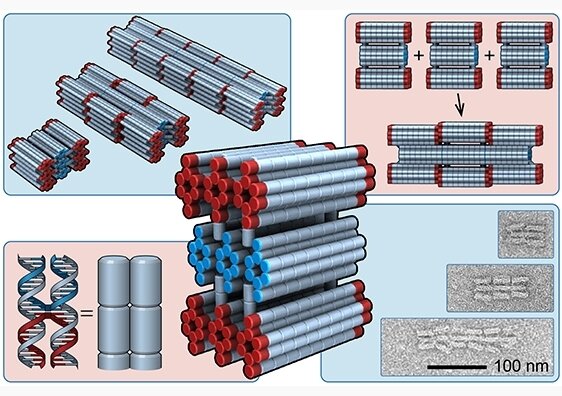 What is it? Researchers at the University of New South Wales (UNSW) have programmed DNA nanobots that build themselves — and know when to stop.

Why does it matter? Scientists can already program nano-scale robots to do incredibly important microscopic tasks, like delivering life-saving drugs at a cellular level. “Future nanobot use cases won't just play out on the tiny scale, but include larger applications in the health and medical field, such as wound healing and unclogging of arteries,” UNSW said in a statement. Their researchers have now designed DNA nanobots that can do something big — build themselves. But there’s more to it. “The challenge with using self-assembly to build is figuring out how to program the building blocks to build the desired structure, and getting them to stop when the structure is long or tall enough,” UNSW explained.

How does it work? The research team synthesized DNA subunits, called PolyBricks, which are encoded with plans to self-assemble into predefined structures. They used a design principle called strain accumulation to control the dimensions of the finished form. "With each block we add, strain energy accumulates between the PolyBricks, until ultimately the energy is too great for any more blocks to bind,” says Dr. Lawrence Lee, a lead author of the study, published in ACS Nano. To control the length of the finished form, the team modified its DNA sequence to regulate the strain of each subunit, and by extension, the whole. Lead author Dr. Jonathan Berengut adds, “It's this type of fundamental research into how we organise matter at the nanoscale that's going to lead us to the next generation of nanomaterials, nanomedicines, and nanoelectronics.” 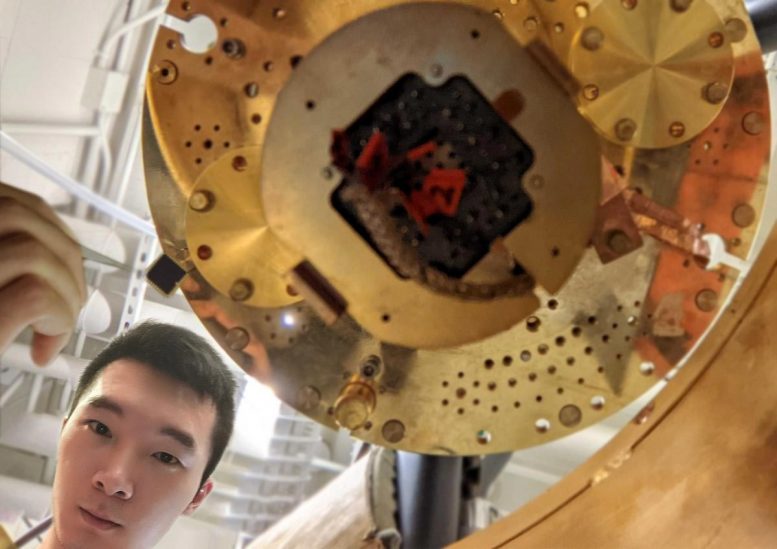 What is it? An MIT-led research team found a configuration of graphene with surprising electronic properties — a completely new type of material that could help the next generation of computers operate at micro scale.

Why does it matter? Scientists have been searching for a way to make electrical systems work at a nano scale. But ferroelectric materials, which are critical in technologies like medical imaging and high-speed computing, don’t work as well when they’re super-miniaturized. “There are challenges associated with conventional ferroelectrics that people have been working to overcome,” says Qiong Ma, Ph.D., co-author of the team’s study, which was published in Nature. “For example, the ferroelectric phase becomes unstable as the device continues to be miniaturized. With our material, some of those challenges may be automatically solved.”

How does it work? Graphene, a remarkable material discovered early this century, is a sheet of carbon atoms bonded to each other in hexagons. Some of its most curious and exciting properties come out when it is wrapped around or layered onto other materials. “The structure the team created is composed of two layers of graphene — a bilayer — sandwiched between atomically thin layers of boron nitride (BN) above and below,” according to SciTechDaily. “Each BN layer is at a slightly different angle from the other. Looking from above, the result is a unique pattern called a moiré superlattice.” Ma says, “by creating this moiré structure, graphene is not graphene anymore. It almost magically turns into something very, very different.” In this case, the sandwiched graphene could bring ferroelectrics down to the nano scale, where its conductivity opens a whole new world of scientific possibility.