Hydrogen goo could carry us into the future, human brain stem cells grown on a microchip could teach AI new tricks, and blue-green algae points to natural plastic. This week’s coolest things are changing the world on a cellular level.

What is it? German researchers developed POWERPASTE, a chemical form of hydrogen that’s solid at room temperature and easy to transport. The paste, which looks like gray goo, could become a source of hydrogen fuel for electric scooters and motorcycles.

Why does it matter? Hydrogen-powered cars and trucks have been around for a while, but existing hydrogen storage has been impractical for smaller vehicles. The POWERPASTE could create a stable hydrogen fuel source with great energy density. “It is substantially higher than that of a 700-bar high-pressure tank,” said Dr. Marcus Vogt, research associate with Fraunhofer IFAM. “And compared to batteries, it has ten times the energy storage density.”

How does it work? The researchers used high temperature and high pressure to form magnesium hydride from magnesium powder and hydrogen. They added an ester and a metal salt to form the paste, which reacts with water to release the hydrogen. The hydrogen gas can then power a fuel cell aboard the vehicle.

What is it?  A team led by researchers from the University of New South Wales is working on “smart” stem cells made from human fat that can lie dormant in the body until needed to repair damaged tissue.

Why does it matter? The cells — called induced multipotent stem cells — are fat cells reprogrammed to act as stem cells. The university reported in a press release that when scientists injected the cells into mice, the cells “stayed dormant – at first. But, when the mice had an injury, the stem cells adapted to their surroundings and transformed into the tissue that needed repairing, be it muscle, bone, cartilage, or blood vessels.”

How does it work? In the lab, scientists exposed human fat cells to a compound that erased the cells’ original identity and the so-called “silencing marks” that restrict that identity to a particular tissue type.  In mice,  “the stem cells acted like chameleons,” says lead author Dr. Avani Yeola, a post-doctoral stem cell researcher at the university. “They followed local cues to blend into the tissue that required healing.” The research was published in the in Science Advances.

It’s All In Your Head 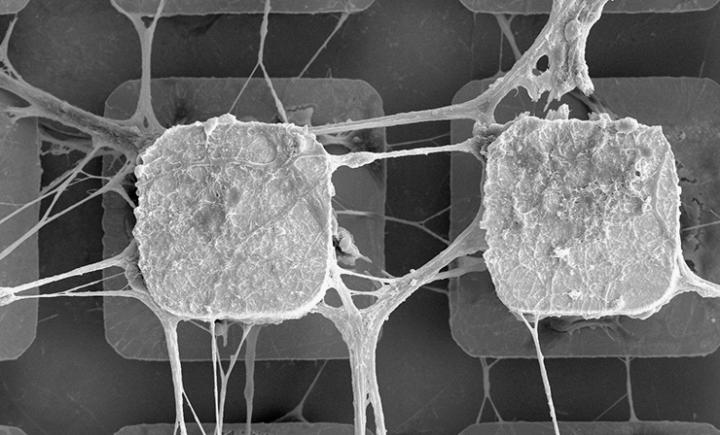 What is it? AI researchers led by a team at Aston University in Birmingham, U.K., are seeking to grow human brain stem cells on a microchip to “push the boundaries of artificial intelligence.”  They intend to show how real neurons — the brain’s information processors — can supercharge machine learning with dramatically lower energy use than fully digital systems. "Our aim is to harness the unrivalled computing power of the human brain to dramatically increase the ability of computers to help us solve complex problems,” says professor David Saad of Aston University. “We believe this project has the potential to break through current limitations of processing power and energy consumption.”

Why does it matter? The team is using the three-year project — called Neu-Chip — to “demonstrate how human brain stem cells grown on a microchip can be taught to solve problems from data, laying the foundations for a ‘paradigm shift’ in machine learning technology.” The university said in a news release that human brain cells “have extremely low power demands, requiring only a small volume of a nutrient-rich solution to operate.”

How does it work? The team plans to “layer networks of stem cells resembling the human cortex onto microchips,” the university said. “They will then stimulate the cells by firing changing patterns of light beams at them. Sophisticated 3D computer modelling will allow them to observe any changes the cells undergo, to see how adaptable they are. This imitates the 'plasticity' of the human brain, which can rapidly adapt to new information.” 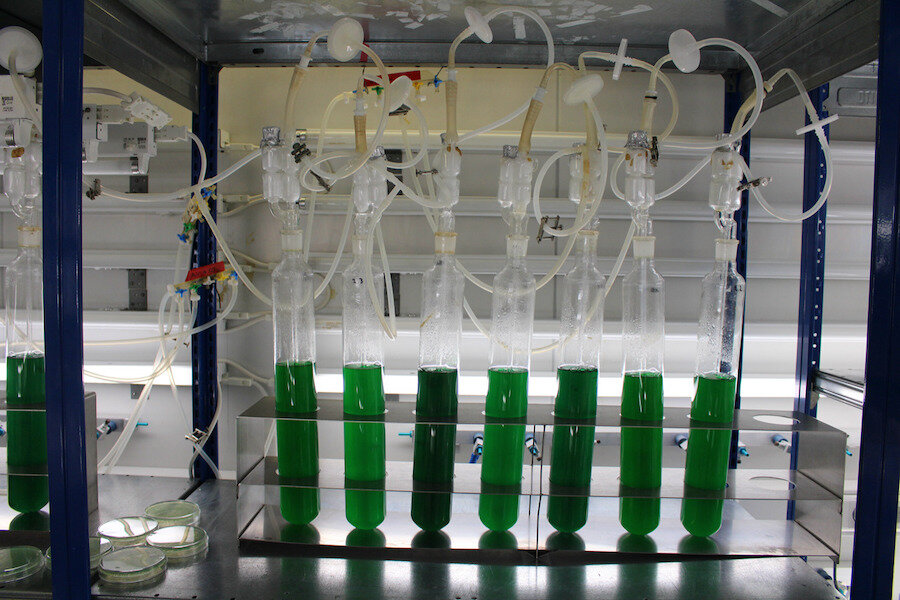 What is it? Researchers at the University of Tübingen modified the metabolism of cyanobacteria, commonly known as blue-green algae, to produce natural plastic at a potentially industrial scale. "We have created veritable plastic bacteria," says Dr. Moritz Koch, first author of the study that was published in the journal Microbial Cell Factories.

Why does it matter?  The team reported on a genus of cyanobacteria that produces a natural plastic called PHB. “PHB can be used in a similar way to the plastic polypropylene but is rapidly degradable in the environment, as well as pollutant-free,” the university said in a news release.

How does it work? The cyanobacteria produce PHB as a byproduct of photosynthesis. The natural process requires only water, carbon dioxide and sunlight. The Tübingen research group modified the bacteria’s metabolism “to produce this natural plastic in quantities enabling it to be used industrially,” the university said. "Cyanobacteria are, in a sense, the hidden champions of our planet,” Koch said. “This underscores the enormous potential of these organisms. Once this is established in industry, the entire production of plastics could be revolutionized.” 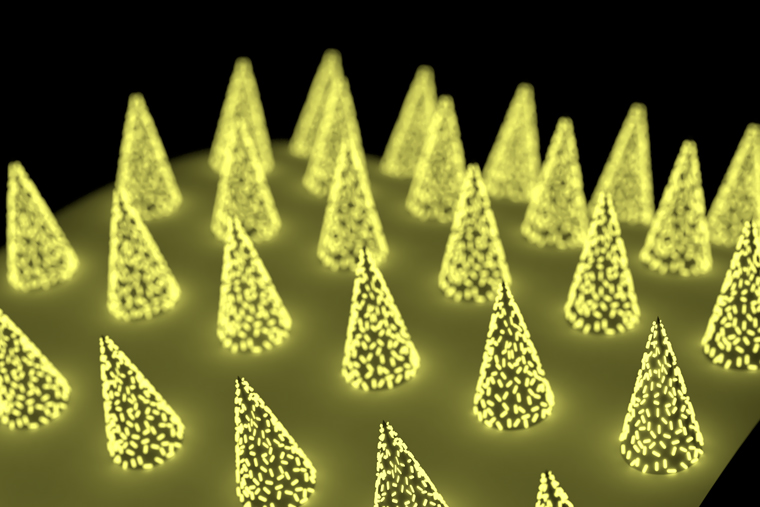 What is it? Scientists at the McKelvey School of Engineering — part of Washington University in St. Louis — developed a microneedle patch that can be applied to the skin and detect certain biomarkers, such as for viral or bacterial infections or conditions like sepsis. No syringes required, and it’s “nearly pain-free.”

Why does it matter? In addition to sidestepping the hassle of getting blood drawn, the low-cost patches could speed up the diagnostic process. EMTs in an ambulance could apply a patch to somebody with chest pain, for instance, to test for a biomarker that would indicate myocardial infarction, rather than waiting to get to the hospital, draw blood there and send it to the lab. Patients with chronic conditions could also apply the patches to themselves for routine testing, rather than having to go to the hospital each time.

How does it work? The patches detect biomarkers that exist not only in blood but in the dermal interstitial fluid that surrounds our cells, where the biomarkers exist in lower concentrations. The use of plasmonic fluors — an “ultrabright fluorescence nanolabel” — facilitates the detection of the biomarkers even at low concentrations in the fluid, with the patch penetrating only about 400 microns deep into the dermal tissue. The technology is described further in a new paper in Nature Biomedical Engineering.