Octopi, squid and cuttlefish inspired scientists to create materials that contract like muscles and change color when exposed to light, while elsewhere researchers figured out what makes jellyfish such good swimmers — which could lead to the design of better vehicles. There’s plenty of cool things to learn about on Earth this week — but not just Earth. Read on to learn about what’s happening in the next solar system over. 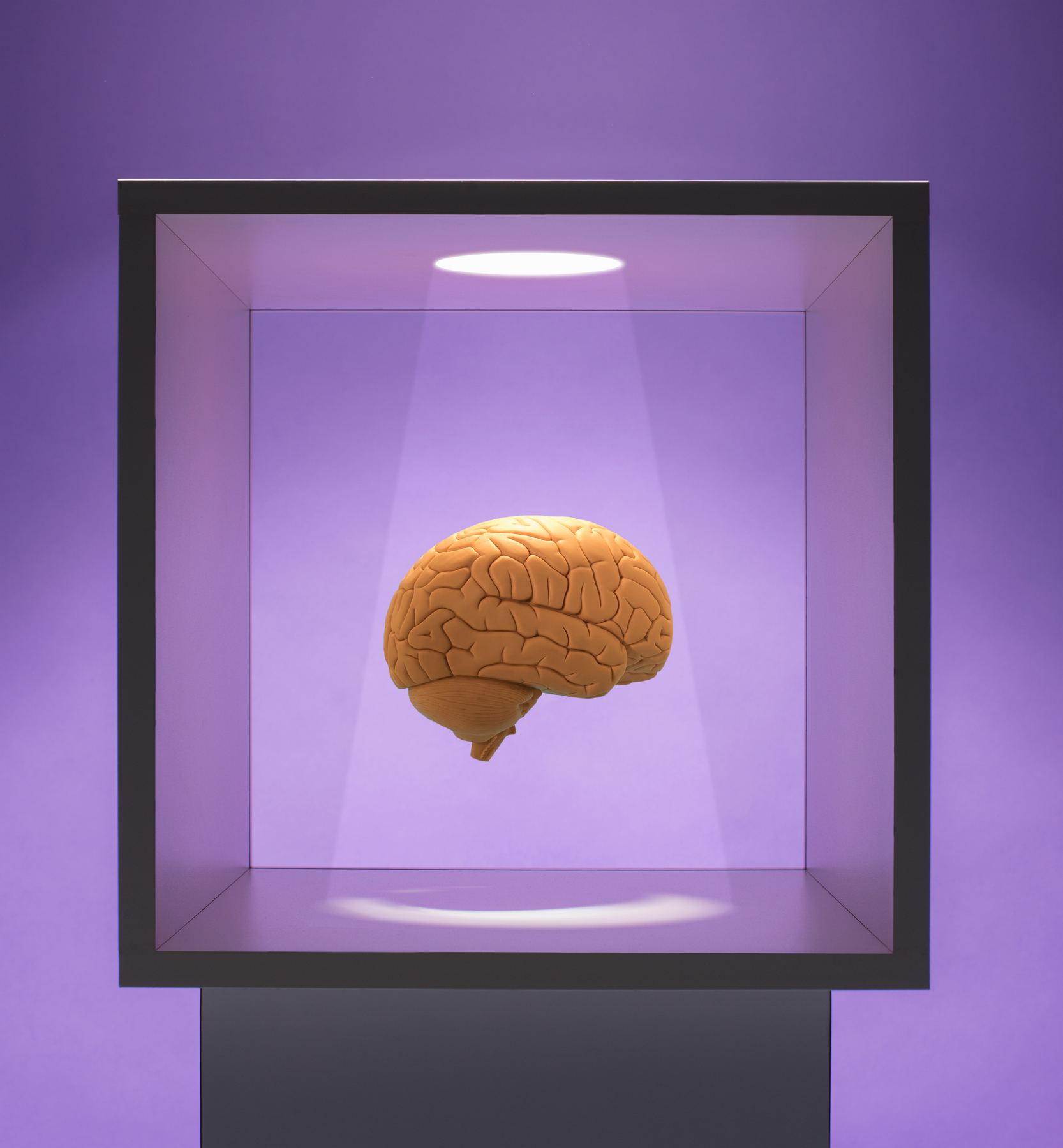 What is it? Scientists in Germany developed a 3D-printing technique they call xolography, which uses intersecting beams of light to rapidly solidify an object.

Why does it matter? Volumetric additive manufacturing, or VAM — as this general field of 3D printing is known — can allow for the quicker production of higher-quality objects than is possible with other kinds of 3D printing. An article in Nature compared the xolographic technology to the replicators featured in “Star Trek” that “can manifest solid matter in seconds.” It can create solid objects with a feature resolution up to 25 micrometers and a solidification rate up to 55 cubic millimeters per second.

How does it work? VAM works generally by using beams of light to induce polymerization in a liquid precursor, forming a solid object — so it doesn’t require the support infrastructure, like gantries for printheads, that other 3D-printing methods use. In xolography, the reseachers shine a rectangular sheet of light that excites molecules within a viscous resin; a second beam of light “projects an image of a slice of the 3D object to be printed into the plane of the light sheet.” Describing their technique in a new study in Nature, researchers demonstrated it by 3D-printing a loose ball inside a spherical cage that was 8 millimeters in diameter. 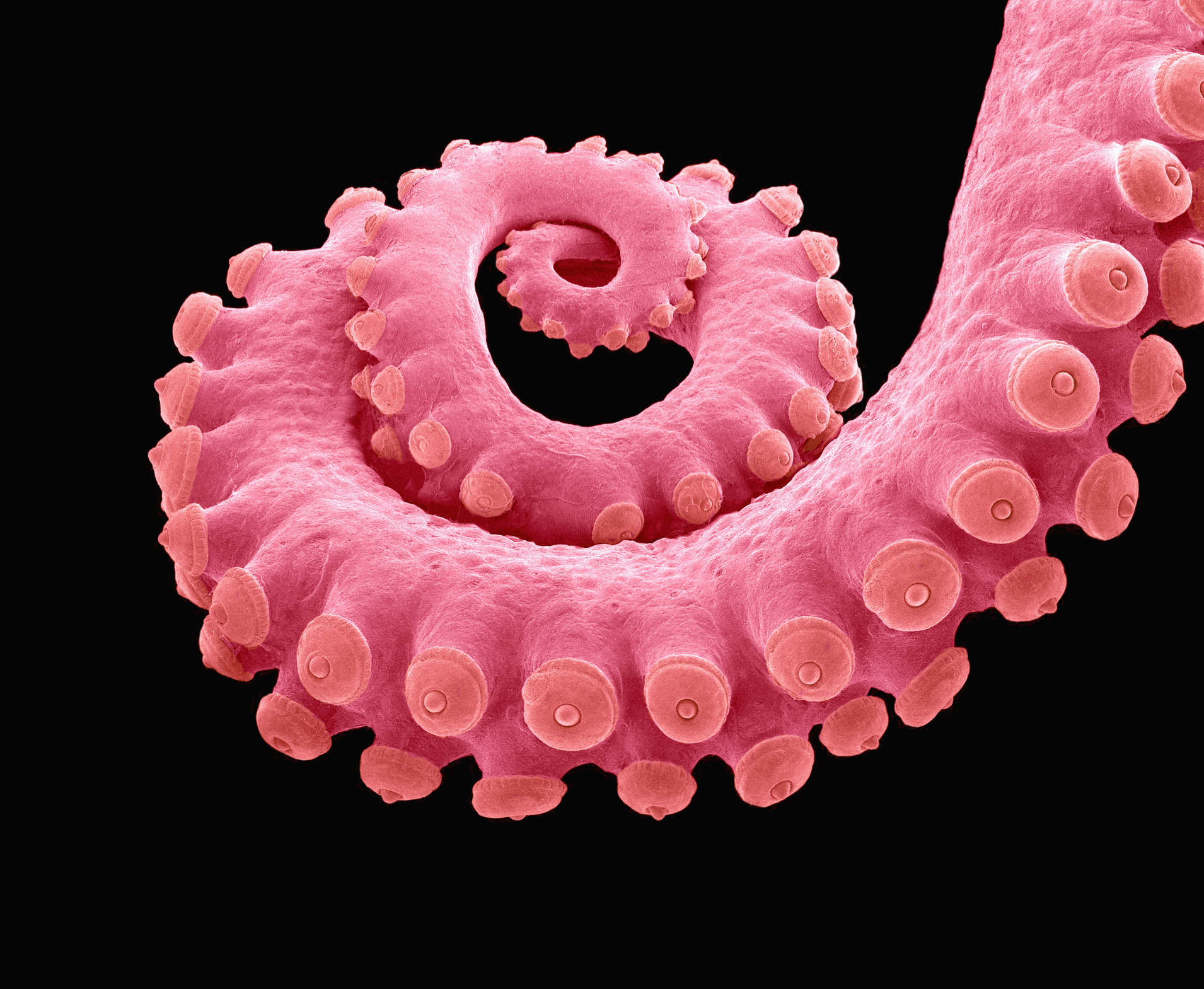 What is it? Researchers at Rutgers developed 3D-printed materials that mimic attributes of cephalopods like octopus, cuttlefish and squid, changing shape and color when exposed to light.

Why does it matter? “Electronic displays are everywhere and despite remarkable advances, such as becoming thinner, larger and brighter, they’re based on rigid materials, limiting the shapes they can take and how they interface with 3D surfaces,” said Howon Lee, a Rutgers engineering professor and the senior author of a new study in ACS Applied Materials & Interfaces. “Our research supports a new engineering approach featuring camouflage that can be added to soft materials and create flexible, colorful displays.”

How does it work? Cephalopods can change color with the help of cells in their skin called chromatophores. The Rutger researchers incorporated their hydrogel with a nanomaterial that contracts in response to changes in light — rendering it an artificial muscle of sorts. The nanomaterial also changes color, camouflaging itself; in addition to robotics and electronics, then, the researchers think it could also be used by the military.

This Idea’s Got Wings 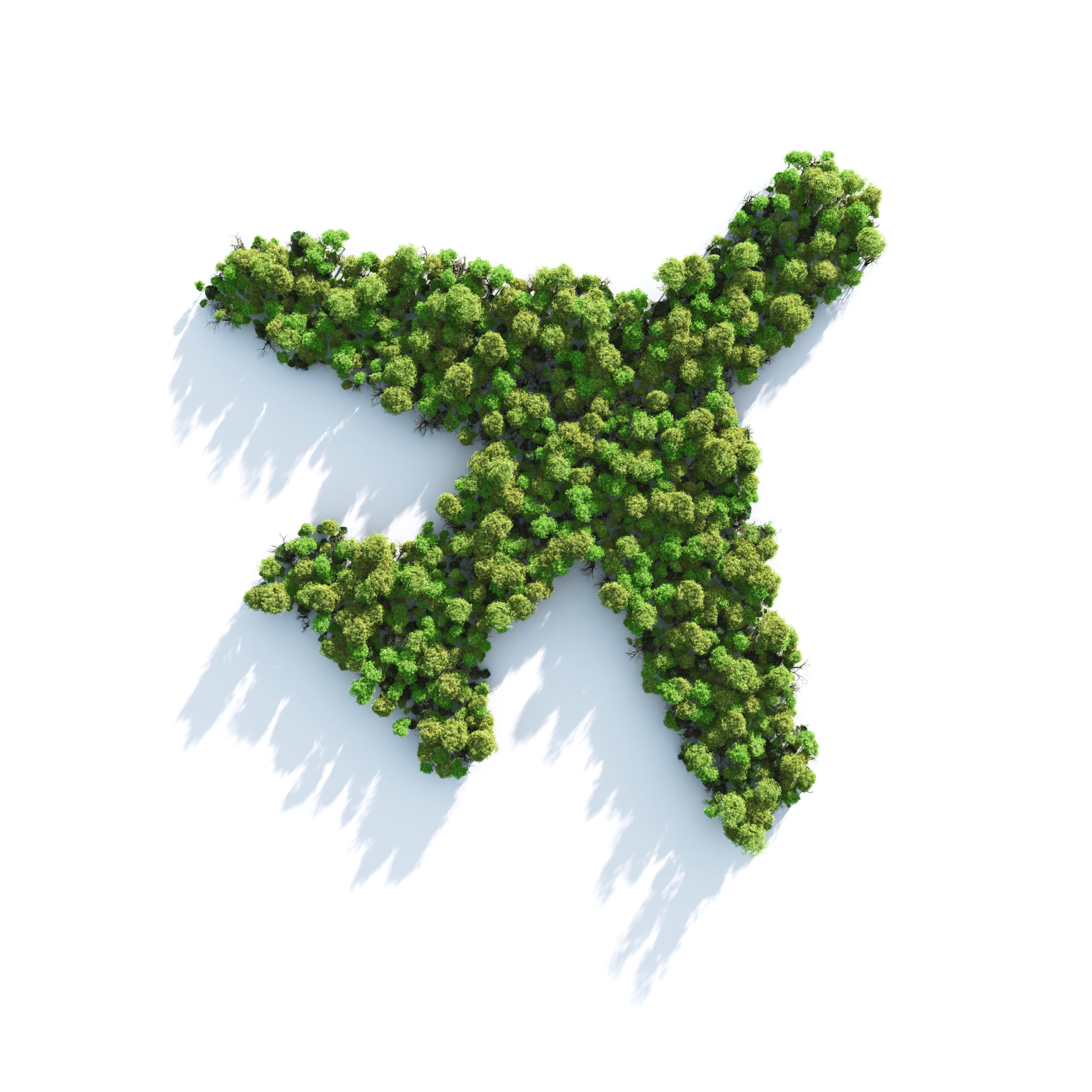 What is it? Scientists from the University of Oxford and other institutions devised a way to directly convert carbon dioxide into jet fuel.

Why does it matter? The race is on to reduce the greenhouse emissions of the aviation sector. While cars can run on batteries, technology like that isn’t yet feasible for airborne vehicles like airplanes. The researchers’ conversion process involves taking carbon already in the air and rendering it into jet fuel. With no reliance on fossil sources, they write, “the overall effect is a carbon-neutral fuel.”

How does it work? As an article in ScienceNew explains, past efforts to convert carbon dioxide into fuels have relied on catalysts “made of relatively expensive materials, like cobalt, and required multiple chemical processing steps.” But the new process, as its creators describe it in Nature Communications, relies on “novel, inexpensive iron-based catalysts,” and the CO2 can be converted directly. 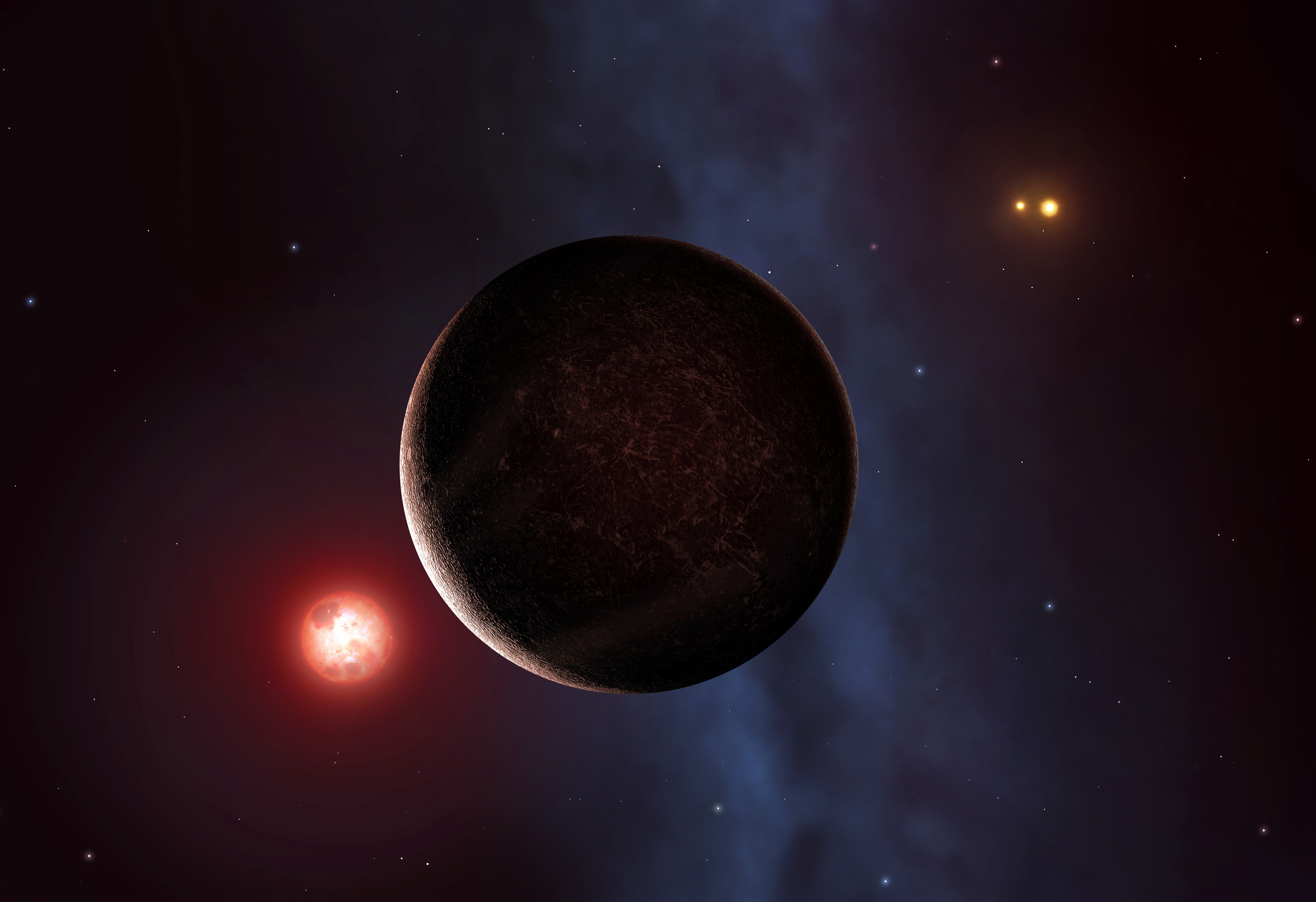 What is it? Astronomers working with Breakthrough Listen — an ambitious 10-year initiative to search for evidence of extraterrestrial life — picked up an “intriguing radio wave emission” coming from the direction of Proxima Centauri, the closest star to our sun.

Why does it matter? Proxima Centauri is thought to be orbited by at least one planet that could be habitable. According to The Guardian, though the signal is “likely to have a mundane explanation,” the “direction of the narrow beam ... and an apparent shift in its frequency said to be consistent with the movement of a planet have added to the tantalizing nature of the findings.” Scientists are preparing a paper on the signal, which they’ve dubbed Breakthrough Listen Candidate 1, or BLC-1.

How does it work? One question this signal raises (beyond, you know, the possibility of an alien civilization): What happens if we never hear it again? As astrophysicist and Breakthrough Listen board member Michael Garrett writes in The Conversation, having a receiver pointed in the right direction while planets and stars line up just so is fortuitous indeed, and sometimes signals, like the famous 1977 “Wow!” signal, appear and then never reappear — making it hard for scientists to collect enough data to properly evaluate them. How to get around the challenge? Garrett explores some options.

What is it? Researchers at the University of South Florida have discovered one reason why jellyfish are such powerful swimmers — and it’s something they have in common with airplanes.

Why does it matter? The findings, which relate to a (usually) aerodynamic phenomenon called ground effect, could inform vehicle design, said USF professor of integrative biology Brad Gemmell: “The fact that these simple animals have figured out how to achieve a ‘ground effect’-type boost in open water, away from any solid surfaces, has the potential to open up a range of new possibilities for engineered vehicles to take advantage of this phenomenon.”

How does it work? Ground effect refers to the way that the air between the airplane and the ground is squeezed during takeoff, building pressure and giving the plane a boost. Gemmell, co-author of a new paper in Proceedings of the Royal Society B, observed a similar effect with jellyfish, which produce two vortex rings — bodies of fluid that spin underneath them in opposite directions. “The vortex rings resist each other,” according to a USF news release, “creating a ‘virtual wall’ that provides a similar boost in performance compared to animals that swim near the bottom. Never before has it been proven that an animal can create this phenomenon away from a solid boundary.”