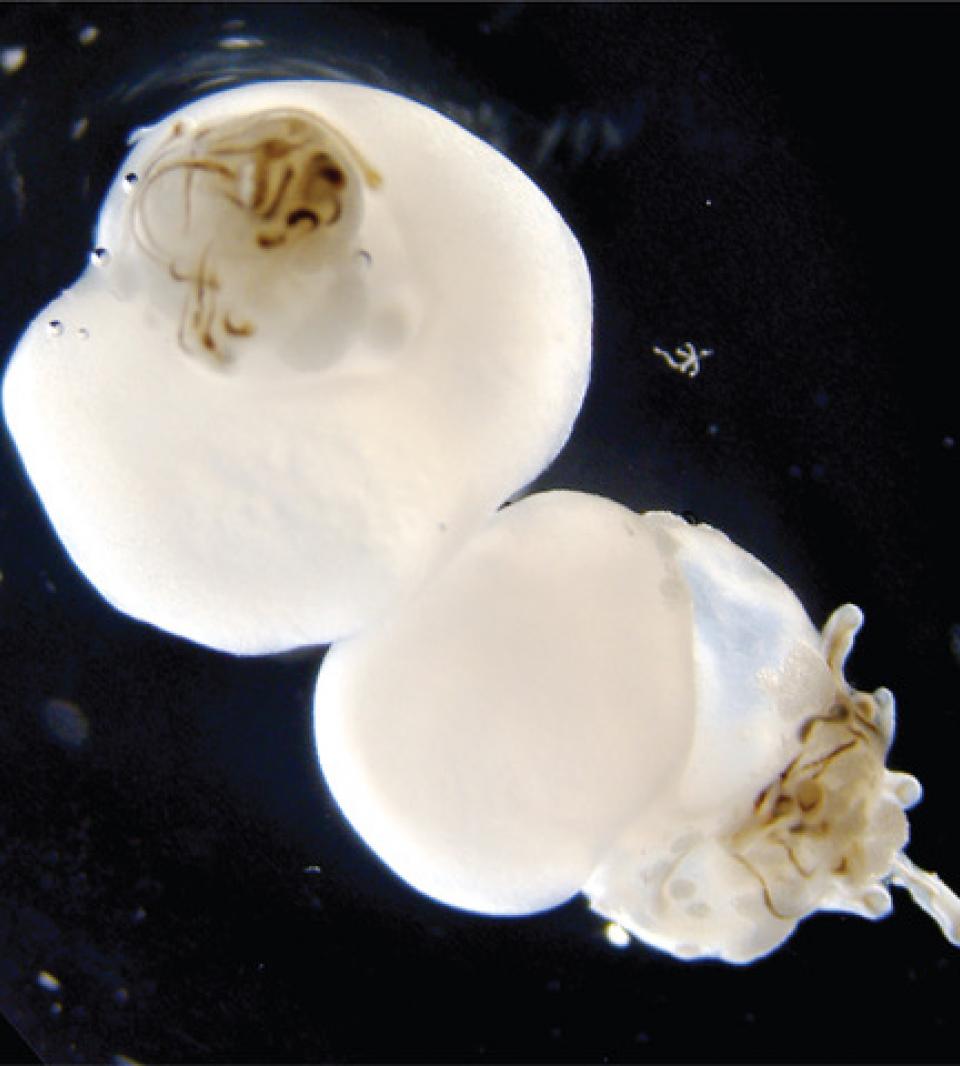 Scientists are using CRISPR gene-editing technology to devise treatments against viruses including the one that causes COVID-19, new microscopy techniques are enabling researchers to examine biomolecules down to the atomic level, and folks in the “skin biology community” have found themselves with a pretty hairy situation on their hands. Well, not on their hands, exactly — on a lab-grown piece of skin. Things are wild and woolly in this week’s coolest scientific discoveries. 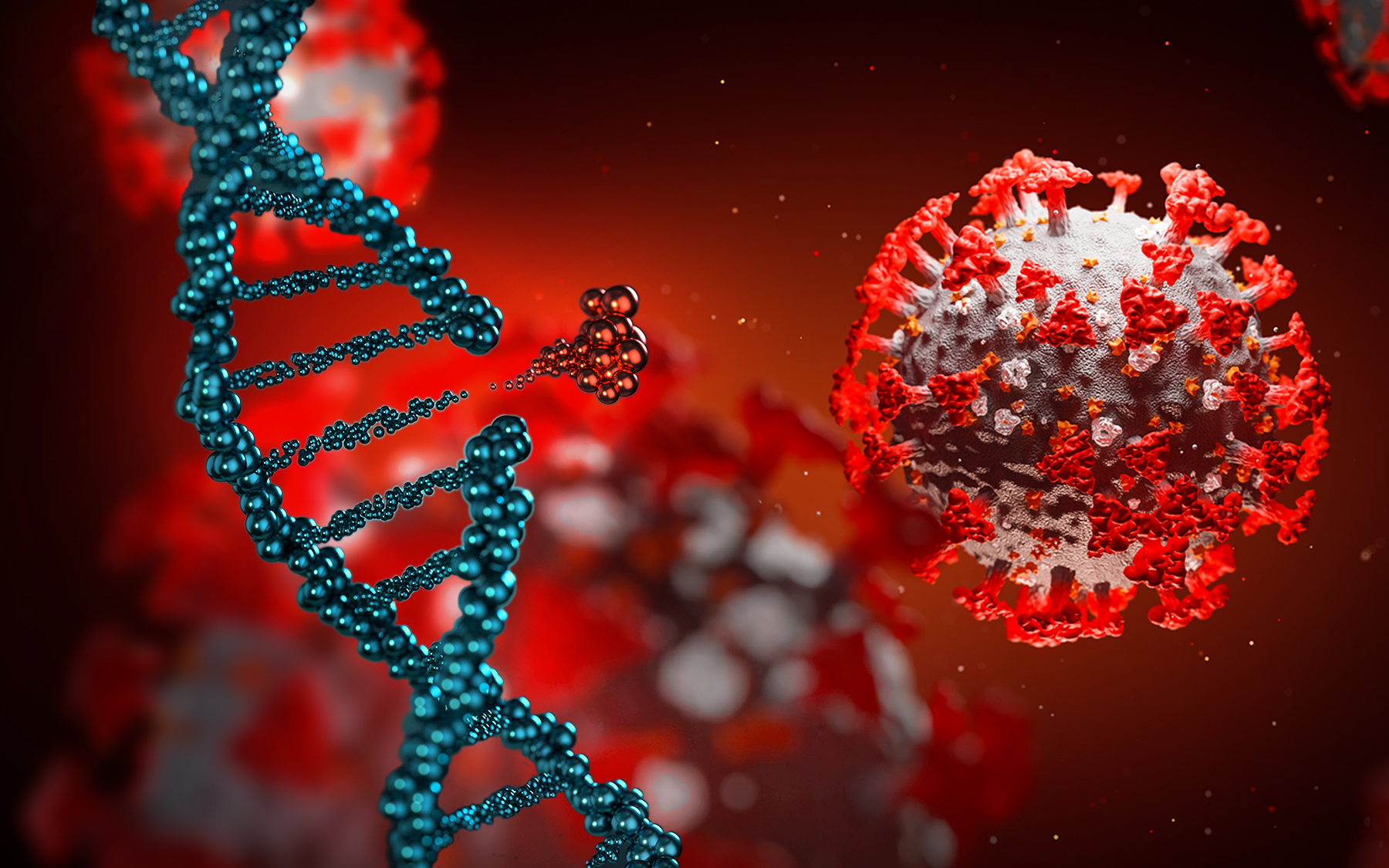 What is it? Scientists at New Mexico’s Sandia National Laboratories are pursuing ways to use the gene-editing technology CRISPR to help the body inhibit viral infection — including infection with the coronavirus that causes COVID-19.

Why does it matter? “I think this current pandemic shows that we have a vulnerability to this and that this is more than a health problem. It is a national security problem,” said Sandia biochemist Joe Schoeniger said. “Coronavirus was already on our radar. When the new strain called SARS-CoV-2 emerged and it was clear this was not a local problem in China, we started to pivot to that research pretty early. We’ve added on more institutional work since then.”

How does it work? CRISPR, Schoeniger explains, is a technology that “allows us to address specific sequences of DNA and RNA, safely editing genes or controlling gene expression, to target viruses and improve the body’s ability to resist infection.” He’s working with virologist Oscar Negrete to find “reloadable” countermeasures against viral infection “that do not have to be re-invented every time.” 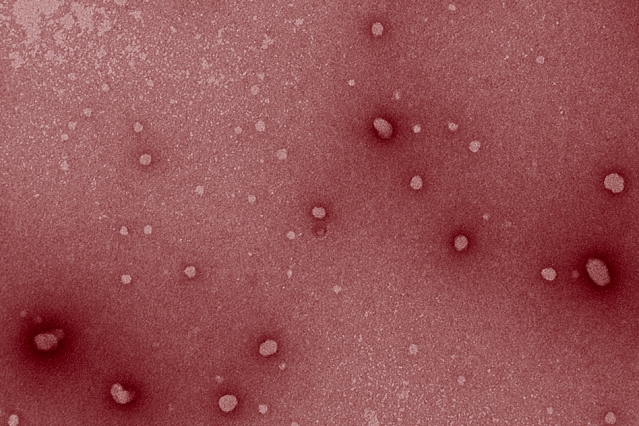 What is it? Engineers at the Massachusetts Institute of Technology have devised a way to use nanoparticles to bolster the body’s immune system as it fights cancer.

Why does it matter? When it recognizes cancer, the immune system jumps into action. It can be inhibited, though, by molecules secreted by tumors that work to neutralize its attack. Researchers have turned to a form of immunotherapy that uses checkpoint inhibitors, which — according to an MIT release — “remove this ‘brake’ on the immune system and restore T cells’ ability to attack tumors.” Checkpoint inhibitors only work in a fraction of patients, though, for reasons that remain unclear, and researchers have been searching for ways to make them more effective.

How does it work? Enter the nanoparticles, which could make this form of immunotherapy “more powerful than checkpoint inhibitors given alone,” per MIT, by acting as a delivery mechanism for a class of drug called oligonucleotides — “specific sequences of DNA or RNA that the immune system recognizes as foreign,” and which stimulate it into action. Clinical trials of oligonucleotides haven’t yet been successful, though, because they haven’t been able to get where they need to go in the body. The nanoparticles allow for a targeted delivery that the MIT team has shown to halt tumor growth in mice; they’ve described their findings in a new article in PNAS. 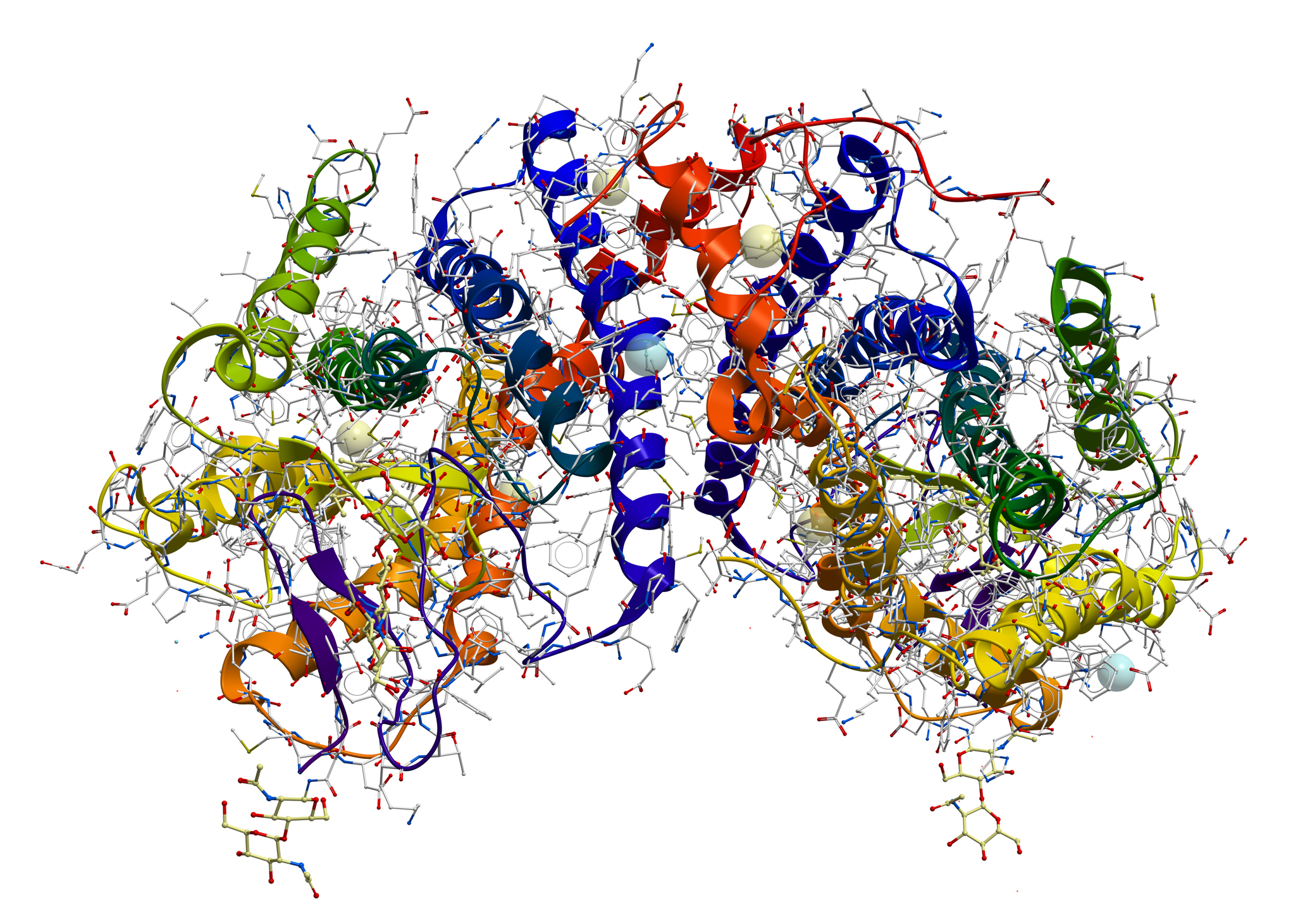 What is it? In 2017, the Nobel Prize in Chemistry went to three scientists who had pioneered the technique of cryogenic-electron microscopy, a technique that uses electron beams fired at frozen protein samples to attain sharp images of biomolecules. Now the technique has been refined even further, such that researchers can see individual atoms in a protein.

Why does it matter? According to Nature, the development (described in two preprints, one of which has an exclamation mark in its title) “cements cryo-EM’s position as the dominant tool for mapping the 3D shapes of proteins.” Holger Stark, a biochemist and electron microscopist at the Max Planck Institute for Biophysical Chemistry in Germany, said, “There’s really nothing to break anymore. This was the last resolution barrier.”

How does it work? The teams used as their “test bed” a protein called apoferritin, measuring resolution with metric units called ångströms (1 Å is one ten-billion of a meter); the previous resolution record for imaging apoferritin was 1.54 ångströms. The two teams used different technologies for getting the resolution to 1.25 and 1.2 ångströms; one group, for instance, used an instrument to ensure that the electrons were moving at similar speeds. The “atomic resolution” they achieved could, among other things, give researchers a better view into how enzymes work, and how specific drugs could be developed to block their activity. “This is a gold mine for structure-based drug design,” said Radu Aricescu, a leader of the team out of the U.K.’s Medical Research Council Laboratory of Molecular Biology. 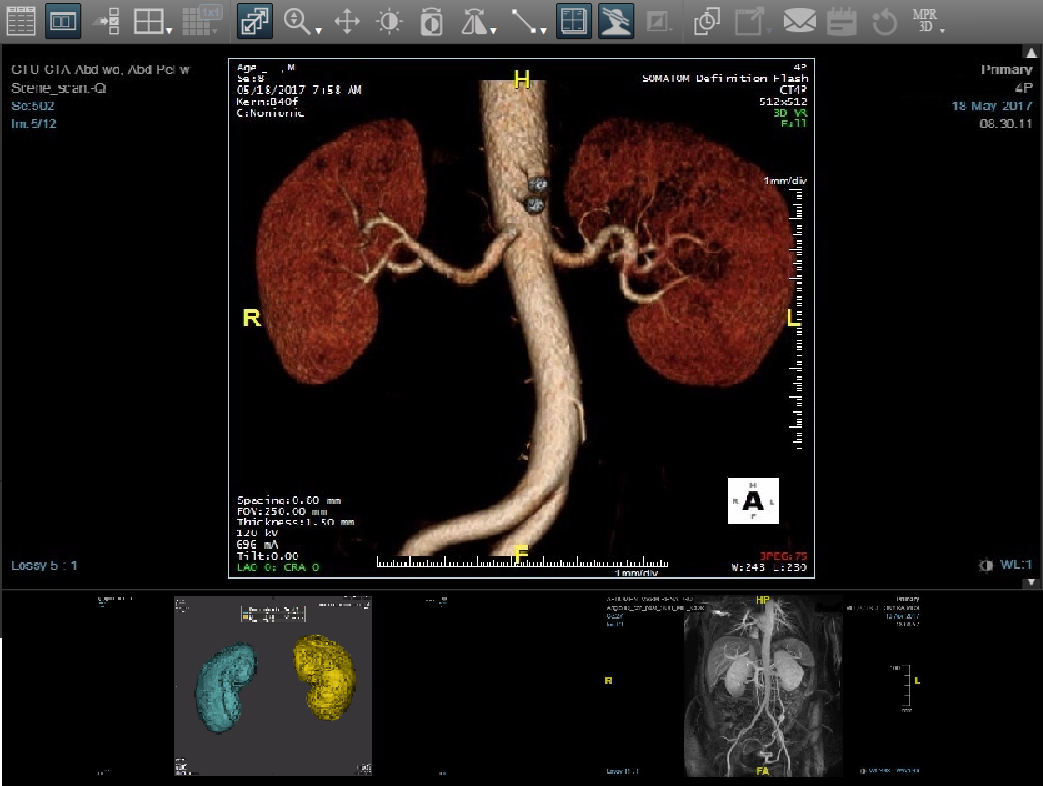 What is it? At the University of Arkansas, chemical engineers have created a synthetic device that mimics the kidneys, filtering blood and transporting ions.

Why does it matter? The technology could be used by patients in the end stage of renal disease, said principal researcher Christa Hestekin: “The system could work as a stand-alone device or in conjunction with peritoneal dialysis to control the chemistry of solutions used in treatment. And, minor modifications to the device could enable it to function as a wearable and potentially implantable artificial kidney.” It’s described further in Communications Materials.

How does it work? “Basically we created a synthetic nephron,” Hestekin said. The nephron is the functional unit of the kidney, which removes waste from the blood and disperses nutrients to the body. The synthetic device consists of porous platinum mesh inserted between two ion-exchange wafers; as a University of Arkansas release explains it, that creates “a single electrode ionization wafer that uses an electric field to force ions through membranes.” 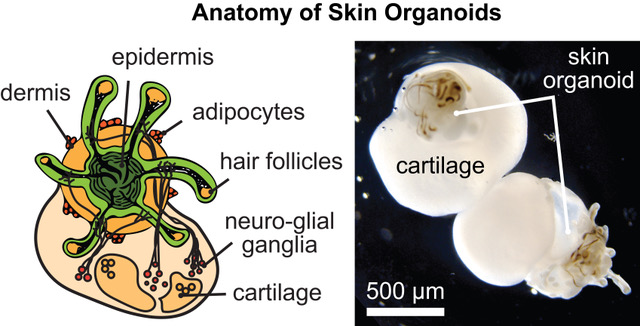 What is it? Scientists from Indiana University School of Medicine and Harvard Medical School have used pluripotent stem cells to grow a “dollop of human skin” that grows human hair — no actual humans required.

Why does it matter? “This is the first study to show that human hair can be grown completely from stem cells in a dish, which has been a goal of the skin biology community for decades,” said Karl Koehler, a professor of otolaryngology at Harvard Medical School and Boston Children’s Hospital. A piece of skin that grows hair isn’t just notable for being one of the strangest things you’ll hear about this week; it can also help future research into hair loss and skin reconstruction.

How does it work? Pluripotent stem cells are undifferentiated cells that can be coaxed by scientists to develop into any kind of mature cell. Published in Nature, the new findings build on previous work that used human stem cells to, for instance, grow human inner ear tissue, and mouse stem cells to grow hairy skin. Koehler said, “We’ve developed a new cooking recipe for generating human skin that produces hair follicles after about 70 days in culture. When the hair follicles grow, the roots extend outward radially. It’s a bizarre-looking structure, appearing almost like a deep-sea creature with tentacles coming out from it.”