Roboticists are helping self-driving vehicles act like a swarm of bees, researchers found a new way to use stem cells to combat diabetes and astronomers discovered the most energetic blast in the universe since the big bang. This week’s coolest scientific discoveries are positively explosive.

Robots On The Road

What is it? Roboticists at Northwestern University developed a “decentralized” algorithm to help autonomous vehicles navigate safely around one another.

Why does it matter? “If you have many autonomous vehicles on the road, you don’t want them to collide with one another or get stuck in a deadlock,” said Michael Rubenstein, a professor of computer science and mechanical engineering at Northwestern’s McCormick School of Engineering. One way to do that is by applying principles of swarm robotics, a field of robotics that aims to get many machines working together toward a common goal, like ants or bees.

How does it work? Without a centralized leader — which is the point. “If the system is centralized and a robot stops working, then the entire system fails,” Rubenstein said. “In a decentralized system, there is no leader telling all the other robots what to do. ... If one robot fails in a swarm, the swarm can still accomplish the task.” As described in a forthcoming article in IEEE Transactions on Robotics, Rubenstein and colleagues wrote an algorithm that they tested in a simulation of more than a thousand robots, then a lab experiment of 100 actual robots. Each robot knows where it is in a grid, and uses sensors to communicate with its fellow robots, making sure not to move into another’s space. By this means, in testing, the entire swarm was able to position itself into a predetermined shape in less than a minute. 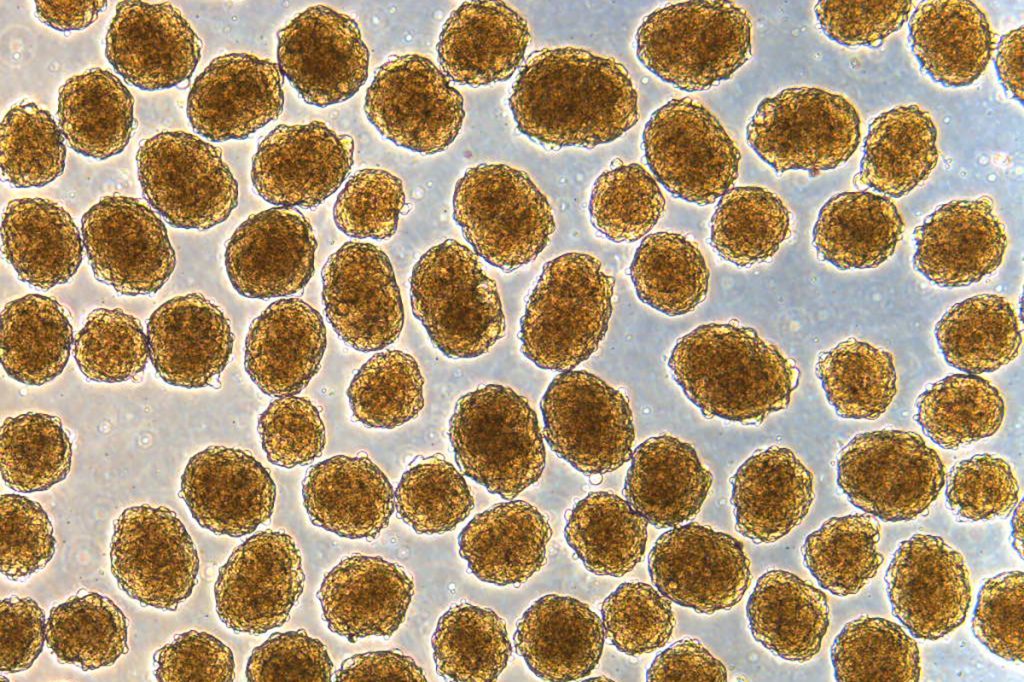 What is it? Researchers at Washington University School of Medicine in St. Louis found an efficient way to convert human stem cells into insulin-producing cells that “functionally cured” diabetes in mice for a period of time.

Why does it matter? Scientists have previously known that human stem cells could be refigured into pancreatic beta cells that secrete insulin when they encounter blood sugar. The problem with the process was that “you also produce other cells you don’t want,” explained Jeffrey R. Millman, principal investigator on a new study published in Nature Biotechnology. “The more off-target cells you get, the less therapeutically relevant cells you have. You need about a billion beta cells to cure a person of diabetes. But if a quarter of the cells you make are actually liver cells or other pancreas cells, instead of needing a billion cells, you’ll need 1.25 billion cells. It makes curing the disease 25% more difficult.”

How does it work? Millman and colleagues developed a technique that targets the cytoskeleton — the “cells’ internal scaffolding” — and results in the production of more beta cells, with fewer off-target cells. Some of the diabetic mice injected with the cells were cured “for more than a year,” Millman said, although there’s a lot of work left to do before the technique might be used to treat diabetes in humans. 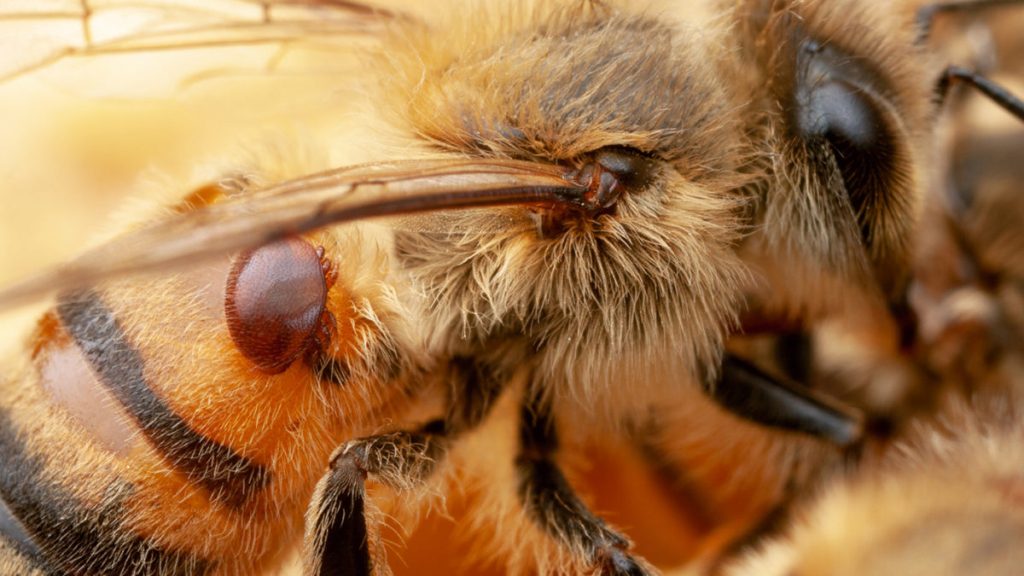 Varroa mites are one of many factors causing the collapse of colonies of honeybees. Image credit: Alex Wild/University of Texas at Austin.

What is it? Scientists at the University of Texas at Austin genetically engineered the tiny, tiny microbiomes of honeybees in order to prevent their colonies from collapsing.

Why does it matter? As NPR reported last June, “record number of honeybee colonies” died the previous winter: about 40% of colonies kept by American beekeepers. Relied upon by farmers to pollinate crops including blueberries and almonds, the bees face many challenges, but the UT scientists focused on two: the Varroa mite and a disease called deformed wing virus. The two afflictions “often come together,” the university explains in a news release: “As the mites feed on bees, they can spread the virus, while also weakening the bees and making them more vulnerable to pathogens in the environment.”

How does it work? Just like humans, bees have a universe of bacteria in their guts that researchers thought they could take advantage of. They gave one group of bees an engineered strain of bacteria that targeted the Varroa mite, and another group a strain that targeted deformed wing virus. Mites feeding on the former group were much more likely to die than those feeding on untreated bees, and bees treated with the virus-fighting bacteria were more likely to survive to day 10. ”This is the first time anyone has improved the health of bees by genetically engineering their microbiome,” said Sean Leonard, first author of a study published in Science. The researchers say the technique could be scaled up for agricultural use. 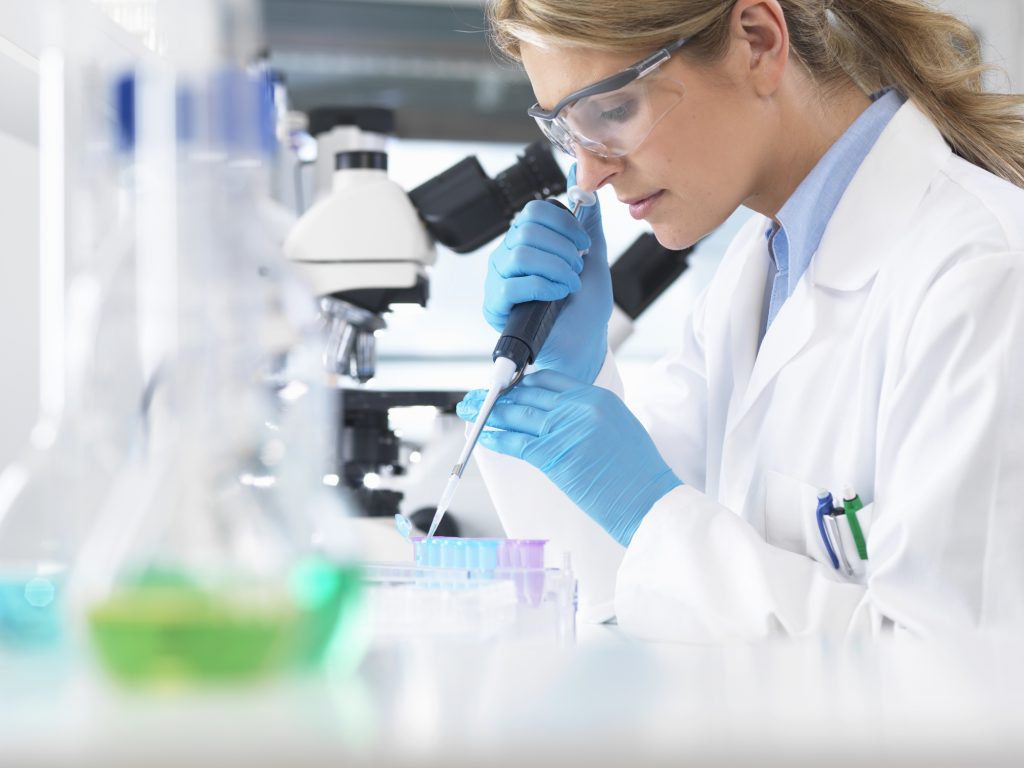 Bladder cancer is commonly diagnosed via invasive testing, but now scientists have found a way to detect it in urine. Image credit: Getty Images.

What is it? Researchers at the International Agency for Research on Cancer (IARC), part of the World Health Organization, used a simple urine test to detect a genetic mutation linked with bladder cancer — up to 10 years before clinical diagnosis (PDF).

Why does it matter? As IARC notes, none of today’s urine tests are recommended by urological societies as a means of detecting cancer, given a scarcity of evidence that they work. Diagnosis of bladder cancer typically relies on more invasive procedures such as cystoscopy. Florence Le Calvez-Kelm, principal investigator on the new study, said, “This test could significantly improve and simplify the way in which bladder cancer is detected.”

How does it work? The genetic mutations studied by the IARC scientists relate to the telomerase reverse transcriptase gene, or TERT. Last year IARC scientists demonstrated that a urine test could detect bladder cancer at the same time it was diagnosed separately in the clinic; this latest study tracked medical records over a decade, seeing if biomarkers showed up in the urine far in advance of diagnosis. It turns out they did: Per IARC, “TERT promoter mutations could be detected up to 10 years before clinical diagnosis in 46.7% of the asymptomatic individuals who later developed bladder cancer and in none of the matched controls.” The study is in EBioMedicine. 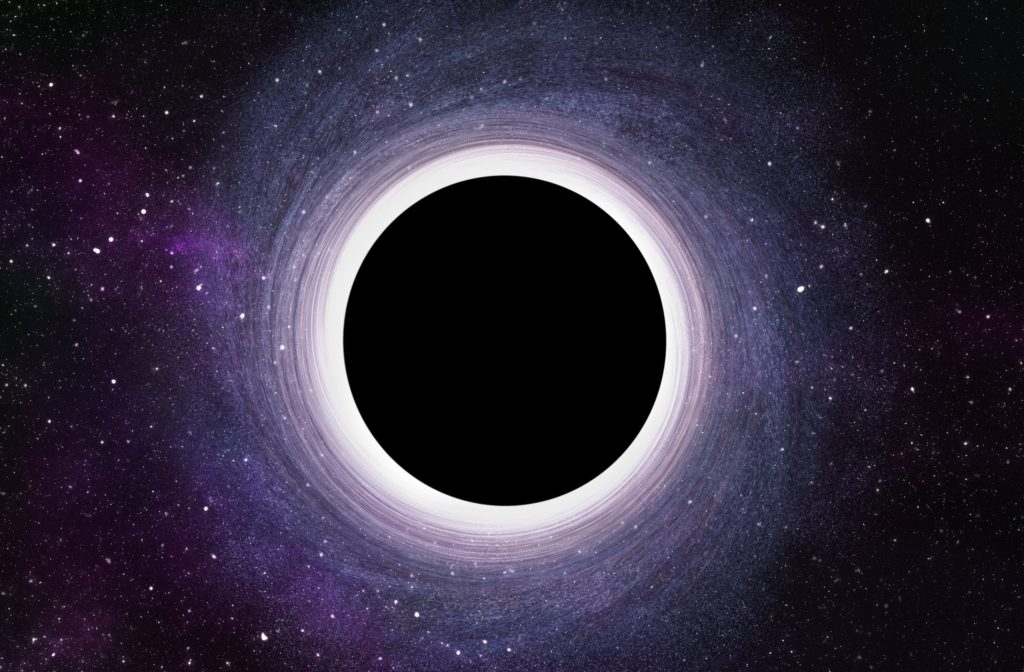 An explosion originating in a black hole some 390 million light-years away was so energetic that it ripped a cavity into the surrounding superhot gas. Image credit: Getty Images.

What is it? Some 390 million light-years away in the Ophiuchus galaxy cluster, astronomers discovered the “biggest explosion seen in the universe since the big bang,” according to the International Centre for Radio Astronomy Research. It released five times more energy than the largest explosion observed previously.

Why does it matter? Originating in a supermassive black hole, the explosion was so huge that it tore a hole in the superhot gas, called the cluster plasma, surrounding it. The Naval Research Laboratory’s Simona Giacintucci compared the explosion to the volcanic eruption that ripped the top off Mount St. Helens in 1980 — with one key difference: “The difference is that you could fit 15 Milky Way galaxies in a row into the crater this eruption punched into the cluster’s hot gas.” Giacintucci is the lead author of a new paper on the findings in The Astrophysical Journal (PDF).

How does it work? Astronomers were aware of the cavity in the cluster plasma, which they’d observed through X-ray telescope, but didn’t think it was the result of an “energetic outburst” — it was simply too big, they thought. They were able to confirm its  explosive origins through the use of four radio telescopes trained on Ophiuchus. Study co-author Maxim Markevitch, of NASA’s Goddard Space Flight Center, said, “The radio data fit inside the X-rays like a hand in a glove. This is the clincher that tells us an eruption of unprecedented size occurred here.”