Microscopic viruses could be ammunition in the fight against antibiotics resistance, a new technique could solve a shortage of lungs for transplants, and an effective, low-cost method of desalination could make industrial waste less toxic. Things are really looking up in this week’s coolest scientific discoveries.

Turning A Phage On Antibiotic-Resistant Bacteria 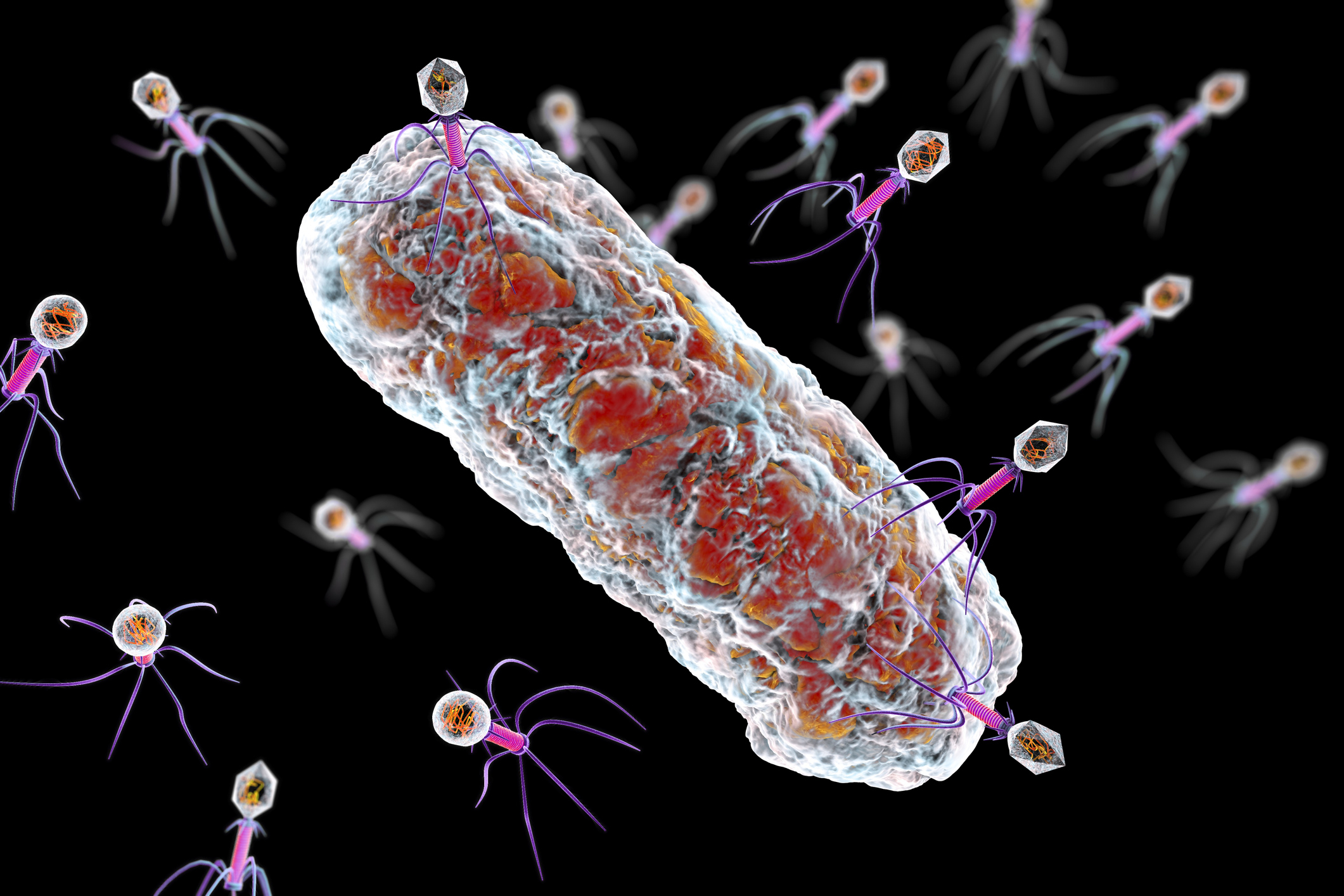 Top and above: A bacteriophage, or phage, is a virus that infects bacteria. It consists of an icosahedral (20-sided) head, which contains the genetic material, a tail and tail fibres, which fix it to a specific receptor site on the bacterium. The tail injects the genetic material into the bacterium, and the cellular machinery of the bacterium is used to produce more copies of the virus. Image and caption credits: Getty Images.


What is it? For the first time, doctors have reported the “safe and effective use of engineered bacteriophages” — viruses that infect and kill bacteria — to treat an antibiotic-resistant infection in a human patient.

Why does it matter? Bacterial infections, including pneumonia and staph, are developing greater resistance to the antibiotics doctors ordinarily use to treat them, a problem the World Health Organization has called “one of the biggest threats to global health, food security, and development today.” While WHO prescribes the more judicious use of antibiotics, scientists are also searching for new ways to treat bacterial infections — that’s what’s drawn them to bacteriophages, or phages for short. Phages are already hard at work maintaining bacterial equilibrium around the world; in fact, they’re such efficient killers that they take out 40 percent of all bacterial cells in the ocean every day. Could they be marshaled against MRSA?

How does it work? As reported in Nature Medicine, engineered phages were used in 2018 to treat an out-of-control infection in a 15-year-old cystic fibrosis patient in London; she had a surgical wound that refused to heal, and infection had spread to her liver. The solution came via a 15,000-vial collection of phages kept by Graham Hatfull, a biology professor at the University of Pittsburgh, who searched his microbial library and tested phages that might be used to target the Mycobacterium strain that infected the patient. A cocktail containing the phages — which had been purified and tested for safety — were administered intravenously; six weeks later a liver scan revealed the infection was gone. “We’re sort of in uncharted territory,” Hatfull said. “We purified the phages, we gave them to the patient, and the patient got better.” 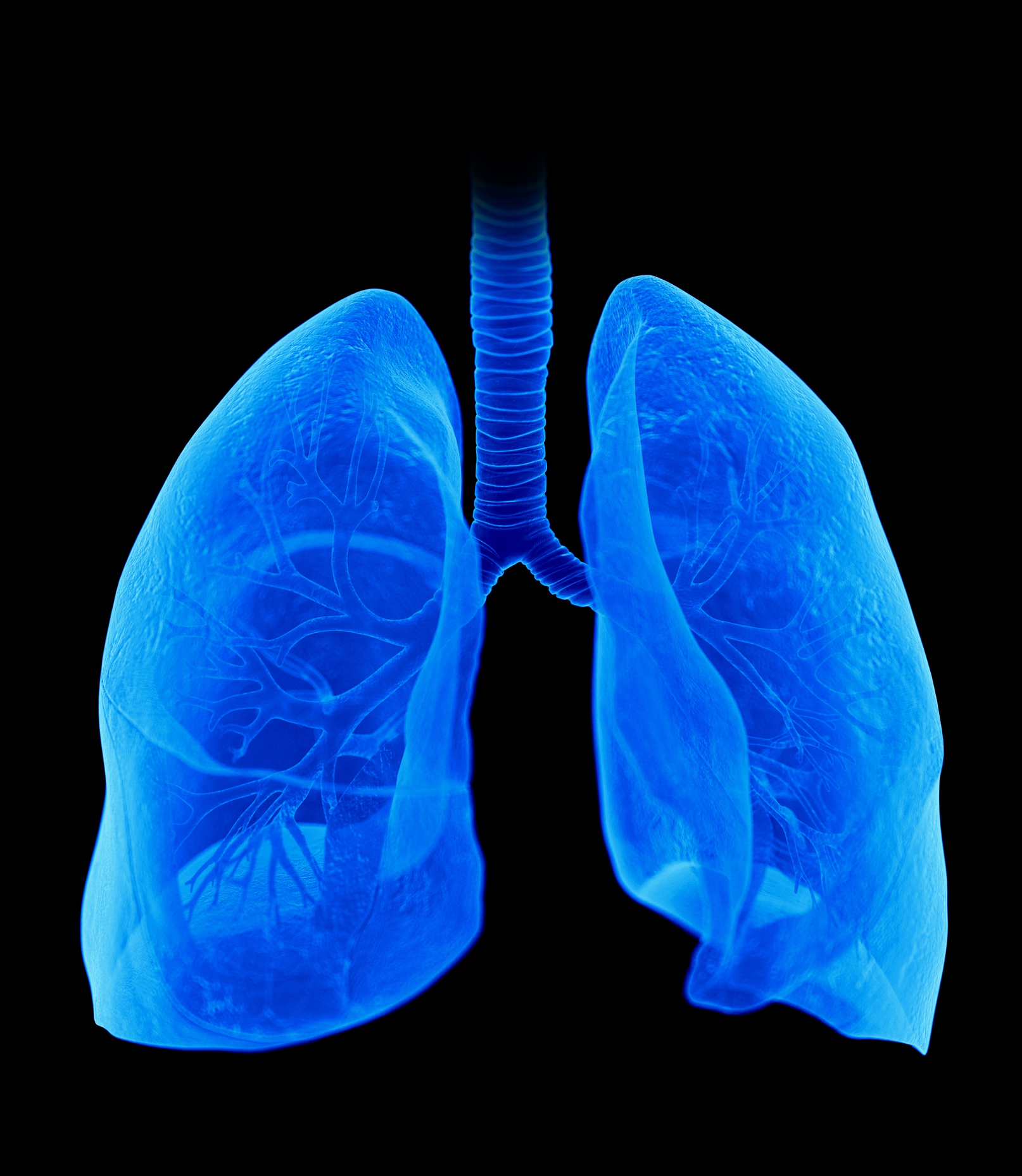 Up to 80% of donor lungs are rejected because of “serious but potentially reversible injuries,” according to the researchers. Image credit: Getty Images.


What is it? The patient struggling with bacterial infection, above, had been in the hospital to receive a double lung transplant — a procedure that’s complicated around the world due to a shortage of donors. Now a team from Columbia Engineering and Vanderbilt University have developed a technique for lung regeneration that might increase the availability of the organs worldwide.

Why does it matter? One factor causing the shortage, Columbia reports, is that up to 80% of donor lungs are rejected because of “serious but potentially reversible injuries.” The researchers developed a model whereby “severely damaged lungs can be regenerated to meet transplantation criteria.” They published their results in Nature Communications.

How does it work? In effect, the team developed a “cross-circulation platform” that supports the viability of the lung outside the body for up to 36 hours — enough time for doctors to regenerate injured organs prior to transplantation. They conducted their study on lungs with one specific, common injury: gastric aspiration, damage to the pulmonary epithelium caused by gastric material in the respiratory tract. According to Columbia, “This new study suggests that lungs injured by gastric aspiration can be maintained outside the body for several days, are amenable to repeated therapeutic interventions, and display evidence of cellular regeneration and improved function. Lungs regenerated on this platform met all criteria for transplantation.”


What is it? At Columbia University, engineers have come up with a way to remove the salt from “hypersaline brines” — environmentally harmful, hypersalty waters that are byproducts of some industrial processes, oil and gas production, and so on.

Why does it matter? Disposed of badly, hypersaline brines can pollute both land and freshwater, Columbia reports: “But if there were a simple, inexpensive way to desalinate the brines, vast quantities of water would be available for all kinds of uses, from agriculture to industrial applications, and possibly even for human consumption.”

How does it work? Under the direction of earth and environmental engineering professor Ngai Yin Yip, the team figured out a way to remove salt from water with temperature swing solvent extraction, or TSSE, which can desalinate water up to seven times saltier than seawater — meaning it’s got more range than reverse osmosis, the current desalination state of the art. And unlike reverse osmosis, it doesn’t require a lot of energy — and therefore a lot of expense — to complete the task. The technique is described further in Environmental Science & Technology Letters. 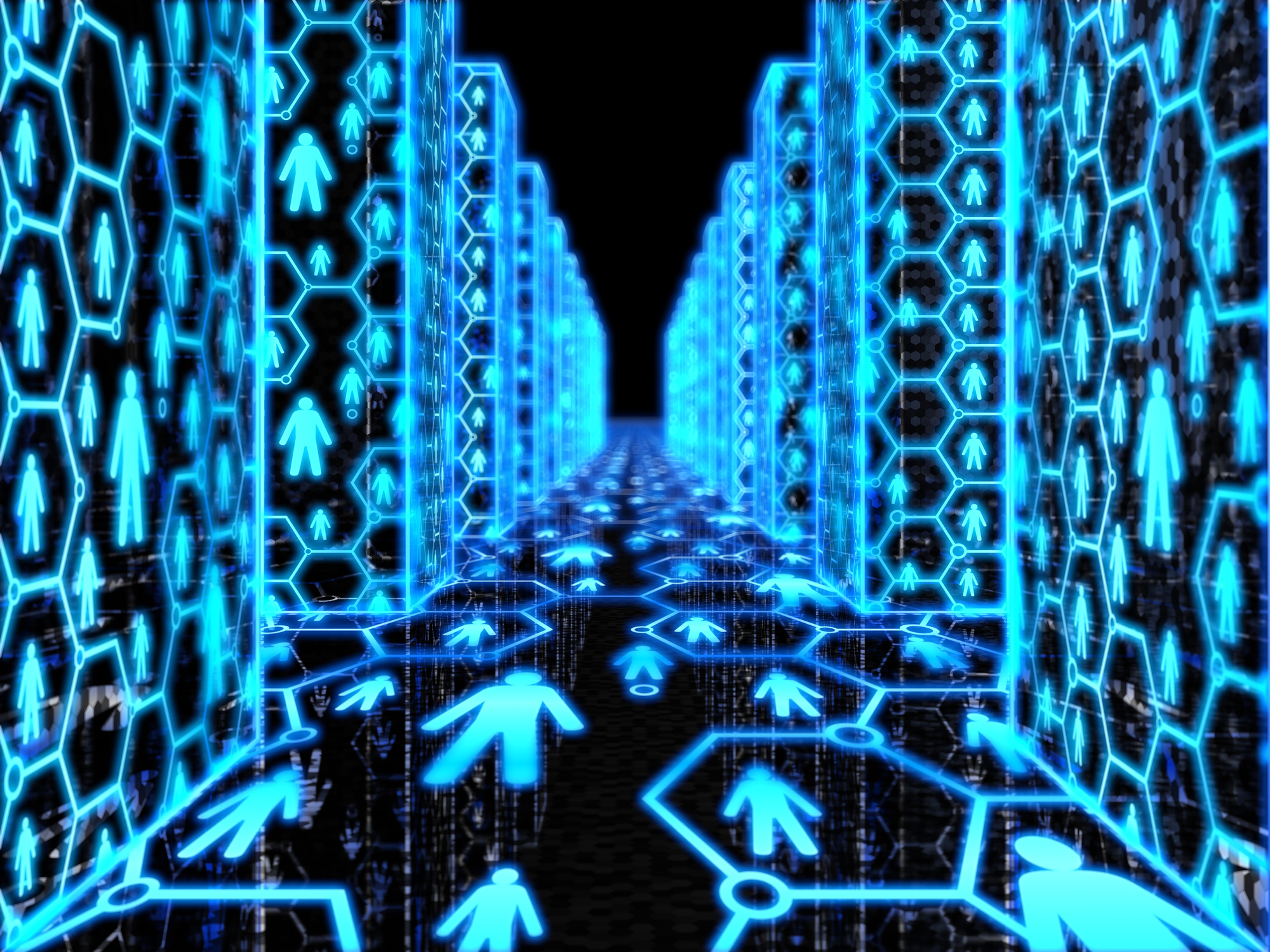 
What is it? The University of Chicago created a research-funding program specifically designed to support “risky” research ventures with the potential for failure. It’s called BIG: the Big Ideas Generator.

Why does it matter? The program is premised on the idea that “the current funding climate can make it difficult to take risks with untested ideas,” according to BIG’s website; it’s also built on the idea that research programs shouldn’t need to “succeed” in order to convey important lessons. Funding guidelines that consider only risk and traditional markers of success can be limiting in the short term — particularly for outside-the-box researchers who don’t get the support they need — but also in the long term. A study in PNAS, for instance, showed that risk-averse experiments “slow scientific advance, especially in mature fields, where more risk and less redundant experimentation would accelerate discovery.”

How does it work? BIG launched in 2014 with a three-year pilot program that ended up funding 55 projects, some of which went on to receive federal funding once they’d demonstrated initial results. BIG researchers are doing things like studying the genetic makeup of microbes in the wild (rather than in the lab) and examining the effects of electrical stimulation on emotional memory. The program offers more than just money — its staffers also provide strategic support to researchers developing their plans. “The follow-up is key,” said program architect Elena Zinchenko said. “The BIG program is a very good mixture of idealism and pragmatism. It restores the main reason why people do research: because they want to explore new frontiers.” 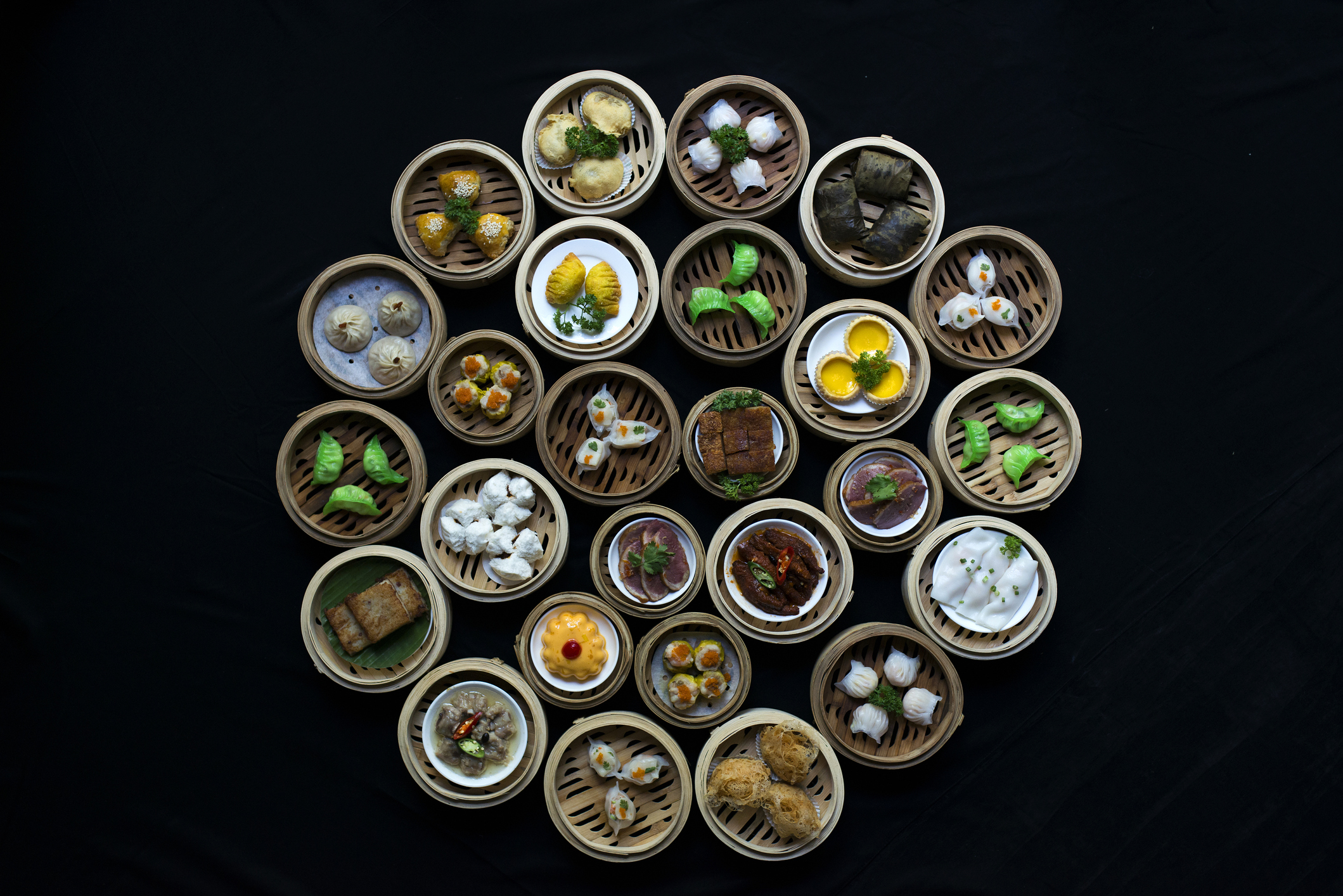 Taste-testing robots can “automatically adjust the pace and other conditions of production to ensure all the food has the same color, smell and taste," according to the South China Morning Post. Image credit: Getty Images.


What is it? Food manufacturers in China are using taste-testing robots, powered by artificial intelligence, to verify the quality of their products.

Why does it matter? The proof is in the congee: A new report from the China National Light Industry Council said that more than 10 manufacturers of traditional Chinese foods, including cured pork belly and black rice vinegar, were reporting higher profits after employing the bots as taste testers over a three-year period. The findings pave the way for the “mass application” of the technology.

How does it work? The machines work on the production line just like Lucille and Ethel, they’re a little better at their jobs. According to the South China Morning Post, they’re “equipped with electrical and optical sensors to simulate human eyes, noses and tongues, with a ‘brain’ running a neural network algorithm, which looks for patterns in data.” They can “automatically adjust the pace and other conditions of production to ensure all the food has the same color, smell and taste.” Still, not everyone welcomes the newest recruits on the assembly line. A representative from a Chinese chefs’ association said, “Chinese food is extremely sophisticated. It is probably the most difficult to standardise in the world.”