Glowing biobots, drones that build like worker bees, and the ultimate ant census. This week’s coolest things embrace science at the small scale.

What is it? Scientists at the University of California, San Diego, made a soft robot that glows with the power of bioluminescent organisms.

Why does it matter? Bioluminescent robots could explore dark environments, such as the deep sea, without requiring a power source to provide light.

How does it work? The design was inspired by bioluminescent marine algae, called dinoflagellates, that produce light when disturbed by the sea’s motion, creating ethereal glowing waves. The research team created small, malleable robots out of clear elastomer and filled them with a solution containing dinoflagellates. When the robots are squished, bent, shaken, or lightly pressed, the algae inside illuminate. Because they are photosynthetic, all it takes is sun exposure to “recharge” them for up to a month of usage. The research, published in Nature Communications, “set[s] the stage for a variety of applications, ranging from biological force sensors to electronics-free robotics and much more,” said co-author Michael Latz.

What is it? Imperial College researchers built a fleet of flying, 3D-printing construction drones.

Why does it matter? 3D printing is increasingly used in construction projects. Autonomous flying printers “could help us to construct and repair buildings in difficult-to-reach areas in the future,” said Mirko Kovac, lead author of a study in Nature.

How does it work? Working autonomously off the same blueprint, the drones are divided into two teams. BuilDrones, as they’re called, carry construction material to the site and print it in place while hovering above. ScanDrones monitor the builders’ output and progress in order to direct their next moves. The researchers demonstrated the concept by having their fleet of four drones construct small cylinders out of a cement-polymer hybrid and a rapid-curing foam.

Top image: A California two-spot octopus hunts a shrimp in an experiment, striking with its second arm. Image and video credit: Wardill Lab, University of Minnesota

What is it? University of Minnesota researchers deduced that octopuses favor a particular arm when hunting prey.

Why does it matter? The intelligent, strong, and extremely dexterous animals could provide valuable engineering inspiration. “If we can learn from octopuses, then we can apply that to making an underwater vehicle or soft robot application,” said Trevor Wardill, a biologist and co-author of a new study in Current Biology.

How does it work? Wardill and his team recorded octopuses attacking two types of prey that require different hunting methods: slow-moving crabs and quick-swimming shrimp. Though they used different approaches for catching either snack, the octopuses always led with the same arm. Octopus arms are numbered one through four, from front to back on either side. The second arm (right or left, depending on location of prey) was “unequivocally dominant,” the study determined, and “such arm use for specific actions could reflect subtle evolutionary adaptations.” 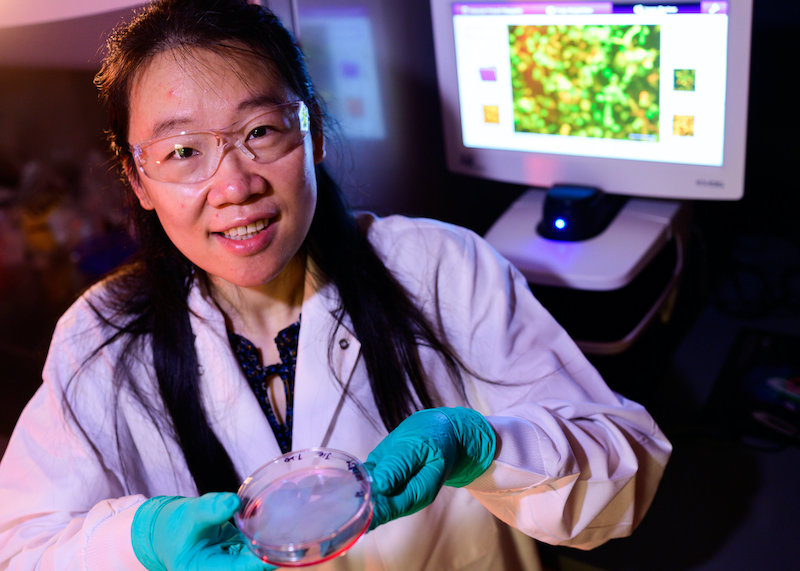 What is it? Scientists in Texas and Connecticut devised a fast and sensitive COVID test based on the CRISPR gene-editing technology.

Why does it matter? The tests use an RNA-hunting protein, which is “more suitable for point-of-care diagnostics in low-resource setting areas when expensive PCR machines are not available,” according to Xue Sherry Gao, of Rice University, who is co-author of a study in Nature Chemical Biology.

How does it work? As part of a bacterium’s natural defense system, the Cas13 protein seeks out foreign RNA. The research team engineered Cas13 with sites that bond specifically to SARS-CoV-2. An off-the-shelf electrochemical sensor detects when the protein has found the coronavirus’s RNA. In the study, the test detected the virus in low concentrations in about half an hour. The team hopes to adapt the technology into cheaper lab tests and more accurate at-home tests, and to develop versions for other diseases such as Ebola and Zika. 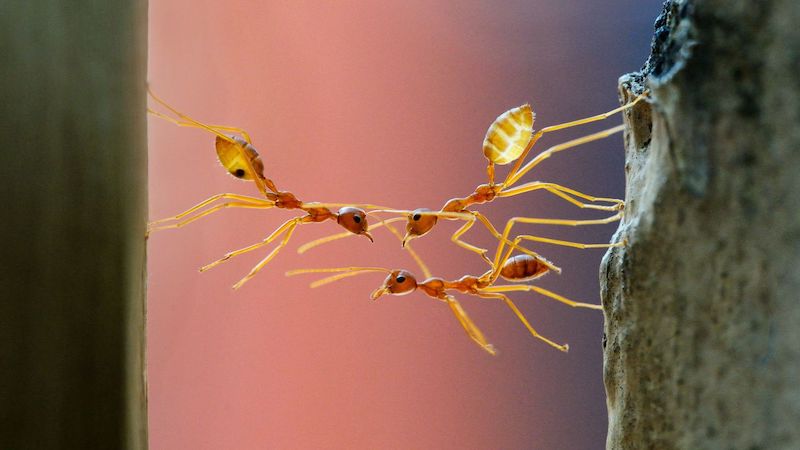 What is it? German scientists estimated the total number of ants on earth to be around 20 quadrillion.

Why does it matter? “Knowledge on the distribution and abundance of organisms is fundamental to understanding their roles within ecosystems,” the researchers wrote in PNAS. “Even for ubiquitous insects, such as ants, which are of tremendous ecological significance, there is currently neither a reliable estimate of their total number on earth nor of their abundance in particular biomes or habitats.”

How does it work? Previous estimates of the ant population ranged widely, based on their assumed proportion of total number of insects. The new number comes from an analysis of 80 years’ worth of population data. Sabine S. Nooten, an insect ecologist at the University of Würzburg, and her collaborators gathered 465 studies assessing ant populations at more than 1,300 locations across every continent. According to their estimate, there are 2.5 million times more ants than humans on earth, accounting for more biomass than all birds and mammals combined.