Insulin in a pill, products from exhaust and a virus-killing plastic. This week’s coolest things change the shape of things to come. 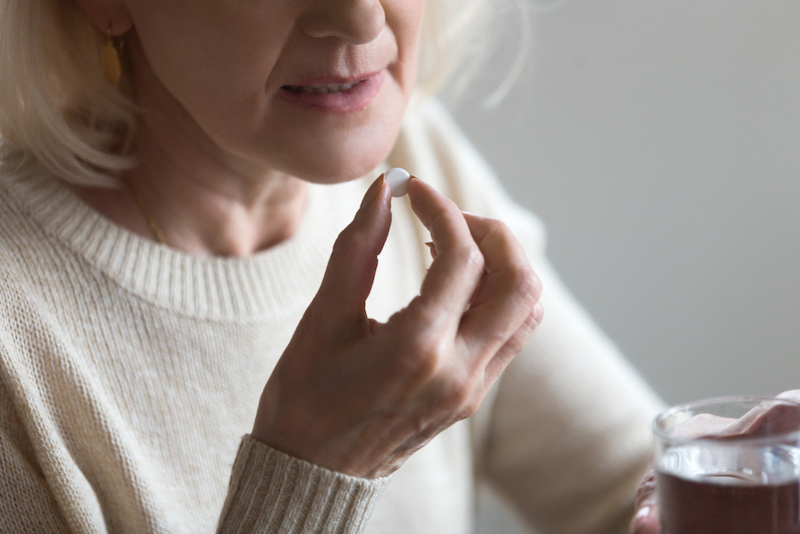 What is it? Canadian researchers are closing in on an oral insulin tablet to replace injections for people with diabetes.

Why does it matter? Oral insulin could make the medication more affordable, less uncomfortable, and easier to transport and store. What’s more, it would cut down on the waste produced by disposable syringes.

How does it work? Previous versions developed by Anubhav Pratap-Singh, principal investigator of the project at the University of British Columbia, and his team have been slower-acting than injectables and require much higher doses because so much gets wasted in the stomach. In rodent trials published in Scientific Reports, a new tablet designed to dissolve in the mouth was absorbed fully by the liver, with no medicine languishing in the stomach. “We are on the right track in developing an insulin formulation that will no longer need to be injected before every meal, improving the quality of life, as well as mental health, of more than nine million Type 1 diabetics around the world,” Pratap-Singh said.

What is it? Scientists at Queens University Belfast created a thin film that destroys viruses on contact.

Why does it matter? Hospitals use plastic covers to protect surfaces from collecting dangerous pathogens. “This film could replace many of the disposable plastic films used in the healthcare industry as it has the added value of being self-sterilizing at no real extra cost,” said Andrew Mills, corresponding author of a study in the Journal of Photochemistry and Photobiology.

How does it work? Made from tough low-density polyethylene, the thin, flexible film incorporates titanium dioxide (TiO2), a cheap, nontoxic photocatalyst. When exposed to light — even the standard white fluorescents of an exam room — the TiO2 produces free radicals and hydrogen peroxide that damage the lipid membrane and genetic material of viruses that come into contact. In tests, it killed flu viruses, the SARS-CoV-2 virus that causes COVID-19, and others. The material could be used to make self-sanitizing gowns, curtains, and tablecloths. 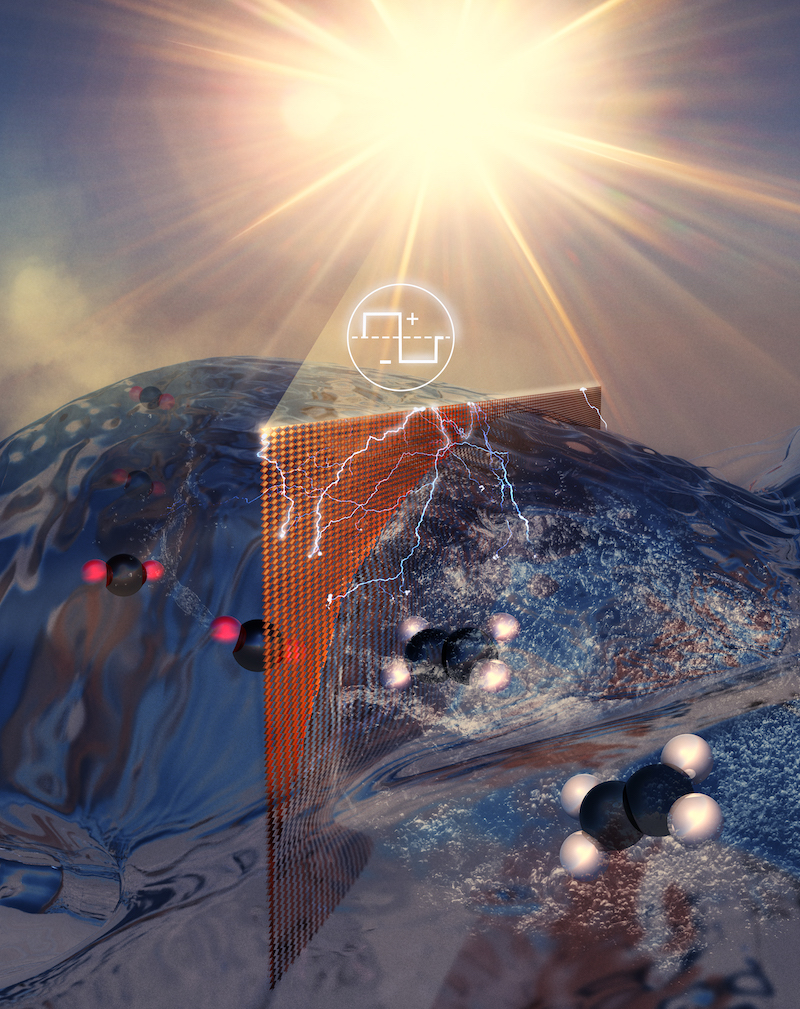 What is it? University of Illinois Chicago researchers devised a net-carbon-negative process for turning CO2 emissions into a valuable industrial chemical.

Why does it matter? The chemical ethylene, used in plastics, vinyl, and antifreeze, is the most carbon-intensive to manufacture after ammonia and cement. The typical process generates about 1.5 metric tons of carbon emissions for every ton of ethylene. The new approach, described in Cell Reports Physical Science, is “a net negative,” according to lead researcher Meenesh Singh. “For every 1 ton of ethylene produced, you’re taking 6 tons of CO2 from point sources that otherwise would be released to the atmosphere.”

How does it work? Earlier methods resulted in limited benefit and required high energy to separate out the product. The Chicago team put captured CO2 in a cell, separated by a membrane from a water-based solution. When electrified, hydrogen atoms from the water were drawn across the membrane barrier, where they combined with carbon atoms from the captured gas, resulting in nearly 100% conversion of carbon dioxide to ethylene and other carbon-based fuels.

As Jupiter Goes, So Goes Earth 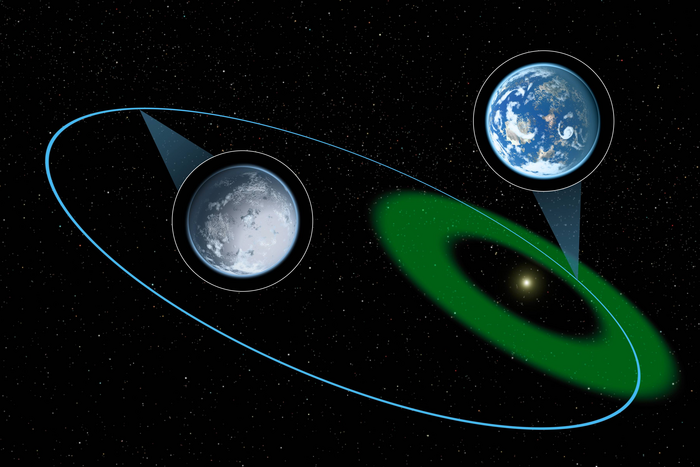 What is it? University of California, Riverside, astronomers hypothesized that a tweak to Jupiter’s orbit caused by gravitational pulls or other factors could make more of Earth habitable for life.

Why does it matter? The study could help in the search for habitable planets around other stars. “It’s important to understand the impact that Jupiter has had on Earth’s climate through time, how its effect on our orbit has changed us in the past, and how it might change us once again in the future,” said Stephen Kane, co-author of a study in Astronomical Journal.

How does it work? According to the UCR researcher’s theoretical model, if the giant planet’s orbit were to change, it could make Earth’s orbit around the sun more oval. That would result in parts of Earth that are currently subfreezing moving closer to the sun for part of the year, making them warm enough to sustain life. 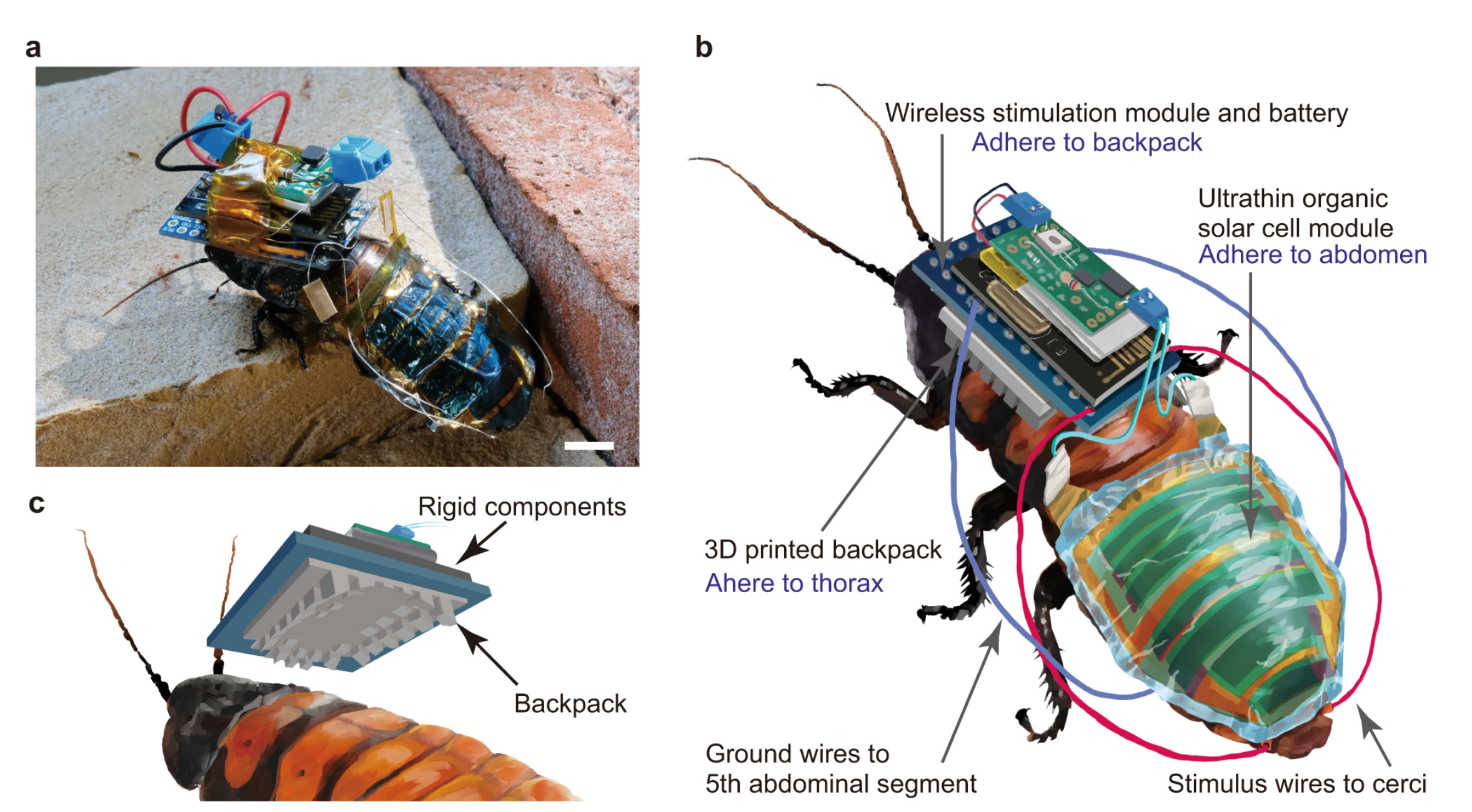 What is it? An international team of scientists at Japan’s RIKEN Cluster for Pioneering Research designed a solar-powered backpack for controlling cyborg cockroaches — part insect, part machine.

Why does it matter? Researchers have been trying to design remote-controlled bionic roaches to inspect hazardous areas or monitor the environment. But keeping their control mechanisms powered for long periods is a challenge.

How does it work? The researchers focused on keeping the elements as thin and light as possible, so as not to weigh down the cockroaches, while also allowing for natural movement. They designed a 3D-printed pack to hold the leg-control mechanism to the thorax (or upper back). They then designed an ultrathin, flexible solar film and glued it to the abdomen (lower, toward the tail). Observing that the abdomen changes shape as the insects walk, they glued only sections of the film, which allowed it to stick while also bending with the insects’ swagger. “Since abdominal deformation is not unique to cockroaches, our strategy can be adapted to other insects like beetles, or perhaps even flying insects like cicadas in the future,” said Kenjiro Fukuda, an author on a paper in npj Flexible Electronics.