The sound of a black hole, making oxygen on Mars, and a missing piece of an evolutionary puzzle. This week’s coolest things fill in empty spaces. 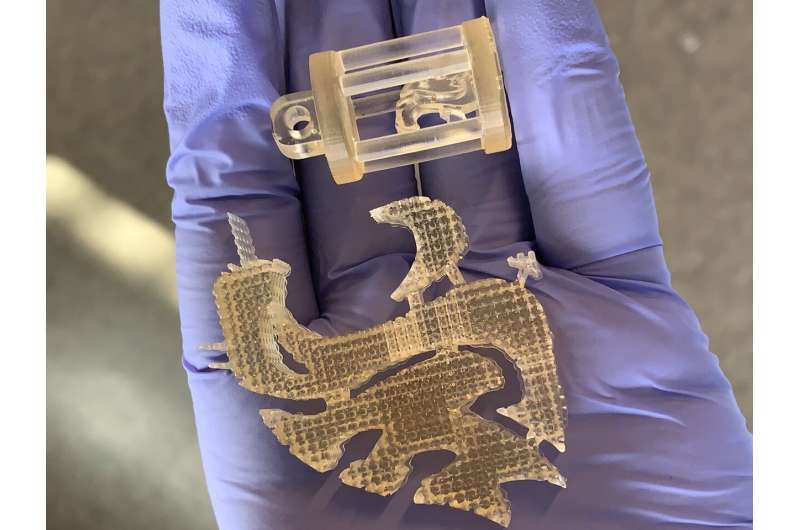 What is it? Washington State University researchers came up with a cheap, simple way to turn hard-to-recycle plastics into 3D printer “ink.”

Why does it matter? Around 300,000 tons of polylactic acid (PLA) are used each year to make plastic utensils and food packaging. Though technically biodegradable, the bio-based plastic PLA can last for a year in water and 100 years in a landfill. And it’s not a valuable recyclable. The new method, published in Green Chemistry, gives the increasingly popular plastic a second life. “We want to make sure that when we do start producing PLA on the million-tons scale, we will know how to deal with it,” said Yu-Chung Chang, one of the authors.

How does it work? The researchers used an inexpensive chemical called aminoethanol to break down the plastic into monomers — the building blocks of polymers. They employed those to create a common resin used for 3D printing. The entire process was done at mild temperatures in just 48 hours. The team hopes to apply the method to PET, a popular plastic and a major source of pollution.

A Viral Track That’s Out of This World

What is it? NASA exoplanetary scientists tweeted out the eerie sound of a black hole.

Why does it matter? There is a misconception that there’s no sound in space. Really, it’s that much of space is a vacuum, so there’s no medium for sound to travel through. But a cluster of galaxies near a black hole “has so much gas that we’ve picked up actual sound,” the agency tweeted. And, boy, is it spooky.

How does it work? NASA’s Chandra X-ray Observatory detected sound emanating from the black hole at the center of the Perseus galaxy cluster back in 2003. Pressure from the black hole rippled through the buildup of gases in waves that could be translated into notes — albeit ones well below the range of human hearing. A new analysis, which was released in May but went viral when it was shared in August, translated the observatory data into sounds and scaled up their frequencies 200 quadrillion times so we can hear them. Many replies say it sounds like a chant of “Om.” 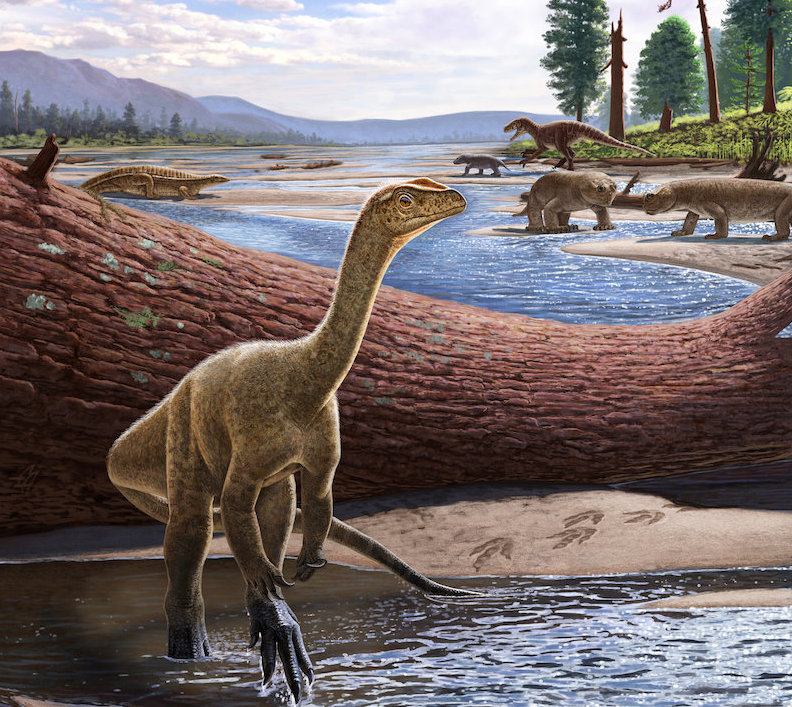 What is it? An international team of paleontologists discovered the oldest dinosaur skeleton ever found in Africa.

Why does it matter? Previously, dinosaurs dating back 230 million years, to the late Triassic, have been found only in South America and India. This find closes a gap in science’s understanding of the distribution of the earliest dinosaurs on earth. “The early evolution of dinosaurs is still being written with each new find,” said Sterling Nesbitt, Virginia Tech associate professor and an author on a new study in Nature.

How does it work? The researchers named the dinosaur Mbiresaurus raathi, which nods to the region in northern Zimbabwe where it was discovered. The nearly complete skeleton — missing only portions of the skull and one hand — suggests a two-legged, 6-foot-long dinosaur with a long tail that ate plants and maybe animals. 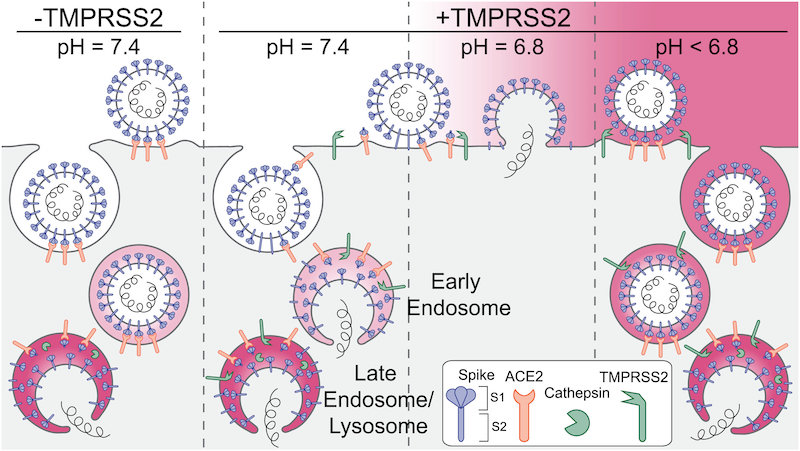 What is it? Harvard scientists captured unprecedented video of a virus invading a cell.

Why does it matter? As researchers come to understand the mechanisms by which viruses enter and infect cells, they can better develop protections and interventions. This study, published in PNAS, identified a critical element of the conditions required for infection.

How does it work? The research team engineered a virus to display SARS-CoV-2’s signature spike protein, which helps it enter and infect cells, and added a fluorescent label. Then they exposed cells to the virus and recorded the various stages of the process using lattice light sheet microscopy, an advanced 3D imaging system that illuminates thin sheets of biological tissue one layer at a time. The video shows the virus being engulfed at the cell surface and four minutes of post-infection activity. One crucial finding: Uptake requires an environmental pH between 6.2 and 6.8 — just what you find inside the nose, where COVID-19 infection often begins. “Amusingly enough, measuring the pH of the nostril cavity has rarely been done before,” said co–senior author Tomas Kirchhausen. 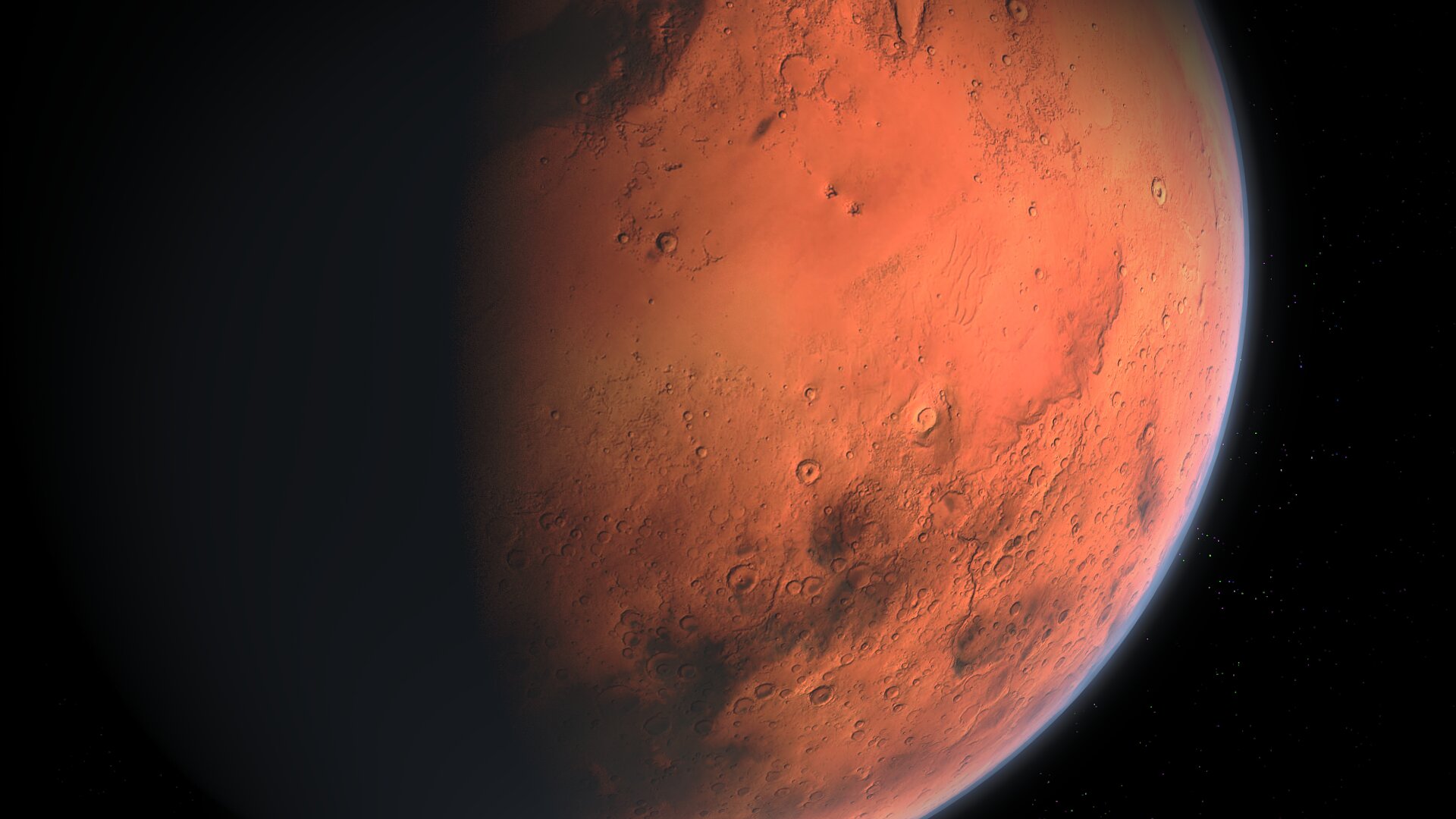 What is it? An MIT-led experiment on Mars shows that it’s feasible to make oxygen for astronauts to breathe on a future mission to the Red Planet.

Why does it matter? Astronauts will have to carry tons of supplies and equipment nearly 100 million miles for an eventual mission to Mars. “But dumb old oxygen?” said MIT professor Jeffrey Hoffman. Making it on-site would be more efficient and provide a longer supply. “This is the first demonstration of actually using resources on the surface of another planetary body, and transforming them chemically into something that would be useful for a human mission,” Hoffman said.

How does it work? The lunchbox-size device has been turned on seven times under variable conditions since February 2021, when it landed on the Martian surface as part of the Mars Oxygen In-Situ Resource Utilization Experiment, or MOXIE. The instrument takes in CO2 from the atmosphere and splits it into carbon monoxide and oxygen ions, which it reconstitutes into O2 that could be used for breathing or to ignite a return rocket home. As demonstrated in a new study in Science Advances, MOXIE was able to make oxygen in Mars’s hot and cold seasons, at night and in the daytime, and when CO2 concentrations are high and low.