Energy from humidity, heading off forever chemicals, and doppelganger DNA. This week’s coolest things border on the uncanny.

What is it? Scientists at the National University of Singapore created a thin fabric device that creates an electrical charge from moisture in the air.

Why does it matter? The technology could be used to fabricate replacements for ecologically damaging batteries — potentially powering electronics and wearable tech by simply harnessing humidity. The results were published in Advanced Materials.

How does it work? The researchers soaked a fabric made of wood pulp and polyester in carbon ink, then applied a gel derived from sea salt to one side. The fabric absorbs water from the air and the side with the hydrogel draws it away from the untreated side. The water splits the salt ions, which are attracted to the carbon. That creates an asymmetry across the device, which maintains an electric field, generating an electric charge. “Sea salt was chosen as the water-absorbing compound due to its non-toxic properties and its potential to provide a sustainable option for desalination plants to dispose of the generated sea salt and brine,” explained research head Tan Swee Ching. Three small strips of fabric produced as much electricity as an AA battery — enough to run a small alarm clock.

What is it? Crop scientists at the University of Illinois Urbana-Champaign genetically engineered soybeans to photosynthesize more efficiently.

Why does it matter? Boosting the efficiency of crop plants is cited as a potential answer to the looming food needs of a growing global population. Past experiments with tobacco plants showed it’s possible to goose photosynthesis; the current study, in Science, tested whether that could result in higher crop yields.

How does it work? Plants have a natural off switch of sorts that shuts down photosynthesis when there’s more light than they can use to produce energy (the excess can be damaging). When they switch back on, however, there’s a lag. The scientists bioengineered a change that accelerated the transition. In field trials where light fluctuated, seed yield increased up to 33%. “Our research shows an effective way to contribute to food security for the people who need it most while avoiding more land being put into production,” said lead author Amanda De Souza. Future tests will look at the technique on staple foods like rice and cowpeas.

Breaking Down the Teflon Chemical

What is it? Northwestern University researchers found a simple way to break down dangerous “forever chemicals,” or PFAS.

Why does it matter? PFAS are found in many products, including Teflon coating and cosmetics. They last forever in the environment and have been connected to cancer, birth defects, and reproductive issues. “Even just a tiny, tiny amount of PFAS causes negative health effects, and it does not break down,” said William Dichtel, co-first author of a study in Science. “We can’t just wait out this problem.”

How does it work? PFAS contains a long tail of extremely strong carbon-fluorine bonds and a charged head that often includes oxygen atoms. The team heated a common type of PFAS in a mixture of solutions that “decapitated” the head group. Unstable, the remaining tail started shedding fluorine atoms that formed fluoride, the safest form of fluorine, according to Dichtel. The process worked on 10 major PFAS chemicals. There are more than 12,000.

Zooming In on Nanoparticles

What is it? University of Michigan engineers wrote open-source software that translates images from a microscope into 3D computer models in minutes.

Why does it matter? Chipmakers, biologists, and materials scientists could use the algorithm to gain a detailed view of nanoparticles with unprecedented speed. “When you’re working in an invisible world like nanomaterials, you never really know what you’re going to find until you start seeing it,” said Robert Hovden, corresponding author on a paper in Nature Communications. With the tomviz tool, he said, “you can start interpreting and doing science before you’re even done with an experiment.”

How does it work? The software can be used as an interface between any electron microscope and laptop computer. It pulls data directly from the microscope and feeds it to the computer, where it is rendered into a 3D visualization. A shadowy, but useful render takes a few minutes; a detailed 3D model can be spun, manipulated, and analyzed in a half-hour. In the last version of the software, which thousands of scientists used, the process could take a week. 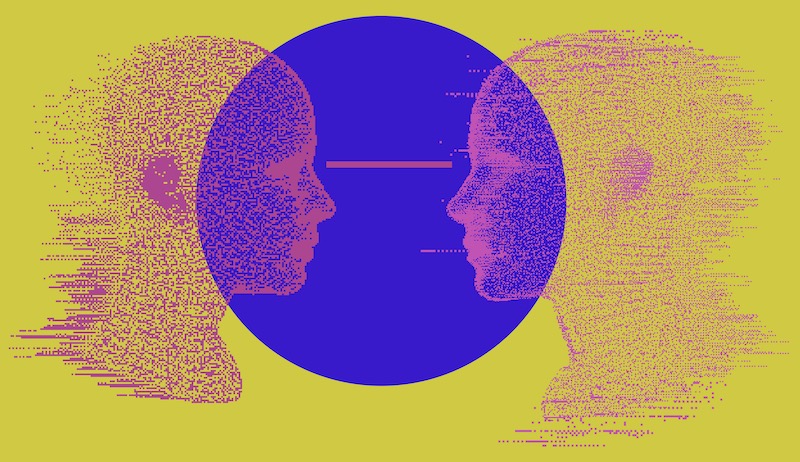 What is it? Spanish researchers found that people who look eerily alike but aren’t related share common DNA.

Why does it matter? The study implicates the long-standing issue of nature vs. nurture, providing a rare insight “into human likeness by showing that people with extreme look-alike faces share common genotypes,” while differing in other human properties that are inherited during our lifetimes, according to the study from the Josep Carreras Leukaemia Research Institute in Barcelona.

How does it work? Lead researcher Manel Esteller seized on the work of an artist who photographed doppelgangers — people who are not related but look very similar. He recruited a couple dozen pairs from the photo project and tested their similarities with facial recognition software. Sixteen pairs were rated as similar as identical twins, and DNA testing showed they shared more genes than the other lookalikes. The differences between them, meanwhile, seemed to be driven by their lifestyles and microbiomes, which differed significantly. The results were published in Cell Reports.