Seeing space in a new light, artificial hearts that wring when they beat, and finding a fresh angle on graphene. This week’s coolest things add a twist to what we thought we could do.

Look Back In Time 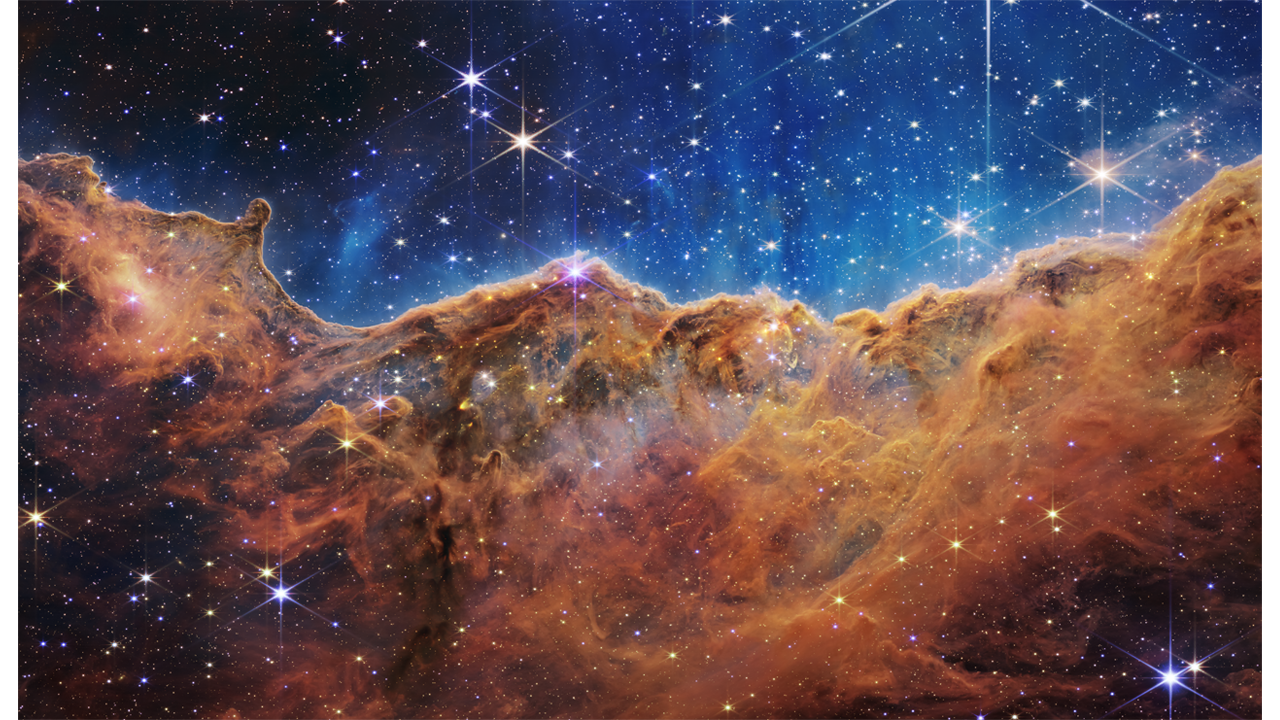 What is it? NASA revealed the first images from the James Webb Space Telescope.

Why does it matter? The largest, most powerful telescope ever launched into space, Webb is able to visualize the oldest, farthest stars and galaxies in the universe, those that formed shortly after the big bang. “The beautiful diversity and incredible detail of the Webb telescope’s images and data will have a profound impact on our understanding of the universe,” said Greg Robinson, Webb program director at NASA headquarters.

How does it work? Webb’s infrared imaging instruments have already spotted the faint light of the oldest stars ever observed —seeing farther than its predecessor, the Hubble Space Telescope, ever could. Its sensitivity to infrared light also has allowed it to see through cosmic dust to reveal previously unseen regions of star birth.

What is it? Harvard bioengineers have figured out how to re-create the twisting muscular structure that gives hearts their pumping power.

Why does it matter? Heart disease is the leading cause of death in the U.S. Hearts can’t repair themselves like other organs do, so scientists are trying to develop ways to make transplantable hearts in the lab — which requires replicating their curious geometries. “This work is a major step forward for organ biofabrication and brings us closer to our ultimate goal of building a human heart for transplant,” said Kit Parker, senior author of a study in the journal Science.

How does it work? The muscles of the main chambers of the heart, or ventricles, are aligned in a helical shape, causing them to squeeze in a twisting motion when pumping blood to the body. Researchers believe it is a secret to their strength. Parker’s lab demonstrated a new method for building a helical scaffold by spinning liquid polymers, not unlike the way a cotton candy machine works. They seeded it with heart cells, which twisted when they contracted like real hearts do. 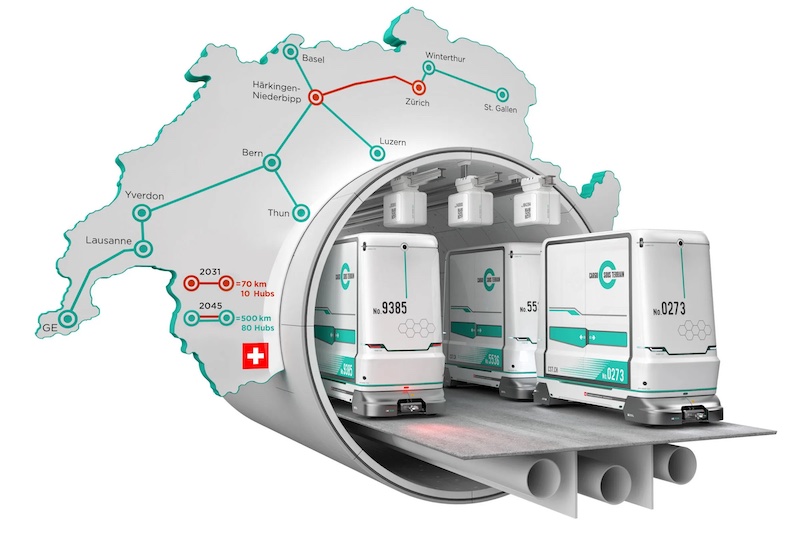 What is it? Engineers in Switzerland are planning a network of subterranean tunnels for driverless cargo transport around the country.

Why does it matter? Swiss roads and rail lines have little room for growth, but the nation, which straddles the Alps, is also an expert at building tunnels. The Cargo Sous Terrain underground network will allow autonomous shipping vehicles to carry cargo between cities around the clock. It could reduce heavy trucking on roads by 40%.

How does it work? The $30 billion-plus project would connect major cities and shipping hubs by way of 500 kilometers (310 miles) of tunnels about 20 feet wide. Customizable cargo containers will carry goods at 30 km per hour (18 mph) along three induction tracks powered by renewable energy, automatically exiting at drop-off points. Meanwhile, smaller overhead tracks will carry small packages scheduled for rapid delivery. The first section, a 70-km (43-mile) line connecting Zurich with a logistics center in Härkingen-Niederbipp, is set to be completed in 2031.

What is it? An international group of researchers developed a way to easily convert environmentally harmful methane gas into a valuable liquid chemical.

Why does it matter? Excess methane — the gas escapes from oil wells, for example — is typically disposed of by flaring, or setting it on fire, which releases carbon dioxide into the atmosphere. Converting it to liquid methanol by adding an oxygen atom yields an easy-to-transport, marketable product, but previous methods required high pressure and temperature that make them energy-intensive and costly.

How does it work? Methanol is useful for making a multitude of products, including solvents, acrylics, synthetic fabrics and adhesives. The research team developed a metal-organic framework (MOF, a type of solid catalyst) that absorbs light and is adept at combining methane and oxygen at ambient temperatures and normal pressure. They saturated water with methane and oxygen and ran it over the porous MOF while exposing it to light. Using energy from the light, the catalyst weakened bonds in the methane molecules, making it easy to insert oxygen. “The process is 100% selective — meaning there is no undesirable by-product,” said Sihai Yang, a professor of chemistry at Manchester and corresponding author of a paper in Nature Materials.

Graphene, With A Twist 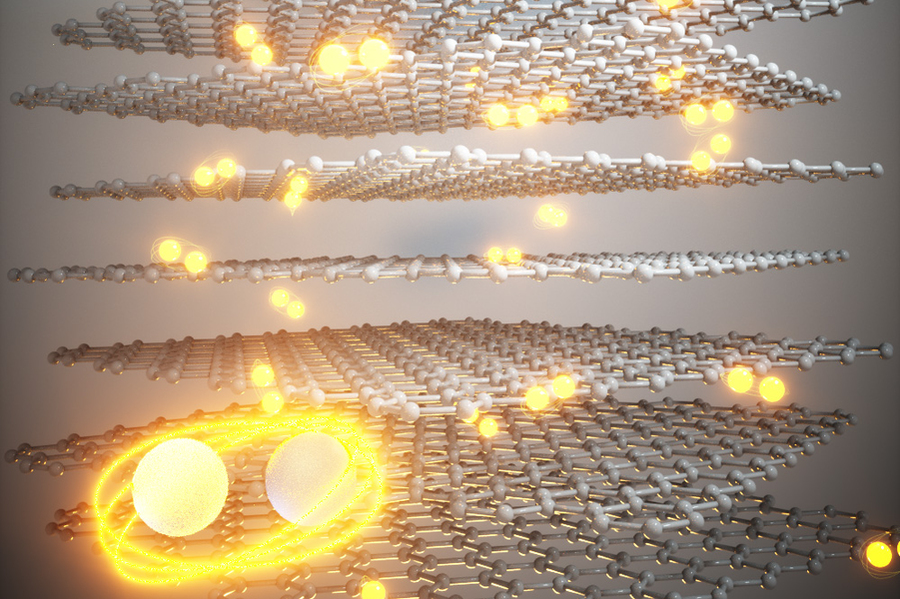 What is it? MIT physicists discovered a way to stack graphene layers to reliably induce superconducting capabilities.

Why does it matter? In 2018, the researchers found that stacking two layers of single-atom-thick graphene creates a superconductor that can transfer electrical current with no energy loss. The new findings show that thicker stacks have similar properties and identifies a “family” of materials that also share those properties. “Having this family is particularly meaningful because it provides a way to design robust superconductors,” said Jeong Min (Jane) Park, lead author of a paper in Nature Materials.

How does it work? It’s all in the “magic angle.” In earlier research, twisting a second graphene layer by precisely 1.1 degrees was necessary for making it superconductive. Further study demonstrated that 1.6 degrees was the magic number for three layers, with the top and bottom layers staying parallel and the middle layer askew. In this latest study, the team proved that the alternating pattern also works when applied to four- and five-layer structures.