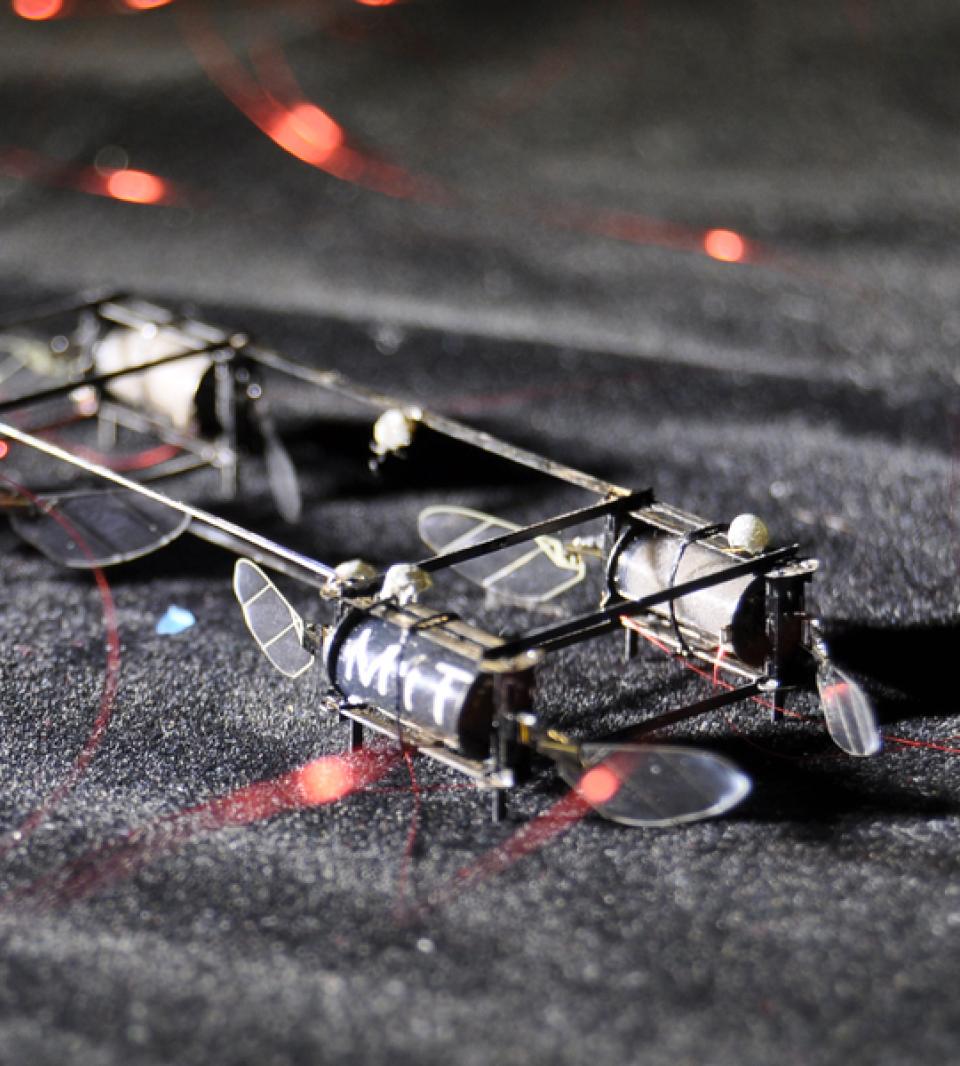 What is it? Inspired by fireflies, MIT scientists devised a tiny aerial robot that lights up when it flies.

Why does it matter? Swarms of miniature flying robots could be useful for search and rescue missions and use light signals to call for help.

How does it work? Inspired by fireflies, which use bioluminescence to communicate, the researchers created soft, translucent actuators that flap the wings of their insect-sized bot. Particles of electroluminescent zinc sulfate that are embedded into the actuators glow green, orange or blue, depending on the chemical combination, when the wings flap. The researchers were able to use iPhone cameras to track the bot's location and position.

What is it? Researchers at the University of Colorado Boulder designed a wind turbine with flexible blades.

Why does it matter? To withstand hurricanes, offshore wind turbines need strong blades that won't break or knock into the turbine tower in a storm. Flexible blades could be one option.

How does it work? Most large-scale turbines have three rigid blades. For their study, presented at the American Control Conference, the team designed two flexible blades on a rotor system that faces away from the wind, so that when gusts occur, the blades can bend with the wind — like palm trees — and away from the tower. “The blades are manufactured to be lightweight and very flexible,” said Mandar Phadnis, the lead study author. “That way, we can reduce the cost of the blades and bring down the cost of energy.” 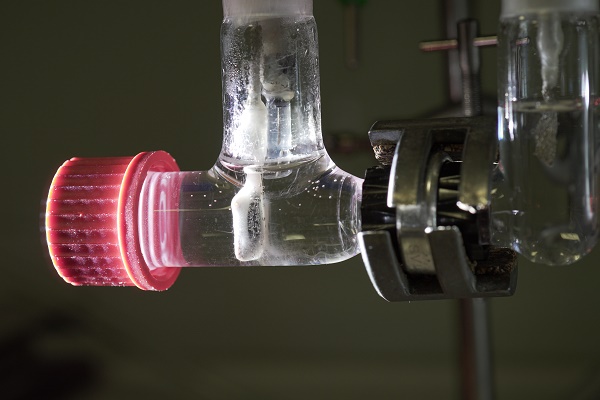 What is it? Scientists at the University of Cambridge and Imperial College London created a device that can generate hydrogen from water using just the power of sunlight.

Why does it matter? So-called photoelectrochemical devices can be used to produce green hydrogen through electrolysis — splitting water into oxygen and hydrogen. But they may degrade within minutes when submerged. “At the moment, few solar fuel systems show stabilities which are compatible to real-world applications,” said Cambridge's Erwin Reisner, a corresponding author on a new study in Nature Materials. "With this work, we make a step forward towards establishing a circular fuel economy."

How does it work? Following their earlier work on the sustainable photoactive material bismuth oxyiodide (BiOI), the researchers created an "artificial leaf" device that produces fuel from light much like plants generate energy through photosynthesis. To make their BiOI device impermeable to water, they sandwiched it between oxide layers and coated it with graphite paste. The final product was able to split water for 240 hours, without any additional energy input.

What is it? Using carbon material from recycled coconut shells and a simple saltwater solution, University of Cambridge researchers made a coin-sized supercapacitor that can suck CO2 from the air.

Why does it matter? Current carbon capture systems rely on large volumes of solvents to absorb the greenhouse gas from the atmosphere and large amounts of energy to release it into storage. Supercapacitors — which store energy by moving electrons between electrodes rather than using chemicals — selectively absorb CO2 from the air, making them a potentially more sustainable, less expensive alternative.

How does it work? Supercapacitors only absorb carbon dioxide while being charged. To improve charging time, the Cambridge team alternated a supercapacitor between positive and negative charges and discovered that doing so doubled how much carbon it absorbed. “Our next questions will involve investigating the precise mechanisms of CO2 capture and improving them. Then it will be a question of scaling up,” said Alexander Forse, who led the research, published in the journal Nanoscale. 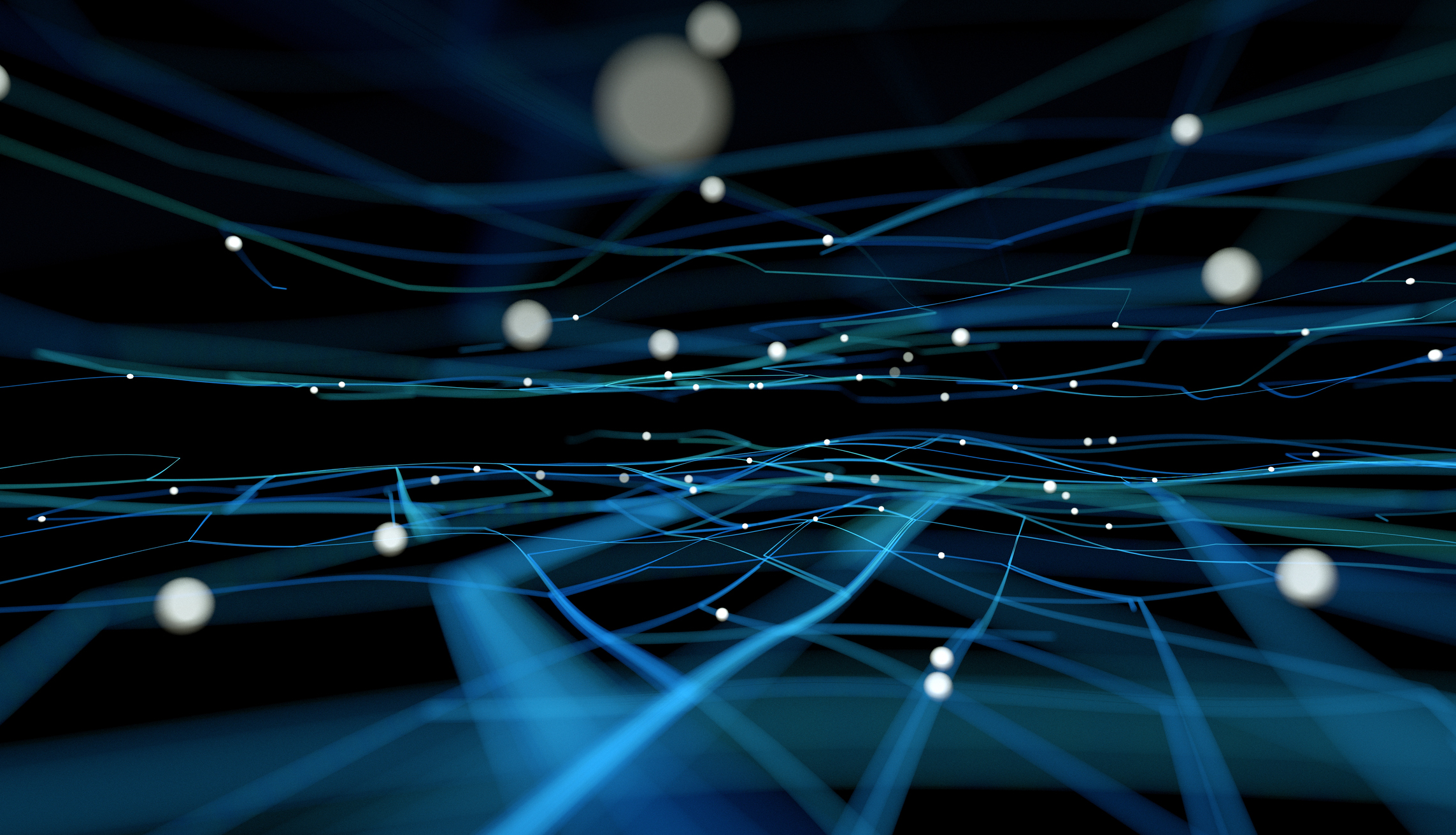 What is it? Scientists in the U.S. and Hong Kong used machine learning to identify speech differences in children with autism.

Why does it matter? The research, published in PLOS One, could help explain the factors that affect speech in people with autism and help diagnose the condition.

How does it work? With collaborators in Hong Kong, researchers at Northwestern University recorded young people with and without autism telling the same story in either English or Cantonese. They used the recordings to train an artificial intelligence program. Children with autism often talk more slowly than typically developing children, and exhibit other differences in pitch, intonation and rhythm. “Using this method, we were able to identify features of speech that can predict the diagnosis of autism,” said Joseph C.Y. Lau, lead author of the study.