Saving solar power for the future, sending sensors on the wind and decoding messages from beyond. This week’s coolest things practically pull innovation out of the ether. 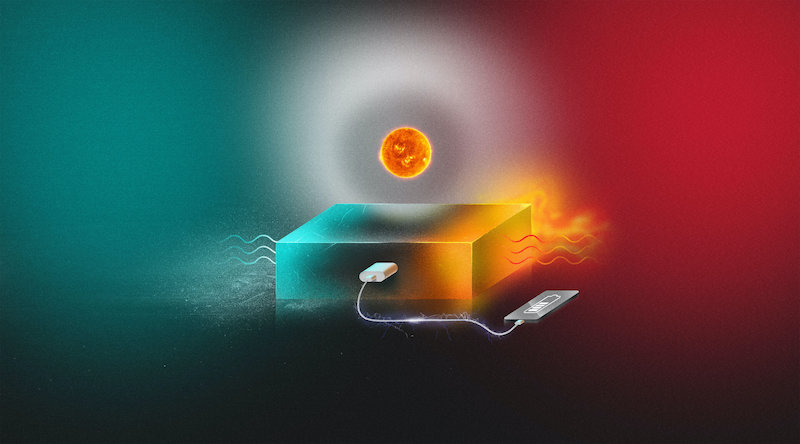 What is it? Swedish and Chinese scientists built a battery that can store solar energy for years.

Why does it matter? Solar energy is the most abundant energy resource, but harvesting and storing vast amounts of it for dark nights and cloudy days is an elusive element of a clean energy transition. The battery promises a “radically new way of generating electricity from solar energy,” said Kasper Moth-Poulsen, a chemical engineering professor at Chalmers University of Technology in Sweden and senior author of a new study in Cell Reports Physical Science.

How does it work? In earlier work, Chalmers researchers designed a molecule made of carbon, hydrogen and nitrogen that changes shape when hit with sunlight. The resulting isomer (a molecule with the same components in a different arrangement) holds energy transferred from the photons and can be stored in liquid form for as many as 18 years. The new study hooks the technology to a micrometer-thin thermoelectric generator developed at Shanghai Jiao Tong University. A catalyst reverts the isomer to its original form, releasing its stored energy as heat. The generator then turns the heat into electricity. The generator could be integrated into electronics such as headphones, smartwatches and telephones, said Chalmers researcher Zhihang Wang. “So far, we have only generated small amounts of electricity, but the new results show that the concept really works.”

The Sensors Are Blowin’ In The Wind

These wireless sensors can be dispersed over large areas of land and travel up to 100 yards by riding a breeze. Top image: The researchers tested 75 designs, some of which are shown here in yellow. Video credit: Paul G. Allen School. Image credit: Mark Stone/University of Washington.

What is it? Engineers at the University of Washington devised tiny environmental sensors that can spread across vast land areas by riding the wind, like dandelion seeds.

Why does it matter? Wireless sensors that measure light, temperature, humidity and other conditions can provide important agricultural and climate data. But manually deploying hundreds of sensors over a large area, such as a farm or forest, is a time-consuming process. These small wireless sensors could be dispersed by drones and travel as far as 100 yards on a moderate breeze.

How does it work? Inspired by the way dandelions disperse their seeds, the researchers designed small, lightweight devices that can be dropped from a height and be carried off by the wind. They look a bit like flattened shuttlecocks and incorporate flexible circuits, off-the-shelf sensors and a trio of tiny solar panels to power them. The devices are designed to fall with the panels facing up, so they can draw power during and after landing. They shut down overnight, then boot back up with the sunrise to wirelessly transmit new data. “Basically you can create a 1,000-device network with this one drop,” said Shyam Gollakota, senior author of a study in Nature.

Reports From The Other Side

What is it? A multidisciplinary team of researchers from across the U.S. and the U.K. described the universal themes that arise in reports of near-death experiences.

Why does it matter? The consensus statement, published in the Annals of the New York Academy of Sciences, is the first peer-reviewed set of standards and guidance on recalled experiences of people who were resuscitated after their hearts stopped beating.

How does it work? Medical science has restored life to millions of people after events that have caused their hearts to stop, such as cardiac arrest. Over time, scientists have learned that brain cells keep firing for hours or even days after being deprived of oxygen. “This is allowing scientists to objectively study the physiological and mental events that occur in relation to death,” said lead author Sam Parnia, director of critical care and resuscitation research at NYU Grossman School of Medicine. Reviewing published reports from people who remember the moments between death and resuscitation, the authors identified several recurring attributes: heightened consciousness, recognition of death and separation from the body; travel to a destination; a meaningful review of life; arriving in a place that feels like “home”; and a return back to life. 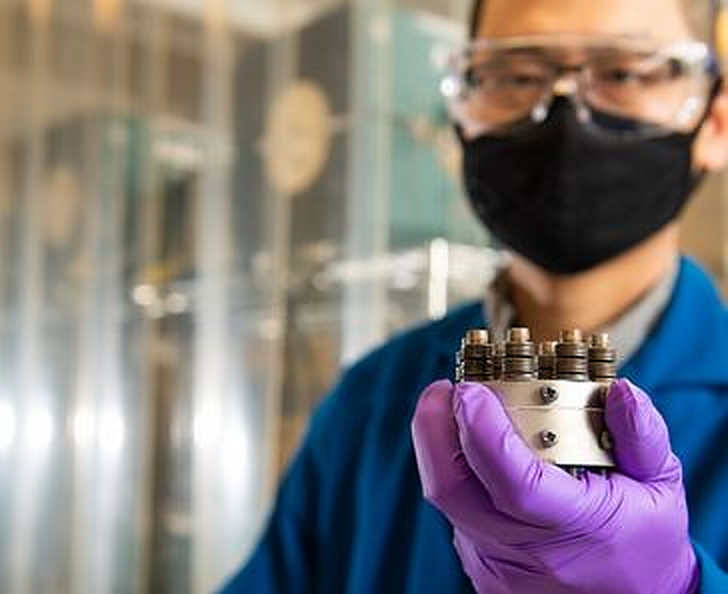 What is it? Scientists at the U.S. Department of Energy’s Pacific Northwest National Laboratory created a prototype “freeze-thaw” battery that could effectively put renewable energy into hibernation.

Why does it matter? Large-scale batteries could hold excess solar power generated during sunny summer months for use during gray winters, but current rechargeable batteries lose 3% to 30% of their charge per month. The proof-of-concept battery technology, described in Cell Reports Physical Science, maintained more than 90% of its charge for three months — the length of a passing season.

How does it work? The battery’s aluminum anode and nickel cathode are submerged in molten salt, which collects energy when heated to its liquid form. Researchers then returned the salt to a solid state (by lowering its temperature), locking energized ions in place. Applied on a utility scale, it could be heated when energy supply dips in the darker months (ideally by a recovered heat source), liquefying the salt, which frees the trapped ions to transport energy and discharge power to the grid. “It’s a lot like growing food in your garden in the spring, putting the extra in a container in your freezer, and then thawing it out for dinner in the winter,” said first author Minyuan Miller Li. 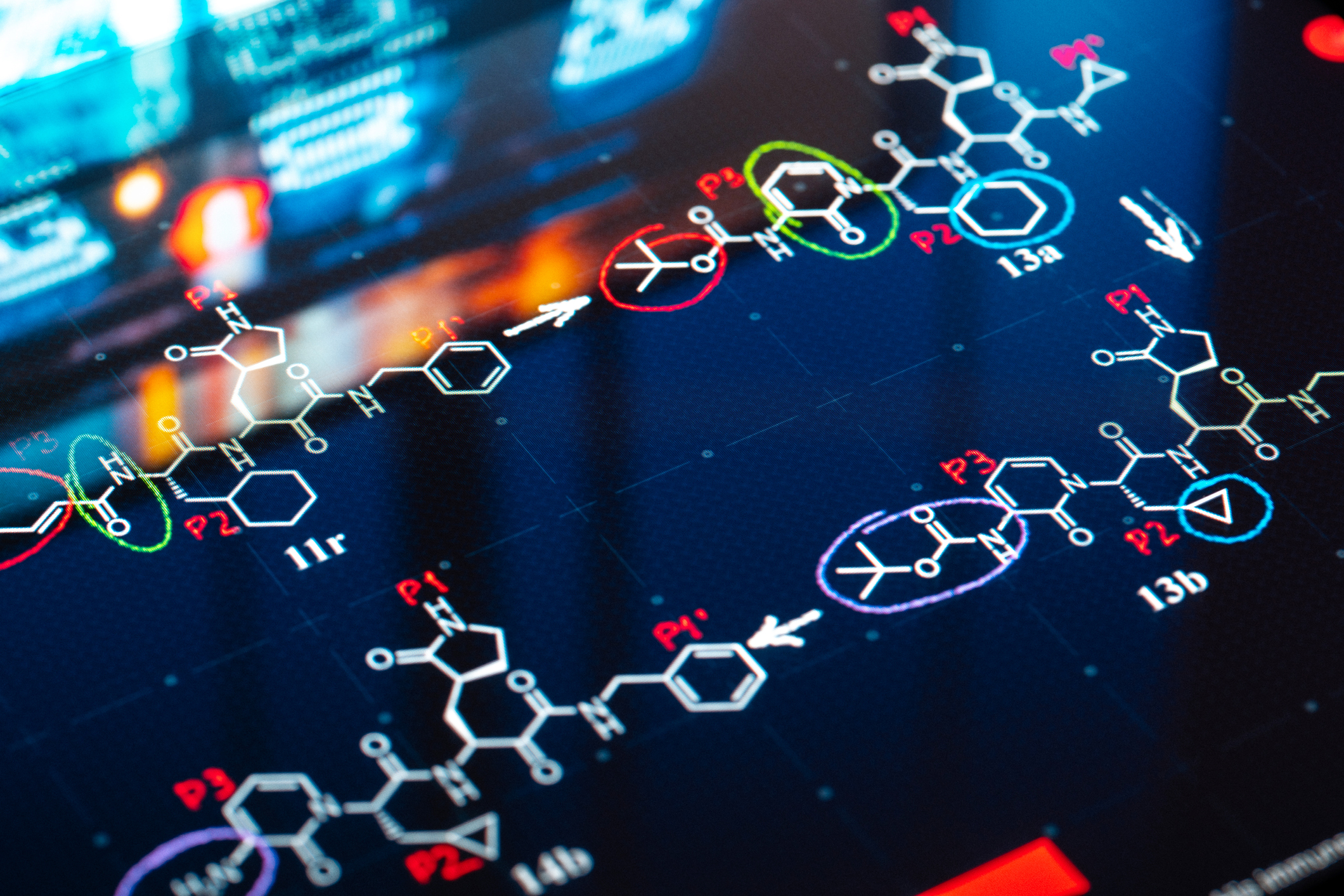 What is it? Danish researchers developed a method for synthesizing molecules that could help speed up drug discovery by orders of magnitude.

Why does it matter? Searching for novel compounds that could be used in new medicines or vaccines can be a slow and laborious process that involves screening potentially thousands of candidate molecules in large quantities. The new technique, nicknamed SPARCLD and described in Nature Chemistry, requires tiny amounts of material, which can be analyzed in mere minutes.

How does it work? A team led by Nikos Hatzakis, an associate professor of chemistry at the University of Copenhagen, created nano-size bubble-like containers called liposomes loaded with molecules of interest. Allowed to mix, the liposomes fuse, combining their contents to form new molecules. More than 40,000 molecules can be synthesized and analyzed with tiny volumes of ingredients, in an area smaller than a pinhead, in about seven minutes. “No single element in our solution is completely new, but they have never been combined so seamlessly,” said Hatzakis.