Tea With Einstein: Pier Abetti, 100, Looks Back At A Century Of Scientific Progress 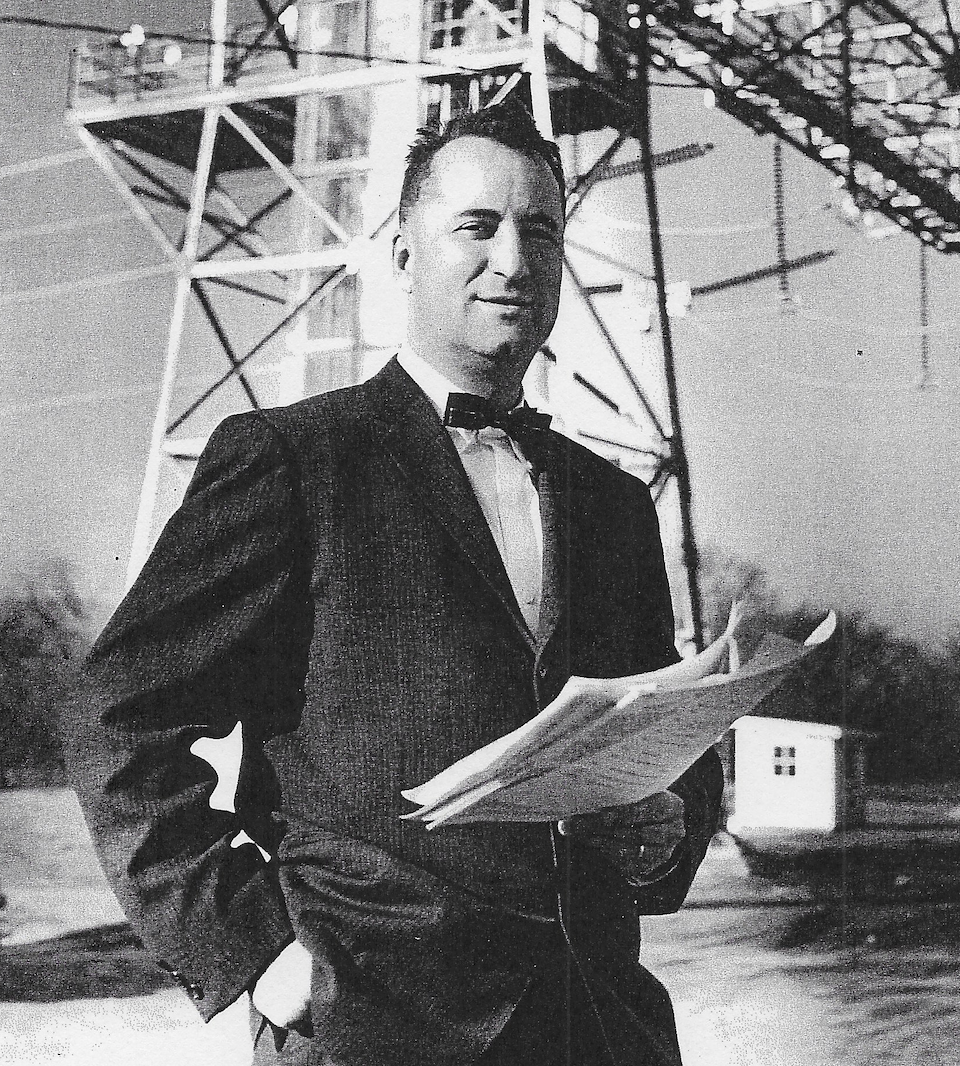 Some people have a lucky star; GE researcher, engineer and educator Pier Abetti, who turned 100 on Feb. 7, has a whole constellation. Growing up in Arcetri, on the outskirts of Florence, Italy, Abetti’s family lived close to the observatory where his father, Giorgio, and grandfather, Antonio, made important observations of stars, galaxies, and the sun. The observatory just happened to be situated next to the house where another famous Italian astronomer, Galileo Galilei, spent his final years under house arrest for his discoveries. So you could say that science was not only in Abetti’s blood; it was his destiny.

As a kid in the 1920s, Abetti’s parents frequently hosted his father’s colleagues for afternoon tea. He remembers his mother waiting on such scientific luminaries as Enrico Fermi and GE’s Irving Langmuir, both eventual Nobel Prize winners, in the family’s sitting room. When Pier was 8 years old in 1929, one guest tousled his hair and told his parents that young Pier was very smart. “One day he will be as famous as his father and his grandfather,” Abetti remembers Albert Einstein saying.

After Einstein departed, Abetti’s mother squeezed her son’s arm tightly and told him: “Don’t let this go to your head. Einstein didn’t mean that — he just said that because I’ve invited him to tea so many times and he had no other way to reciprocate.” 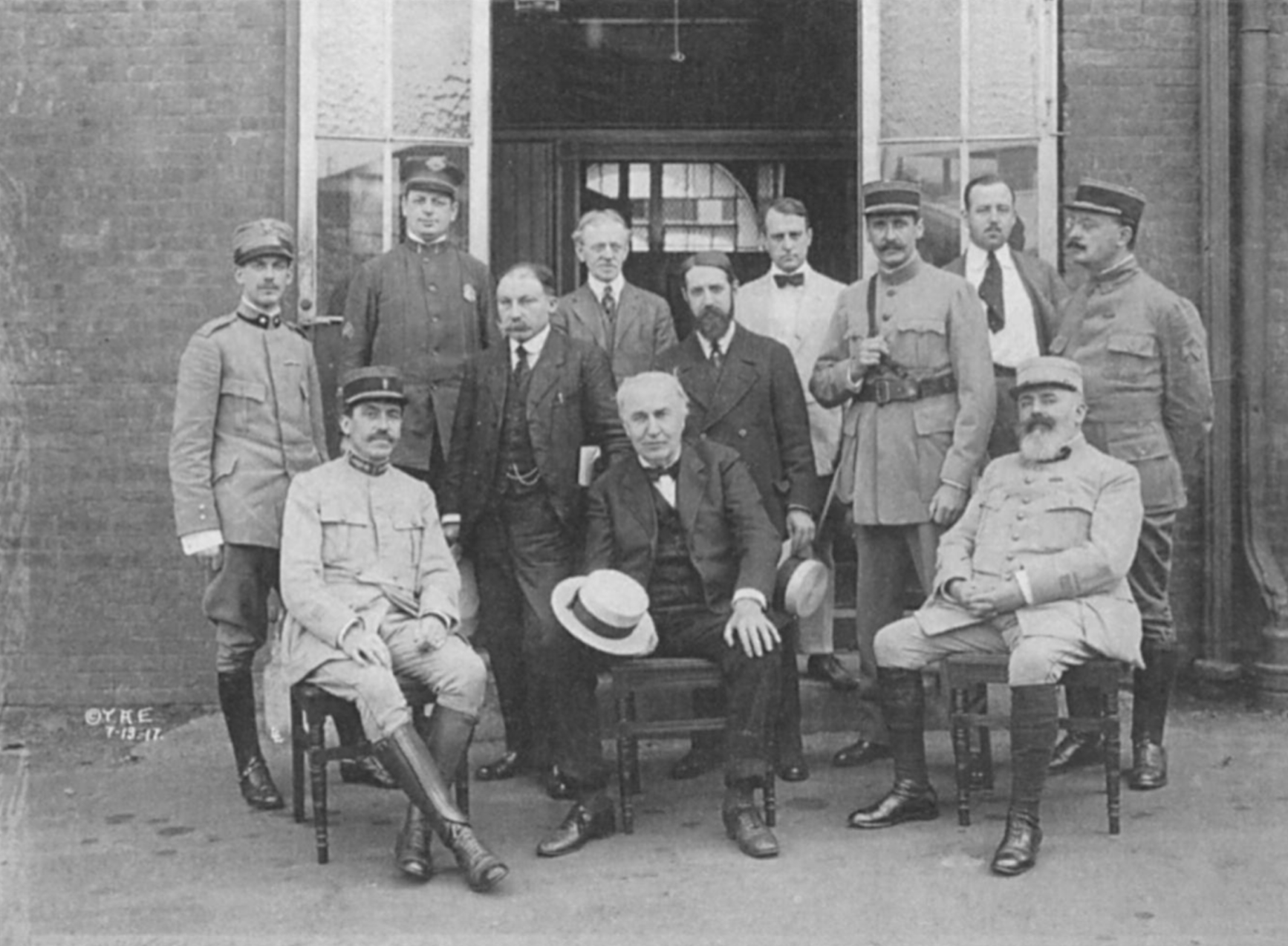 Yet Einstein must have seen something. And so did Signora Abetti. While she appreciated her husband’s intellectual gifts, she was sometimes distressed by his lack of practicality and she nurtured this quality in her only child. After World War II, she pushed her son to leave his ravaged homeland and immigrate to the U.S. He did, earning a doctorate in electrical engineering and going on to become an engineer at GE, where he played an important role in developing computers, improving the electrical grid, and other fields that helped fuel the company’s postwar growth.

Abetti’s career has been long and fruitful — he’s never been one to sit still. His first decision after arriving in the U.S. in 1946 was a practical one. He chose to begin his studies at the Illinois Institute of Technology rather than the Massachusetts Institute of Technology. The reason: He would have had to pay his way at MIT, while IIT offered a scholarship and a $125 monthly stipend. “Which sounded like a tremendous amount of money to me,” he says.

In 1948, a professor helped Abetti land a job at a GE plant in Massachusetts, which was then doing pioneering work on electrical transformers. “It’s the best company in America,” Abetti recalls his professor telling him. 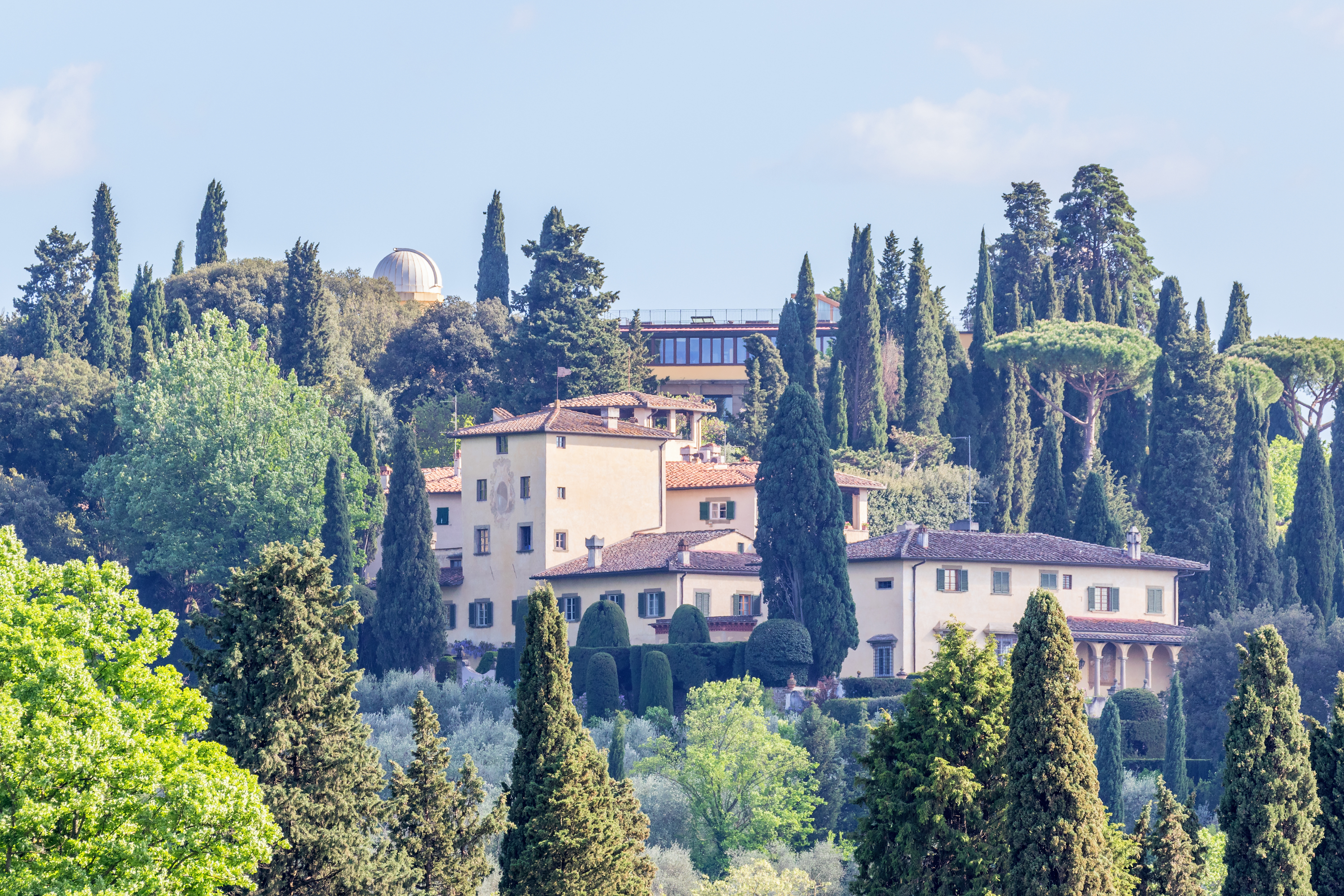 Abetti’s first assignment was to reduce the failure rate of transformers when tested for their resilience to lightning strikes, “the big enemy of power transformers,” he says. Transformers cost $1 million each back then. When tested with artificial lightning they had a 30% failure rate — a huge aggravation for customers and a big drain on the bottom line. Abetti developed an electro-magnetic model that could accurately reproduce the performance of the transformer, cutting the failure rate to just 3%. The work earned him the Charles A. Coffin Award for outstanding merit. Named after the company’s first CEO, it was then the highest honor for a GE employee.

America was quickly changing and the government, as well as industry, started using early computers. Always curious, Abetti took a training class on computer programming in 1950, when punch cards were all the rage. After finishing the training, he taught himself to write code, and then developed a program with his colleague Stan Williams to automate the transformer design process. At the time, it took two engineers armed with slide rules and a 1,000-page operating manual nine months to design a transformer. Abetti’s program, which incorporated best design practices and reduced human error by automatically performing the thousands of difficult calculations, shortened the process to a day-and-a-half. The new automated process was a big hit with customers. “This way you could try many designs and let the customer pick the one he wants,” he recalls. 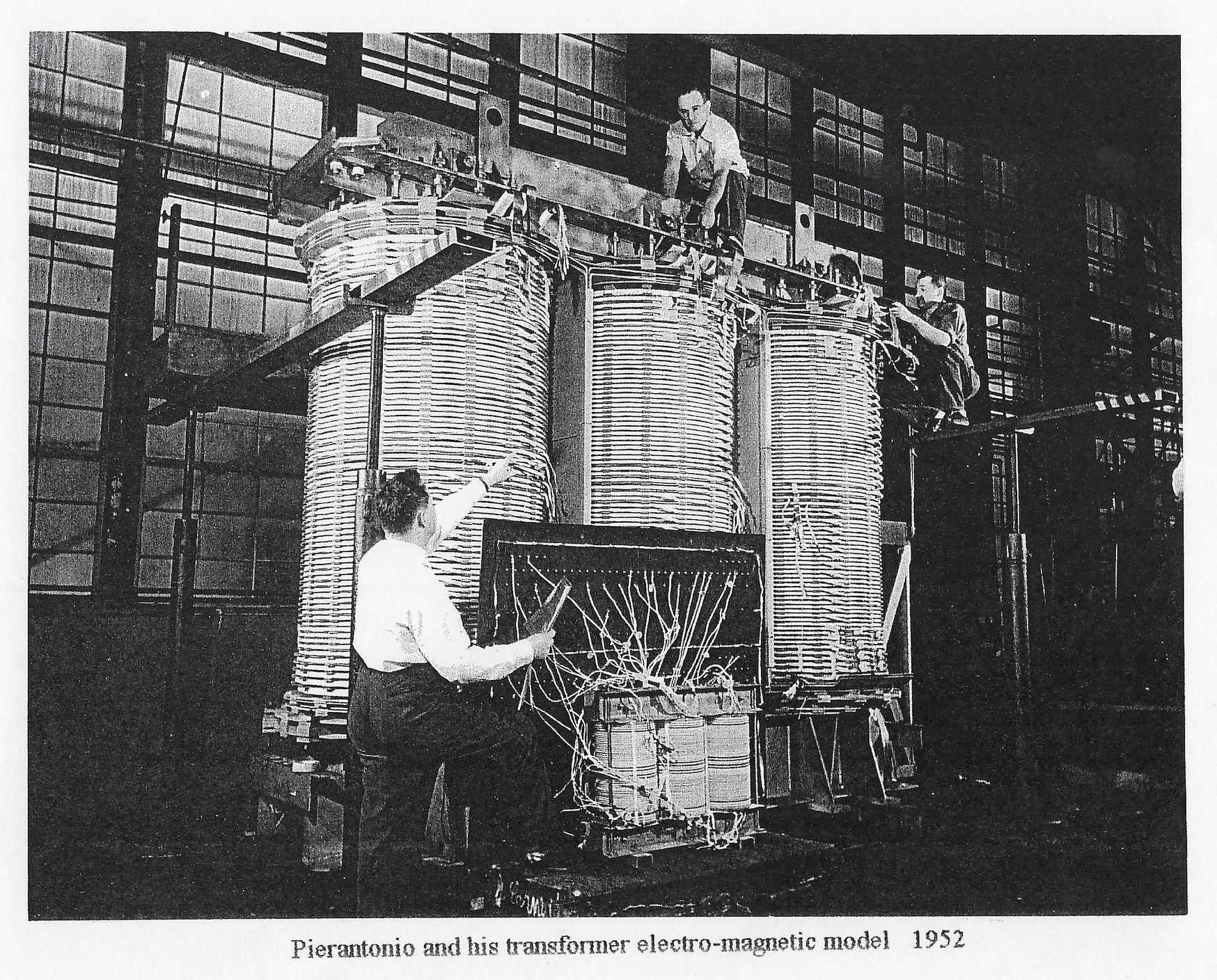 In 1957, Abetti received another important assignment — improving GE’s extra high voltage power transmission technology. The mission came at a time of breakneck competition between GE and its rivals, Westinghouse and Allis Chalmers. Abetti spent three years building a 10-mile experimental transmission line that showcased GE’s terminal equipment, such as power transformers, circuit breakers, lightning arrestors and other equipment. When he was done, the line could handle 800 kilovolts — more than double the record of 345 kilovolts at the start. Abetti was written up in Fortune magazine for his work on the project. He considers it his biggest contribution to the power grid, which Abetti’s colleagues are now digitizing and preparing it to accommodate a growing share of renewables.

As his career advanced, Abetti worked his way up the managerial ladder. Starting in 1961, he led GE’s Advanced Technology Laboratories in Schenectady, New York, where he oversaw the creation of the first solid-state power converter and GE’s electric car prototype. But missing his family back in Europe, and wanting his children to meet their paternal grandparents, Abetti pushed for an assignment abroad. In 1963, he was sent to Lausanne, Switzerland, where he sold and installed computer systems throughout Western Europe, eventually winning a promotion to head the Large Computer Systems group in Paris. He left Paris in 1967 to work on diverse projects in Phoenix, Arizona, including large computing systems and mobile telephony. (In Phoenix,  he just missed another bright GE engineer named Arnold Spielberg — the film director’s Steven Spielberg’s father — who designed business computers for GE.) 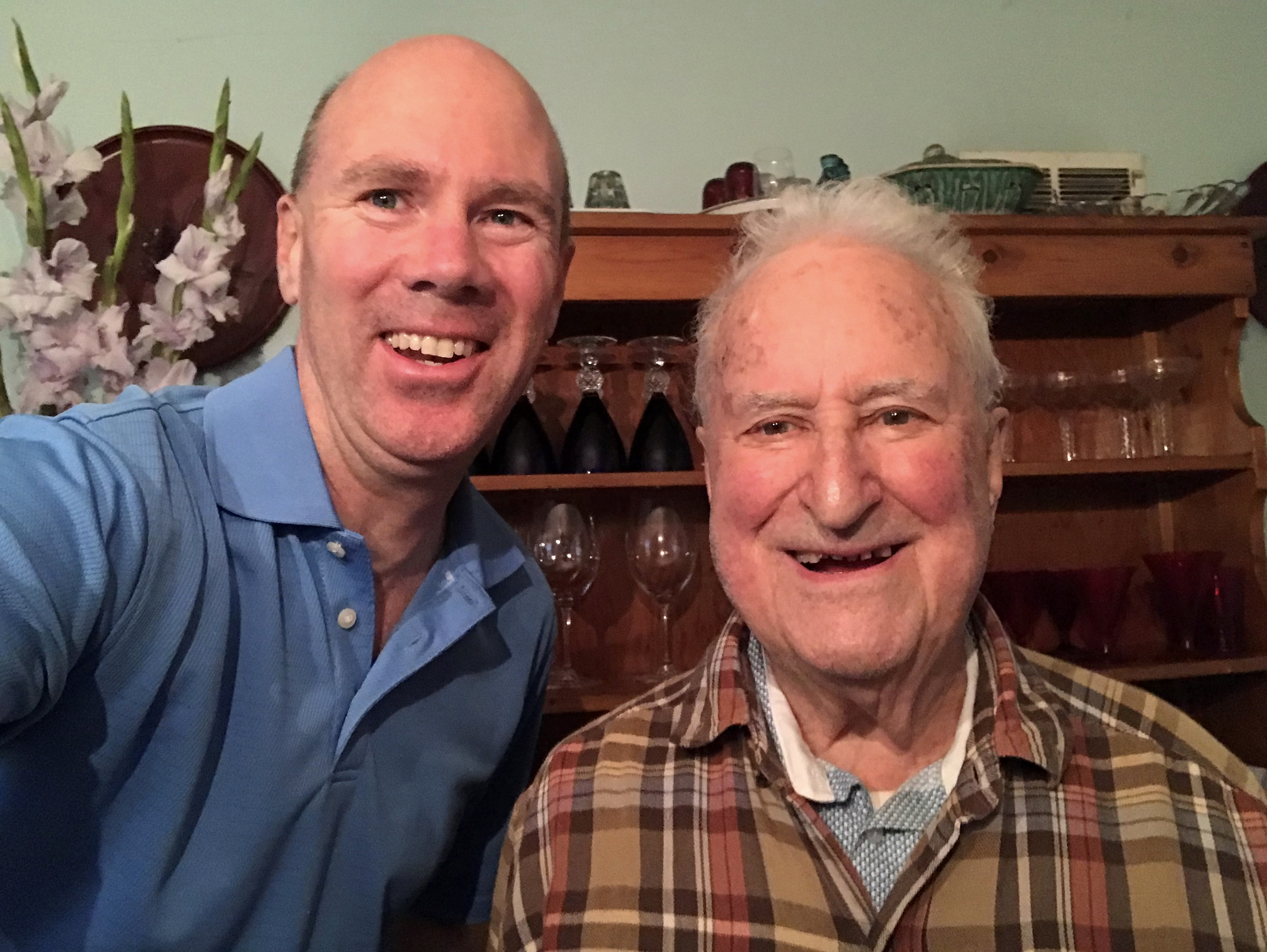 Abetti has always prized learning both for practical reasons and for its own sake. His early exposure to scientists from all over the world visiting the family home helped him pick up French, German and English as a child. He went on to learn roughly 20 languages, including Basque (so he could speak with managers at a GE plant in northern Spain), Japanese (so he could speak to Toshiba executives on a joint venture) and Finnish (out of curiosity). His Finnish would become very useful: He later taught 19 summers at the Finnish School of Economics, and started a network of 16 business incubators in the Helsinki area.

After 34 years at GE, Abetti embarked on a second career, teaching classes in management at Rensselaer Polytechnic Institute in Troy, New York. He also helped establish additional technology incubators in South Africa, Ireland, Poland, Slovakia, South Korea and many other countries. He believes strongly in the value of tapping the entrepreneurial potential of people all over the world. “The challenge is to bring more peace and more development, which means more food and education, to developing countries,” Abetti says. “It’s a big job and we’ve got a long way to go.”

Abetti stopped lecturing at Rensselaer in 2016 but he still follows the latest developments in digital technologies. In some ways, the air of innovation and excitement these days resembles what it was like at the start of his career at GE. There is one big difference, however. New technologies like blockchain and methods for sifting data feel somewhat less tangible than transformers and the power grid. “At that time, it was much more applied,” he says.