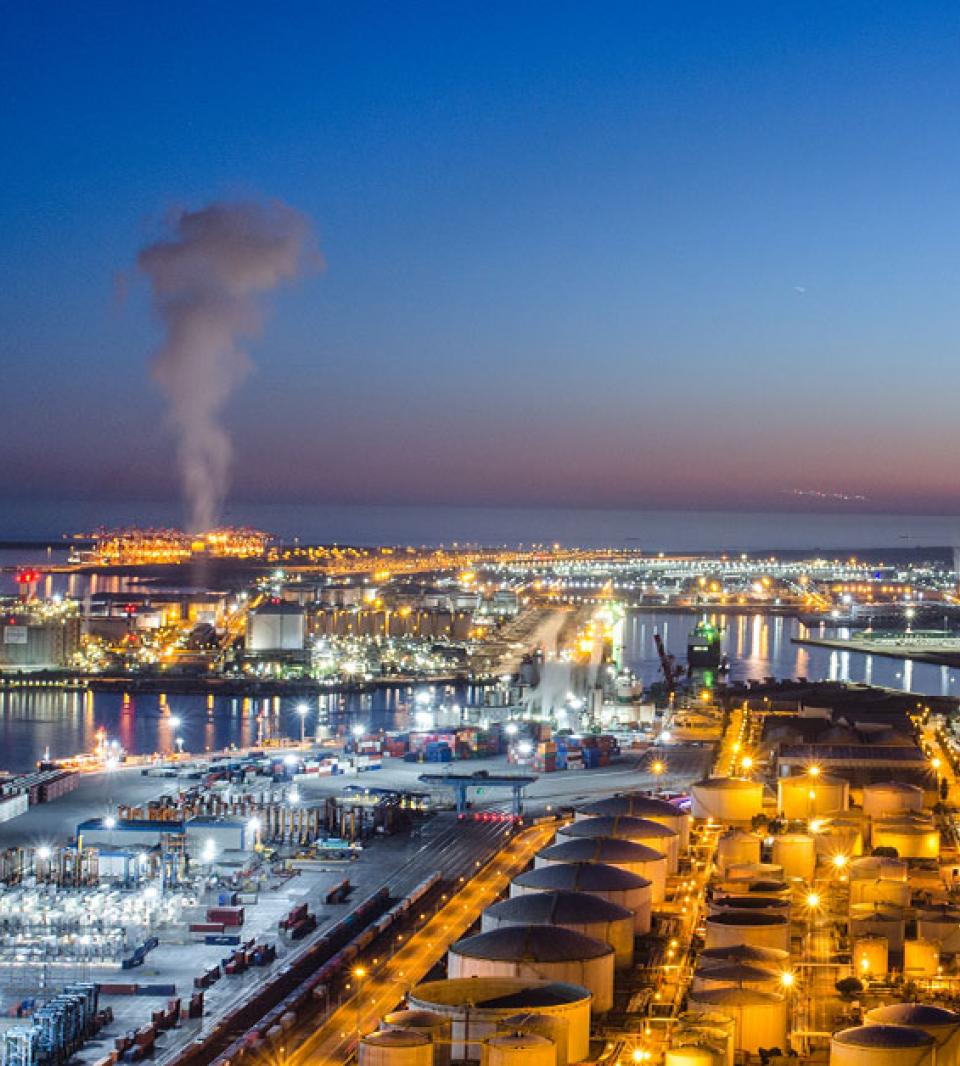 “Water, water, everywhere, nor any drop to drink,” lamented a thirsty sailor in Samuel Taylor Coleridge’s epic 18th-century poem “The Rime of the Ancient Mariner.” Fortunately, humanity has since discovered ways of making seawater potable. Take the water-scarce nation of Saudi Arabia, the world’s largest producer of desalinated water. The desert country leaches the salt out of the Red Sea and the Persian Gulf to yield around 5 million cubic meters (1.3 billion gallons) per day of drinkable water, enough to fill 2,000 Olympic-size swimming pools.

But turning the sea into fresh drinking water via reverse osmosis or distillation is an energy-intensive process, and Saudi Arabia’s facilities are no exception. In fact, it’s why the kingdom’s largest desalination facilities, such as Yanbu-4 on the Red Sea coast, sit next to giant electrical power plants. But soon, a major expansion project at Yanbu-4 will boost the water output of the hub by 450,000 cubic meters (119 million gallons) when it starts up in 2023. And where will a portion of the power for this big expansion come from? Yanbu-4’s very own 20-megawatt (MW) solar farm.

Yanbu-4 will be the first integrated, seawater-based reverse osmosis project in Saudi Arabia to use renewable energy, explains Bernard Dagher, president and chief executive of GE’s Grid Solutions for the Middle East, North Africa and Turkey. “It meets the vision of the Saudi leadership to promote environmental sustainability while meeting the growing demand for freshwater supply in the cities of Mecca and Medina,” Dagher says. 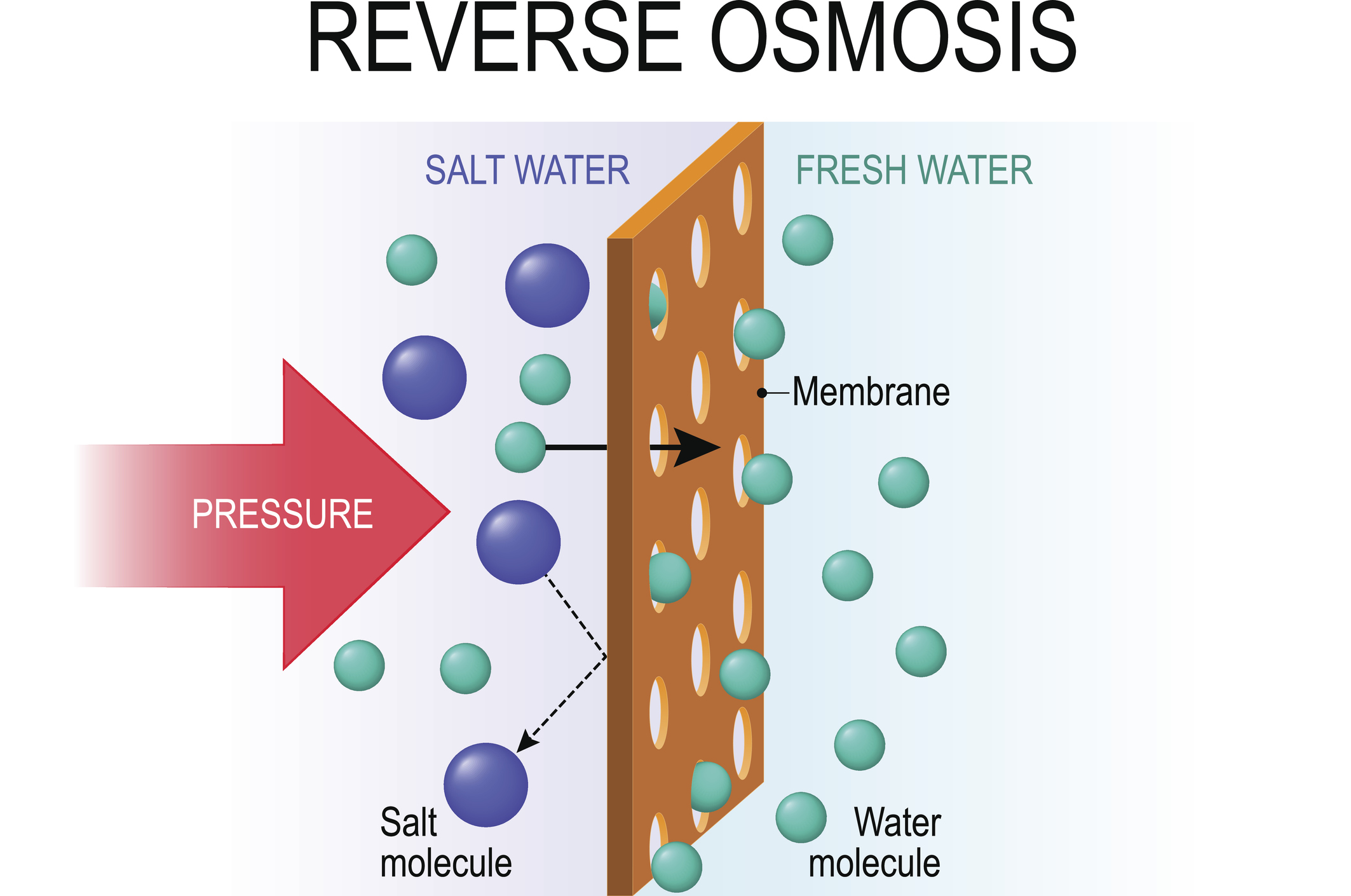 GE’s Grid Solutions unit just won a contract to build an electrical substation that will power Yanbu-4. “All the power for Yanbu-4, whatever the load center, will come through this substation,” says Mohamed Gad, a technical sales director at GE Renewable Energy. This will enable the desalination plant to utilize every last kilowatt-hour of solar power when the sun shines on the Red Sea coast, as it does for nearly 4,000 hours per year.

Gad describes the solar farm as a bonus source of carbon-free power generation for Yanbu-4. The expansion project at the Red Sea plant will continuously rely on power from the country’s grid for its operations; however, when the sun is shining, the solar farm is projected to reduce that grid consumption by up to 20 MW throughout the desalination process. It makes no difference whether Yanbu-4 is using grid power in the middle of the night or topping up with solar energy from the midday sun: The substation will keep all power load transfers “smooth and stable,” says Gad.

Substations are a key technology for any electrical grid. They are the nerve centers that step down the voltage from overhead transmission lines for the mains in our houses, allowing us to safely use our electrical appliances. It’s exactly the same story at Yanbu-4, except that instead of coffeemakers and laptops, the desalination plant’s electrical appliances consist of an array of mighty pumps. Those pumps will push the equivalent of 180 Olympic-size swimming pools of seawater per day through the plant’s membranes to filter out the salt, sending millions of gallons of potable water into the kingdom’s water grid.

To keep those pumps operating safely, the giant transformers on GE’s 380/110 kV gas-insulated switchgear (GIS) substation will step down the ultra-high voltage of the grid. The transformers are also able to smoothly absorb the power generated by the on-site solar farm during the day, which reduces the desalination plant’s consumption of electricity from the grid.

Ensuring reliable and stable power supply to Yanbu-4 is crucial for the uninterrupted supply of fresh water to one of the world’s driest countries. Saudi Arabia, which relies on desalination plants for about half of its drinking water, has no perennial rivers, and its sources of groundwater and surface water are scarce.

Saudi authorities will be watching Yanbu-4 with interest. The kingdom’s giant desalination plants account for around 20% of its total energy consumption, while the nation’s power grid runs almost entirely off oil and gas. But Saudi authorities are planning to harness the country’s massive solar energy potential, and have pledged to build an additional 41 gigawatts (GW) of solar capacity by 2032.

“GE’s competitive advantage in winning the Yanbu-4 project is a reflection of its two recently energized substations for independent water plants (IWPs), Rabigh-3 and Shuqaiq-3,” Gad says. “Together these two IWPs will pump around a million cubic meters of water per day. We used GE’s innovative equipment to meet the needs of the 380 kV market in [Saudi Arabia].”