Lucca, a sandy-colored, 1-year-old shih tzu, is undeniably cute — thanks in part to the tiny legs he trots about on. But one of those legs was also a source of potentially lifelong discomfort for the pup. Lucca grew up with a deformed lower leg, a condition often found in smaller dogs, including shih tzus and dachshunds: Two bones in his front right leg developed at different rates. When one stopped growing prematurely, it acted like a bow string, causing the other to twist and bend. Luckily, Lucca was able to benefit from a cutting-edge technique in veterinary surgery that used 3D printing to fix his tiny bones faster and more precisely than previously possible.

Dr. Kevin Parsons, a small-animal orthopedic clinician at Langford Veterinary Services in Bristol, England, took computed tomography (CT) scans of Lucca’s leg and sent them to CBM Wales, an advanced manufacturing research center that’s part of the University of Wales Trinity Saint David in Swansea. This facility, about an hour’s drive away from Parsons’ clinic, turns out everything from aerospace components to medical devices. More recently, the company has begun to 3D-print bespoke surgical implants and “guides” for the veterinary market.

Veterinary surgeons typically do a surprising amount of visual estimation when deciding where to cut or how to manipulate a bone. “Previously, angular limb deformity surgery was planned on an X-ray, and measurements taken would be used in the operating theater,” Parsons says. “This process was a complicated process that sometimes resulted in variable outcomes.” But CBM Wales’ digital surgical planning guides and implants help them make more accurate osteotomies — the medical term for cutting or removing a piece of bone. Using CT scans of Lucca’s deformed limb, for instance, CBM 3D-printed a cutting guide — it somewhat resembled a piece of technical LEGO — as a stencil for Parsons to follow when cutting into the bone. He was able to place the guide onto Lucca’s leg bone and then cut through it to remove a wedge, so the bone could be repositioned. 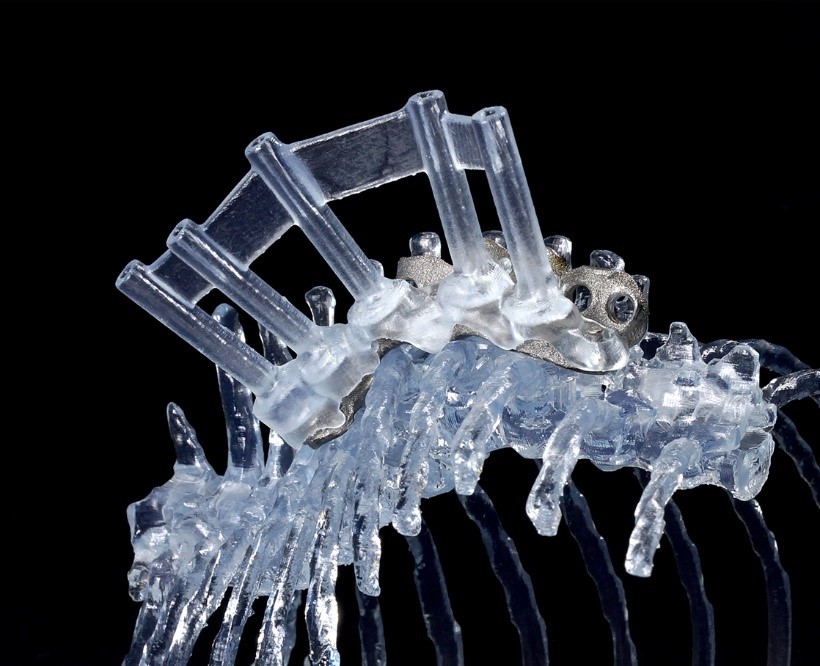 Top: Lucca was able to benefit from a cutting-edge technique in veterinary surgery that used 3D printing to fix his tiny bones in his right leg faster and more precisely than previously possible. Image credit: Langford Vets. Above: For another dog, the team designed a bespoke spinal titanium implant and guide that allowed them to attach it to the bone. Image credit: CBM Wales.


CBM had also printed and couriered over a titanium implant with 10 screw holes for Parsons to attach to Lucca’s twisted, 2-inch bone to hold it in position. The bespoke implant fit the small dog perfectly — and after just a few weeks’ recovery, Lucca was back to running after his owner and pawing trouser legs again.

Parsons has been honing this technique for the past two years, after striking a partnership with CBM Wales through Dr. Ffion O’Malley, an advanced-manufacturing medical engineer at the firm. O’Malley’s background is in maxillofacial surgery, which deals with defects of the human head and neck; she specializes in the development of 3D-printed parts that can act as visual aids and surgical guides in procedures for people. In addition to things like facial reconstruction, doctors can now use 3D printing to create bespoke hip implants, for instance.

Three years ago, O’Malley joined CBM, which was looking to build up its veterinary business. A mutual contact recommended she reach out to Parsons. Despite the fact that most of Parsons’ patients were tiny, weighing between 7 and 12 kilograms, the surgeon agreed to give it a try. “It seemed applicable to dogs with bent legs,” he says.

The process of creating 3D parts for small-dog surgery, O’Malley says, is largely similar as for humans — right down to the ISO13485 accredited process and paperwork.

“The technology is the same,” O’Malley says. At her facility, she prints parts for dogs like Lucca with an Arcam EBM machine from GE Additive. The machine uses an electron beam to fuse metal powder into the desired shape directly from a computer file. 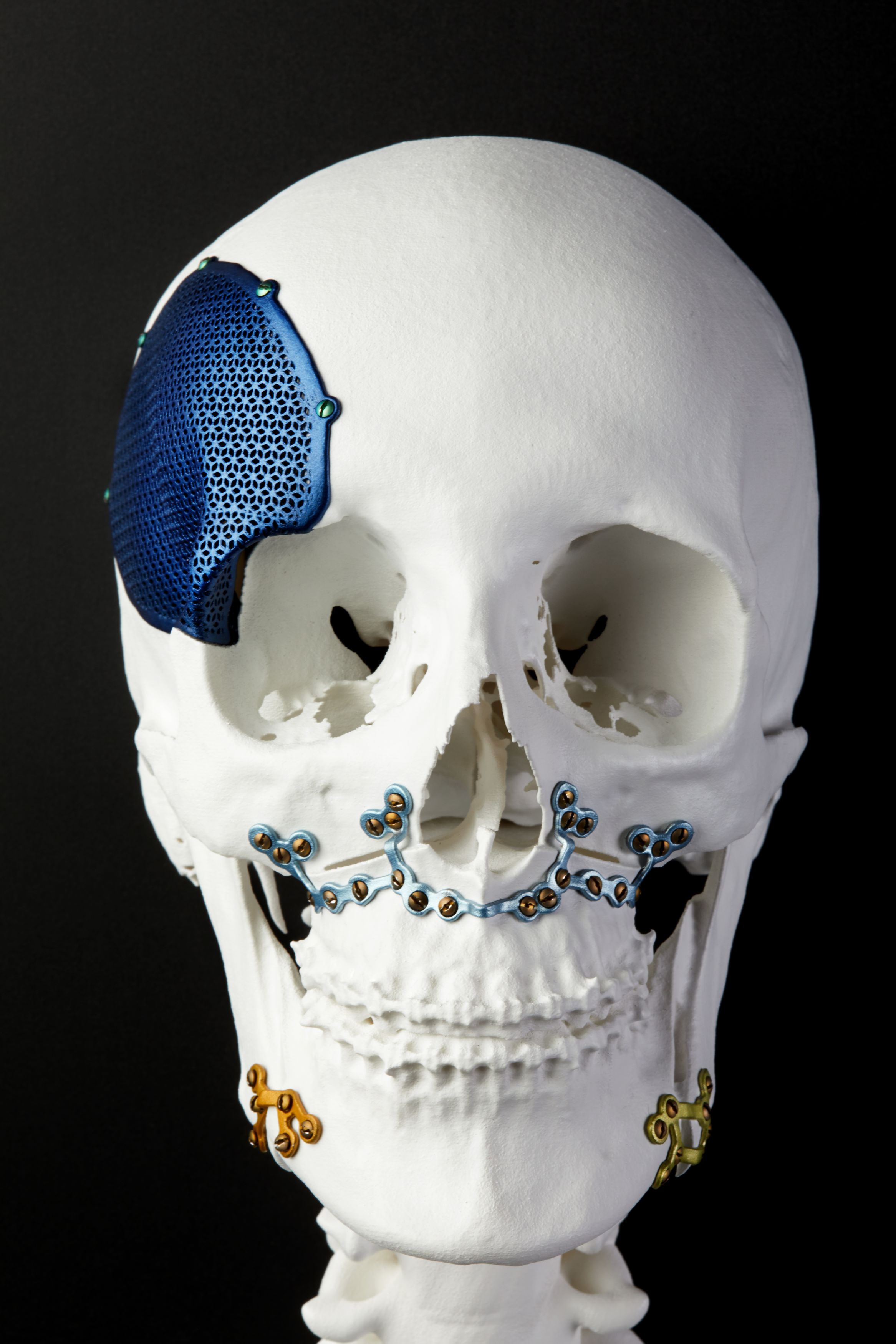 
Parsons gets specialist referrals from all over southwest England, and typically sees a new case of canine angular deformity every other month.

When talking to customers, O’Malley refers to the process of printing surgical guides and implants as “a three-dimensional jigsaw system,” because it involves cutting, repositioning, adding and taking away.

CBM’s 3D-printed guides and implants offer a more “controlled and predictable” process, Parsons says. And they’re especially useful when a dog’s leg is bent in an awkward direction. “Sometimes you have to rotate the end of the leg to get the twist,” Parsons says, making a twisting motion with his hands.

Fixing the bend in a single procedure spells quicker treatment time overall. That can help offset the cost of the implants and CBM’s design work too, Parsons points out. “There’s lot of problems people try and make solutions for that don’t make solutions,” he says.

O’Malley agrees: “We’re trying to make complex problems simpler for these surgeons.” And for Lucca, too.