GE Aviation and Qantas have a great buddy act going. Not only did a pair of GE engines power the Australian national carrier’s inaugural direct flight from Australia to Europe — shuttling travelers between Perth and London, it’s also Qantas’ longest nonstop route — but the two organizations are changing the ways pilots can use and learn from data. In 2016, they joined forces to develop FlightPulse, a flight analytics tool that helps pilots analyze data after each flight and reduce the amount of fuel they burn. Today the app, used by more than 2,400 Qantas pilots, has helped the airline reduce significant amounts of fuel as well as carbon emissions.

GE Aviation and Qantas now have plans to apply their digital collaboration to improving safety, training and operational decision-making.

The next iteration of FlightPulse will help pilots before they take off. During preparation, pilots will be able to flip to a new preflight module on the app that aggregates historical data from other Qantas flights and pilots relating directly to their upcoming journey. They’ll be able to easily find key details such as what safety-related issues at a specific port or runway may have cropped up, if conditions prevented past flights from climbing to cruising altitudes — thus forcing them to burn more fuel — or what general traffic-flow issues might affect arrival or takeoff times. It’s like tapping into the collective knowledge and firsthand experience of thousands of other Qantas pilots. 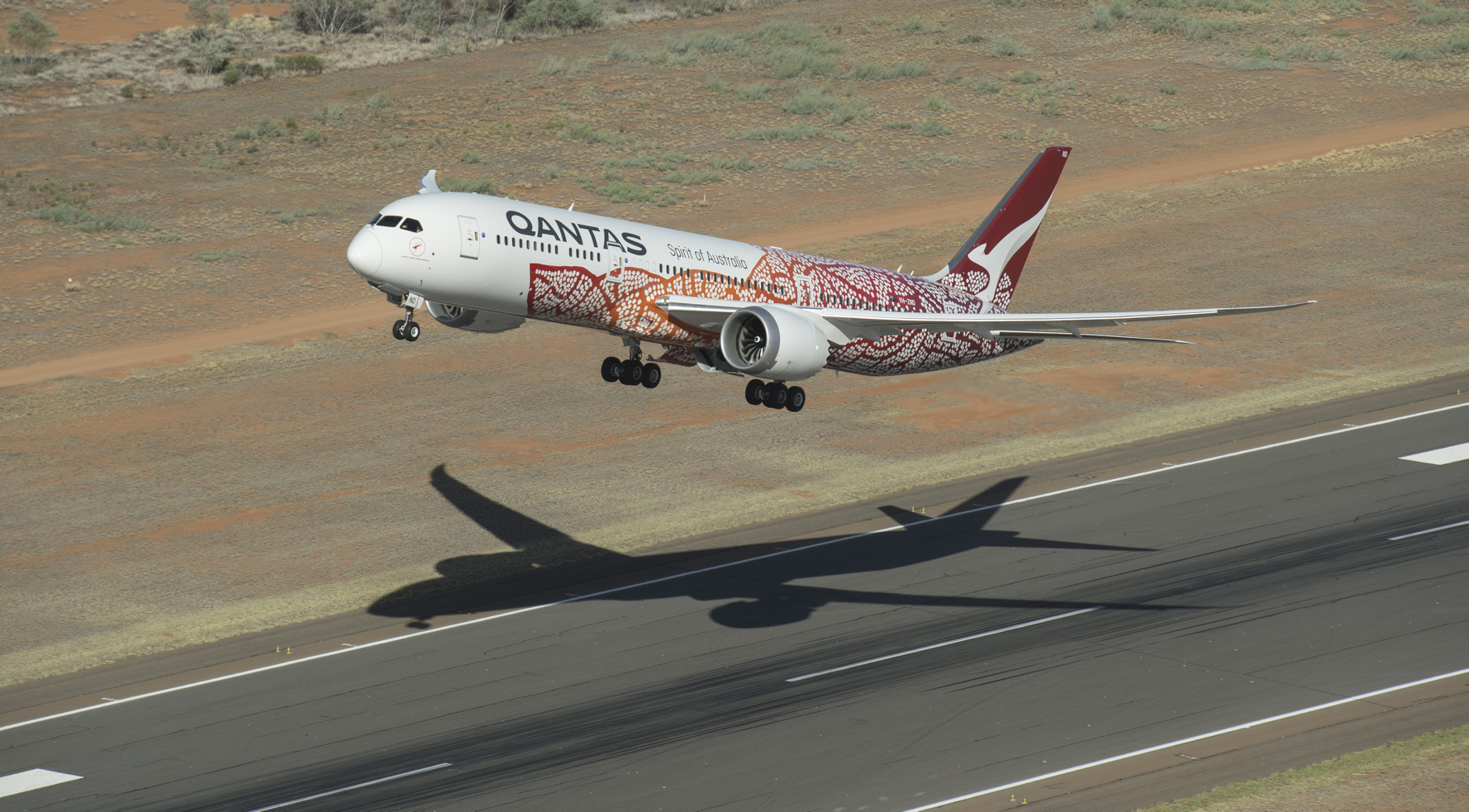 In the 1940s, it took a Qantas flight more than four days and seven stops to fly from Australia to London. A Qantas jet can now cover the same distance in 17 hours and 20 minutes, flying nonstop for the first time. Top and above images credit: Qantas.


“We’ve seen the value of putting this data in the hands of the people who have the power to change it — so it makes sense to pursue new opportunities to get more flight data to crews,” said Dave Summergreene, Qantas first officer on the Boeing 787 and flight crew fuel manager.

But FlightPulse 2.0 is just the start. The development team is working closely with Qantas pilots to identify other needs within the industry. The main goal is to empower the aviation industry with a software tool kit that can generate insights and knowledge that were once hard to gain.

“We want to help our customers understand what’s possible in terms of flight data analytics and how to get value in the data that they previously might not have even known existed,” said John Mansfield, chief digital officer for GE Aviation.

To do so, GE Aviation and Qantas will pool their digital expertise and operational know-how. “When we combine the knowledge of our teams, it allows us to unlock benefits across a wide range of areas like fuel, safety, operations and assets,” Mansfield said.

That’s hardly an empty promise given that GE Aviation has engine design under its belt, and Qantas has got a proven track record as innovators and early adopters.