The brick chimneys of Barcelona’s Poblenou district — the city’s old industrial quarter, squeezed between the avant-garde towers of Antoni Gaudi’s Sagrada Familia cathedral and the Mediterranean Sea — have lain dormant for decades. But industry is gradually returning to the proud, hardworking barrio. For example, a former cutlery factory now serves as offices for GE Renewable Energy, housing a high-tech nerve center that monitors and controls a decent chunk of southern Europe’s burgeoning wind energy industry. “Anyone walking past on the street can see it,” says Jose Miguel Garate, the senior engineer at GE Renewable Energy responsible for overseas fleet reliability in Europe, gesturing at the large windows that look out onto the leafy streets of Poblenou. Passersby peeking in can track a ticker keeping score — on a minute-by-minute basis — of the total power output of the turbine fleet it monitors, the number of European households it can support, and the estimated amount of carbon dioxide (CO2) emissions saved.

But openness has its limits, even in hip Barcelona. Called a remote operations center, or ROC, the facility takes over a secure room adjacent to the foyer of the building. The impressive installation brings to mind a trading desk or a NASA mission control center. During a visit last week, technicians huddled in front of laptops and a huge TV screen showing a map of Europe peppered with wind turbine icons. Human as well as artificial intelligence allow GE to continuously fine-tune the operations of the more than 2,000 wind turbines located in Spain, France, Italy, Portugal and Greece. Using software that securely gathers and analyzes millions of data points, workers here can, without ever leaving the control room, instantly address most turbine issues and ensure that turbines capture as many kilowatt-hours as possible. “The software is the first line of defense against operational problems,” Garate explains. ”It captures all the events from the wind turbines.” 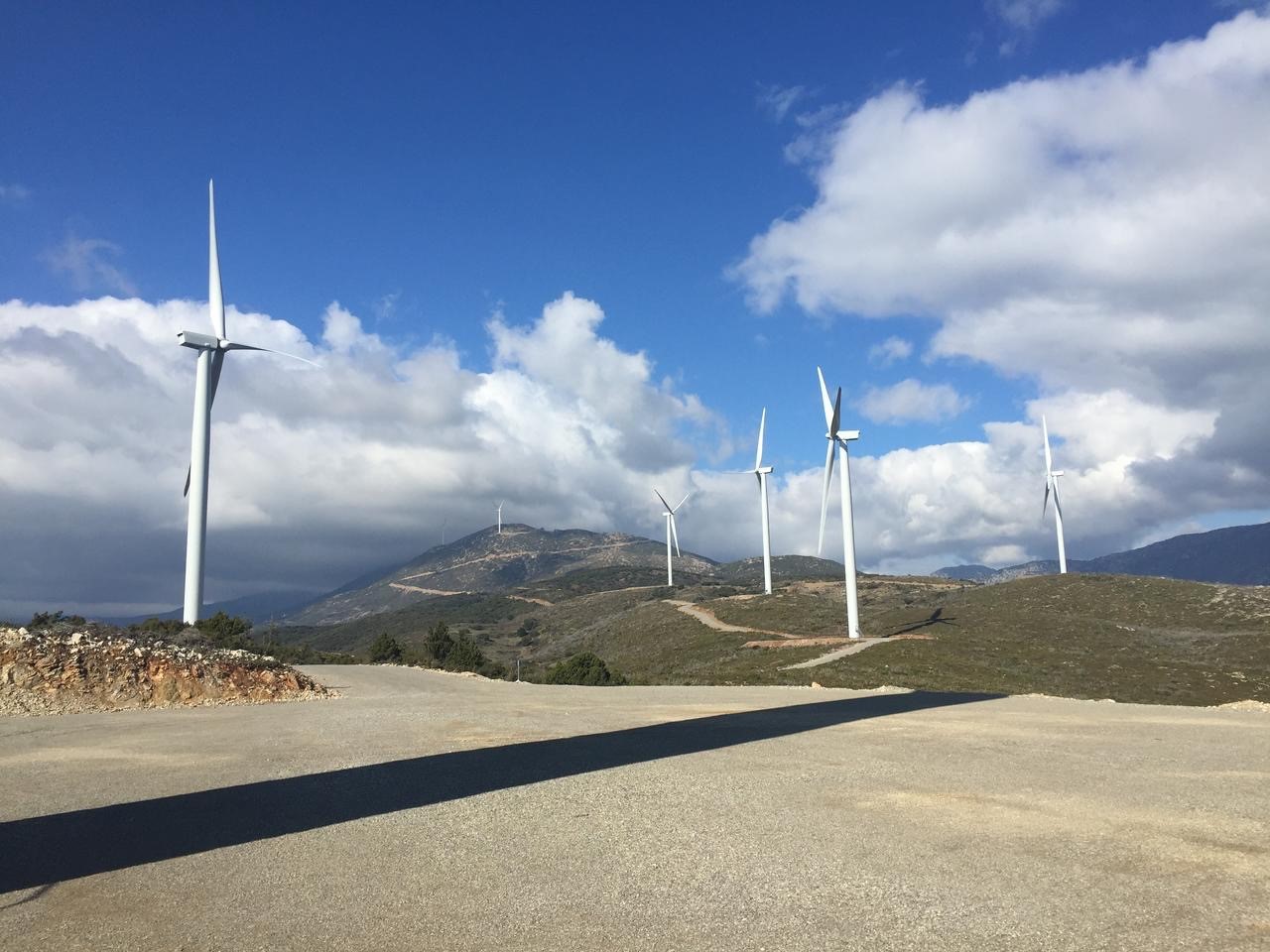 Walking over to one of the computers, he zooms in on a wind turbine in northern France that has just flagged a minor yaw system issue, which means that the angle of the unit’s rotor is slightly off, given the wind direction. The technician seated at the desk quickly realigns the turbine’s rotor with a few clicks of a mouse, explaining that the unit will return to capturing maximum wind energy in a matter of minutes.

In fact, the ROCs can solve 80 percent of wind turbine issues in under 10 minutes. If issues turn out to be larger mechanical problems, an engineer can be on the site to fix the equipment within hours. “The software is helping us to respond faster and faster to issues,” Garate says.

The Barcelona location is GE Renewable Energy’s fourth ROC, and together with sister centers in Schenectady, New York; Salzbergen, Germany; and Bangalore, India, it keeps tabs on more than 15,000 onshore and offshore turbines, as well as solar and energy storage assets around the world.

Together, the ROCs have been able to increase the productivity of the energy assets they monitor by 20 percent. Those gains alone are enough to supply a small country, Garate says.

But the ROCs are more than just fast-twitch troubleshooters. They also allow wind power producers to squeeze new efficiencies and deeper insights from their operations over the long term. Back in Barcelona, the ROC is already running the numbers on the French yaw issue. The software, which runs on GE’s software platform for the industrial internet of things, has logged the event along with other yaw-related alerts in the region and has started crunching the data to find patterns that could sharpen the ROC’s reaction time in the future. “This ROC isn’t just a nice way to show customers how their fleet is performing,” Garate says. “We’ll keep improving the algorithms that are behind these screens so that they can maximize their wind power generation and minimize their costs.”

More wind turbine icons are set to join the giant map at the Barcelona ROC, including new wind farms being built by Forestalia in the neighboring Spanish province of Aragon. “This offers customers in Spain data-driven insights, expert recommendations and advanced field services less than 300 miles away in their own language,” Garate says. The Barcelona ROC is also standing by to monitor GE's largest-ever onshore wind turbine, the Cypress platform, which will join European grids later this year.

In the meantime, the new ROC seems to have found a perfect home in the resurgent district of Poblenou, which is rapidly turning into the breeding ground for Barcelona’s most promising startups. “We are supposed to live in a digital world, and the customers are always expecting more — and we’re ready to deliver,” Garate says.