These Robots Are Really Pushing The Envelope: A Q&A With GE Roboticist John Lizzi 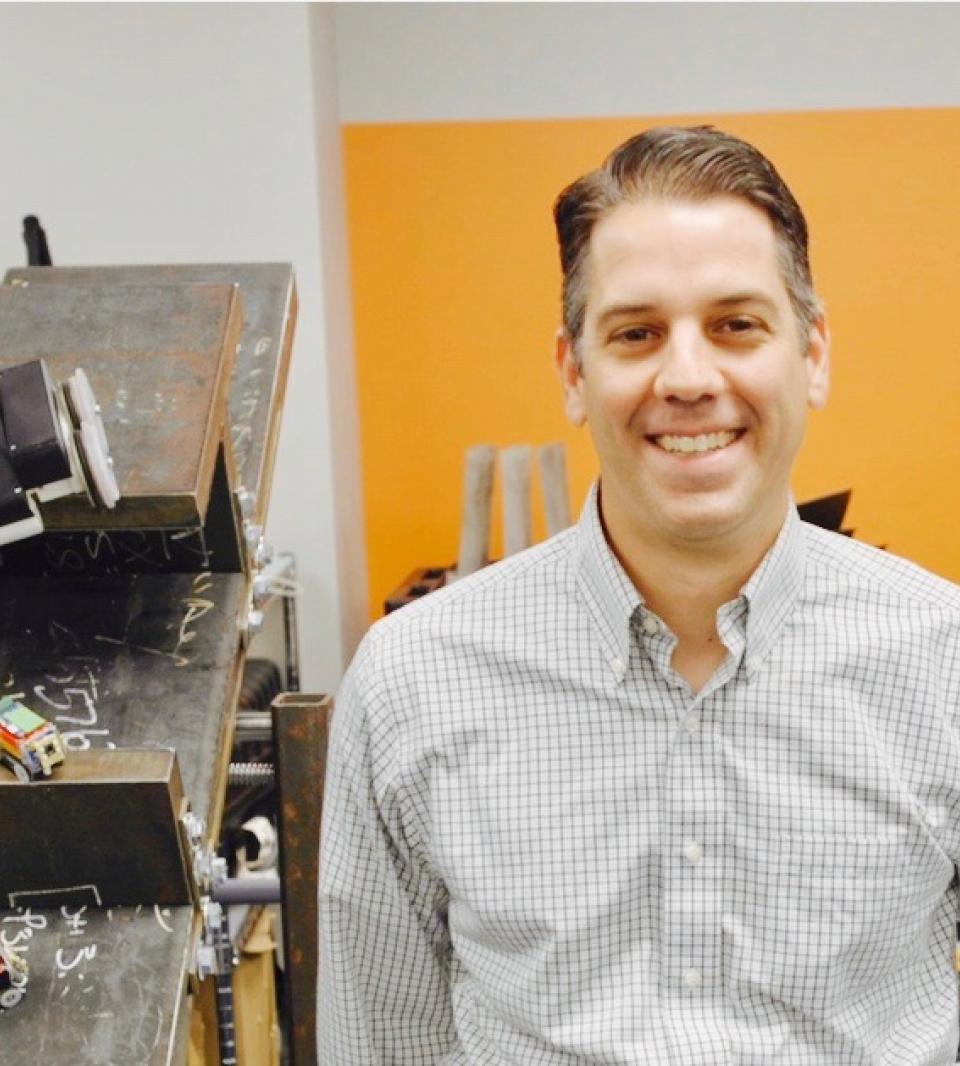 As the executive leader for robotics at GE Global Research, John Lizzi may have one of the coolest jobs at GE. His desk is right next to a classroom-size lab filled with collaborative robots that can safely work next to humans; envelope-like devices that can worm inside a jet engine, inspect it and even fix it; and drones that can keep an eye on wind turbines and other large industrial assets. GE Reports recently visited Lizzi’s lab and talked to him about his favorite robots and the latest developments in the field.

GE Reports: Are robots coming for us?

John Lizzi: No, but we are at an inflection point. Robotics today sits at the intersection of a number of megatrends: things like the democratization of artificial intelligence, Moore’s Law and increasingly powerful computation, advances in energy storage, additive manufacturing and others. All of these things are coming together, and they are allowing us to go after use cases that we couldn’t even think of attacking just a few years ago. We are in the midst of what some have called a Cambrian explosion in robotics.

GER: You are talking about the moment 540 million years ago when life on Earth became extraordinarily diverse?

JL: Right. The right conditions emerged, including rising levels of oxygen, which led to the proliferation of most modern animal species during the real Cambrian explosion. The same thing is happening in robotics; a lot of the right ingredients are coming together.

GER: Can you give me a few examples?

JL: A simple example would be mobile robotics. The computational power we’re currently putting on our robotic systems like our drones and crawling systems would have taken up a server room 10 years ago and would have required a tremendous amount of energy. Moore’s Law and advances in battery technology have allowed us to “cut the cord” and put that computation on board, in many cases, relatively small robots, which is extremely exciting. With that computational power in place, we’re able to add more intelligence to the system, allowing for more autonomous function. Here at the GRC, we’ve built an aerial inspection system called Euclid equipped with various sensors to inspect industrial assets like wind turbines, transmission towers and flare stacks. We’ve essentially built a brain for the system that gives it “industrial intelligence,” allowing it to understand what it’s looking at and, more importantly, the key things to look out for. 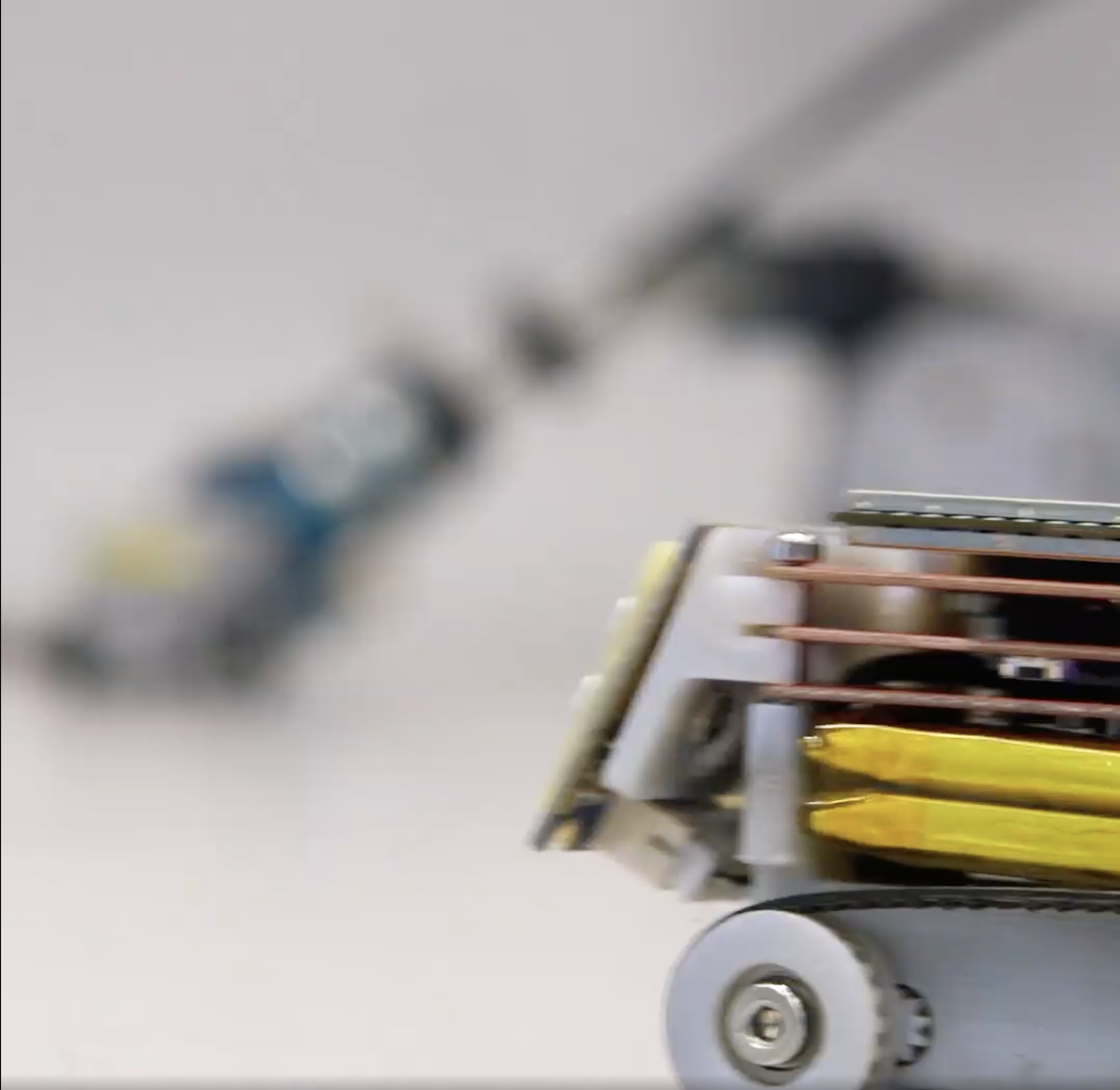 GER: Your robots look nothing like C-3PO or Optimus Prime. They seem to be designed for specific tasks.

JL: GE is an industrial company, and one big challenge in the industrial space is inspection, maintenance and repair. Inspecting and repairing a segment of pipe, a gas turbine or a jet engine often requires massive disassembly and a lot of downtime. Robotics has massive potential to change the game here. We like to use healthcare as an analogy. If you look back hundreds of years, exploratory surgery was common practice. If you didn’t know what was happening with a patient you would open the patient up and take a look. Advances in medical imaging technology allowed us to see what’s going on inside the patient and to make decisions in a noninvasive way; and of course, robotics is beginning to take surgery to another level.

We’re taking the same thinking into industrial inspection and repair, and we’re building a set of platforms that allows us to do minimally invasive surgery for industrial equipment. We’re doing this with a platform orientation in mind so that advances in one domain can be very quickly applied to another.

One example is a little robot that wedges itself between turbine blades. It has a small arm on top that can move around, and you can basically use it to inspect the various parts of a gas turbine.

GER: Can you also use robots to correct problems?

JL: Absolutely. We always think of robot function as flowing through a “see, think, do” loop. Once I can get where I need to go and understand what’s happening, the next question is, can I fix the problem? We’re building a wide range of robotics-enabled repair technologies to address a host of industrial issues.

GER: We’ve seen manufacturing robots spreading rapidly across factories and automating production lines. Why are you focusing on maintenance?

JL: Actually we’re doing both. There’s a tremendous opportunity for robotics and automation across GE, including in the factory and in the field.

GER: How do you find out what robots customers and GE businesses want?

JL: It happens in multiple ways. In some cases, our customers come to us with key challenges and ask for help. In other cases, we’re inventing new technology and sort of provoking an idea with them. The key is in focusing on problems whose solutions have high value and then backing out the technology play from there. I’ve seen companies spend a lot of money doing the opposite — essentially building “cool” technology and then looking for a problem to solve. That doesn’t tend to work out.

GER: How did you get involved in robotics?

JL: As a kid, I was always fascinated by science fiction, and that really pushed me toward math and the sciences. I took my first computer science course in my freshman year [of college] and fell in love with programming. Seeing a program I wrote go off and do something “intelligent” on its own was magical to me.

GER: When did you join GE?

JL: I started working at GE Global Research a little over 18 years ago, and I was able to take those basic skills and expand them as I rotated through different labs, working on various aspects of AI and intelligent systems, and that eventually led to robotics. We have an absolutely amazing team here that pushes the envelope in robotics every day. I’m continually learning, which makes for a lot of excitement.

GER: Where do you see robotics going?

JL: We see robots, and specifically industrial robotics, as moving through three phases: robots as tools to robots as partners, and ultimately to robots that sustain the things we care about. There are examples that you can point to today that touch upon all three, but the vast majority are stage one. The megatrends we spoke about will enable increases in robot perception, reasoning and dexterity, and will enable a host of very exciting systems that will impact many aspects of our lives. We’re just scratching the surface today.