Riders On The Storm: GE Is Building A Wind Turbine That Can Weather Violent Typhoons, Hurricanes

Much like hurricanes in the northern Atlantic, typhoons are a perennial menace threatening Japan, the Philippines, China and other nations sitting on the Pacific Rim. Last year the region endured 11 of these tropical cyclones, whose winds can toss vehicles into the air, uproot trees and tear roofs from houses.

They're also a threat to the adoption of wind power in island nations like Japan, where wind power represents a small — 3.4 gigawatts — but growing generating capacity. Engineers from GE are now working to make sure that new wind farms can survive nature’s tantrums.

A “normal” wind turbine can withstand wind speeds of up to 42.5 meters per second, or about 94 miles per hour. That’s around the same strength as a Category 1 storm like last year’s Hurricane Nate, which hammered Central America.

So GE Renewable Energy is building a stronger one. A team in Barcelona is working on a special class of turbine called the 4.2-117. It can withstand violent typhoons with gusts of up to 57 meters per second, or 128 mph. “These turbines are not a normal class of turbine,” says Ismael Hidalgo, an onshore engineering manager at ‎GE Renewable Energy in Barcelona, who is leading the team designing these machines.

How do they go about doing this? First, a brief lesson in turbine engineering. There is a simple rule of thumb for wind turbines: The bigger the blades — or rotor diameter — the more power it can generate. 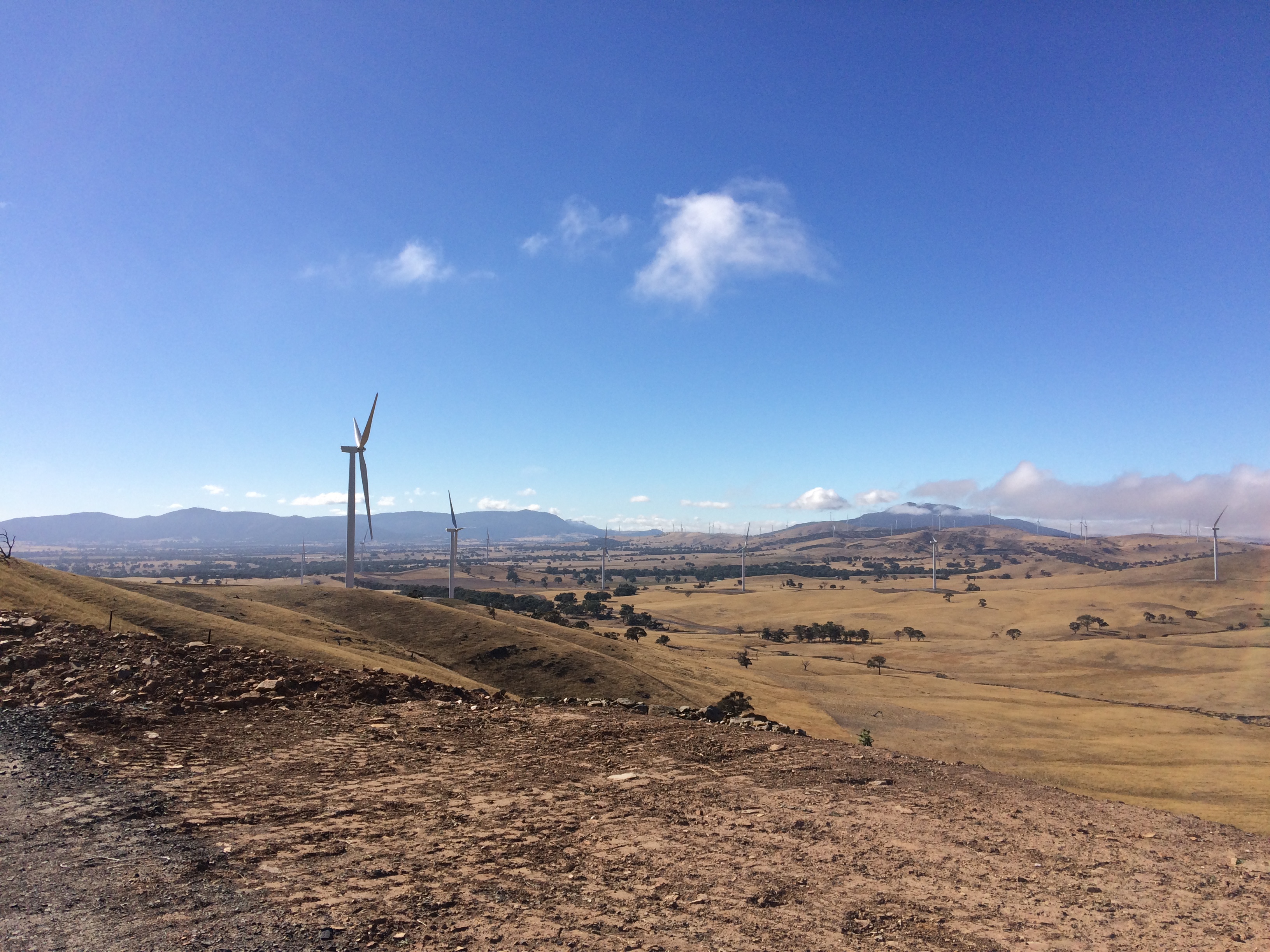 
For example, the rotor diameter for GE’s 1.7 MW onshore model is 100 meters, which is around the length of a soccer field. As its name suggests, the turbine can generate 1.7 MW. The 4.8 MW version is a whopping 158 meters — just a bit shorter than the Washington Monument. So you can see how that extra length packs a punch.

Longer blades are typically better because they work like a lever and need less wind to make the generator spin. Made mostly from fiberglass, they are designed to flex and handle the vast majority of what the weather blows their way.

You might think the solution is obvious — shorter blades. That's certainly part of it — GE’s 4.2-117 typhoon-resistant turbine has a relatively modest rotor diameter of 117 meters, which Hidalgo says is critical to reducing the mechanical load on the tower.

But typhoon-proofing a turbine involves fine-tuning the dimensions of other main parts, as well. For instance, the tower that holds the turbine and rotor in the air is made from steel that is thicker than usual. This meatier trunk anchors the turbine like a mighty redwood tree. The entire 4.2-117 turbine weighs around 460 metric tons, which is 100 to 150 metric tons heavier than a standard turbine. True, the installation requires a bigger crane — but the extra cost can work as insurance for future storms.

Despite its clipped wings, the 4.2-117 turbine still packs top-tier power, generating 4.2 MW. You might wonder how smaller turbine blades punch above their weight in terms of power output. Hidalgo explains that wind power is a factor of the swept area of the blades and wind speed. So the unusually strong winds do the heavy lifting in the equation.

Another upside: The shorter blades are easier to move on the road. “Sometimes you are limited by the roads and bridges in Japan, so you need blades that can actually access the area for your wind farm,” Hidalgo says, adding that it takes nine trucks to transport the typhoon turbine to its location.

Typhoon-resistant turbines make good sense in Japan, where typhoon season begins in late August and runs until late October. About 30 typhoons and tropical storms form every year over the northwest Pacific Ocean, and several of them make landfall in Japan.

The sturdy turbines can work anywhere in the world. In strict weather terms, a typhoon is not really any different from a hurricane or cyclone. This means the tough 4.2-117 could stand tall on the blustery pampas of Argentina, on the U.S. Gulf Coast or in India.

GE will start assembling a prototype of its typhoon-proof turbine at the National Renewable Energy Laboratory in the Netherlands in June. The turbine will also undergo six months of rigorous testing. “We’re building a turbine to withstand an exceptional event,” says Hidalgo. “So we will simulate extreme conditions, and see if the data that we collect matches up with our expected values.”