Power Pool: Here’s What It Takes To Electrify West Africa

In parts of West Africa, an act as simple as walking into a room and turning on a light can be something of a luxury. Only half the population has access to electricity, which means 188 million people live without basic amenities such as light and power. Without reliable electricity children struggle to study after sunset, entrepreneurs can’t build businesses to create jobs and healthcare remains behind the times.

But the situation is starting to change for the better. Over the past 20 years, a coalition of 14 nations, including Ghana, Chad and Nigeria, has been working to connect those countries’ power grids to one another in order to create a unified power market where electricity can flow from Senegal, in the west, 2,430 km east to Niger and everywhere in between. Over the next two years, countries in the West African Power Pool (WAPP) will start to buy and sell electricity depending on their generation capacity and their needs. The idea is that by creating a large unified power market instead of 14 small markets, West Africa can attract more investment in the power industry to build cleaner and more efficient natural gas and hydropower plants.

The Manantali hydropower plant in Mali is a good example of how the WAPP will benefit the region. It was built in 2001 as a joint project between Mali, Senegal and Mauritania. The countries were able to secure financing for the project from Germany, France and the World Bank because the electricity generated by the plant serves such a large region.

The WAPP is a promising idea that’s been slowly coming to fruition. The undertaking, which is projected to cost $14 billion, will require 16,000 km of new power lines — that's more than 3.5 times the distance between New York and Los Angeles — as well as transformers, substations and the other equipment needed to run an electricity grid. 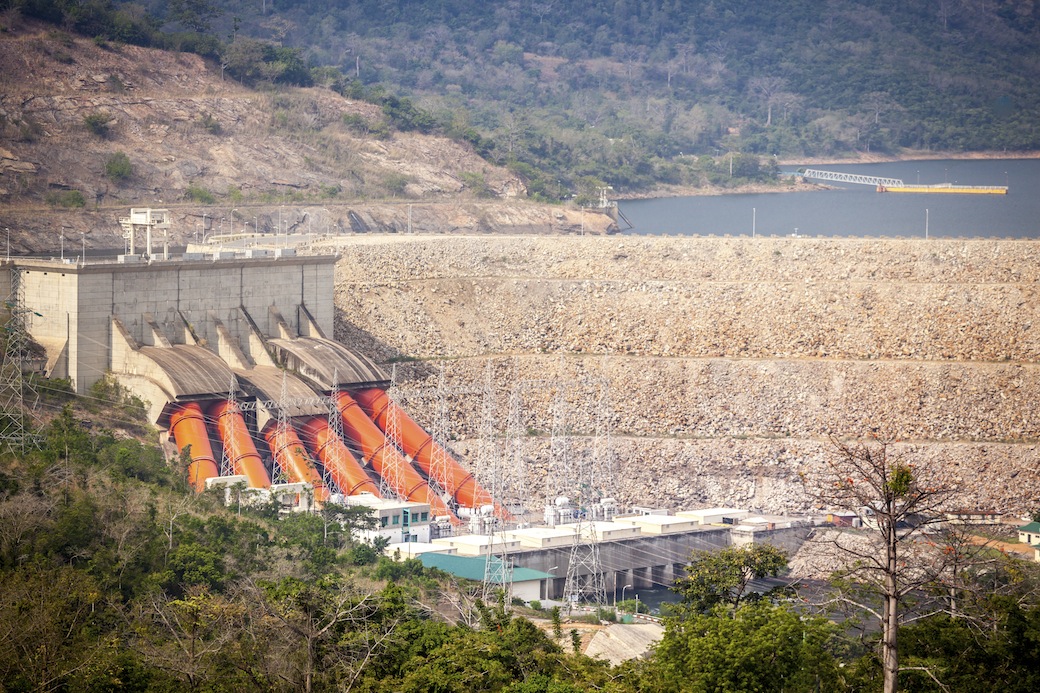 Above: The Akosombo Hydroelectric Power Station on the Volta River in Ghana. Top: Some 188 million people live without basic amenities such as light and power in West Africa. The West African Power Pool will allow members to buy and sell electricity depending on their generation capacity and their needs. Image credit: Getty Images.


It will also require a clear view of where electricity is flowing at any given moment, not only to facilitate energy trading but to ensure the grid remains stable and countries don’t end up suffering blackouts due to swings in supply and demand. Such swings must be perfectly balanced for the grid to work well. “We are going to establish a grid-monitoring ‘cockpit’ for the entire region with GE technology,” says Lazarus Angbazo, CEO Sub-Saharan Africa for GE Power’s Grid Solutions business. “From there we’ll have a view of the entire regional network and we’ll be able to manage the flow of energy.”

The new center, which GE is currently building in Abomey-Calavi, just outside Cotonou, Benin, on the Gulf of Guinea, will be mission control for the entire WAPP. Engineers will be able to track the flow of energy and reference digital simulations to model what will happen under different conditions. They’ll be able to tell in advance what will occur if, for example, Ghana buys 200 megawatts of power from Nigeria on a given day and ensure that every country has the power it needs. “The exact impact of that transaction, everything will be monitored so there is no risk to the grid,” says Eric Amoussouga, regional sales director for GE Power.

Getting to the point where monitors will have the data they need to track the electrons has been no easy task. Last year, just eight of the participating countries operated dispatch centers monitoring their national flow of electricity. The other countries were relying on constellations of local power plants that neither connected nor talked to one another. This made the process of gathering data and modeling power distribution tricky. “We had to make surveys of substations on the ground, collect the data manually and then put it into the system,” says Amoussouga. He expects the survey will be completed by the end of the year.

To collect data in real time about where the energy is at any given moment, GE helped hook up key substations to telecom links that collect data showing the output of energy every two to three minutes. That information will soon travel via optical fiber or satellite to the main dispatch center in Benin. There it will integrate into GE’s Energy Management System software platform, which will display the flow of power visually. Dispatchers can then share that information with buyers and sellers and integrate it into the existing models.  GE has also delivered national dispatch centers to Senegal, Ivory Coast, Togo/Benin, Burkina, Mali and Guinea. “When you combine the models with data you get real insight into what is happening on the network,” Amoussouga says. “In a simulation you can open a line and see what would happen.”

Such high-level monitoring should help keep the grid stable as electricity moves from country to country. A stable grid will go a long way toward bringing more investment to the WAPP. The center should be completely operational in 2020.

“Right now in West Africa, some countries only have electricity in the morning, some only have it in the afternoon,” says Amoussouga. “We’re hoping to get electricity to everyone all the time.”