Power of Numbers: Daniel Caratini Brought A Love For Math From Puerto Rico To GE. Now He’s Paying It Forward 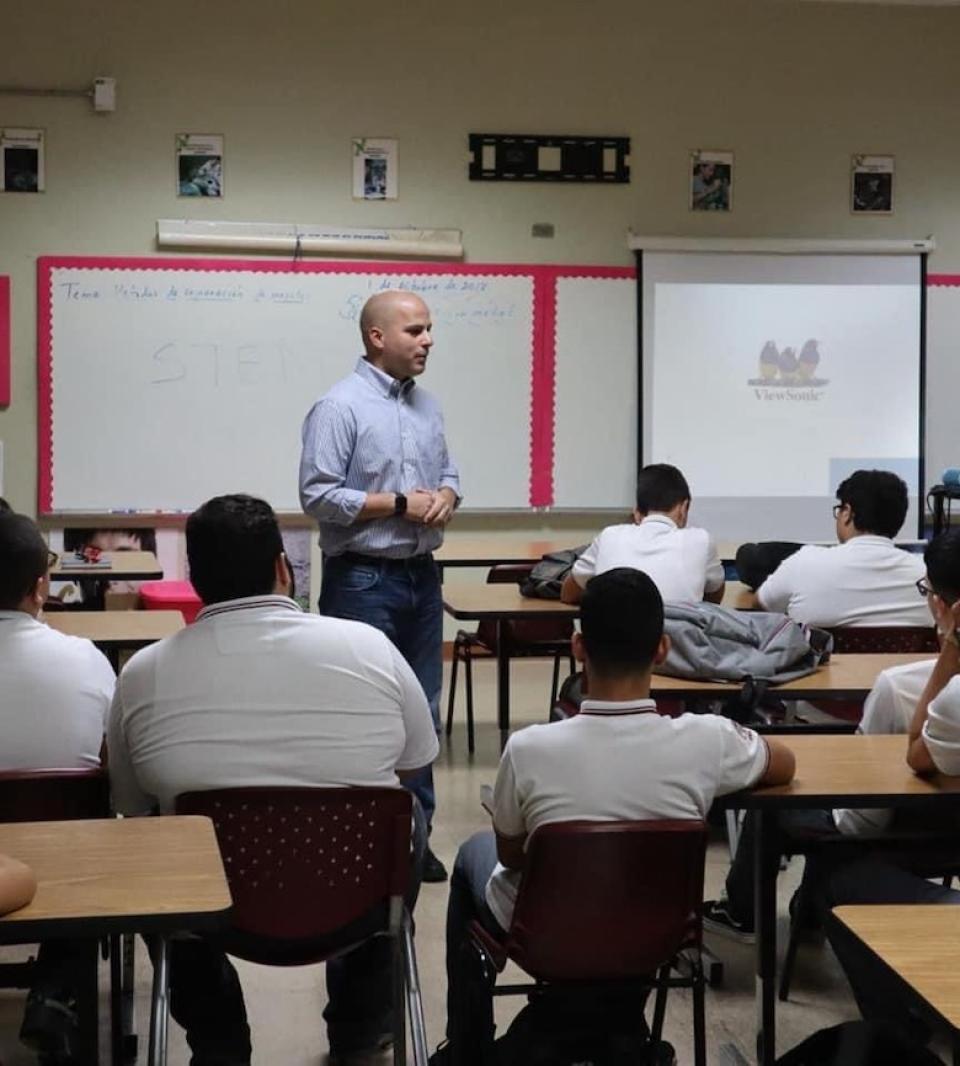 Daniel Caratini was interviewing for a job at GE Power in 2008 when an employee reached out to him. “We have this great network of Hispanics and Latinos who will become part of your family,” she told him.

The employee was referring to GE’s Hispanic Forum, an employee resource group that this year is celebrating a quarter-century of working to increase representation and support Hispanics/Latinos(as) at the company. “That hooked me,” he recalls. “If I came to this company, I knew I needed to join this employee resource group to meet people who have a similar background.”

Caratini joined GE Power in Greenville, South Carolina, as a lead engineer, and today he is an executive chief consulting engineer at GE Aviation. He never forgot the lure of forming a community with other Hispanics, and serves as the operating co-leader for the Hispanic Forum, which counts more than 4,000 employees as members. He also serves as executive sponsor for the Society of Hispanic Professional Engineers (SHPE), which named GE its company of the year for 2021.

Caratini’s journey underscores the power and importance of community in recruiting employees and in nourishing job satisfaction. “Coming in as a new employee,” he says, “the people that I met embraced me and helped me achieve a sense of belonging, and later became my family away from family.” His story is also that of a smart, hardworking boy from a modest background.

It began when he was growing up in Puerto Rico and participating in math competitions as a middle school student. In high school, he connected with a teacher who was dedicated to helping students prepare to compete at these contests. With his guidance, Caratini earned a place on teams representing Puerto Rico in two international math competitions, in Chile and Costa Rica. “That desire to know a lot about math really led me to start thinking about a career in engineering,” he says.

He went on to the University of Puerto Rico-Mayaguez, where he met his future wife, Elsie, during their freshman orientation week. Caratini put college on hold when he was called up to active duty in the Army after the Sept. 11, 2001, terrorist attacks. He had joined as a reservist to serve his country and to support his education.

After serving as part of Operation Noble Eagle, Caratini finished his bachelor’s degree at the University of Michigan. He had a passion for cars, spending hours modifying engines to make them go fast. So it’s no surprise that his first job was in automotive engineering at Fiat Chrysler. 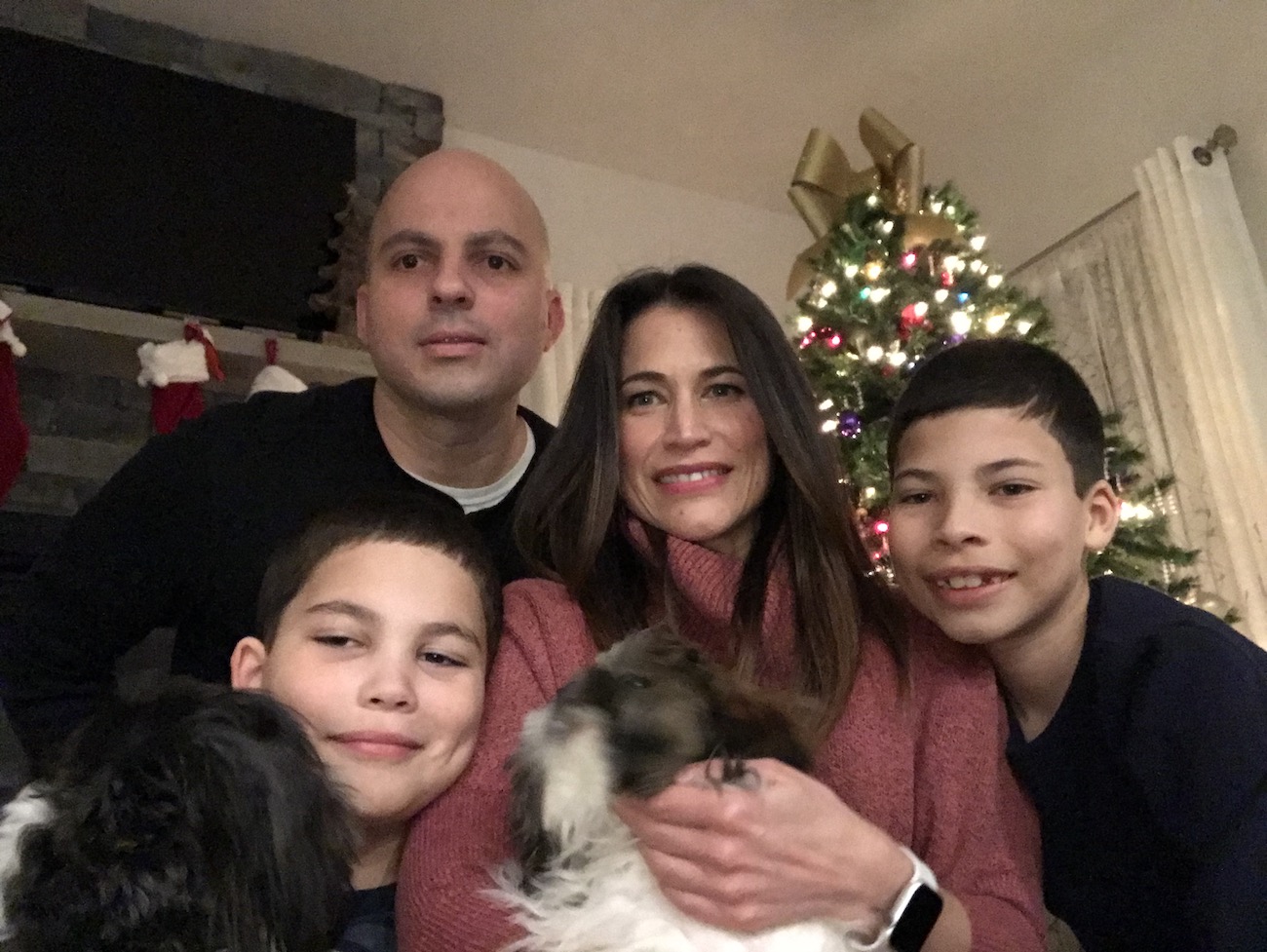 Four years later, he and his family moved to Greenville to work at GE Power. Next, they spent almost three years in New York, where Daniel worked for GE Global Research. They moved to Cincinnati, Ohio, in 2019.

Throughout this time, as he strove to give back, Daniel was involved in recruiting, especially at the University of Puerto Rico. “During recruiting trips, I would make a quick stop at my high school and talk to students about joining careers in STEM,” he says. “My key message is: Do something you’re passionate about. And find a career that you’re happy with.”

At GE, Caratini has come full circle with the Hispanic Forum, taking on a co-leadership role early this year with Alvaro Corena. After the challenges of the COVID-19 pandemic, which changed how factories and employees go about their daily work and interact, they set out to revitalize the organization by engaging GE’s Hispanic leaders across the United States. They formed a national operating team and developed a virtual summit to mark the group’s 25th anniversary, with professional development workshops and speakers such as labor leader Dolores Huerta, co-founder of United Farm Workers.

The Hispanic Forum has three major goals, Caratini explains: “increase representation, develop our people and support our community.” While GE’s chief diversity officers are ultimately accountable for increasing representation, he adds, “as an [employee resource group] we can support their goals by developing employees to give them a better opportunity to compete for the roles they choose.”

Caratini, Corena and the GE Hispanic Forum teamed with Tony Denhart, GE’s university relations director, to deepen the company’s partnership with the SHPE. GE has been an active member of the organization’s Industry Partnership Council (IPC) since 1994. One area of focus is talent. In the past five years, GE has interviewed over 700 college students and professionals and has provided internships or hiring opportunities to more than 200 SHPE members, Caratini says. Recently, he helped introduce GE’s chief diversity officers to the leaders of SHPE to start conversations about how GE can deepen the SHPE-GE partnership to support and hire more Hispanic employees. This year, the SHPE National Convention gave GE its SHPE Technical Achievement and Recognition (STAR) Award for Company of the Year, “for demonstrating significant, measurable and visible assistance to further SHPE’s programs.”

Caratini’s emphasis on helping others develop serves him well in his role as chief consulting engineer, which he started in November 2020. “For cost and producibility [as a technical discipline], our focus is to improve our designs to achieve first-time yield and design-to-cost, all with a safety-first mindset,” he says.  As for his GE career, he spends time honing the GE leadership behaviors of transparency, humility and focus to support the company’s goals.