Plain Energy: Huge New Mexico Wind Project Will Be Capable Of Powering The Equivalent Of 590,000 Homes 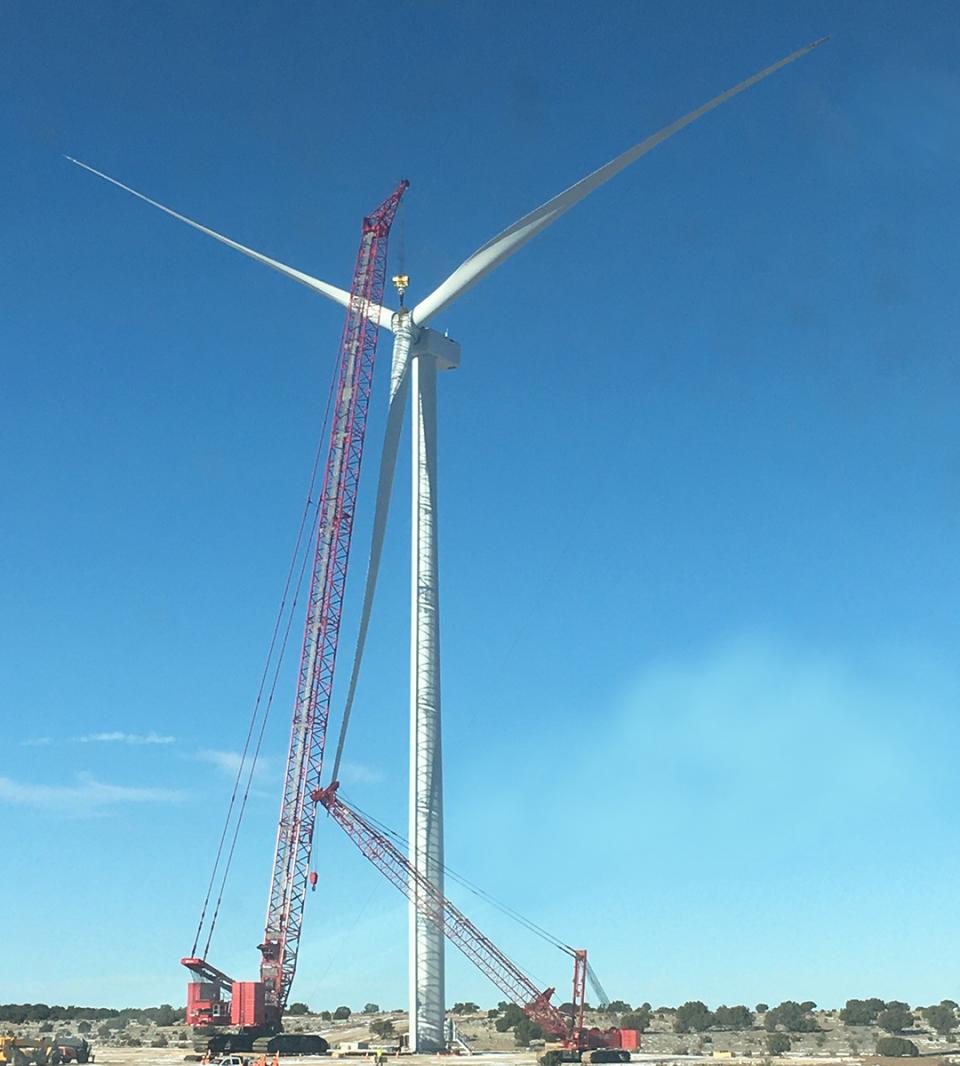 Pretty soon the bristly grasses of the high plains won’t be the only thing catching the wind in central New Mexico: Western Spirit Wind, an installation built by the southwestern utility Pattern Energy, is set to deliver more than 1,050 megawatts of renewable energy from four separate wind farms. The Western Spirit Wind project is scheduled to be the largest wind installation in the state, when completed. And this week Pattern Energy announced that the project will be powered by 377 2-MW turbines from GE Renewable Energy.

Turbine deliveries have begun already, with commercial operations planned to start before the end of the year. The 377-turbine order, which includes a 10-year full-service agreement, will be capable of powering the equivalent of 590,000 homes. Western Spirit Wind will rely on turbines ranging from 2.3-2.8 MW in nameplate rating, and use various tower heights to better capture the wind.

“GE Renewable Energy is delighted to work with Pattern Energy on the Western Spirit Wind project, and continue our strong relationship,” said Tim White, CEO of GE Renewable Energy for Onshore Americas. “GE’s 2 MW platform is extremely well-suited to the region, with 98%+ availability to help ensure the reliability of sustainable, more affordable, renewable energy delivery to the region. We are proud to be a part of helping New Mexico work toward its renewable energy goals.”

In 2019, New Mexico enacted legislation setting out ambitious energy targets to be achieved with the help of solar panels and wind turbines. The state is requiring investor-owned utilities and rural electric cooperatives to get at least half of their electricity from renewable sources by 2030, and at least 80% by 2040. The city of Albuquerque is moving even faster, aiming to go 100% renewable by 2022.

Reduced reliance on fossil fuels won’t be the only benefit of the agreement with GE Renewable Energy, though. Pattern Energy CEO Mike Garland said, “Western Spirit Wind and the Western Spirit Transmission Line will bring more than a thousand construction jobs to New Mexico and billions of dollars in economic benefit, while creating a significant new source of clean power.”