Personal Best: Why Logan Mueller Runs with a Sense of Purpose

Logan Mueller’s work-life epiphany came in October 2018, in the middle of her first 12-hour ultramarathon. Mueller is an avid runner, but on a 2.2-mile loop she hit a wall around the eight-hour mark. The temperature had crept up to the nineties and she was losing steam. Things had gotten so tough she’d begun to sob. She stopped at a refreshment station and was seriously considering quitting when a volunteer asked what she could do to help.

“Drink this Coke,” the volunteer said. “I’m going to wrap this bandana with ice around your neck.”

It may not sound like much, but in that moment it was enough to make Mueller believe she could attempt one more loop. Which became five. And then seven. And, well, you know.

The lesson she learned was simple but profound. “However I’m feeling right now doesn’t have to remain true for how I’m going to feel forever,” says Mueller, who serves as a senior lean leader in Aeroderivative Engine Operations at GE Aviation. “And I feel like I bring that into how I work. If someone’s saying, ‘We’re never going to be able to achieve this year’s goals,’ I would ask, ‘What would you need to do to achieve this month’s goals? Or this week’s?’”

Mueller studied chemical engineering in college but quickly found herself energized by the human components of the field. It’s what drew her to operations management and environmental health and safety. Long before the term “psychological safety” was on everyone’s lips in every office — or on every Teams call — Mueller made sure people working with her knew what it meant. Whether she’s coaching runners aiming to complete a marathon or executives at GE Aviation on their lean journey, Mueller has discovered that her role is “to help someone else become the person that they want to be.”

One of the keys to getting that done is Mueller’s dedication to continuous improvement. It has helped her advance her running goals — whether she’s cardio training at home on her Peloton or going on long weekend runs — and in her experiences at GE. She strives to solve problems in the moment and help colleagues feel more like humans and less like “GE robots.”

“I interact with people with this strong interest in helping them bring their best version of themselves to work and knowing they’re safe with me,” she adds. “And I’m not going to make this a place of judgment if you’re having a hard day.”

Until she faced perhaps her own hardest day, Mueller had never really considered herself a runner. She had taken it up as a way to exercise her dog, Franco, whom she brought home from a shelter during her senior year in college. She started running recreationally, even training for and completing three half-marathons in the first couple years. But it wasn’t something she needed to do. It was just something she did. 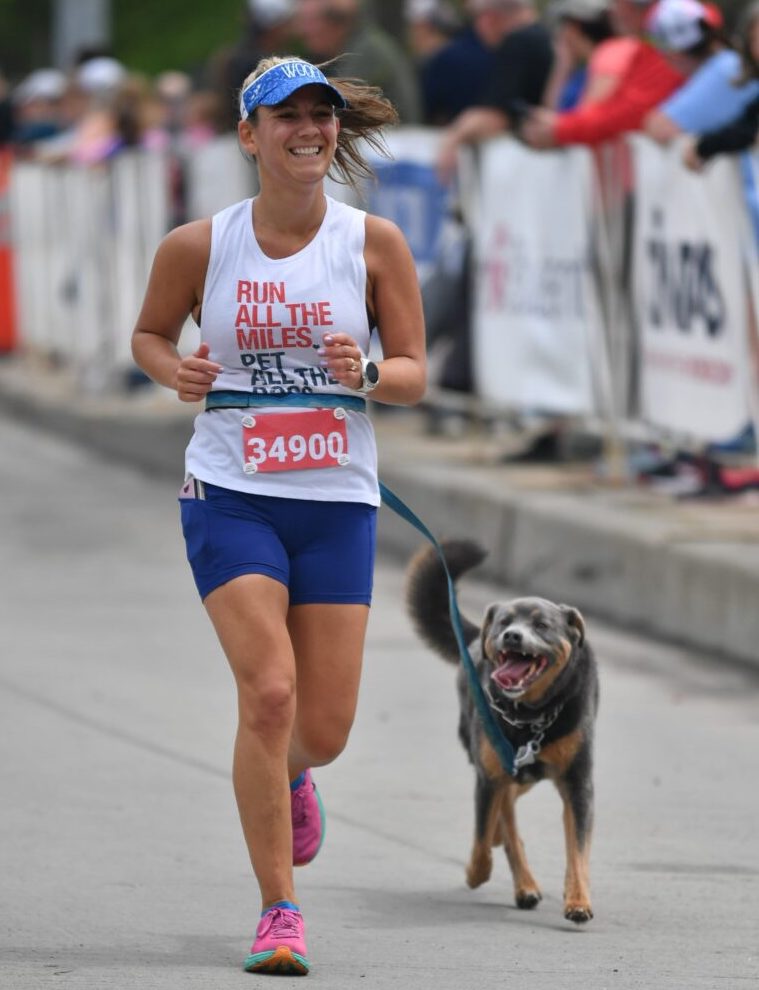 That all changed in November 2016, when her younger sister passed away. Powering through her grief, Mueller asked herself, “What are the things that I’ve always wanted to do that I’ve either been too afraid of or, you know, [content with] maintaining my little comfort zone of Cincinnati?” One was a backpacking trip in Europe. The other was running a marathon.

Looking back, it seems like a small step. But for Mueller it became a transformative act. One marathon led to another. Then morphed into ultramarathons, 12-hour races, and a personal challenge to run at least one mile 30 days in a row, which ballooned into 1,000 days in a row. (She’s currently up to 1,090 days and counting.) Running has “become part of my identity more than anything now,” she says. She’s even applied the lean organizational principle of “5 S” to the backpack she brings to each race. “It looks almost like a fisherman’s box,” she says, “where everything’s organized and has a place and I know where to find it” — another small adjustment, thanks to lean, that’s improved her race-day experiences.

After Mueller’s mother was diagnosed with pancreatic cancer, last October, running took on even greater meaning. Mueller began training for the 2022 Chicago Marathon while raising money for Project Purple, the charitable foundation focused on finding a cure for pancreatic cancer. When her mother passed away this spring, running became the safest place for Mueller to “process my feelings and be the best version of myself.” 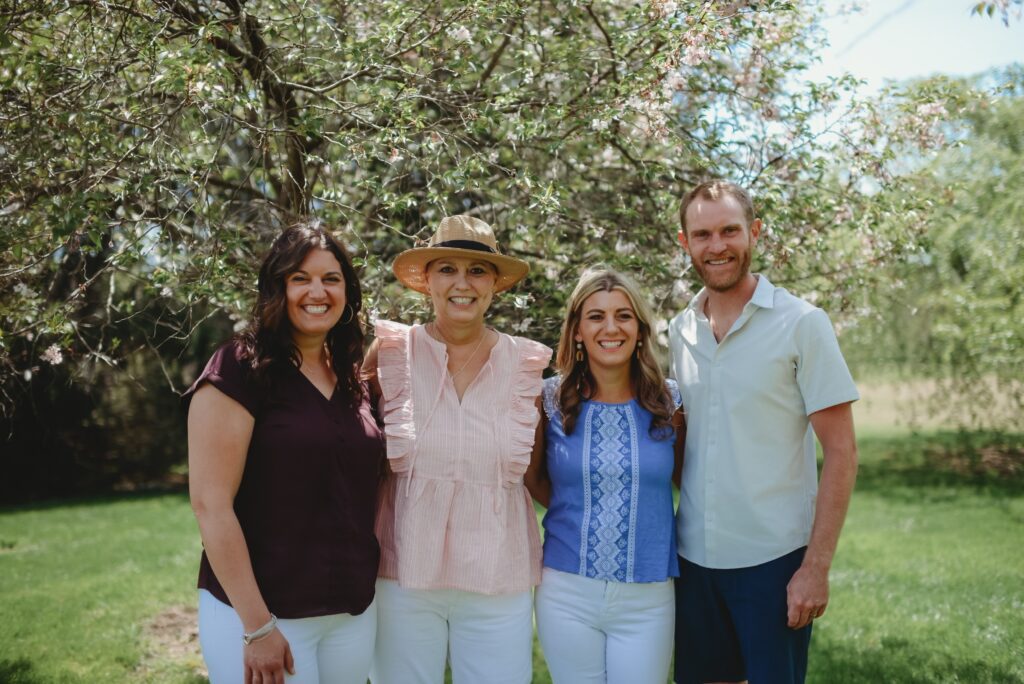 “To run with this purpose that’s much bigger than myself is really exciting,” she says. “And I’ve never done a world major marathon, so that’ll be cool, too.

“I’m much more excited to run in honor of my mom and her legacy, more than anything else,” she adds, “because my mom was a pretty special woman.”