Next Stop, Wabtec: GE Completes Spin-Off And Merger Of Its Transportation Unit

GE announced today that it has completed the spinoff and merger of its Transportation business with Wabtec Corporation. GE received approximately $2.9 billion in cash as well as shares of Wabtec common stock and Wabtec nonvoting convertible preferred stock that together represent an approximately 24.9 percent ownership interest in Wabtec. GE shareholders own about 24.3 percent of Wabtec on a fully diluted basis.

The combined company, which is expected to have revenues of more than $8 billion in 2019, has approximately 27,000 employees in 50 countries. It is based in Wilmerding, Pennsylvania.

“This transaction is good for GE shareholders, who gain equity in an organization at the forefront of rail innovation; for GE, as we work to reduce leverage and strengthen our balance sheet; and for Wabtec, which now has a stronger and more diversified business mix to serve its customers,” said GE Chairman and CEO H. Lawrence Culp Jr. “The GE and Wabtec teams worked hard to complete this deal, and I am excited by the opportunities ahead for Wabtec.”

Raymond T. Betler, Wabtec’s president and CEO, said the deal was “a once-in-a-lifetime opportunity to bring together nearly four centuries of collective experience to create a technologically advanced leader with a highly complementary set of capabilities to move and improve the world.” 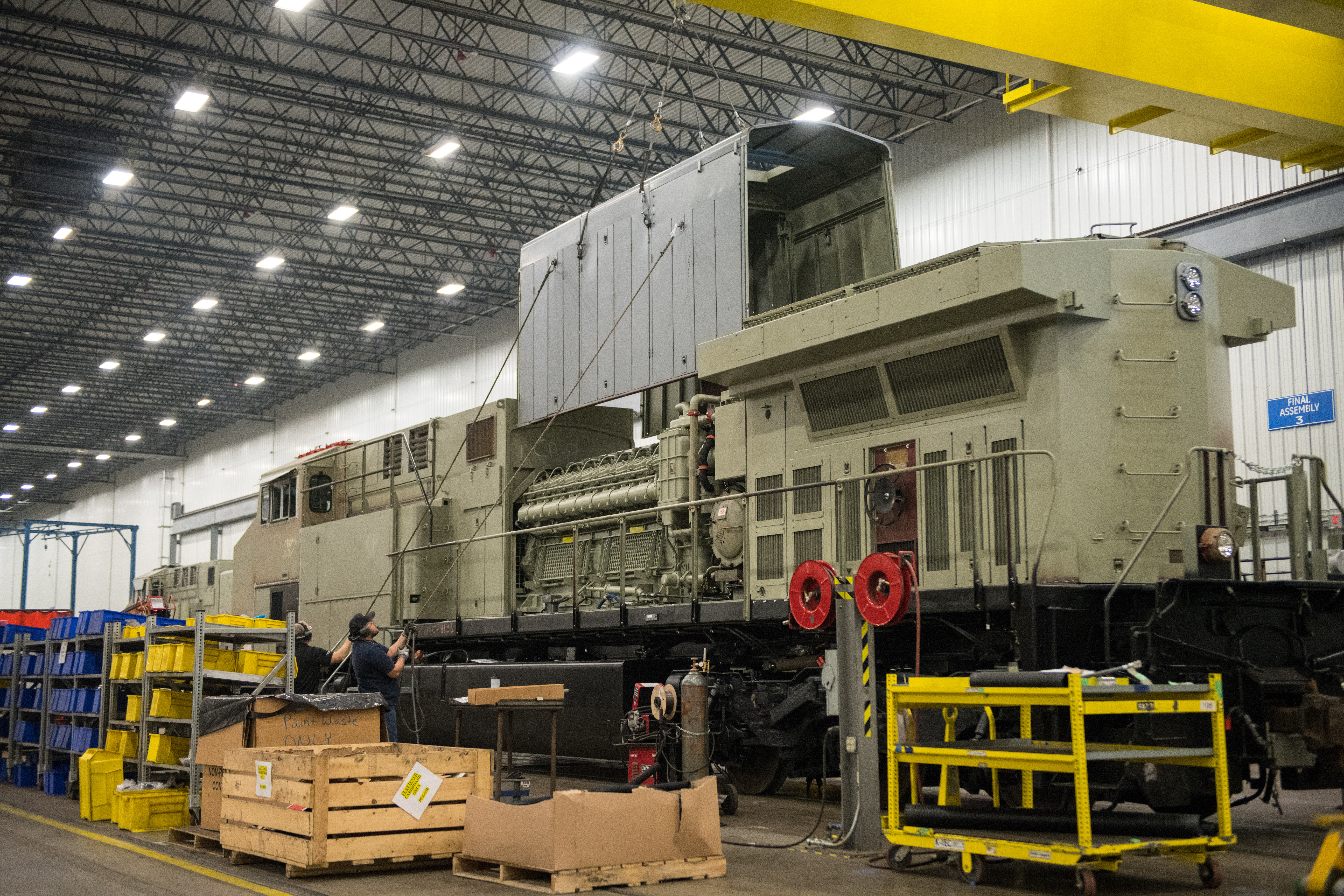 Top: A GE Transportation plant in Fort Worth, Texas. Above: Over the last decade, GE Transportation has upgraded more than 2,000 locomotives for close to 40 customers around the world, and the company has strong orders for modernization from railroad operators like Norfolk Southern and Canadian Pacific. Images credit: Tomas Kellner for GE Reports.


As we previously reported, GE Transportation has a long history of innovation, stretching from the first electric locomotives to the first freight locomotive that meets the U.S. government’s strict Tier 4 emission standards. The company unveiled the Tier 4 locomotive a few years ago. It has also expanded heavily into software and the lucrative business of locomotive upgrades. Over the last decade, GE Transportation has “transformed” more than 2,000 locomotives for close to 40 customers around the world, and the company has strong orders for modernization from railroad operators like Norfolk Southern and Canadian Pacific. An overhaul can lower the amount of fuel the locomotives need by 10 percent, increase reliability by 40 percent and boost their ability to haul cargo by 50 percent.

New and overhauled GE locomotives come laden with sensors monitoring between 50 and 250 parameters, including vibrations, engine temperature, voltage and pressure. A set of GE algorithms then crunches the information and flags potential problems to operators working at several mission-control-like centers located around the world.

Wabtec is a global provider of equipment and systems services for transit and freight rail. Through its subsidiaries, the company manufactures a range of products for locomotives, freight cars and passenger transit vehicles. The company also builds new switchers — locomotives used to move cars around in railyards — and commuter locomotives. It also provides aftermarket services.